15 of the Greatest WWE Female Wrestlers of all Time

World Wrestling Entertainment (WWE) has been responsible for producing some of the greatest wrestlers of all time. This is certainly true when discussing the female division. Ever since the Fabulous Moolah joined the company way back in 1983, women wrestlers have been ever-present in WWE programming.

WWE female wrestlers have gone through many changes over the decades. At first taken seriously by the company, women’s wrestling soon devolved into model competitions and bra and panties matches during the 90s Attitude Era. The women wrestlers were highly sexualized and hired more for their looks than wrestling talent.

This continued throughout the Ruthless Aggression Era of the early 00s until the PG Era ushered in the newly created WWE Divas Championship. While there was still a bit of flesh shown, the spotlight was finally focusing on the women wrestler’s abilities. This really took off around 2015 with the Divas Revolution and the introduction of NXT talents Charlotte Flair, Becky Lynch, Sasha Banks, and Bayley.

After much backlash from the fans about the treatment of women wrestlers, the WWE higher-ups finally listened. The women’s talent began to get engaging storylines and longer matches. This eventually led to the Women’s Evolution in 2016. Announced by Stephanie McMahon, this kicked off a new era of wrestling after Wrestlemania 32. The Diva moniker was dropped, with women now called WWE Superstars, the same as their male counterparts. The likes of Nia Jax, Rhea Ripley, Lacey Evans, Carmella, and Zelina Vega are all part of the new breed of women professional wrestling Superstars.

The past six years have seen some of the best women’s wrestling in history, with many talented women learning their craft in the WWE. To celebrate the trailblazers of yesteryear and the current Superstars, here are 15 of the greatest WWE female wrestlers of all time.

15 of the Greatest WWE Female Wrestlers of all Time 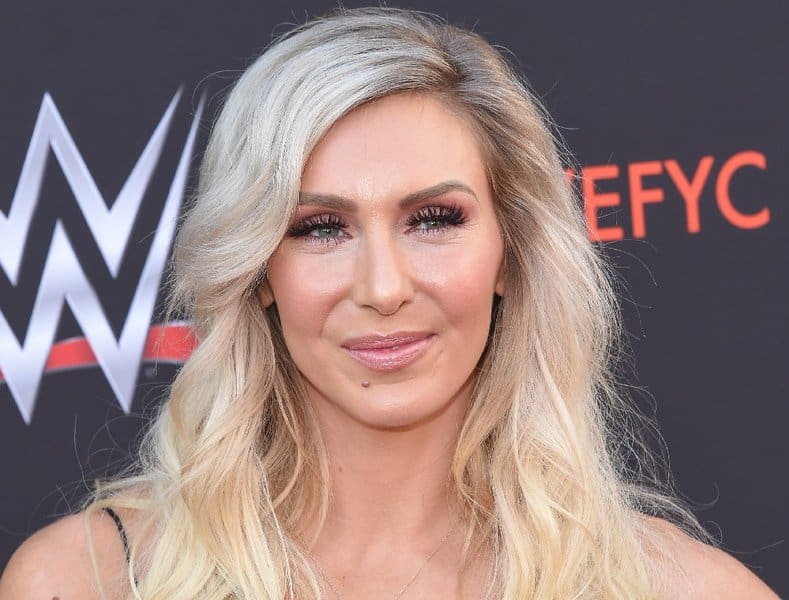 Taking after her father, the great Ric Flair, Charlotte Flair has blazed a path through the female division of the WWE. She rarely puts on a bad match and has had some of the most memorable feuds in wrestling history. While not always a crowd favorite (many feel she is given the gold far too often), there is no doubting Flair’s talent and influence on young female wrestling fans. 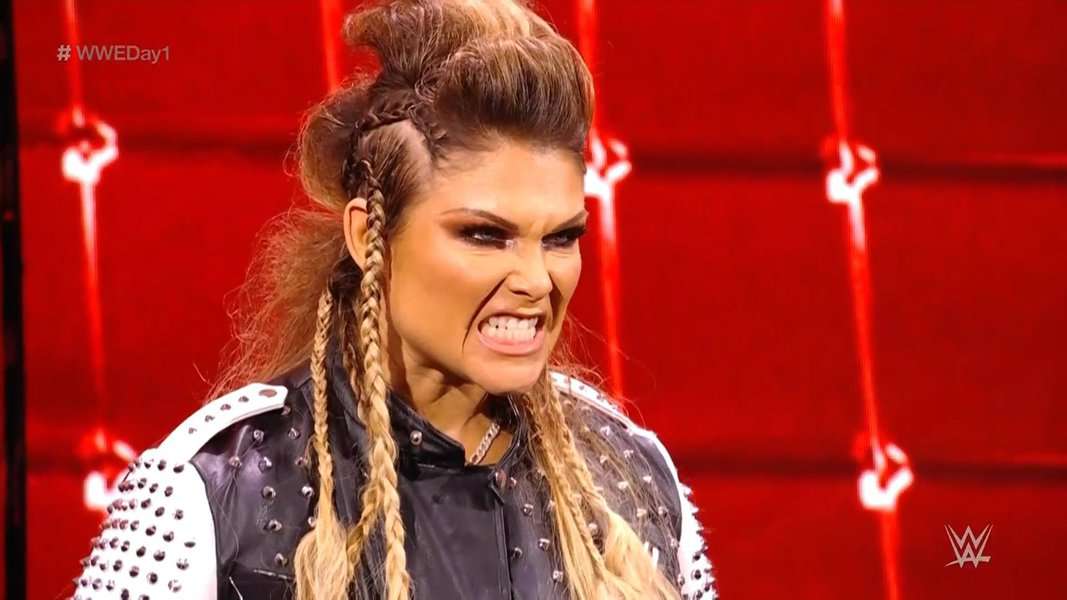 Beth Phoenix, also known as The Glamazon, got her start in WWE’s developmental territory Ohio Valley Wrestling (OVW). Possessing an imposing figure (she’s 5’7, which is tall for a female wrestler), Phoenix was a dominating force during her initial run in the company. Debuting on Monday Night Raw, Phoenix was a heel for the early years of her career. She eventually turned face when paired with comedy wrestler Santino Marella, with the two becoming an on-screen couple known as Glamarella.

Phoenix left in 2012 to focus on her relationship with fellow WWE Superstar Edge, with the two eventually marrying and having two kids. She returned in 2017 to be inducted into the WWE Hall of Fame. Since then she has been an announcer for NXT (2017-2021) and wrestled sporadically during 2022.

She is a one-time WWE Divas Champion and three-time WWE Women’s Champion. 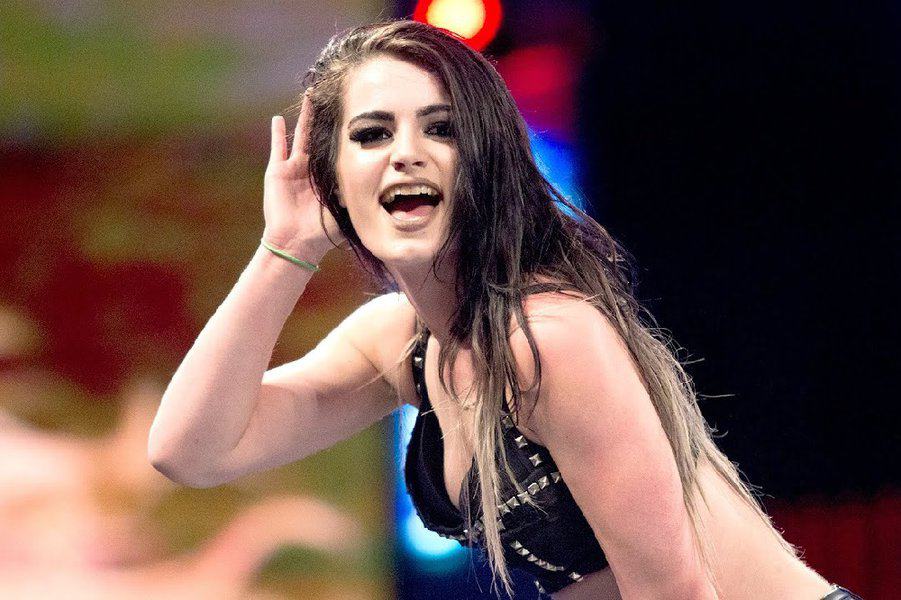 Paige has been in the news recently after her contract was not renewed by the WWE. Although eyebrow-raising, it wasn’t a total shock since Paige has been on the inactive list after she was forced to retire due to a neck injury in 2018 at the age of just 25. That said, her time in the ring was very memorable.

The English wrestler made a name for herself throughout Europe winning many different championships before being signed by the WWE. It didn’t take her long to make her debut, with Paige capturing the WWE Divas Championship at the age of 21, making her the youngest champion in history.

Paige had many memorable feuds with the likes of AJ Lee, Alicia Fox, and Charlotte Flair. After being forced to retire, she had many different roles within the company, including becoming Smackdown General Manager and managing the Kabuki Warriors (Asuka and Kairi Sane). While no longer with the WWE, Paige thanked the company in a statement and said she doesn’t believe her time in the ring is finished just yet. 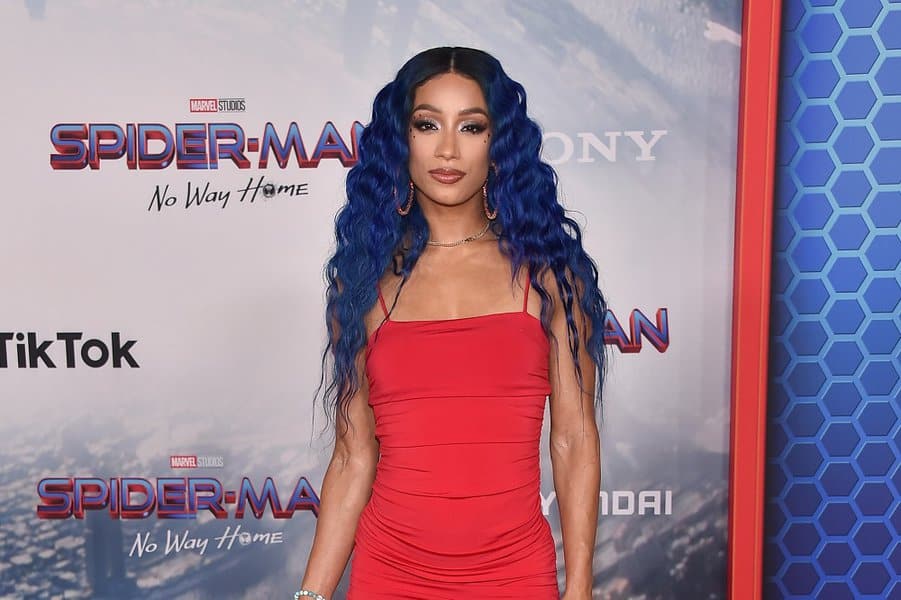 When it comes to the complete package, it’s hard to look past Sasha Banks. Not only is she an exceptional wrestler, but the “Boss” is incredible on the mic and has a fantastic character the crowd loves. While injuries and controversies have impacted her career, Banks always delivers in the ring.

She is a one-time NXT Women’s Champion, a five-time WWE Raw Women’s Champion, one-time WWE SmackDown Women’s Champion, and three-time WWE Women’s Tag Team Champion (twice with Bayley and once with Naomi). Banks has competed in some of the greatest women’s matches of all time, including her iron man match against Bayley at NXT Takeover: Respect in 2015 and her Hell in a Cell battle with Charlotte the following year. She is a future Hall of Famer for sure. 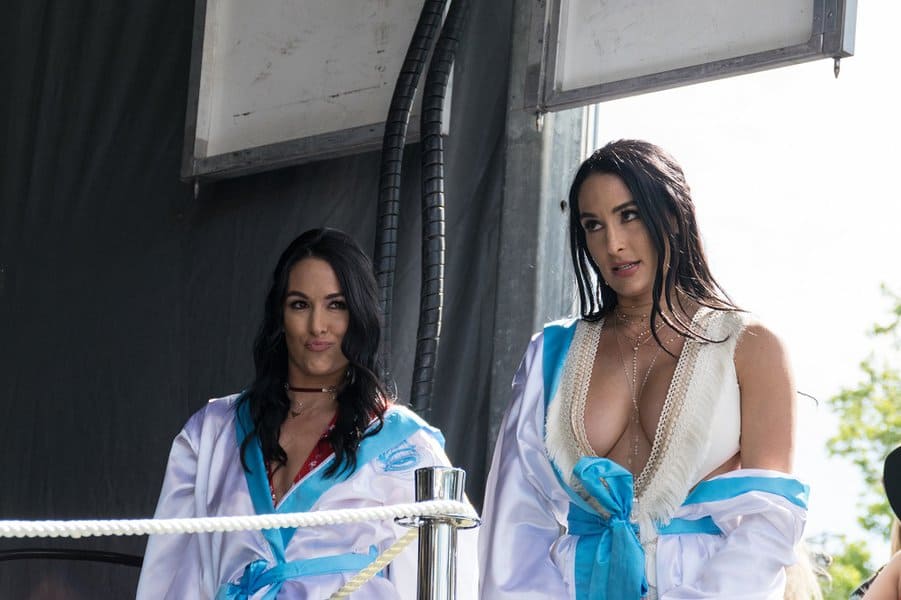 While both Nikki and Brie Bella have had outstanding careers in the WWE and could be discussed separately, they are best known as a tag team. So it makes sense to include them together on this list. The sisters have had two stints in the WWE, with their first being the most successful.

While many don’t consider them great wrestlers, the Bella twins are more than capable in the ring. But their best work was done outside the squared circle. The two were the stars of the hugely successful Total Divas series and went on to gain even more popularity with their own show Total Bellas. 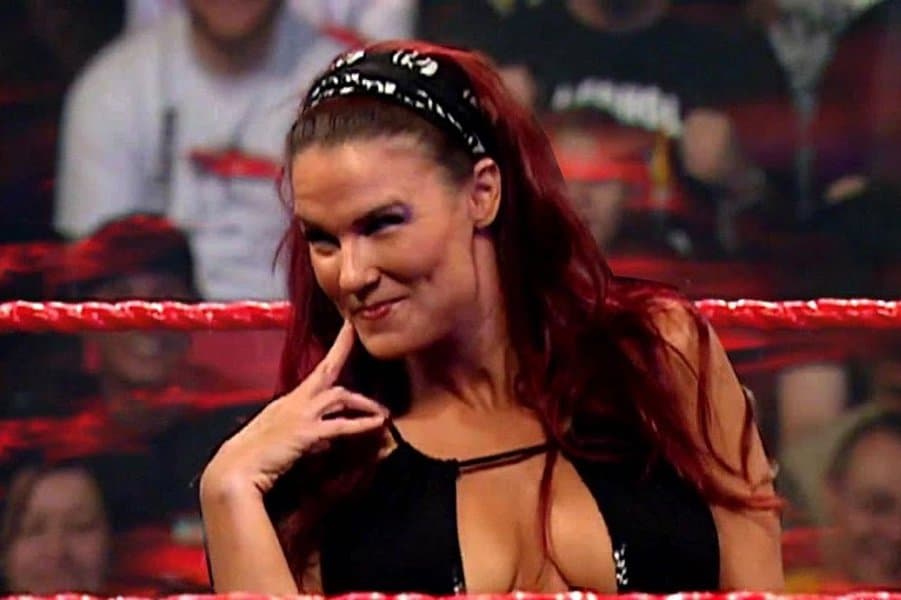 One of the all-time greats got her start as a manager in the WWE. As part of Team Xtreme with the Hardy Boyz (Matt and Jeff Hardy), Lita was an integral member of the group. Recognizable due to her alternate clothing, Lita often got involved in matches and wasn’t afraid to get physical with male Superstars.

She eventually entered the women’s title picture and her matches with Trish Stratus helped define the early years of women’s wrestling in the 00s. Lita became one of the most hated figures in WWE when she teamed with Edge. In real life, she cheated on her then-boyfriend Matt Hardy with Edge, and this played out on television for the world to see.

Since her official retirement in 2006, Lita has wrestled sporadically on the independent circuit. She has also come back to the WWE for several high-profile matches, including wrestling in marque matches the Elimination Chamber and Royal Rumble. 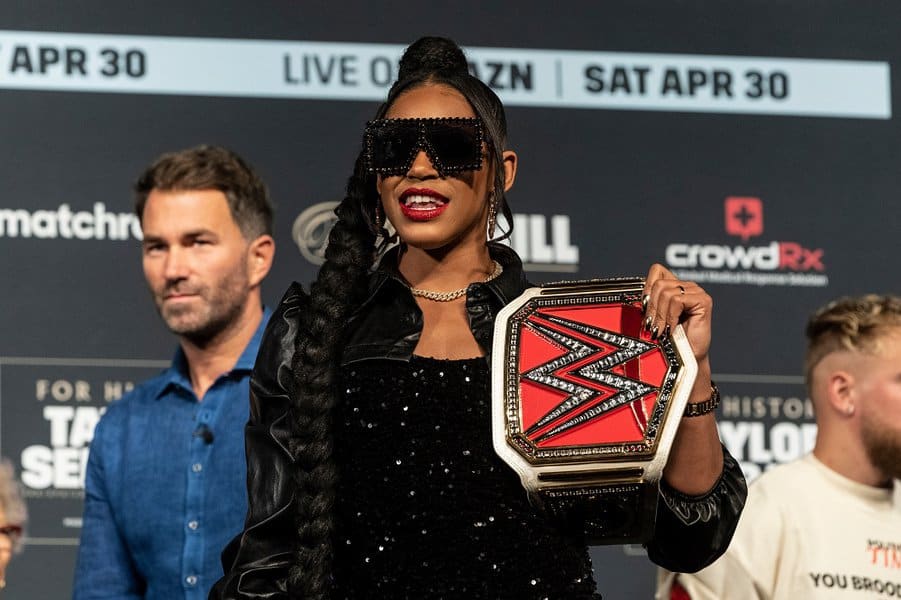 Although relatively new in the WWE, Bianca Belair has already taken the world by storm. She is the first African-American women Superstar to win the Royal Rumble match, is the second woman alongside Becky Lynch to headline Wrestlemania, and has won both the WWE SmackDown Women’s Championship and WWE Raw Women’s Championship (which she currently holds).

She is a psychical specimen who is technically sound and great on the mic. Her long-running feud with Becky Lynch has been the highlight of her career so far. 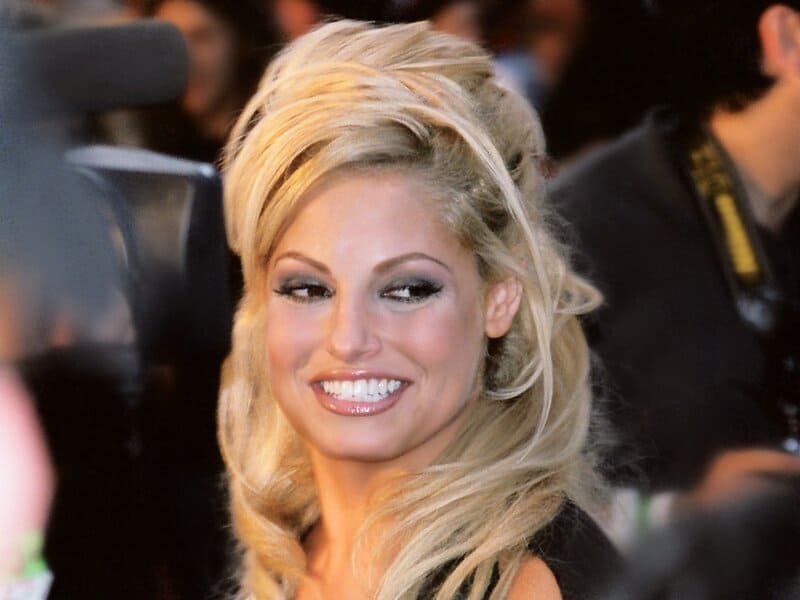 At the beginning of her WWE career, Trish Stratus was nothing more than something for men to drool over. She was involved in several storylines exploiting her sexuality and had a kayfabe affair with Vince McMahon. When she eventually got her chance to strut her stuff in the ring, all that was quickly forgotten.

Stratus is a pioneer in women’s wrestling and a true icon. She won the WWE Women’s Championship on seven occasions and even managed to get her hands on the WWE Hardcore Championship. She was ranked #1 of the “Top 50 Greatest WWE Female Superstars of all Time” by the WWE and is set to make another comeback at the age of 46 later this year. 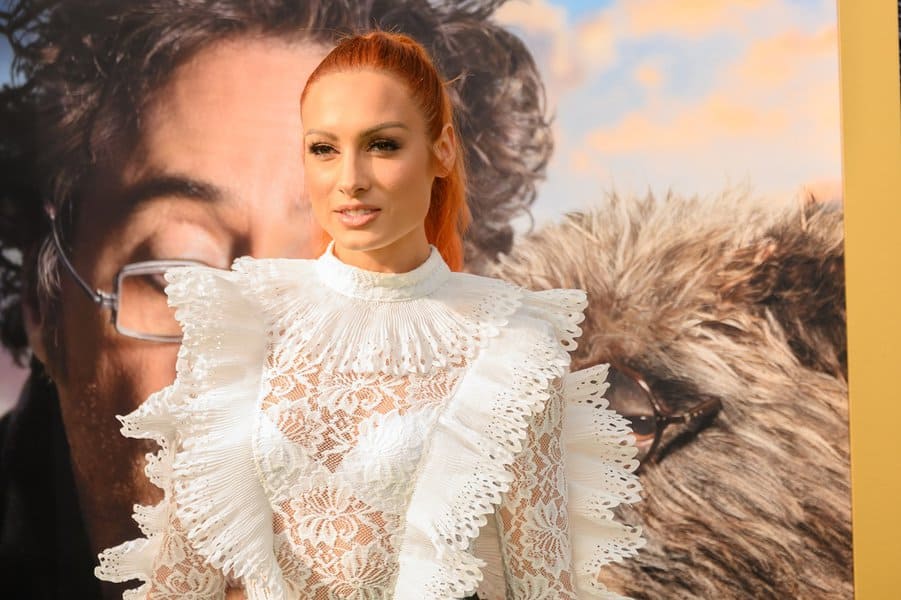 The Man only recently returned after taking time off to have a child with husband Seth Rollins. Since she has come back she has ditched her good guy personality and become a fully-fledged heel. 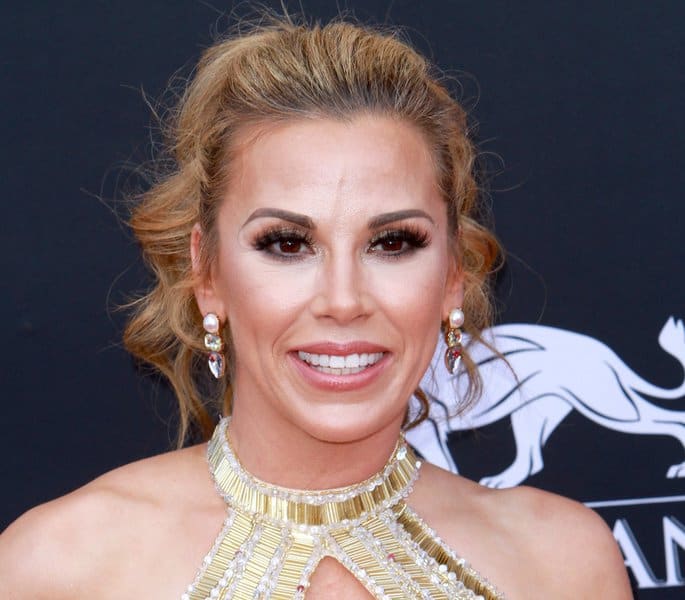 It’s about time Mickie James got her flowers. Alongside Trish Stratus and Lita, she helped push the women’s division to the next level. During her time with the company, James won the WWE Women’s Championship five times and the WWE Divas Championship once. She could always be relied on to bring it in the ring, having incredible matches with the likes of Stratus, Lita, Asuka, and Michelle McCool.

James spent seven years with the company before the lack of focus on the women’s division forced her to leave. She worked for six years on the independent scene before a successful stint in TNA. She eventually returned to the WWE between 2016-2021 before being given her marching orders. 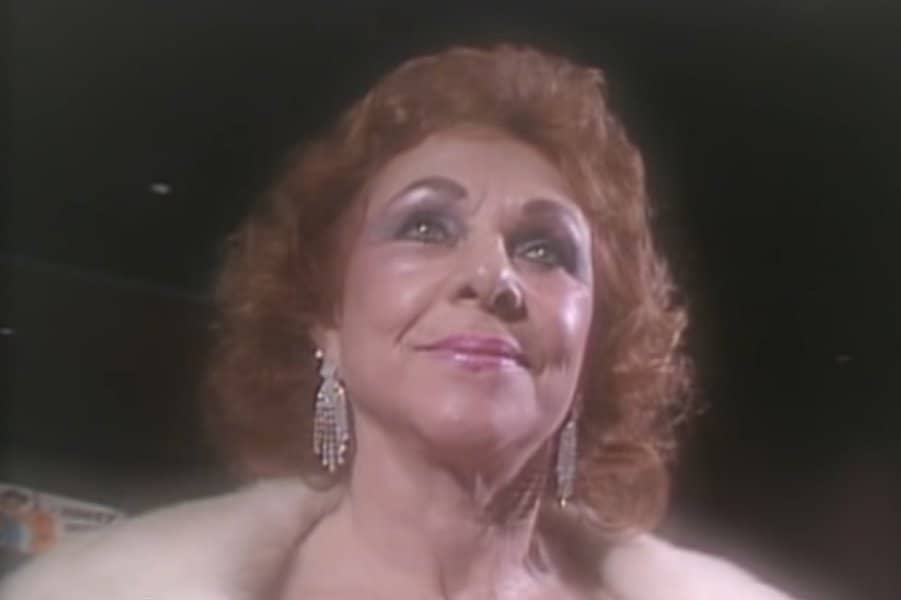 It’s hard to talk about the greatest WWE Women’s Champions without mentioning the Fabulous Moolah. Although her reputation has been damaged since revelations from her past about sexual, mental, and physical abuse she dolled out to fellow performers got out, she is still one of the best to ever do it. She won the WWF Women’s Championship on four occasions, with her last win coming at the age of 76.

Moolah was the first woman wrestler inducted into the WWE Hall of Fame. During the later years of her career, she often featured in comedy segments with close friend and fellow wrestler Mae Young. 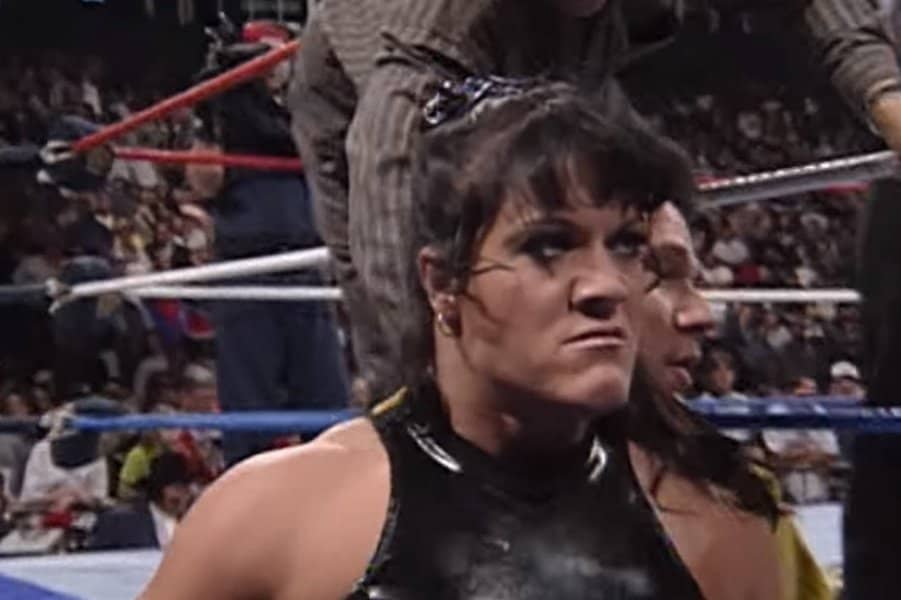 The Ninth Wonder of the World got her start as the bodyguard of D-Generation X before tearing the women’s division apart. Standing 5’10, Chyna was bigger than many of the male Superstars in the WWE. She was the first and only women wrestler to hold the Intercontinental Championship and also won the WWF Women’s Championship on one occasion.

While her time with DX was instrumental in her success, it was when paired with Eddie Guerrero that she received her biggest push. Chyna would wrestle many top male Superstars, including the likes of Chirs Jericho, Triple H, and Kurt Angle. Despite only being with the company for four years, Chyna had a huge impact on female wrestling. 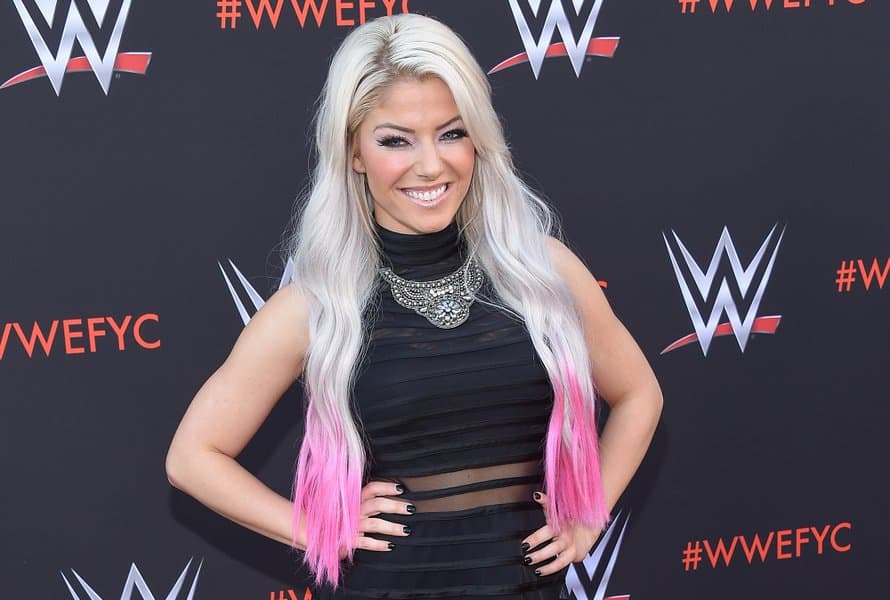 Alexa Bliss has been with the WWE for over ten years, making her one of the longest-serving members of the women’s division. While not a WWE Diva, she was there during the Divas Revolution and has been part of many major storylines throughout her career. Predominantly a babyface during her early years, Bliss turned heel when she joined forces with “The Fiend” Bray Wyatt. Her character took on a supernatural edge and was accompanied by the evil doll Lily. 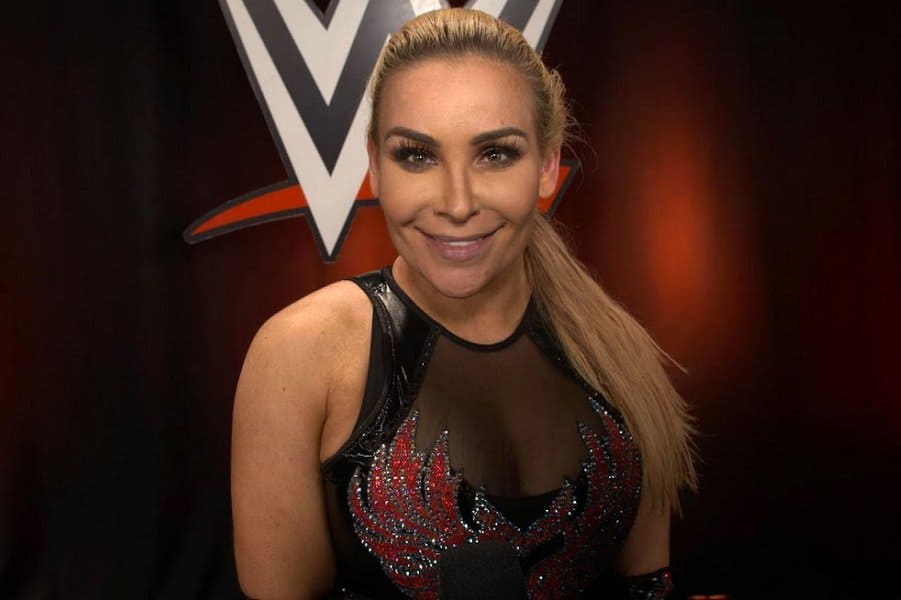 The daughter of the icon Jim “The Anvil” Neidhart, Natalya is a foundation of the WWE’s women’s division. She has performed on NXT, Raw, and SmackDown during her 15-year career. A third-generation wrestler, Natalya has wrestled the best of the best. Despite being an ever-present on television, she has only won three titles during her career.

She captured the WWE Divas Championship after defeating Michelle McCool and Layla in a two-on-one handicap match at Survivor Series in 2010. Her next title was the WWE SmackDown Women’s Championship which she won after defeating Nikki Bella in a Falls Count Anywhere match on SmackDown in 2017. Her last piece of gold came when she and Tamina won the WWE Women’s Tag Team titles in 2020. 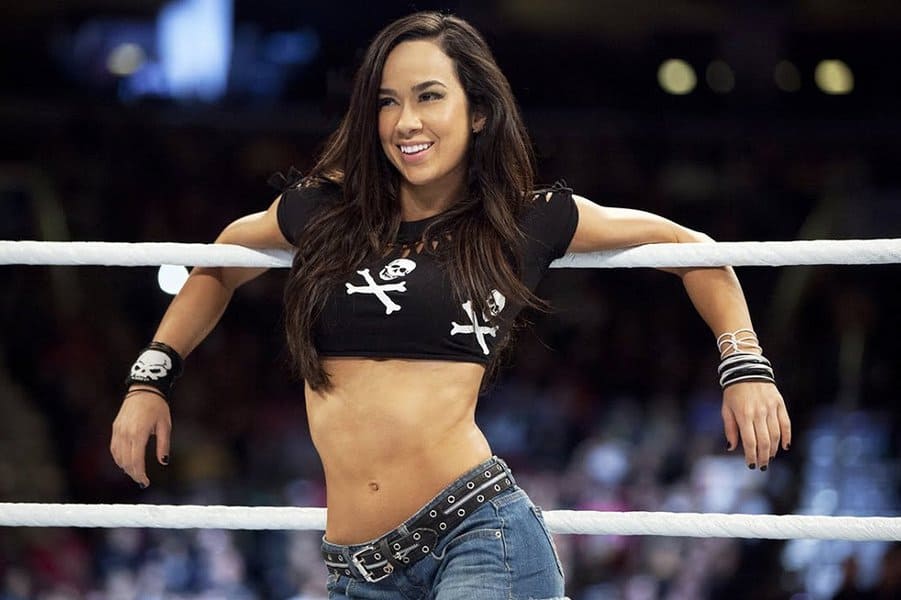 AJ Lee is one of the great champions of the Divas Era. The three-time Divas Champion was a fan favorite during her time with the company. Her crazy character got equal amounts boos and cheers and helped her stand out from the rest. She was also involved in several high-profile relationships on-screen with the likes of John Cena and Daniel Bryan.

An exceptional athlete with great in-ring ability, Lee retired relatively early, ending her career at the age of 28. She attributes this to injury and her relationship with her husband CM Punk, who left the WWE in controversial circumstances. She is now a published author, having written a book, several comic book series, and a screenplay.