The Cartoon Network’s Rick & Morty follows the temperamental mad scientist Rick Sanchez and his grandson Morty as they travel through space and time. It’s not just a popular TV show. Rick and Morty memes are becoming a part of the culture. Fans love these hilarious memes that capture the true essence of Rick & Morty. For instance, several memes are absurd inside jokes that only true fans would know. Some memes have a more broad appeal and connect with current issues. Series creators Dan Harmon and Justin Roiland had no idea they were helping create a wave of hilarious Rick & Morty memes. 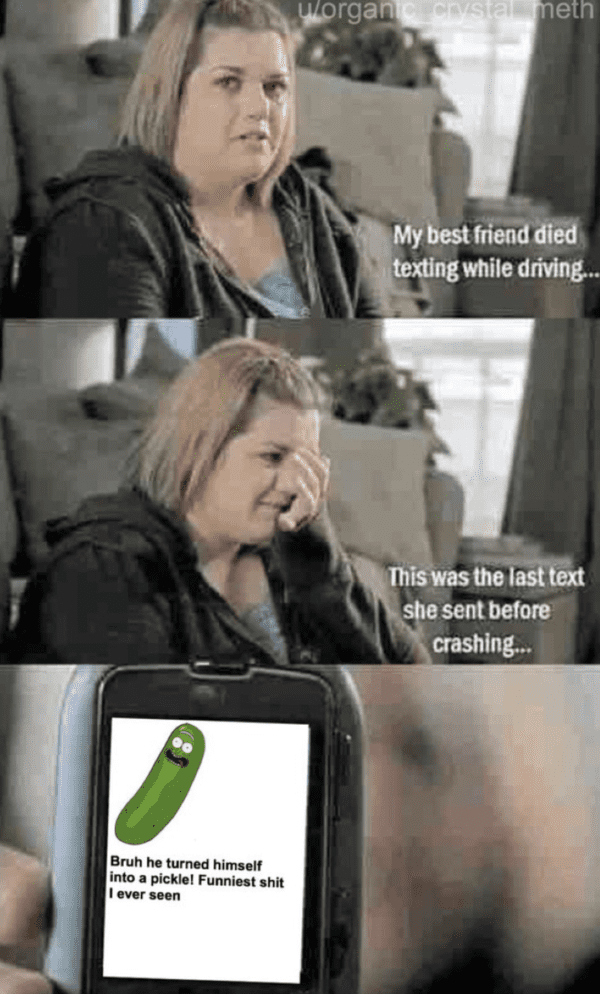 The season 3 episode Pickle Rick is among the most popular in the series’ history. It’s truly the best Rick episode. Obviously, the episode features Rick turning himself into a pickle. This popular meme is both tragic and hilarious. It’s never a good idea to text while driving unless it’s about Pickle Rick. 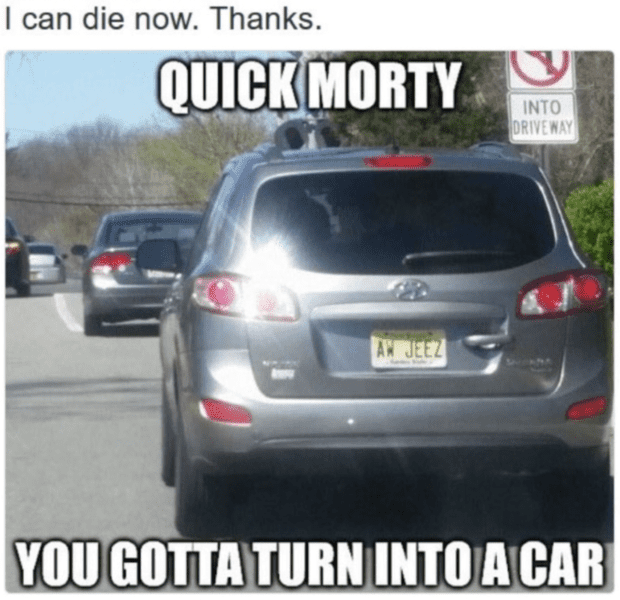 In the series, Rick often convinces Morty to go on some dangerous adventure. Of course, Morty usually responds with his famous catchphrase, “Aw Jeez.” This awesome meme caught a license plate featuring the catchphrase. Honestly, Rick probably did tell Morty to turn into a car. 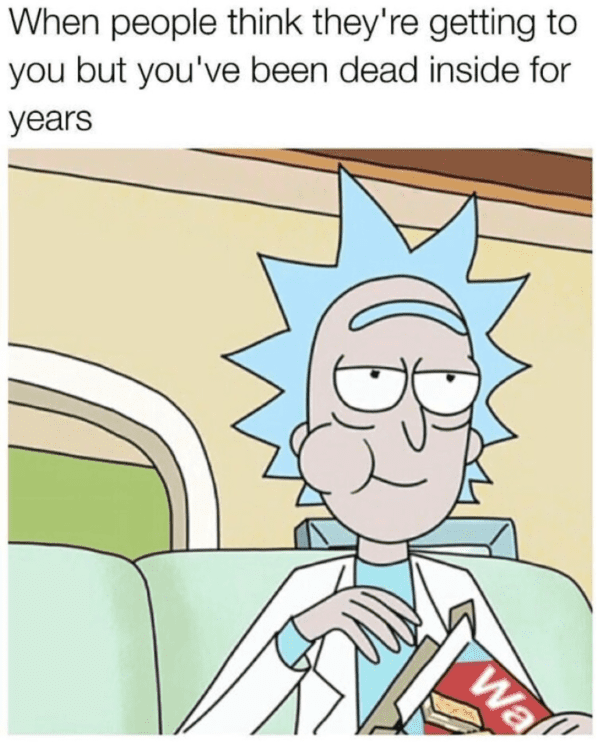 Rick & Morty memes are the most relatable memes on social media. Here is another hilarious Rick meme. However, they’re not all silly jokes about pickles and time travel. They’re often quite deep and meaningful. Rick is a miserable adult that tells it like it is. Thus, this meme is perfect. Nothing can hurt Rick because he’s already dead inside. 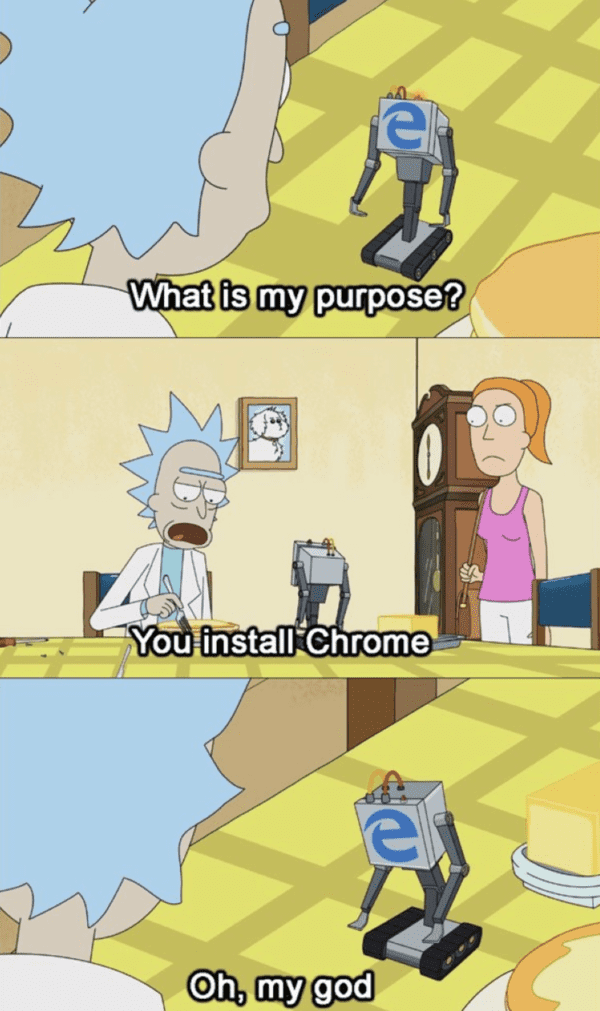 In most media, robots are wildly intelligent machines capable of doing anything. Well, this Rick & Morty meme takes a different approach. This joke plays off a popular episode from the series while taking shots at Chrome. In the meme, a robot’s mortified that its purpose is to install Chrome. In other words, it has no purpose like the rest of us. 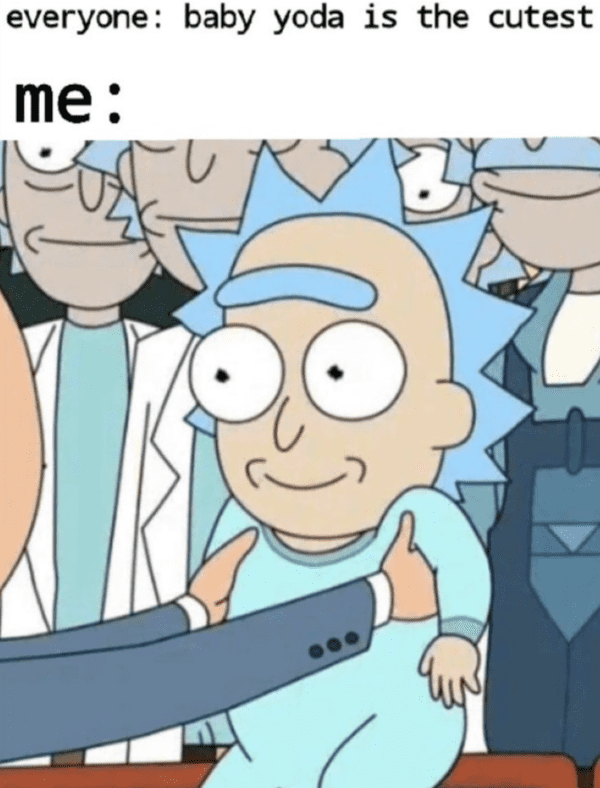 There are many versions of Rick Sanchez. For example, he once turned himself into Pickle Rick and Tiny Rick. The truth is he’s always funny Rick. However, Tiny Rick is a massive hit with fans. Therefore, there are thousands of memes like this one. This meme claims that Baby Rick is cuter than Baby Yoda. It’s tough to argue when looking at the adorable but evil face.

6. The State of Constant Anxiety 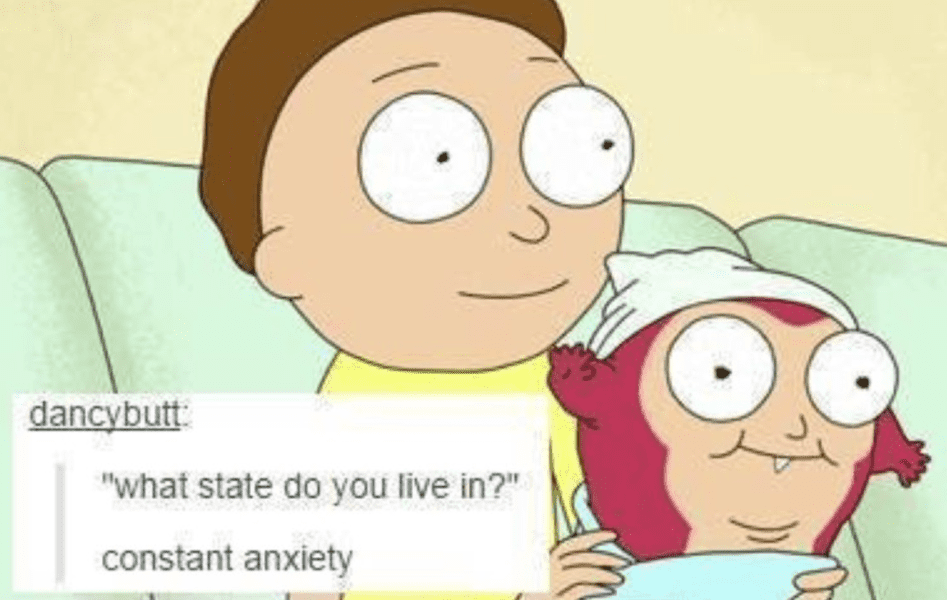 There are thousands of hilarious Morty memes all over social media. Indeed, Morty is often the highlight of each episode. This funny meme perfectly captures Morty’s character while making a great point about anxiety and stress. Morty, like many people, struggles with everyday life and lives in a constant state of anxiety. 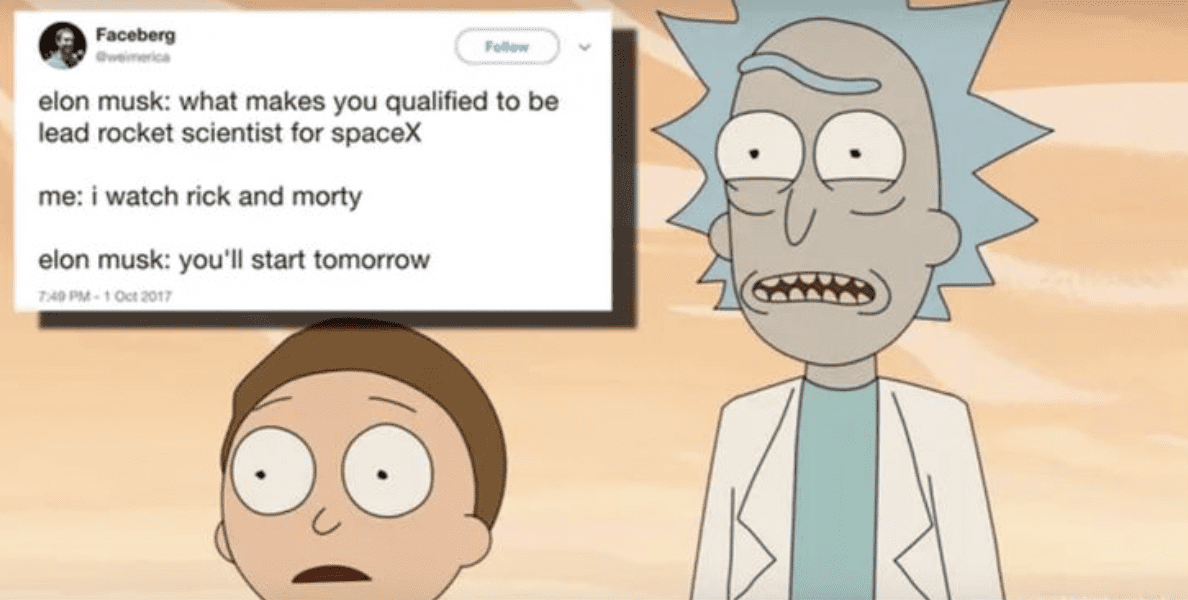 It’s common for Rick & Morty fans to make memes mocking other Rick & Morty fans. For instance, loyal viewers teased a fan that claimed only people with high IQs could enjoy the series. In this funny meme, Elon Musk instantly hires someone to work for his company because they’re Rick & Morty fans and presumably have high IQs. 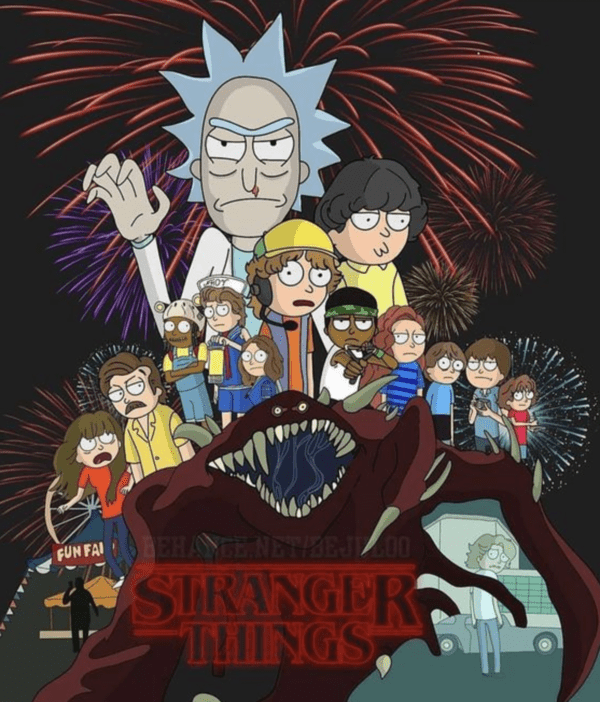 Rick & Morty and Stranger Things are two of the most popular series of 2022. Both series are similar in that they deal with bizarre out of this world creatures. This funny meme combines the two series into one. Of course, Rick forced Morty to play most of the characters. 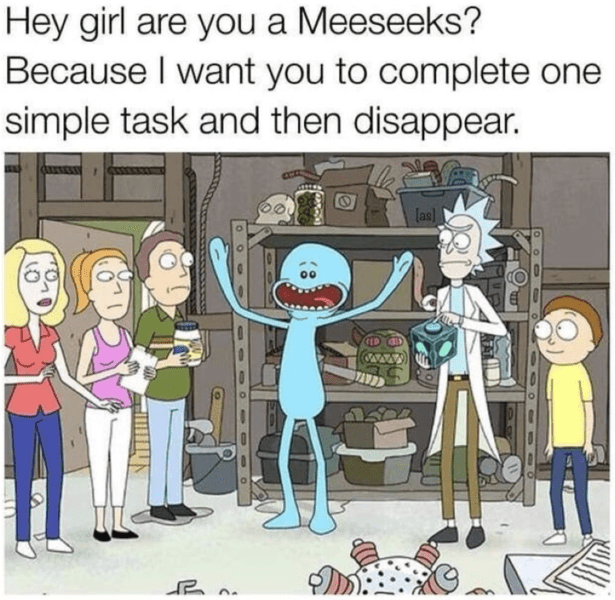 Mr. Meeseeks is a popular recurring character that disappears after completing a job. This funny meme turns the Mr. Meeseeks character into a pretty sweet pickup line. Of course, it’s important to cuddle before disappearing. 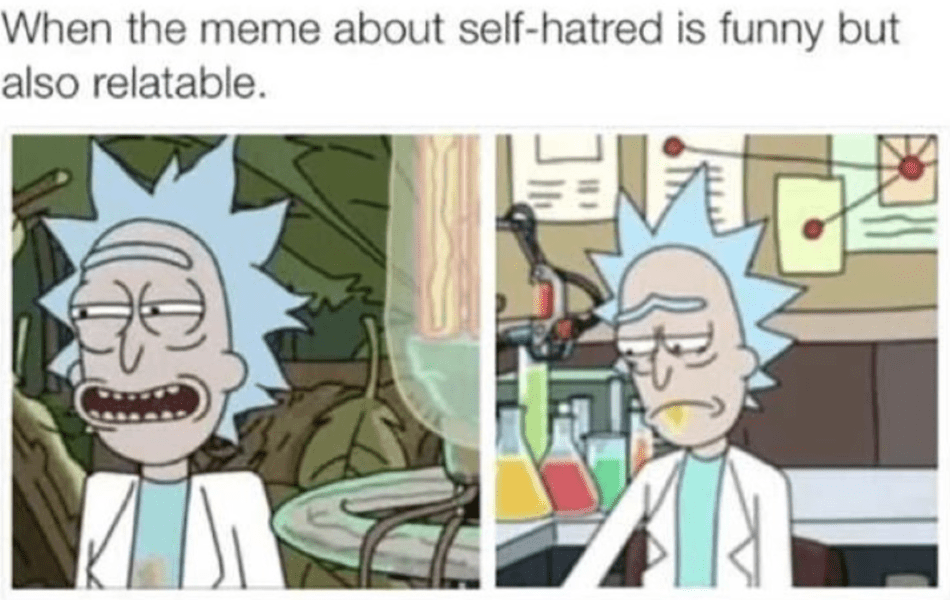 Rick and Morty go on wild inter-dimensional adventures regularly. However, the series also deals with mundane daily life that has a way of bringing a person down. Despite being a scientist, Rick is an average person that sometimes hates himself. This meme is funny but also very accurate.