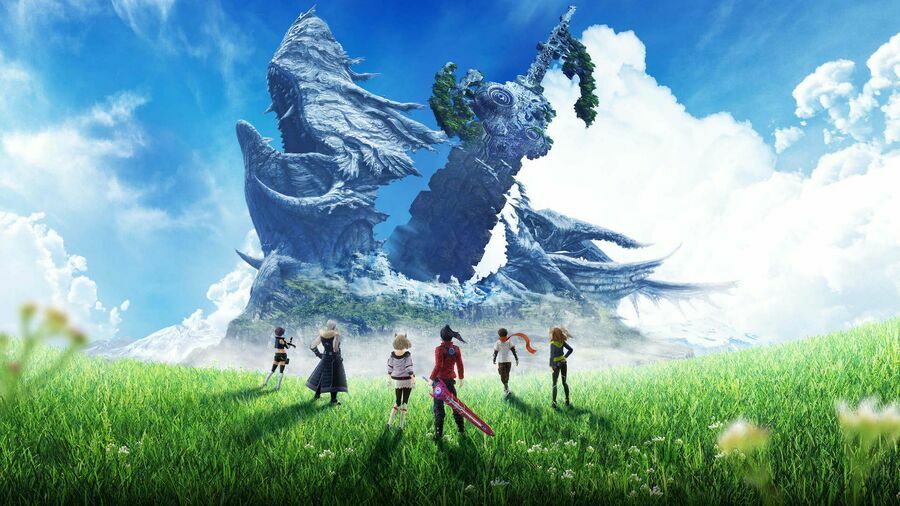 “Xenoblade Chronicles 3 might be too frustrating for some, but its worth fighting through tedious systems for the RPG’s stellar storytelling.”

Imagine fighting a war alongside your childhood friends. It’s you and your besties dining with your ex-mortal enemies, on the run from the world. Now, all there’s left to do is live — if you can even make it. That’s the basis for the story of Xenoblade Chronicles 3one of the best narrative experiences I’ve ever had in a game.

In Nintendo’s latest RPG monolith, Noah and his childhood friends, Lanz and Eunie, team up with Agnus special ops members Mio, Sena, and Taion to find the reason they were given the power of Ouroboros. The world of Aionios employs soldiers who fight to fuel “Flame Clocks,” which run on the life force of fallen enemies. Our heroes share a surprise encounter that blesses (or curses) them with the power to defy that world order with an alternate form. The catch? The Consuls, the Big Bad organization behind the scenes, wants to get rid of them. Many games use the “enemies turned friends” trope, but Xenoblade Chronicles 3 is different. The common thread of survival makes it believable. Each character seems to know the consequences, despite making the choice to ally with rebels.

Xenoblade Chronicles 3 has what my friends lovingly refer to as the “Xenoblade problems,” but they’re worth it for the game’s top-tier RPG story. Just brace yourself for some complicated combat, overly tedious item hunting, and lacking exploration that might put off players who aren’t already bought in on the series.

Xenoblade Chronicles 3 has a daunting runtime and a massive story, but its pacing is perfect. You might feel put off at first due to all its lengthy cutscenes, but they all feel necessary and meaningful to the story. Even the banter between characters isn’t wasted, as it builds the relationships between characters. Xenoblade Chronicles 3 goes into enough depth for you to understand a character’s motivations and pain, enough that every story beat feels earned.

Were I grading Xenoblade Chronicles 3 on story alone, it would be a 10 out of 10.

The game tackles themes of loss, grief, and purpose. Characters may be in a completely different world, but I could easily relate to their struggles. We all lose people important to us and feel lost when things don’t go as planned. Xenoblade Chronicles 3 isn’t afraid to tackle how meaningless life is without survival instinct and purpose.

There’s a new twist waiting at the end of every chapter too. Just when I think I have the narrative formula figured out, something totally unexpected happens. It’s refreshing, especially with how many RPGs lay out a clear “ end goal” at the beginning of the game. Xenoblade Chronicles 3 makes you question if you really know what the game is about.

The game gives you endless time to bond with the characters and level up your party before choosing to progress the story. Chapters take at least five hours but can last longer thanks to the additional hero quests (to recruit new party members) and regular colony quests. Though just as impressive is that developer Monolith Soft found an impressive way to steadily introduce the game’s myriad of systems one at a time and tie them into the plot.

At first, combat is a mess. You get used to it, but it takes patience to learn about multiple units and the small ways you can build each one. You start with six characters and then get a seventh “Hero” slot for party members you recruit throughout your journey. All these units fight at once in real-time action RPG combat.

As one might imagine, the screen constantly lights up with numbers, including the damage you deal, damage you receive, and healing notifications. It isn’t easy to differentiate between what everyone is actually doing. Healing and circles are more obvious because of colors: heals are green numbers, blue circles are defense, and red circles are attack buffs. But when it comes to differentiating between who did what damage, it beats me. You have to switch to each character to see how their kit is affecting them up close.

The complexity isn’t a flaw, even if the UI is.

Players control one character at a time and can switch between them during the fight. You can only switch between the six main characters. My typical strategy was just controlling whomever and then switching whenever someone needed a heal so I could save them before they died. Just pray that the AI doesn’t kill itself first.

Chain Attacks, which allow you to pummel your enemy with attacks from your characters, also help to take down bosses when you most need them. That, plus the heavy-hitting Ouroboros forms, are key to surviving tougher bosses later in the game. It took me forever to learn how to land higher ranking statuses like “amazing” or “bravo” in my combos and which arts are most optimal to learn for character classes.

Combat systems are about as layered as the plot. I wouldn’t recommend it to people who are new to JRPGs, just because it’s easy to become overwhelmed by the different parts. It’s easier to digest once you’ve reread tutorials, experimented with arts, and mashed through a couple of chapters (which are very long). In that sense, the complexity isn’t a flaw, even if the UI is.

I often winged it through battle, but I played on Normal difficulty. It didn’t take me long to figure out a way to overcome the bosses that wiped the floor with me, even if I needed to grind a bit before going back. I ran on auto-pilot in the beginning, especially since some fights popped up without any warning, and got through without needing to reset.

If you lose a fight, you get the option to retry the battle or not. There’s no penalty for saying “no,” you just restart at the point you were before the battle and get the option to level up characters and equip better gear. So, even if the combat system isn’t easy to understand, it’s forgiving enough to let you learn and try again without drawbacks.

If you’re a Xenoblade noob, you will probably be confused. The good news is that it doesn’t matter, so long as you regularly level up your team, keep the classes balanced, and put a minimum amount of effort into equipping equipment that sounds helpful.

In my Xenoblade Chronicles 3 preview, I was initially unsure about exploration. After spending more time with it, I do feel like it could be better, though I appreciate how it goes against the grain. The game has a standard map that lets you look back on areas you’ve already explored and fast travel to a reasonable number of teleportation points. That part is convenient and painless. Farming for materials and the sometimes unclear paths to get to point A from point B are not.

Monster drops are important because of crafting and the quest catalog. Gems, a kind of equippable accessory, need specific materials to level up. You can also complete “grocery list” quests from colony members for rewards. Most of them involve cashing in drops for a reward. However, it isn’t easy to find out where to get what you need, especially with the long list of monster names. Xenoblade Chronicles 3 could benefit from an enemy encyclopedia like the one in Scarlet Nexuswhich tells you where to find drops you’ve already found.

Early game monsters are at the same level when you travel back to the same locations. Fighting these monsters could be more satisfying if there was a “world level” like in Genshin Impactwhere monster levels match the characters.

You just have to be ready for an action RPG that isn’t always the picture of elegance.

I had a problem with the disappointing jump height at the beginning of the game, but I got used to it eventually. Xenoblade Chronicles 3 gives you the luxury of moving without a stamina bar, so that evened it out for me on my grading scale. I’m also guilty of just jumping from a tall height when I can’t figure out how to get down because the fall damage basically disappears when you hit the ground (within reason). Heroes offer exploration mechanics like the ability to climb marked walls and the ability to ride on wires. However, I felt they were pointlessly tied to characters and could’ve worked just as well if you learned them upon reaching certain checkpoints.

If I were grading Xenoblade Chronicles 3 on story alone, it would be a 10 out of 10. If you get emotionally attached to characters, especially passionate ones who don’t want to hurt people and are just trying their best, then it’s a must-play. You just have to be ready for an action RPG that isn’t always the picture of elegance — and be prepared to live with those quirks through a long, long adventure.

You can buy Xenoblade Chronicles: Definitive Edition on sale if you want to experience an earlier game at a cheaper price. It reminds me of Tales of Arise with the fantasy setting and character juggling, but even that isn’t quite the same.

How long will it take?

Xenoblade Chronicles 3 is longer than your typical JRPG. It can take over 70 hours to complete the story. Each chapter takes about five hours to complete without factoring in side quests. I still haven’t even reached the top of the mountain.

Yes. It’s a highly cinematic, mindfully crafted JRPG with a story that hasn’t let me down. You can spend hours just sorting through the different classes and equipment.

Xenoblade Chronicles 3 was tested on a Nintendo Switch in handheld mode.