Why ‘Pig Royalty’ Is the Prize Hog of Discovery+

Pig Royalty: Here’s the thing about reality TV: It’s not supposed to be great. Sure, there are quality reality shows; they’re the same six that get nominated for the Outstanding Competition Program at the Emmys every year. But in certain strata of the genre — the kind populated with Real Housewives and 90-day fiancés, where no glass of rosé goes untossed and notable unflipped — the race to the bottom isn’t just the point, it’s the entire business model. This is anti-prestige television, designed to make us all feel a little bit superior (and maybe purchase something from the SHE by Shereé collection).

Despite three decades of critical and social doomsaying about this so-bad-it’s-bad brand of entertainment, the field has only grown. Today, there is no suburb or subculture too obscure to be invaded by cameras, and no shortage of eyeballs to tune in and find out what happens when the people there stop being polite and start getting real. And there may be no better example of the current state of reality TV than Pig Royalty, the Discovery+ series that follows rival pig-showing families — one wealthy, one not — in small-town Texas.

On the surface, this should be primo trash TV. The series was heralded with a corporate press release that promised “ruthless competition,” “betrayal,” and “backstabbing,” and a teaser trailer that made it look like a combination of Dance Moms and Here Comes Honey Boo Boo, with a side of Toddlers & Tiaras. The first episode opens with a monologue about the scent of pig shit (“It’s got its own distinct smell — but it smells like money to us!”), and you expect it’ll only go gloriously downhill from there. Only… it never really does.

Instead, Pig Royalty ambles along at the pace of a free-range hog. It does not shock or provoke or really even entertain; it merely exists. Somehow, the producers take a premise that has everything — generational feuds! prize farm animals! Texas! — and turn it into nothing. The weirdest part is, it works. 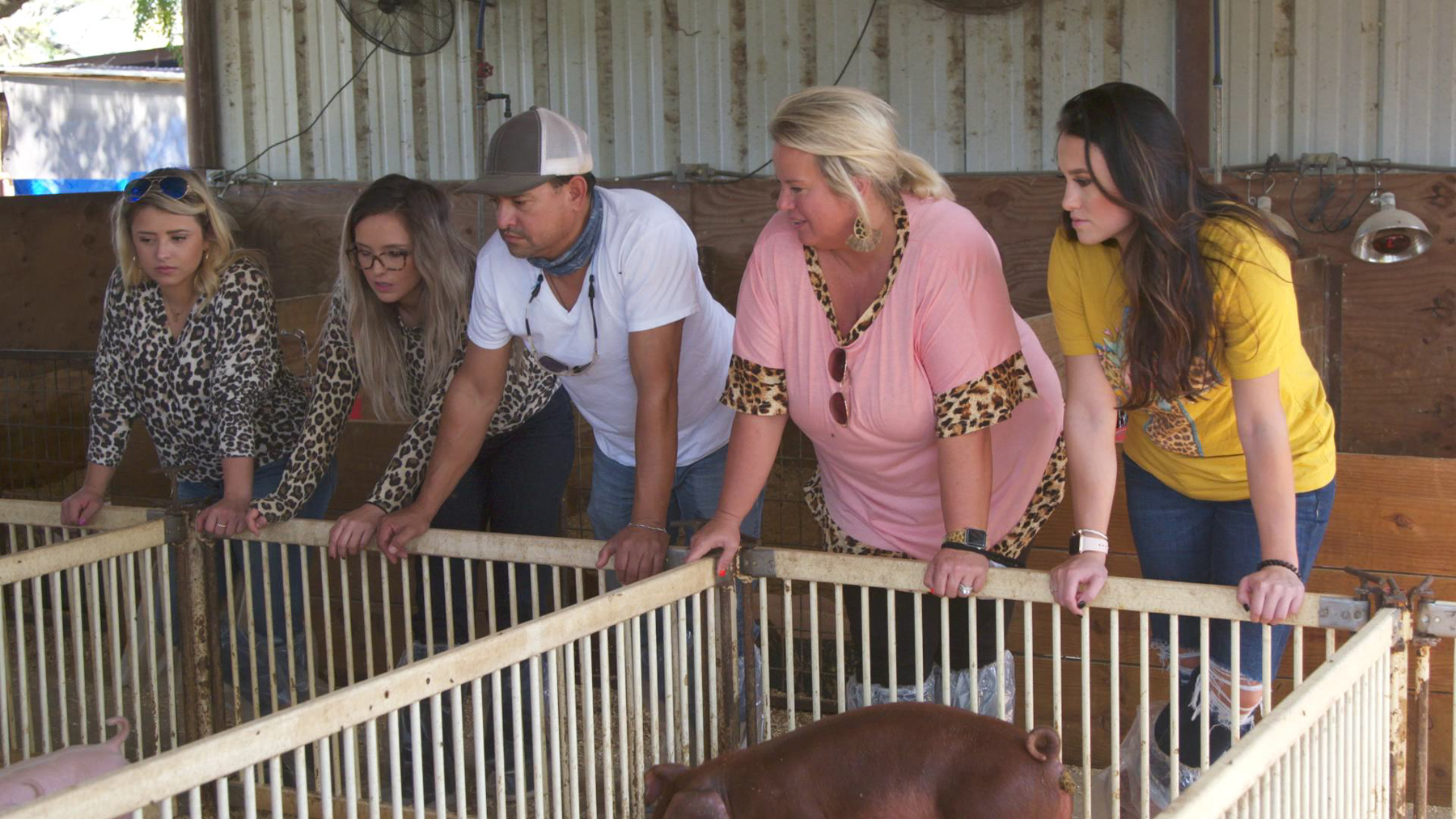 “Nothing happens” isn’t exactly a novel concept in reality. Keeping Up With the Kardashians wrung 20 mind-numbing seasons out of it — though even that show gave us gems, like “You’re doing amazing, sweetie.” By contrast, Pig Royalty’s defining moment is probably when they explain which part of the pig ham comes from. (It’s the butt.) This doesn’t happen till Episode Three, and you don’t even mind. Maybe that apathy is due to sheer exhaustion (2020 was, if anything, dramatic), or maybe it’s a byproduct of life in the increasingly overwhelming age of Peak TV, but either way, this is the kind of show you watch when you don’t really want to watch anything.

Presumably, Discovery+ knows this, which is why it’s cornered the market on this sort of un-intellectual property. Whether the shows feature ghosts or good-natured handymen, middling reality TV makes up approximately 80 percent of the programming slate (there are more than 50 iterations of 90 Day Fiancé alone, including a Newlywed Game-style competition and a cooking show), and the strategy appears to be working: In April, Discovery+ announced it had brought in some 13 million subscribers since its January launch, and most of them probably didn’t sign up to watch the Sean-Penn-as-humanitarian hagiography Citizen Penn. In a sense, Discovery+ has invented a whole new business model: mediocrity. And Pig Royalty is the proof of concept.

The plot, as it were, centers on the feud between two extremely Texas families — the Baleros and the Rihns — who battle for bragging rights, banners, and belt buckles (which serve as trophies) in the cutthroat world of competitive pig-showing. The Baleros have owned the circuit for years, thanks to domineering stage mom Michelle and her three mean-girl daughters, McKayla, McKenzie, and McCall. The blue-collar Rihns, led by matriarch Jody and her daughters, Kammi and Keylie, have long played second fiddle — though to hear them tell it, that has more to do with the Balero girls’ penchant for preening than, say, the quality of their Hampshire hogs. (“We are Walgreens and they are Sephora,” Kammi and Keylie, uh, keen.)

But now, with both families’ alliteratively named offspring essentially retired from competition, the feud is being carried forward by a new generation: “Nugget,” a baby-faced Balero cousin who, based on his prominent placement in promotional photos, is the show’s would-be Honey Boo Boo, and Kannen Rihn, a sweet 12-year-old with a swoop haircut. Or, at least, that’s what Pig Royalty keeps trying to tell you. Despite numerous confessional interviews in which Michelle or Jody utter some variation of “This is about the kids,” it’s pretty apparent that this is, in fact, entirely about them. It’s equally clear that neither Nugget nor Kannen really have any interest in extending this rivalry; they’d rather just throw around a football while Michelle and Jody bicker over perceived slights. Which happens a lot.

What passes for drama on Pig Royalty is limited to petty grievances and minor inconveniences (plus the occasional piece of elaborately embroidered denim). Michelle and Jody complain about an entry fee refund for multiple episodes. There are concerns over missing belt buckles. Debates about pig show etiquette. Accusations of favoritism on the part of the judges. Somewhere along the line, a pig named Kit Kat dies. No one screams, no one throws cutlery, and no one calls anyone a “prostitution whore.” Even in moments of competition, when pigs are being led around the ring under the watchful eye of a judge, the stakes are never really established, and more often than not, both Nugget and Kannen come away buckle-less. All of it begs the question: Can a show about pig competitions be interesting?