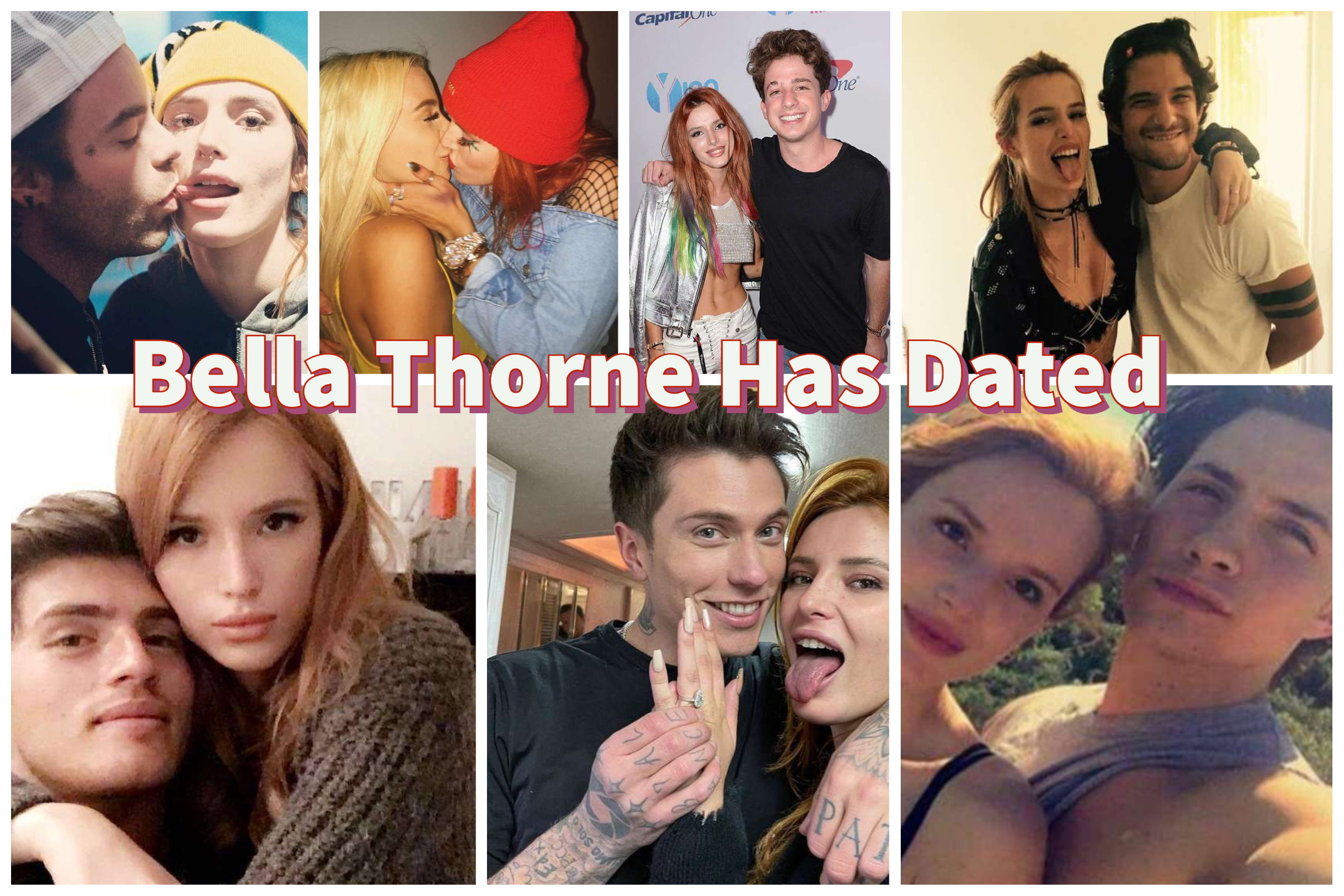 Bella Throne, the hot and beautiful actress who won the hearts of millions of people all around the world with her marvelous acting skills and attractive looks, has made headlines for several times since her debut in 2003. Considered to be one of the most famous young actresses, Throne got her biggest breakthrough with her role as CeCe Jones on the show, “Shake It Up” and just within just 17 years tenure of her career, she has garnered over 20 million followers on Instagram: @bellathrone.

Just 23 years old Throne not only has come in headlines for her outspoken herself as a proud bisexual but also for her robust dating life history. *Tbh, her dating life seems to be more interesting than some films*.

Here’s the name of everyone Bella Thorne has dated so far.

Tristan Klier, known to be Throne’s first-ever long-term relation, is a non-celeb personality whom she dated on and off from 2011 till 2015. At the time, Throne was just 15 years old and so was Klier who was just a student. They broke up after almost 3 years long relationship.

The reason for their breakup has been assumed to be the inability of Klier to understand her lifestyle and also the fact that Throne allegedly cheated on him as she was caught sending flirtatious tweets to Brandon Lee while she was with Klier.

Shortly after her breakup with Klier, she began dating Brandon Lee. Lee was her first ever-popular boyfriend who is well known as the son of Pamela Anderson and Tommy Lee. They were spotted out together having dinner at Nobu whom she met during her breakup with Klier which means that the cheating allegation was somehow true.

Their relationship however was short-lived as just a few days after she shared her feelings for Lee, she was spotted making out with another guy during a basketball game.

The guy whom she was spotted making out was none other than Ryan Nassif. Nassif is a popular celebrity kid who is known to be the son of a Hollywood talent agent and the nephew of a former surgeon for the Real Housewives Of Beverly Hills. He was the one who was seen along with THrone at one of the Lakers’ basketball matches back in 2015. It was just a few days after sharing her relationship with Brandon Lee with the world.

Their relation was also short-lived.

Her next popular and long-term relationship after her split with Klier was with Gregg Sulkin. Sulkin is an English actor who is well known for his role in several movies including his debut film, “Doctor Zhivago”. Their relationship however lasted for just a year from 2014 till 2016 shortly after they bought a house together that year.

Shortly after the breakup, she came out as bisexual.

After coming out as bisexual, she began dating Bella Pendergast, who originally was dating Throne’s brother, Remy before the lesbian couple made it obvious when they shared photos of themselves kissing on Snapchat and Twitter, but many people believe the two besties were just messing with people. Pendergast had been friends with Thorne for years and was a college student at the time of their relationship.

Bella’s other relationship in the year 2016 was with Tyler Posey. Posey is also a popular actor known for his role in the show, “Teen Wolf”. They even shared their romance on social media posting plenty of poolside pictures but their relation also came to end in November of the same year. She even shared the breakup telling, “Ty and I stopped dating and that was really difficult for me. It was definitely one of the hardest breakups I’ve been through” in 2017.

After her break with Posey, Throne was rumored to have been dating popular singer, Charlie Puth. Puth is well known for his several popular songs including “We Don’t Talk Anymore” and “See You Again”. The rumor rose to a height when the now-infamous photo of her and Puth on the beach in Miami went viral on social media sites. In the photo, the couple was seen trying to approach to kiss but in reality, they weren’t which Throne officially said while on The Jenny McCarthy Show.“Everything just got way blown out of proportion. We weren’t even kissing in that photo”.

Even so, if they were dating, their relationship ended after Puth read an article and thought Thorne was cheating on him with Tyler. Put called her out on social media and wouldn’t answer her calls so she could set the record straight, so it led to this pair calling it quits.

Thorne briefly dated musician Blackbear in 2017 however, she claims that they never actually dated.

Bella Throne then dated Lil Peep, a late-popular rapper for a short time in the same year of 2017. It lasted until his death on November 15, 2017, for which she even paid tribute, “Peep you deserved more out of life. Life didn’t do your greatness justice”.

Bella then was seen dating her new girlfriend, Tana Mongeau. Mongeau is a Youtuber whom Throne began dating in September 2017 as it was confirmed when they posted pictures of themselves having some chill days and fun at the Life Is Beautiful music festival in Las Vegas.

They were obsessed with each other since their first meeting that their relationship also lasted for over a year till February 2019, when Throne revealed that she and Mongeau were no longer together. Even son they claimed that they still love each other until when their subsequent feud began when Thorne shaded Mongeau on Logan Paul’s Impulsive podcast, suggesting that Mongeau used FaceTune too much.

Recently on December 17, 2020, Mongeau once again shaded Thorne on Twitter just the next day, Thorne dropped a diss track called “Stupid F****** B****.” They constantly accused one another of clout-chasing.

The most interesting thing about Throne is that she dated two people at the same time and still she managed to do it with ease. While dating Mongeau, Thorne also dated Mod Sun, a singer, as they announced their romance in October 2018.

They dated for few months until their messy breakup when Sun accused Throne of infidelity and threatened to sell her stuff on social media.

After dating several boys and girls, Throne finally has found the one whom she surely loves and wishes to establish a home. The lucky guy to be chosen is an Italian singer Benjamin Mascolo. They have been dating each other since 2019 and have shown their affection for each other on social media.

Just dating few months, the couple got engaged on March 22, 2021, which Throne announced via her Instagram post showing off her pear-shaped ring.

Basically, it was a romantic proposal, as Mascolo proposed Throne on the set of a movie the couple is starring in together. Mascolo actually wrote a love letter on the back of the script of their movie and at the last scene, she was at the monitor watching with the director and ….surprise. Throne also shared on Twitter saying, “He used my first love (acting) to ask me to be his forever love”.

We can just hope that her engagement with Mascolo will turn out to a successful marriage.