Skip to content
Home » Technology » Which Amazon Echo should you buy on Prime Day 2022?
Technology

Which Amazon Echo should you buy on Prime Day 2022?

There was a time when it was easy to choose which Amazon Echo device to buy because there wasn’t much of a selection. These days, Amazon has an entire stable of devices ready to respond and carry out your commands. That makes things a bit trickier for those who are looking to pick up their first (or add another) Echo device among Prime Day Amazon Echo deals. You can also review some of the best deals year round.

We’ve tested and tried each Echo device to find the best of the lot. This year, we think it’s the Echo Show 10. With its high-quality 360-degree speaker, a large screen, and the ability to pan around the room to double as a security camera or video conferencing dynamo, it’s a great all-around choice. Even so, depending on how you want to use an Echo Show and how much space you have, there’s certainly a case to be made for other Echo devices.

Which Amazon Echo should you buy on Prime Day 2022? 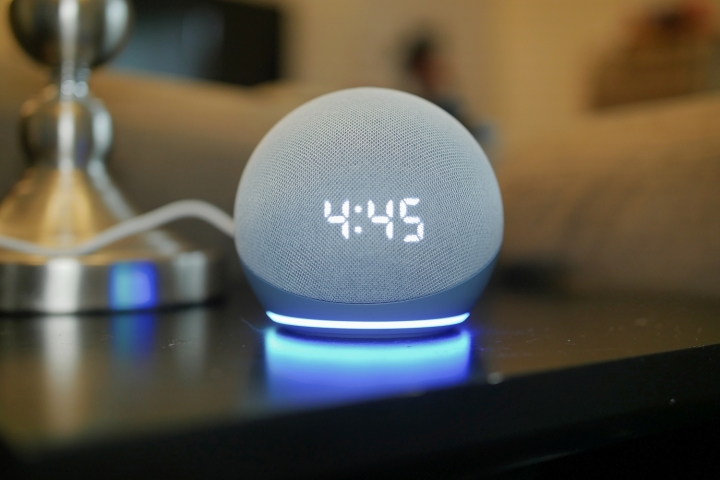 The Echo Dot is one of Amazon’s most popular voice-assistant-ready speakers — it’s also the smallest and cheapest option. As well as being able to perform a wide variety of verbal tasks, you can use it to give commands to other smart home devices, and it’s also a decent speaker for streaming music from Spotify, Amazon Music, SiriusXM, and more.

The 4th-Gen Echo Dot (which has recently seen its lowest-ever price ahead of Prime Day) was an extensive redesign on the concept, and it’s a little flashier, resembling a globe with a glowing light around the base. This makes it a little trickier to hide it away (or to mount on a wall), but if you’re cool with the aesthetic, you’ll find it does everything it claims and is a welcome addition to your smart home. You can get it either with a digital clock or without.

While the Dot is the junior cousin to the Echo itself, it performs most of the tasks that the larger version will and contains the same privacy controls, meaning your conversations remain safely in your home. It also has a “mic off” button to disable the microphones.

Setup is a piece of cake: simply plug in the Dot, connect to the Alexa app on your device, and you’re ready for music, a joke or two, and voice control over your smart devices.

The 4th-Gen Echo is the cream of the crop of Amazon’s audio-only offerings. It packs responsive mics with a great-sounding speaker to produce a device that is ready to play tunes or read you the latest news and weather updates.

The device is a 5.6-inch globe that sits on a small base with a subtle light ring on its base. There’s even a 3.5mm aux port. At the top are buttons for volume, a button to turn the microphones off, and an action button.

The 4th-Gen Echo added the ability to control Zigbee devices, making it an even more powerful smart home hub and virtual assistant. It also sports a 3-inch woofer and two 1-inch tweeters to re-create your favorite tunes with a lot of pizzazz. Unless you’re an audiophile, this speaker likely checks all the boxes you need for a voice-assistant speaker hub.

It also contains Amazon’s AZ1 Neural Edge processor, which is reported to be better at understanding and replying to commands. That, combined with a growing library of devices supported in the Skills section of the Alexa app, means you’ll be able to control more smart devices and build better routines to make life simpler for you.

The Show lineup of Echo devices steps up what’s possible from the basic Echo by adding a video screen. Not only can you watch streamed TV shows from Prime Video, Netflix, and other providers on the Echo Show 8 but you can also make video calls simply by asking Alexa to call one of your contacts. It’s also a fantastic addition to the kitchen, where you can now either watch a recipe demonstration from YouTube or bring up a webpage showing the steps to make that dinner you’ve been dying to try. If you prefer your video to be passive, you can have Alexa display photos instead.

The video feature is also great when combined with a Ring Video Doorbell, allowing you to see who’s at the door without getting up or interrupting your activity. You’ll even be able to speak to the person right from your Show. All these great features, and the Echo Show also does everything the Echo did, including streaming music, controlling your lights, and picking up voice requests.

We have a feeling someone at Amazon had the idea to place an Echo Show on top of an Echo and, in doing so, created something new: the Echo Show 10. It’s a great idea, as the Show 10 is the Cadillac of the Amazon Echo line, giving you the best features available in a video speaker.

The screen on the Show 10 has a motorized base that turns with you so that you’re always able to see the screen. Amazon has also made the speaker even better, offering a crisp, clean sound that far outpaces what the Show 8 was capable of, and the speaker and screen are larger than any of the Echo units previously. It’s a well-rounded, useful Echo device that we think you should add to your cart right now.

The Echo Show 15 is the newest and now largest Echo Show to date, with a 15.6-inch screen and a 1080p HD display. The fact that you can hang it on the wall makes Echo Show the real deal for a home AI device. It can become your new wall calendar and check-in station, and takes the place of those sticky notes on the counter or the fridge.

You can use it to create a shopping list, video chat, stream shows, and keep track of appointments. The screen size means you can display several helpful informational “widgets” at once, giving it a bulletin board feel. It even has AI facial recognition, which means it knows who’s in front of it and will adapt the content to that person’s preferences. You can also read up on the Echo Show 10 vs. Show 15 for details on which one may be the best fit for your home.

With so many models to choose from, you’ll have no trouble finding an Amazon Echo that suits your home or setup and fits in with your smart home, particularly with all the Prime Day deals we’ve gathered.