Skip to content
Home » Technology » What is RCS messaging, how does it work, and will it replace SMS?
Technology

What is RCS messaging, how does it work, and will it replace SMS?

Text messaging — the communications tech we’ve used since the 1990s — is showing its age. Texts don’t perform the way we now want them to: They don’t support encryption, group messaging, or the animated stickers everyone likes to trade on apps like Facebook Messenger, WhatsAppand WeChat. They rely on a cellular connection and a signal and limit you to just 160 characters. Despite those restrictions, old habits die hard. Text messaging, or SMS (Short Message Service), still gets plenty of love from the public. The number of SMS and MMS messages sent in the United States has climbed over the past several years. Mobile users in the United States sent 2.2 trillion SMS or MMS messages during 2020, up from 1.5 trillion messages in 2017, according to Statesman.

Despite the popularity of SMS messaging, some people need more than it’s capable of providing. To make the service more valuable and competitive with popular, feature-rich messaging apps, smartphone manufacturers, carriers, and the cell phone industry’s governing agencies developed the Rich Communication Services (RCS) protocol (also called RCS Chat), which is designed as a modern take on texting that rolls features from Facebook Messenger, iMessage, and WhatsApp into one platform. The protocol allows the exchange of group chats, video, audio, and high-resolution images, plus read receipts and real-time viewing, and looks and functions like iMessage and other rich messaging apps.

Google currently offers RCS chat worldwide via its Android Messages app to all users who install and use it as a default texting app. With Google’s rollout of RCS as Android’s primary texting platform for Android Messages, many Android phones already come with Android Messages installed. A partnership between Google and Samsung allows RCS features to work seamlessly between the Samsung Messages and Android Messages apps, the default SMS apps on their devices. You can also go to the Google Play Store to download Messages yourself.

The invention of text messaging predates the iPhone, BlackBerry, and Palm Pilot. SMS was first proposed in 1982 for the Global System for Mobile Communications (GSM), a second-generation cell standard devised by the European Telecommunications Standards Institute (ETSI).

The idea was to transmit texts via the signaling systems that controlled telephone traffic. ETSI engineers developed a framework that was both small enough to fit into the existing signaling paths (128 bytes, later improved to 160 seven-bit characters) and modular enough to support carrier management features like real-time billing, message rerouting (routing messages to a recipient other than the one specified by the user), and message blocking.

After nearly a decade of tinkering, SMS was deployed commercially in December 1992 — a milestone that engineer Neil Papworth marked by texting Merry Christmas to Vodafone customer Richard Jarvis. From then on, handset manufacturers and carriers climbed aboard the messaging bandwagon. By 2010, nearly 20 years after the first text message, cell subscribers exchanged 6.1 trillion messages.

Despite the explosive growth of SMS, the tech didn’t evolve all that much from the 1990s. Even as phone form factors changed and Apple’s iPhone popularized the modern-day touchscreen smartphone, SMS remained the same, right down to the 160-character limit.

Rich Communication Services (RCS) has been promoted as a replacement protocol for SMS, but it got off to a slow start and is still moving at a glacial pace. Formed by a group of industry promoters in 2007, it was brought into the GSM Association, a trade group, the next year, where it languished for a decade. In 2018, Google announced it had been working with major cell phone carriers worldwide to adopt RCS. The result is Chat, a protocol based on the RCS Universal Profile — a global standard for implementing RCS that lets subscribers from different carriers and countries communicate with each other.

Chat has evolved to visually resemble iMessage and other commercial messaging apps, but there are also some neat extras. Google teamed up with businesses to add helpful features to Chat, like branded informational messaging; sharing content like images, video clips, and GIFs; sending live updates about upcoming trips and boarding passes; and even eventually allowing customers to select airline seats from within Android Messages. Chat is hardware agnostic, designed to work across multiple devices. Chat could also work on iOS, but Apple, which accounts for half the U.S. phone market and 70% of U.S. mobile phone owners between the ages of 18 and 24, does not support the protocol despite increasing pressure from Google to do so.

Chat is a protocol

Chat is not a messaging app per se; it’s the friendly name for the RCS protocol or RCS Universal Profile. Chat is available only on two apps: Google’s Messages and Samsung Messages. While this may seem restrictive, most Android-based smartphone manufacturers ship with this default messaging app. There are a few moving parts required for Chat to work as designed. First, carriers must support the protocol. You also need to have a device and messaging app that supports Chat. Recipients need to support Chat too; otherwise, Chat messages revert to plain old SMS.

In addition to bringing Android messaging into the 21st century with read receipts, typing indicators, and the ability to send and receive high-resolution photos and videos, RCS lets people chat over Wi-Fi or mobile data, name group chats, and add and remove participants from group chats. You can enable RCS by launching the Android Messages app and switching on the chat features in the settings. Text messages will automatically flow through the new protocol if both parties have RCS enabled. 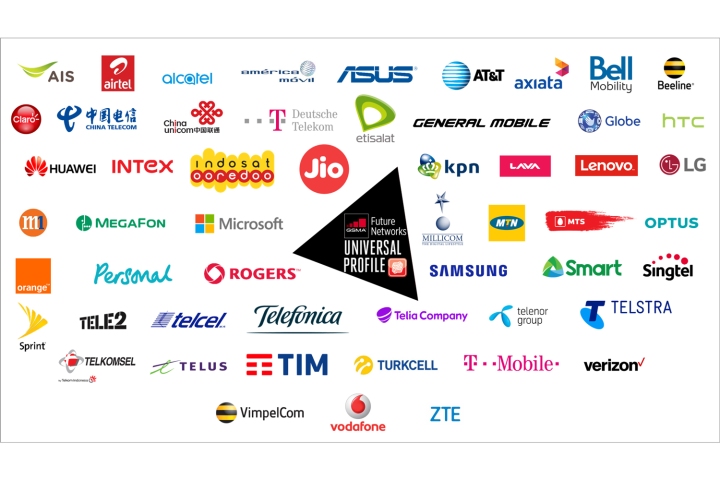 There are about 60 RCS Messaging supporters, split among 47 mobile operators, 11 OEMs, and two OS providers. Carriers like T-Mobile (and Sprint, now part of T-Mobile) climbed on board fairly early, but since RCS requires both a software and a network update, many manufacturers didn’t want to develop software to make their devices retroactively support the protocol. As a result, Google services Chat for customers via its app, eliminating the need for carrier support, and Microsoft has also committed to the protocol. In the U.S., all major carriers support Chat, which means it is fairly easy for mobile virtual network operators to implement the standard.

In 2019, the prevailing four major U.S. carriers — Verizon, AT&T, T-Mobile, and Sprint — formed the Cross Carrier Messaging Initiative, a joint venture to standardize RCS, independently of Google, but the joint venture fell apart as Verizon, AT&T, and T-Mobile abandoned it. Verizon stated, “The owners of the Cross Carrier Messaging Initiative decided to end the joint venture effort. However, the owners remain committed to enhancing the messaging experience for customers including growing the availability of RCS.”  T-Mobile and Verizon did keep their hats in the ring, and in March 2021, T-Mobile inked a deal with Google to make Messages the default messaging app on all its Android devices.

Where we are now

RCS is widely available today and charged to your data plan, but you have to opt into it via Google or your provider. More recently, users signing onto a new phone or opening the Messages app for the first time are asked if they want enhanced messages with chat features — which is RCS.

The RCS standard lets Android users share high-quality photos and videos, and now Google has folded its own Photos app into Messages. You can send your videos as Google Photos links inside an RCS conversation, and soon you’ll be able to send photos the same way.

While the original RCS protocol allowed only client-to-server encryption, since June 2021, end-to-end encryption is supported as part of Chat in Google Messages. RCS still lacks support for laptops, desktops, tablets, and watches — products that don’t have discrete phone numbers.

Outside of the United States, many worldwide telecom companies have joined the RCS universal profile model, including Vodafone, Orange, Deutsche Telekom, NTT Docomo, and others serving Europe, Asia, Australia, Canada, and Latin America. Along with the U.K. and French carriers, Google has fully rolled out RCS in those countries.

Will RCS emerge as a default standard the way SMS did? Considering the glacial progress over the past 10 years, it’s hard to be optimistic, especially if Apple doesn’t grab the baton.