My fellow blogger Veidehi Gite nominated me to Trip Expert Awards 2017. Thanks for the nomination and I wish to nominate Rajkumar  Arun Prasadh Muthusamy  and Kishor Kumar .  Please follow this link for more details and participation Trip Experts Awards 2017

Visit One of Three Great Cities Just North of Delhi

Weekend Destination Delhi: The cities of Haridwar, Rishi Kesh and Mussoorie are all located just north of Delhi. They are places that are important to many people in these regions. They are places that focus on many religious functions and other activities. Be sure to take a look at these spots as you are looking for an entertaining place to visit in India on the weekend.

Taking a high weekend holiday from Delhi is always fun to do. There are so many things to explore all around India that deserve to be noticed. Check out a few of the more popular places that you can visit while heading out from Delhi. These focus heavily on different activities with many of these spots having a significant amount of importance to people who live in the region.

Haridwar, Rishi Kesh, and Missouri are all places that can be found in Uttarakhand. This is right on the border within the Chinese state of Tibet. Although the region has dealt with some struggles relating to who owns specific areas of the land, it has proven itself to be a beautiful site to visit while in India. The state is right along the ends of the Himalayas although it is also not too far off from the Ganges, one of the most important bodies of water in the entire country.

Let’s take a closer look at three valuable places that are worth visiting the next time you are looking for a weekend holiday from Delhi. All three of these areas are located in the state of Uttarakhand:

All of these attractive places are important to see. Here are a few of the more detailed points to not about all three of these spaces in India.

Haridwar is the first place to check out. Located in Uttarakhand, it is a critical Hindu pilgrimage site. It is where the Ganges exits the Himalayan foothills. At this point, the river moves down the hills and into the plains.

Haridwar is essential for being home to many important religious festivals. These include the Purna Kumbh Mela, a festival that is held every twelve years. It is a time when Hindus bathe in the holy water of the Ganges. It is a massive event that brings nearly 70 million people every time it is held. The fact is held as a means of having people wash their sins away in peace.

Many other festivals are held here on occasion in honor of many others of the Hindu faith. The Urs festival is one such example that is held here every year. Yours is an event that celebrates the lives of saints who have passed on.

The Ganges is the most prominent feature in Haridwar to see. The Ganges is a beautiful space that is so clean that people could swim in the water. This is different from what it is like as the river moves a little further down south into the rest of the country. People can enjoy rafting their way along the Ganges although it can be somewhat busy in some situations.

There are many things that people can see when they are in Haridwar:

Haridwar has become a significant site for many religious activities. It is essential to see how the city means everything to people in the region.

Go not too far off from the foothills of the Ganges in Uttarakhand to the city of Rishi Kesh. This is an essential site for religious belief as it is where yoga is practiced by many.

The region is famous for being a beautiful space that is attractive and worth visiting. The area is vital to being a popular site where people can relax along some of the secret beaches in the region.

Home to An Important Religious Figure

Rishi Kesh particularly became famous as the home of Maharishi Mahesh Yogi, a prominent guru who developed transcendental meditation. His work was believed to be relevant to those who wanted to create peace and to reach one’s inner being. It was so prominent that many people from the West would visit him, most notably the music groups the Beatles and the Beach Boys. The Yogi’s old ashram that the Beatles once visited has become a trendy place to visit with many murals and paintings listed all around the entire ashram.

Go around Swarg Ashram while in the region. The location is prominent for being a vital center for meditation and yoga. It is a relaxing part of the city that is noted for being peaceful and is a place for everyone who wants to get away from the stresses of everyday life.

People who do come out to Swarg Ashram would have to be careful though. While there is no traffic around this part of Rishi Kesh, alcohol and meat are both prohibited from being consumed while in the region.

Other Places of Note

There are many additional places around Rishi Kesh worth visiting:

Rishi Kesh is an entertaining site that is appealing for those who are looking to get a little closer to the Hindu faith. The region is noteworthy for having many beautiful sights and scenes that people are bound to love.

Another great place to visit while you are vacationing from India is Mussoorie. This is also in Uttarakhand and is around 35 km from Dehradun. It is in the foothills of the Himalayas. As you visit the area, you will see some appealing places all around with many spots of the mountain range being easily visible in the background.

The fascinating scenes around Mussoorie make it a distinct place to visit. The green hills of Mussoorie contrast well with many of the snow-capped mountains you will see in the backdrop.

The area is also important as a haven for those who are minorities. These include Christians who have settled into the region to help those who are less fortunate. Many people from Tibet have also settled into the area as a means of getting protection from Chinese forces. This comes amid the ongoing struggles between the people of Tibet and China regarding who has control over certain land spaces in the region.

Travel the Camel’s Back

Visit the Camel’s Back Road while visiting Mussori. This is a large nature walk which features a cemetery midway through its loop. It is also home to Gun Hill, a tall hill where a cannon was once used to signal the middle part of the day to the community.

Many Sights to See

Take a look at various attractive sights around the city:

Visit some of the intriguing places in the region that are devoted to the Christian faith. Many people of the faith from outside the country have settled in the area as a means of serving those who are less fortunate. A Christian hospital and school have been established as well as a great covenant. The Woodstock School is an especially vital place as it offers Indian Christian minority children the educational services they are looking.

There are some important points to note when traveling to any of these spots while en route from Delhi. These are vital as some exciting marks can be seen in these areas:

As you travel to one of these three high spots just outside Delhi, you will find many great experiences. Some of them involve significant temples while others are appealing spots that feature moving bodies of water and hills. Look around these spots to find high places that you will enjoy visiting.

Our other Travel blogs:

All about Backpacking through Europe by Tips Clear

4 Tips for Weekend Trips to Rome 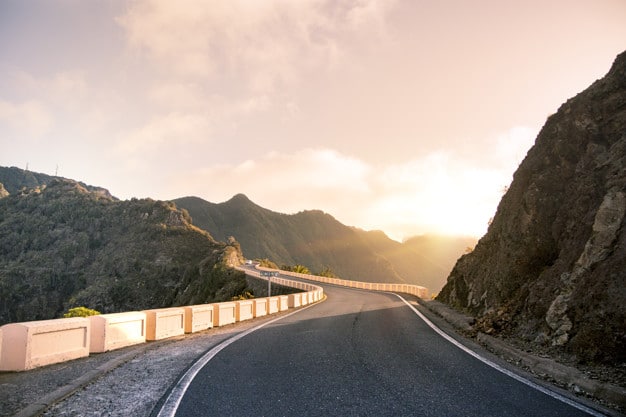