To Spend The Best Vacation Time With Family

Croatia is one of the most beautiful countries to visit in the world. A lot of tourists come to Croatia because they want to spend a comfortable holiday there. The place has some of the most amazing beaches in the world and not to forget the beautiful walled city (Dubrovnik), which is worth exploring. Unknown to many, Croatia is the origin of the dog breed known as Dalmatian.

Another special detail about Croatia is the fact that most of the hit TV series ‘Game of Thrones’ were filmed here. And believe it or not, there is even a tour of ‘Game of Thrones’ that allows fans to enter the world of Westeros.

Read further to find out more about the search Croatia in April. 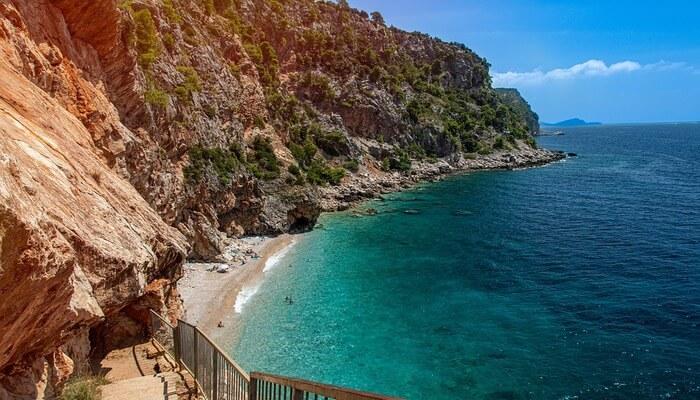 Why should you go to Croatia in April 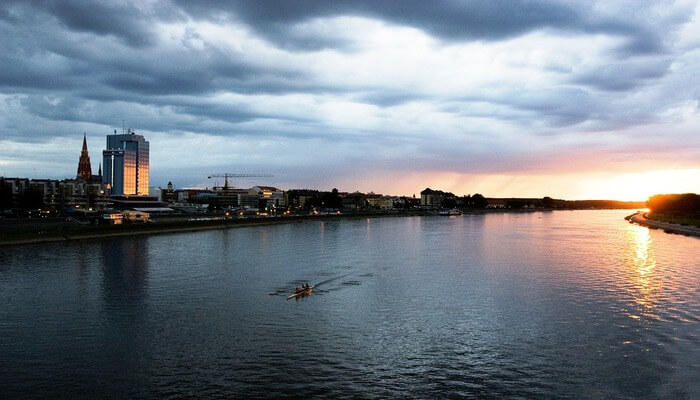 Croatia’s beaches are well sought worldwide for their distinct sapphire color. This makes for an incredible Instagramable photoshoot! There is a lot to see in Croatia. April is the best time to visit the country of Croatia. If you are looking for a time of year when the climate is not too hot and not too cold at the same time. It marks the end of winter and the beginning of summer.

Festivals in Croatia in April

Here are some of the top festivals and events that you can see in Croatia in April:

Biennial of Contemporary Music: If you are a huge music buff, then visit this prestigious festival, which attracts the target audience to the latest sounds.

St. George’s Day: It is celebrated to nurture the beginning of the beautiful spring season. People honor St. George for being a brave warrior and Roman soldier.

St. Mark’s Festival: It is a music festival where both national and international artists perform local folk and classical music.

Croatia may see cheaper travel expenses during April due to less congestion, albeit slightly expensive. Croatia is usually bustling with tourists during the summer. In April, less crowds ensure a more private and peaceful holiday.

must read: 10 best Dubrovnik beaches to soothe every mood on a Croatian holiday

Here are some amazing places to see in Croatia in the month of April: 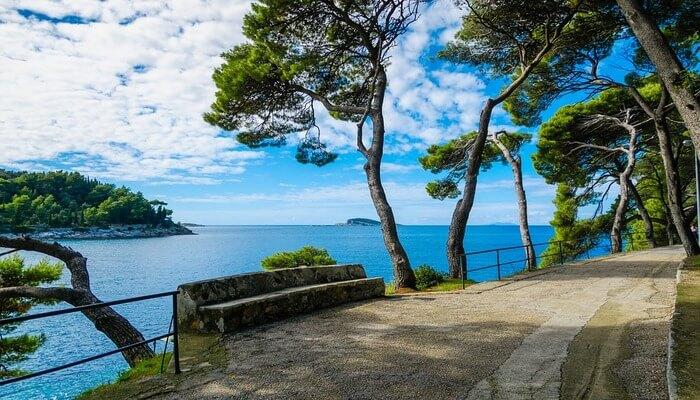 Dubrovnik is located in Croatia. It is named ‘Pearl of the Adriatic’. What makes Dubrovnik beautiful is the walls surrounding it, thus making it look like a fortress city. Don’t forget to ride in the Dubrovnik cable car, which is probably the most thrilling way to enjoy the aerial view of the city of Dubrovnik in all its glory.

Places to visit in Dubrovnik:
● Fort Lovezenack: Built on a rock, facing the Adriatic sea, Fort Lovezenack was built centuries ago to repel attackers from land and sea.
● Banjara Beach: If you are bored or tired after a lot of sight seeing, go to Bungee Beach.

Read the suggestion: Plitvice lake in Croatia: a final guide that takes you straight to heaven 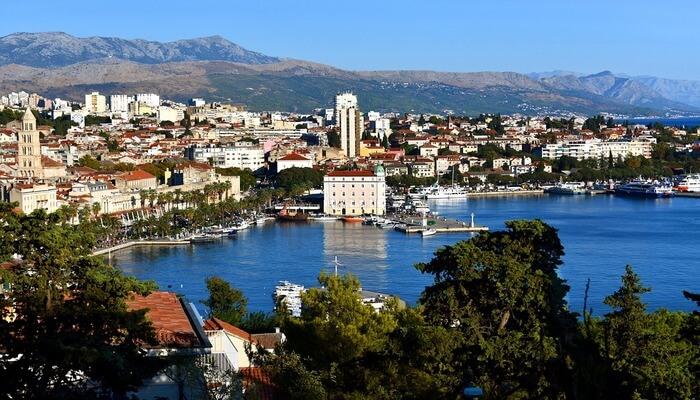 Built by the Romans about 1700 centuries ago, Split is the second largest city in Croatia. It is a wonderful place to explore the Roman ruins or visit the beach. It is playfully known as the ‘Mediterranean flower’. Ivan Maestrovic Gallery is a great cultural space where the great sculptor of Croatia, Ivan Maestrovic exhibits is in public.

Places to Split:
● Diocletian Palace: The palace was built as a retirement home for Emperor Diocletian, who later recovered and took retirement from there.
● Marjan Hill: Marjan Hill is a scenic escape from the city in which a park is located which provides walking and cycling opportunities.

Read the suggestion: 10 best Croatia cottages that let you enjoy nature amidst a quiet holiday 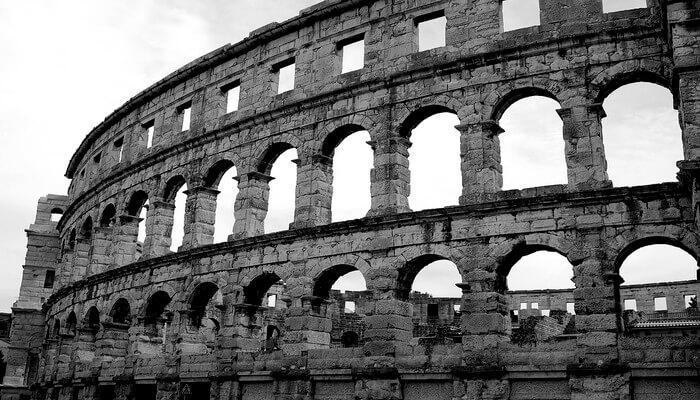 Pula is a land in which various rulers have been seen and therefore have a cultural influence. But the city is a wonderful place to see the Roman ruins. There is a Roman amphitheater that used to be a real-life gladiator match during its prime time.

Places to visit in Pula:
● Temple of Augustus: The Temple of Augustus was built over 2000 years ago, but was later converted to a Christian church, as the Romans adopted Christianity, and then into an archaeological museum.
● Cape Kamenjak: With its rocky cliffs and shallow waters, it is an ideal diving point for tourists.

Read the suggestion: The 10 best Croatia resorts that provide soul-satisfaction remain amidst nature! 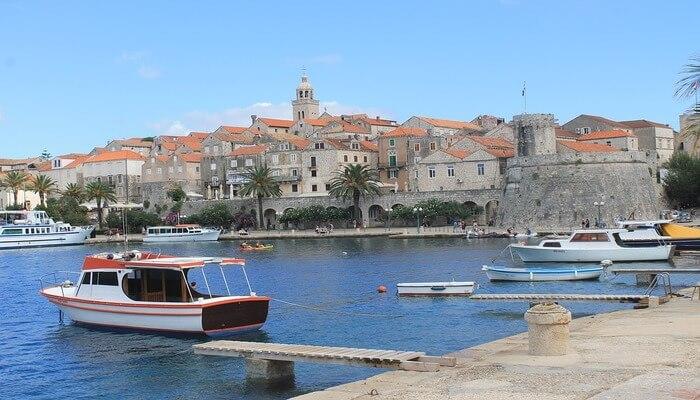 Koruka is a historic walled city located 50 km off the Adriatic coast. It is believed to be the home of one of the world’s greatest merchants, ‘Marco Polo’. It is a lush green island with lots of vine and olive trees. Visit St. Mark’s Cathedral, built on a hill, and provide a majestic 360-degree view of Korcula.

Places to visit in Korcula:
● Mljet: Neighboring Korcula is the mysterious island of Mljet, half of which is a national park.
● Vela Spila Cave: These are oval shaped caves located on the Pinsky Rat hill.

Read the suggestion: 10 Best Croatian Restaurants You Need To Try On Your Next Vacation 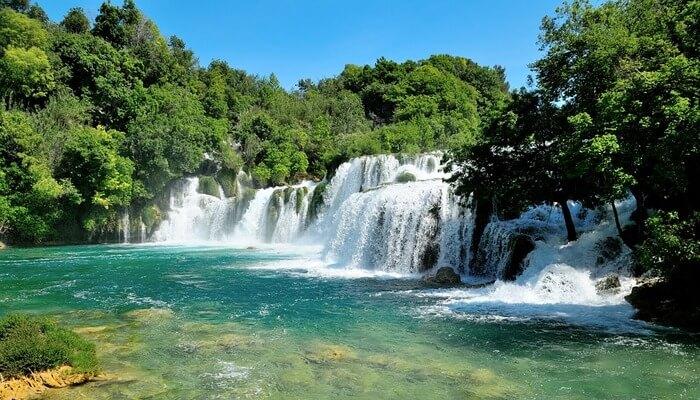 Krka National Park is a group of wildlife, natural habitats and historical sites located in central Dalmia. Krka National Park offers some of the best nature walks and boating opportunities in Croatia. Skradinski Buk is the largest waterfall in Krka National Park. It is an awesome swimming spot with eateries and souvenir shops on its banks.

Places to visit in Krka National Park:
● Krka Monastery: Krka Monastery is a Serbian Orthodox monastery throughout Croatia and famous for its beautiful architectural style.
● Mother of Mercy Franciscan Monastery: This is a wonderful place to see swampy birds. It is located in the center of Lake Viskovic and can be reached by boat.

Read the suggestion: 10 unreal things to do in Zagreb for an unforgettable holiday in Croatia

So, what can you attach yourself to while exploring all the places in Croatia? Here are 5 amazing things to try in Croatia: 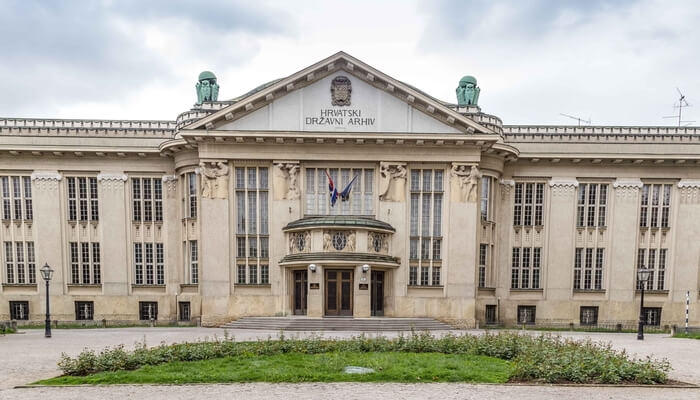 While you are in Zagreb, the capital of Croatia, do not forget to visit the archaeological museum. It is a wonderful place where you can learn a lot about the history and artefacts of Greek, Roman and Egyptian.

Read the suggestion: 10 best things to do in Split to see Croatia’s Romanesque wonders 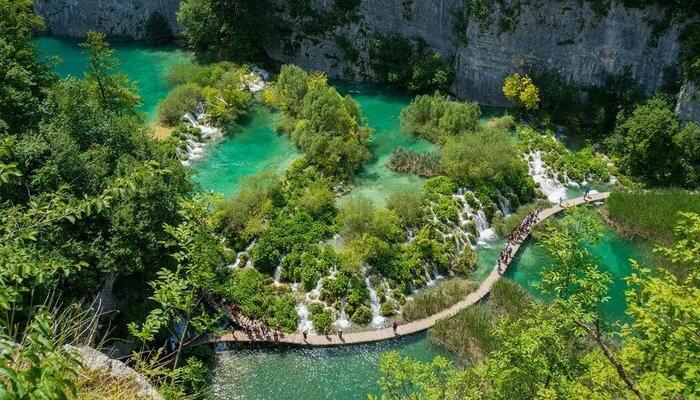 The park is one of Europe’s most beautiful national wonders, due to its lush greenery, picturesque plains and breath-taking lakes and waterfalls. It is accessible by wooden walkways and boats. Don’t miss out on boating as you can spend a wonderful time with the family here. Additional activities may involve you fishing yourself, looking skyward, and camping! 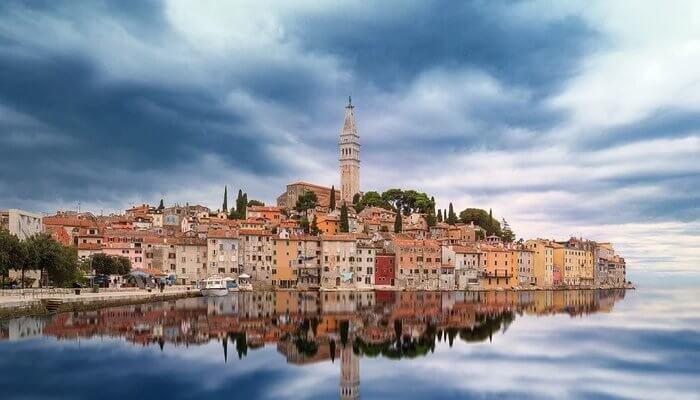 Rovinj is a small town which is, in fact, an archipelago composed of 20 small islands. Rovinj is a little known tourist destination in Croatia. It is an architectural masterpiece as it shows interesting architecture in ladders, cobstone paths, arches and buildings. Explore the unexplored as a large part of the islands, isolated and private camps can be a terrifying place to experience.

Read the suggestion: Croatia Honeymoon: All you need to plan an incredible getaway in 2020 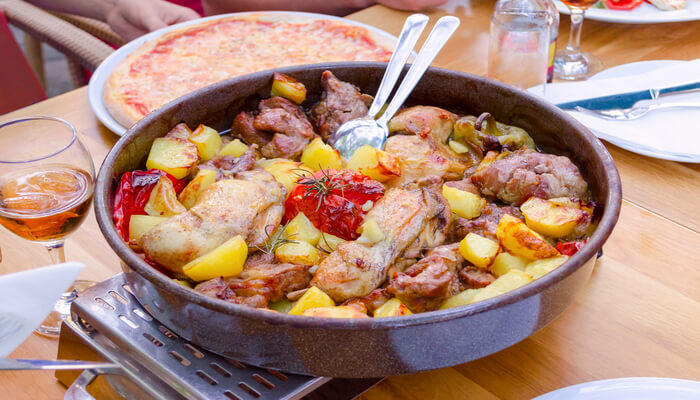 Taste authentic local cuisine, including items such as Black Risotto, Gregada, Vitalac, Strucci, Scampi, Pastida with Gantocchi. If you have got a sweet tooth, you will fall in love with Stukali, a kind of delicious pastry filled with cheese and sour cream.

read ahead: 15 Best Croatian Waterfalls Which Are A Great Solution From Summer Madness

When you are going to Croatia in April, make the most of your trip. Each place in Croatia has something beautiful. But you can never really know until you have been there. So get your packing done quickly. The month of April is perfect for a refreshing family trip in Croatia where you can enjoy a wide variety of activities. Also, do not forget to comment below for feedback, suggestions or just in case you want to share something.

Disclaimer: TravelTriangle claims that there is no credit for images displayed on our blog site unless otherwise noted. All visual content is copyrighted to its respected owners. Whenever possible we try to link back to the original sources. If you own the rights to any pictures, and do not want them displayed on TravelTriangle, please contact us and they will be removed immediately. We believe in giving proper momentum to the original author, artist or photographer.

Q. Is Croatia a safe place to travel?

a. Croatia is a safe place for tourists through petty crimes such as theft and snatching. But crime rates in Croatia are relatively low.

Q. How to get a visa to visit Croatia?

a. While US citizens do not require a visa to travel to Croatia, tourists from other foreign countries are required to obtain a visa from the Croatian Embassy.

Q. What are the average daily expenses for a person going to Croatia?

a. Croatia is quite an expensive place to travel, especially during summer. Typically, a person costs about $ 75 per day in Croatia. The cost is lower in April, as it is off-season.

Q. Which are the most famous beaches in Croatia?

Q. In which parts of Croatia was the Game of Thrones filmed?

a. Dubrovnik is the main filming location for Game of Thrones in Croatia. Some scenes were also shot on Locker Island and Split.

Q. What is the ideal time to visit Croatia?

a. The month of April is the best for visiting Croatia, with an average temperature of 11 ° C.

Q. Is Croatia a safe place for a family trip?

a. Croatia takes good care of its tourists and makes it one of the safest places for all solo and family travelers.

Greece in April in April, Monaco in Finland in April 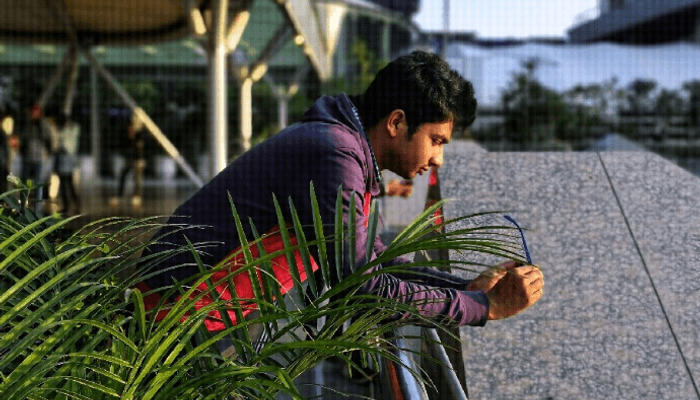 A graduate of political science, knowledge likes to find out by interacting with people and learning about their culture and traditions. He likes to eat, go places and talk about movies. A huge fan of people and his pioneering spirit and an avid film watcher, he is thrilled with the world of fantasy. He wants to grow continuously and yearns to improve with innovation that ultimately provides solutions to problems.

6 Tips for Having a Better Vacation