This Hollywood Director Made $50 Million Dollars… Then Gave It All Away And Moved Into A Trailer Park… Incredible Story.

Hollywood has to be one of the most difficult industries on the planet to break into. Sure there are more “technically” complicated industries out there like the law, or medicine or finance but, at least these have very specific career paths that absolutely anyone can follow. If you want to be a lawyer or a doctor, go to school, study your butt off and ace all the tests. I guarantee you will become a doctor or a lawyer. Hollywood on the other hand, is a total crap shoot. Even if you go to the best film school in the world and get straight A’s, you could literally never make it beyond being a snooty coffee shop barista in Los Feliz. With all that in mind, imagine you’ve somehow overcome the insane odds to become one of the most successful directors and producers in Hollywood. Imagine, your success has earned you a massive personal fortune from your work on some of Hollywood’s biggest comedy blockbusters. Now imagine you suddenly decide to give it all way and move into a trailer park. Sounds crazy? That is exactly what Ace Ventura director Tom Shadyac did. This is his incredible story. 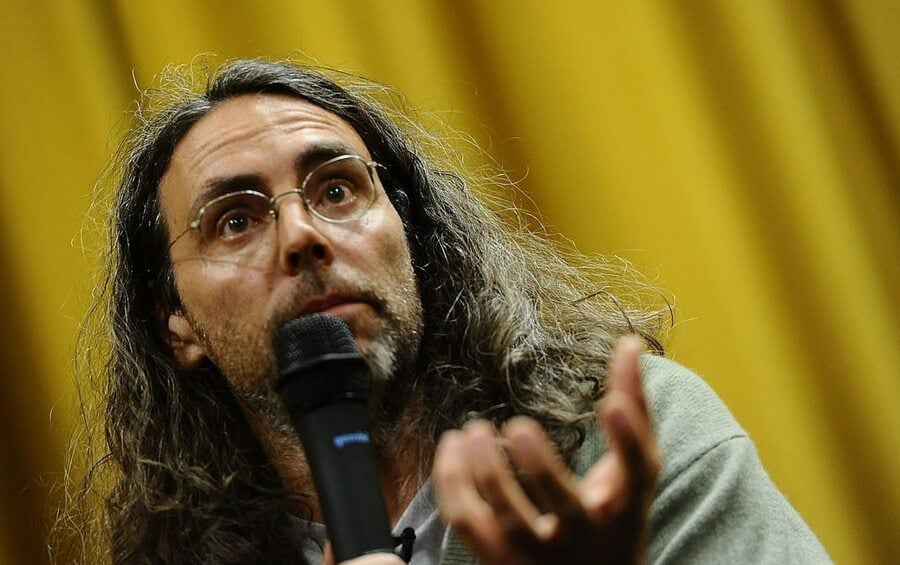 If the name Tom Shadyac doesn’t ring any bells, allow me to give a bit of back story. Tom was born in Falls Church Virginia on December 11, 1958. He attended the University of Virginia where he was pre-law. In 1983, at the age of 24, Tom moved to Hollywood because he landed a job as a staff joke writer for Bob Hope. Throughout the 80s Tom slowly tried to make his way in Hollywood without achieving modest success as a writer and director of movies-of-the-week for Fox.

Tom is probably best known today for transforming a little known Canadian actor named Jim Carrey from mid-level “In Living Color” cast member, into the biggest movie star on the planet. After writing the screenplay for Ace Ventura, Tom somehow convinced Morgan Creed Productions to give him a shoe-string budget of $15 million dollars and a green light. Considering Jim Carrey’s lackluster star power of the time, the honchos at the studio had very low expectations. The movie eventually went on to gross over $100 million worldwide and launched both Tom Shadyac and Jim Carrey into the stratosphere. Here are the quick highlights of Tom Shadyac’s Hollywood resume:

He also served as an Executive Producer on 76 episodes of the Sitcom “8 Simple Rules”. To date, movies that Tom has been involved with either as a director or executive producer, have grossed over $2 billion dollars worldwide.

After the successes of first Ace Ventura and The Nutty Professor movies, Tom’s salary jumped to $5 million for Liar Liar. Liar Liar turned out to be another huge hit. For 2003’s Bruce Almighty, he was able to negotiate owning a piece of the back-end gross revenues. That’s where you make the real money in Hollywood. In Tom’s own words:

“I made about $5 million on Liar Liar and I owned a piece of Bruce Almighty and it ended up grossing over a billion so I made over $30 million on that one.“

$30 million off one paycheck. Not bad at all! By the way, it should be noted that when Tom says Bruce Almighty grossed “a billion” that includes all revenue streams such as home video sales and licensing. Hence the difference between our $485 million number a few lines up. 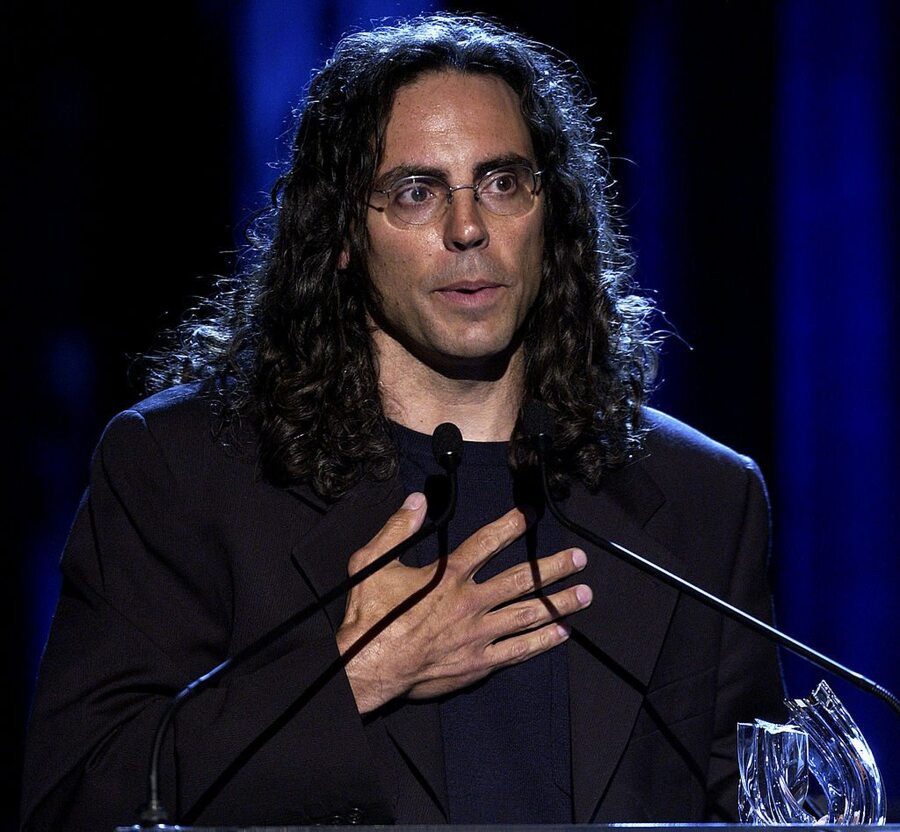 And as you would expect, Tom started to live a pretty amazing Hollywood life complete with a 17,000 square foot mansion, a private jet and a garage full of exotic cars. At one point he calculated that whenever he used the jet, it cost $44,000 an hour. But who cares about a couple hundred grand when you’re making $30 million a year?!

Years later, Tom estimated that at the peak of his wealth and career, his personal net worth topped $50 million. That’s after taxes. Assets minus liabilities. Money in the bank. And his career was still white hot! There was nothing stopping Tom from putting another $50 million away in the next 5-10 years. Or more!

Unfortunately, everything changed on a fateful day in 2007. Tom was riding his bike in rural Virginia when he got into a terrible accident that left him with a serious concussion. After being released from the hospital, he returned to LA to recuperate. Unfortunately, even after several months had gone by, Tom was still suffering debilitating migraines and an unbearable hyper-sensitivity to light and sound. To make matters worse, he found himself haunted by a never-ending ringing in his ears. The pain was so bad that he retreated into a reclusive world. Trapped in his mansion, he covered every window with blackout curtains and barely left the house. He actually began sleeping in the closet. Obviously working on another movie was out of the question. The agony lasted for more than six months and during that time Tom’s mental health started to take a very bad turn. Again, in his own words:

“I felt suicidal at points. It was a disaster. The worst thing you could do to someone is sentence them to solitary confinement and that is what this felt like.“

It would be roughly three years before he could muster the strength do anything in Hollywood again. But before that could happen, Tom had a revelation. A revelation that was absolutely stunning. Tom Shadyac decided to give his entire fortune away to charity. He gave up the 17,000 square foot mansion in Pasadena and sold the bulk of his personal possessions. That included the cars and the private jet. He donated significant amounts of money to charity, especially those that protected homeless people, the environment and animals. He opened up a homeless shelter in Charlottesville, Virginia. He gave the city of Telluride, Colorado a grant which allowed it to set aside a large natural area at the town’s entrance. He gave money to St. Jude’s Children’s Research Hospital in Memphis… the list goes on and on. Perhaps most shocking of all, he traded the 17,000 square foot mansion for a 1000 square foot double-wide in a Malibu trailer park. Clearly, Tom’s entire worldview did a 180 degree shift. Again, in Tom’s own words: 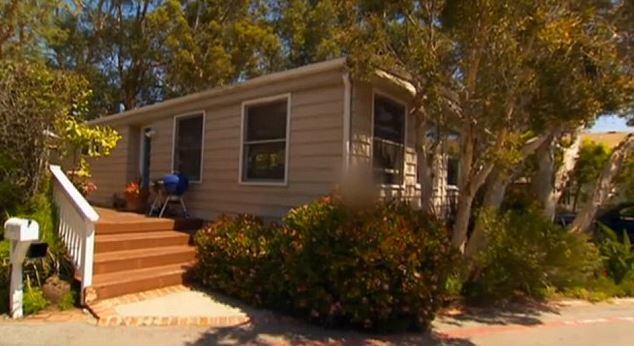 “I believe I was my least successful when I ‘had it all’… I didn’t need a private jet. It costs $44,000 to fly for an hour and a half, someone doesn’t even make that in a year… The more I give away the wealthier I feel. For everything I ‘gave up’, so much more was returned. The trappings of fame and fortune are exactly that – a trapping. It’s called the spoils of success for a reason.”

And perhaps his most insightful revelation:

“No one is ever looking to have a more robust IRA when they are on their deathbed. They are saying, ‘I am so happy that I had the opportunity to love this family, to be a part of something’ .”

Tom did eventually return to working on movies, but his new worldview also had an impact on the projects he worked on. In early 2011, he executive produced a documentary called “Happy” that explores the concept of happiness as experienced in 14 different countries and cultures. I rented this on iTunes a while back and it is seriously amazing. Go out and watch it tonight.

Next, Tom stepped back into the director’s chair for the 2011 documentary “I Am“. This movie is a personal exploration of everything that happened in Tom’s life since the bike accident. Tom travels the world to interview scientists, philosophers, religious leaders and environmentalists to ask two questions: #1) What’s Wrong With the World? And #2) What Can We Do About it? He wrote, directed, produced and narrated “I Am”.

So there you have it. That’s the story of how Tom Shadyac ended up ditching Hollywood, donating his $50 million fortune to charity and setting his life on a radical new path. Clearly he is a very inspirational and courageous person. Let me re-iterate how much I enjoyed “Happy”. Definitely check it out. I’ll definitely be watching “I Am” some night this week.

Hat tip to James Altucher’s newsletter for some of the quotes that appeared in the above article.