Two people with the same hobby “traveling and working abroad” met in the internship (internship) of a large company in 2015, both 21 years old, they would not know that later they would develop a business together.

Carlos Tello and Rodolfo Pérez were always struck by living and working in other countries. After graduating and after several internet searches Carlos succeeded, continued his studies in Ireland and then decided that he wanted to go to Asia, while Rodolfo continued to develop professionally in Mexico, but without forgetting his dream.

These two young people kept in contact and when vacancies were opened in the company for which Carlos worked in the Asian country, the entrepreneur did not hesitate to contact his friend. They were working together, gaining experience and being a solution for the Chinese in terms of understanding the Latin American market.

During this time, both young people began to develop their own business ideas until they hit the nail on the head and thought of a solution for the returns of products from the marketplaces in China that made customers from countries like Mexico.

“Without much hesitation when a vacancy came out that Carlos also shared with me, it also applied and we met again in 2019, working in another company together, now in China, no longer in Mexico. And from there, everyone had their time in that company, we began to develop our own businesses, which was our intention, I believe that we were always on the path of entrepreneurship ”, explains Rodolfo.

“We were working for a while [in an ecommerce company] and after those opportunities, others opened for us to undertake, which was simply to provide consulting services to the Chinese. And there comes a point where we were a solution for them, their solution in Latin America. Because of that, the Komet store was born ”, says Carlos Tello. 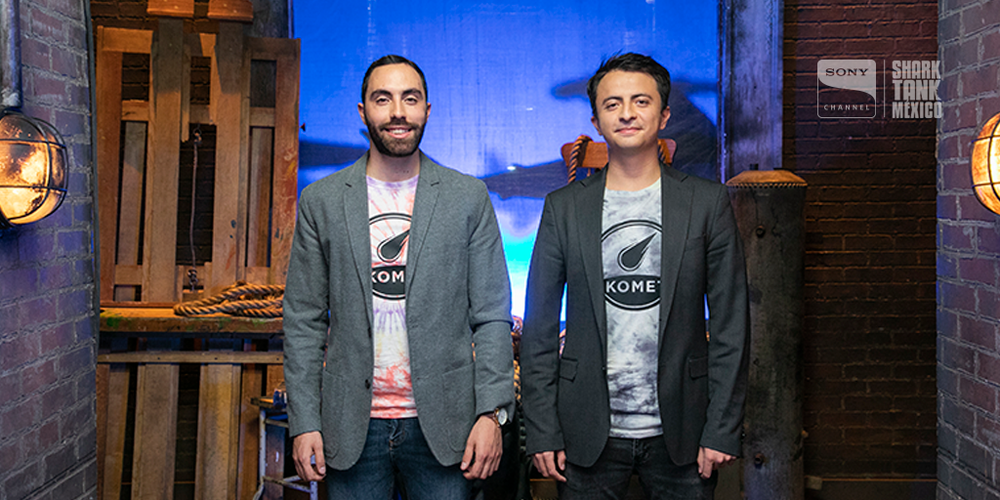 Komet is an online store that sells returns and liquidations of large marketplaces in Mexico. What these entrepreneurs do is buy the products returned by customers to large e-commerce stores and make them available to others on their website in the form of batches.

“All this that you see of lots and things that maybe could not be sold in the first instance and at a certain price level, well with us they have a second chance to sell themselves at a much better price and that in fact allows you to do business to our clients ”, explains Carlos.

They also have a product called “surprise boxes”, which can range from clothing to electronic objects and represent the only way to acquire some products without having to pay for them in bulk.

According to Invesp data, at least 30% of all products ordered online are returned, compared to 8.89% for physical stores. This represents losses and a process that can become “cumbersome” for the world’s largest marketplaces. For example: returning a product from Mexico to China could cost much more than even destroying or disposing of it.

Carlos and Rodolfo seek to solve this problem, giving a second life to this type of article. In addition, entrepreneurs become the bridge for others to earn extra income.

“In the mere business, when acquiring products in very large batches, volume and wholesale, the clients that we normally attract and that are our strong base, are entrepreneurs and microentrepreneurs who want to start a business or have a second source of income,” says Rodolfo . 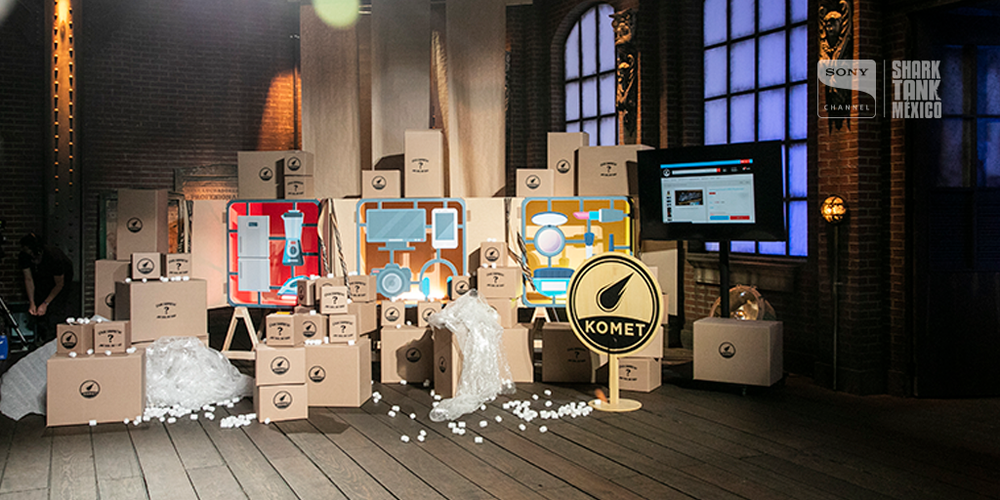 Komet sells items in bulk with the aim that its customers can repair and resell or even just resell to others and that this generates a profit for them.

“Now in the pandemic that many jobs were lost, we heard several success stories from our clients who found in the Komet store a way to be able to buy products, repair them in some cases, and in others just resell them to get a profit and thus get ahead. in these months that have been quite complicated ”, they explain.

Sudden swim in the tank with sharks

Since this venture was born in June 2020, Carlos works and lives in Hong Kong , China, while Rodolfo is in charge of operations in Mexico.

A late application to Shark Tank Mexico that airs every Friday at 9:30 p.m. on Canal Sony , would make them believe that they would not participate in the program. However, an unexpected vacancy was opened and with less than a month in advance Carlos had to find a flight to Mexico City. 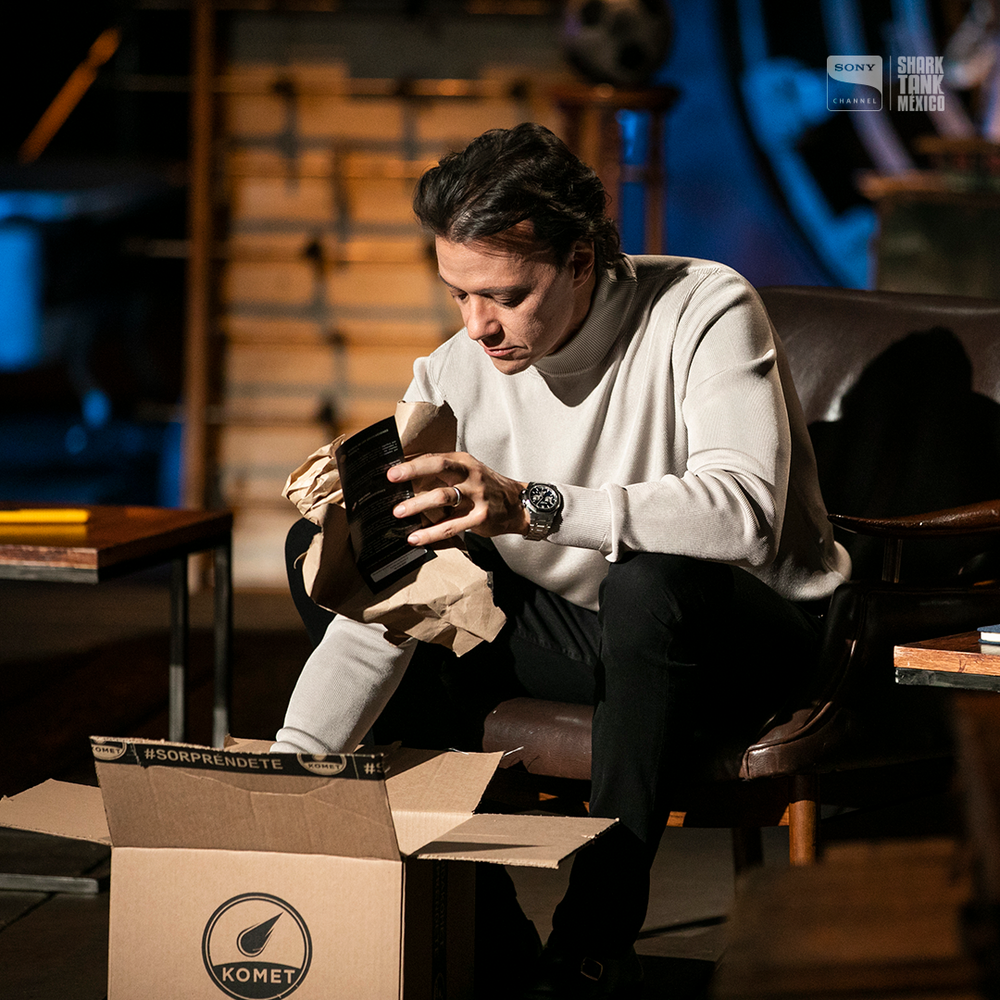 “The truth is that we applied late and luckily we had to be called to replace a team that could not go to the end … It was something more or less sudden, since I did not notify Carlos more than a month in advance that I had to find a flight from Hong Kong to Mexico. It also got a bit complicated because it was just in the middle of the pandemic and there were many limitations out there, but we believed that it was worth it … Due to our experience working together we had already had presentations of an important business level, but not in this format “, he explains Rodolfo.

Turn them into unicorn

The entrepreneurs came to the tank asking for 5 million pesos (approximately 250 thousand dollars) for 15% of their company. After the negotiation talk, they received offers from Alejandra Ríos , Arturo Elías Ayub and Rodrigo Herrera .

“From the hand of Rodrigo and mine, I think we are going to fly it out of the canyon park … Rodrigo and I have been waiting for a unicorn and we want it to be this one, ” said Arturo Elías Ayub.

Finally, after a counter offer, Carlos and Rodolfo accepted a proposal from Arturo and Rodrigo that was 6 million pesos for a 33% stake with the condition that they return one million to the sharks after the first sale. 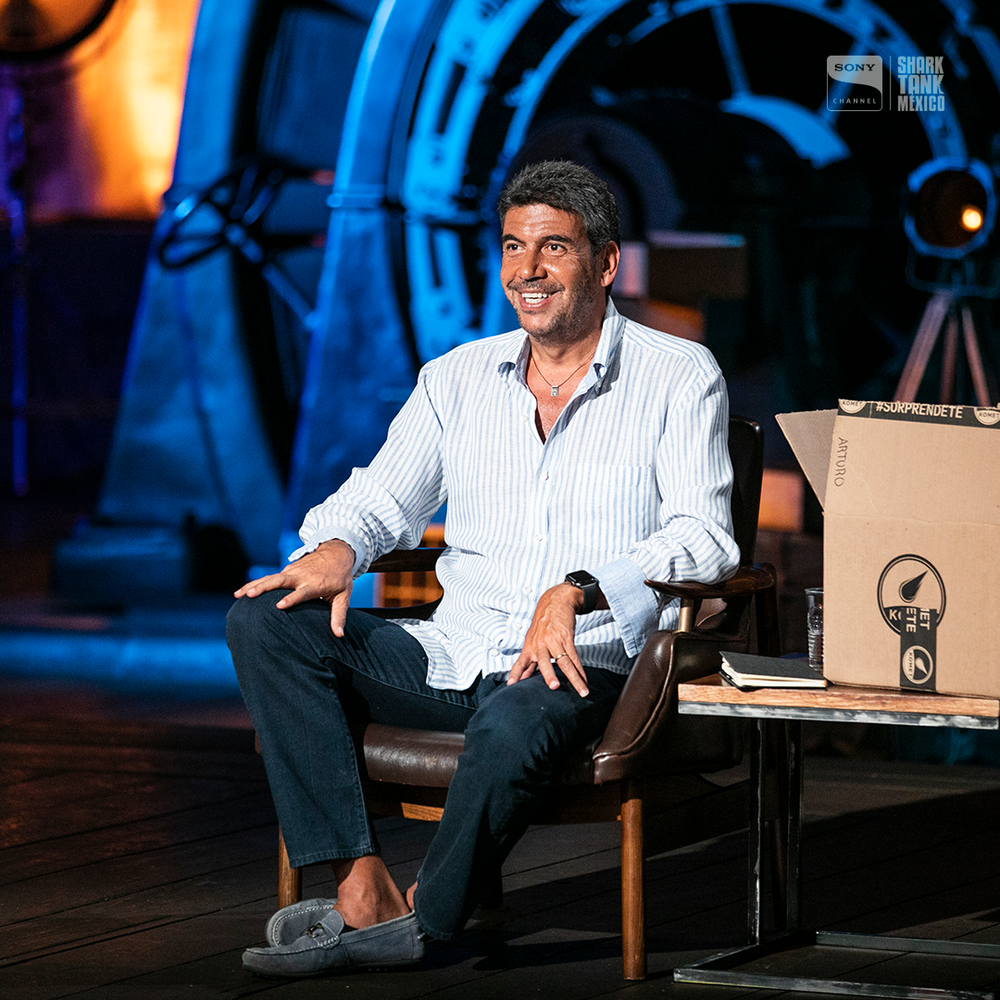 “I remember that when we entered the tank we were nervous and that even though you have the experience, the knowledge, and you are sure of the project, of course it causes you a certain nerve to be on that stage more after having played the entire 5 seasons. in a couple of days, but I think we were sure that what we were going to present made sense, we were sure of all the information and that was key. As an experience it was very cool to be able to live with other entrepreneurs, to be able to share ideas in the short time or in the few moments that we were able to talk, ”says Rodolfo.

From last year until now, entrepreneurs have achieved sales of 10 million Mexican pesos and although they declare that the most difficult thing has been “to start turning the wheel”, which for them means finding customers, suppliers and allies, they have shown to do so very good.

“Thanks to the commercial relationships we achieved [in China], having gone to live in that country and because the clients we had from other businesses, we were able to leverage a little to obtain good deals and not require such a high initial investment,” explains Carlos .

In order for you to achieve key allies for your venture, these young people explain to us that the most important thing is:

“If you put these three points together, you are going to have a win-win relationship because you are truly and sincerely interested in solving the problems of the other part of the business and both of you are going to win that way,” says Carlos.

“Communicate, understand the needs and create that genuine interest in solving the problem and not only looking for a benefit for yourself,” Rodolfo concludes.

13 Common Interview Questions and How to Answer Them

What Is Small Business SEO?

The Ultimate Guide to Video Marketing

What are Google Web Stories and why should you care?