Andrés Valverde and Miguel Cervantes have been friends since high school. They were a couple of foreigners living alone in Mexico City with only eighteen years. Today they have a project together called Simple , a craft brewery. Miguel says that Andrés began experimenting with making beer since they were studying together; He invited the group of friends to his apartment to try the ” chela ” that he had created in his kitchen. After high school, they went their separate ways, but kept the relationship. Andrés created his Harmonic project, a gin brand that was well received, while Miguel was studying Economics at ITAM (and sold chelas at the same time).

A few years later, Andrés proposes to Miguel to start a brewery together. He tells her that he was inspired by an episode of the Easy series called Brew Brothers in which the protagonists start selling beer from their garage. Miguel agrees to the proposal. This is how Simple is born.

“Friends tend to have an affinity outside of what they do; they think alike and have very similar moral and work ethics. You hang out with people who have values similar to yours and if you can transmit those values in the company for me it is something incredible. ”, Says Miguel in an interview with Entrepreneur en Español .

Originally Simple was just a tap room , a place where people could go to taste different beers and have fun with their friends. They found a place in the Juárez neighborhood where they could produce and serve their own product, which also had a good consumption center. They opened on February 3, 2020 and the first month all the sales projections they had were met; his project was being a success. However, the unpredictable arrived: a pandemic that forced everyone to stay at home and close all in-house consumption centers.

According to a report by the newspaper El Financiero , during the pandemic 15% of restaurants in Mexico were closed, which number around 90,000. At the beginning of the health crisis, all restaurants were prohibited from operating. This caused many businesses to lose a large percentage of their income and continue to have to pay expenses such as the rent of the premises. When they allowed it to reopen with very strict measures, there were very few customers. In the summer of 2020 there was still very little information about COVID-19 and therefore very afraid to go out and catch it. All these conditions made it very difficult for the consumption centers to remain open. So how did Simple make you not only survive this, but also grow? 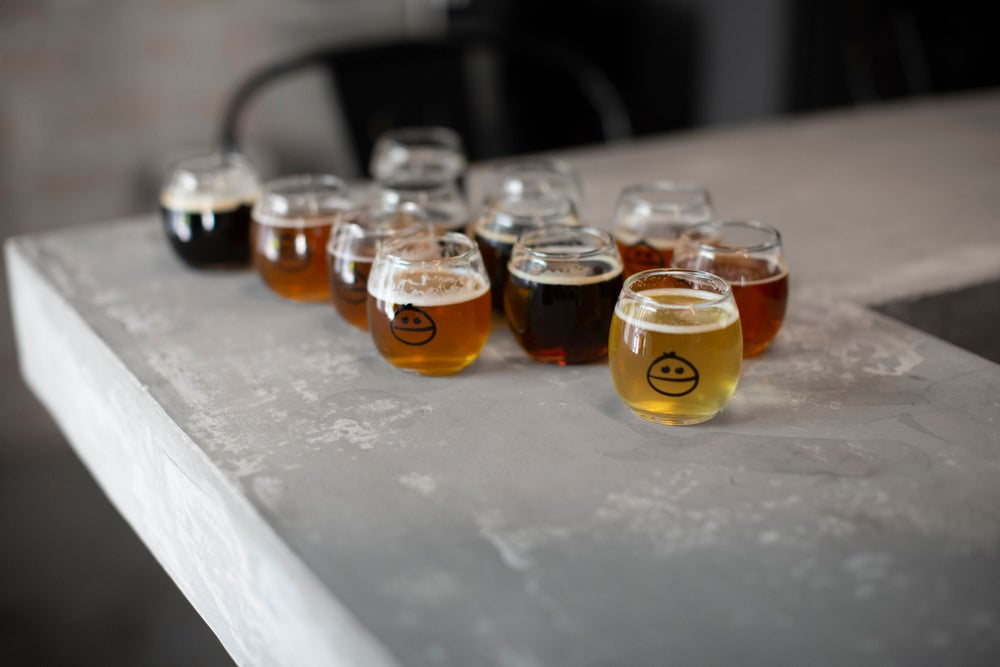 How did two businesses join forces?

Trying to survive in the times of confinement , the two partners made delivery as they could: in the car of one, on the motorcycle of another, by bike or on foot. By doing so and not using applications like Rappi or Uber Eats they saved money, since they charge between 20 and 30% commission. They had said that they would lower the commission for the pandemic, but this did not happen and it cost many businesses dearly. And that allowed them to hold out until the orange light was announced in the summer of 2020. Finally, they were going to be able to open, but with one condition. In order to have in-house consumption they had to declare themselves as a restaurant and for that they had to serve food. Looking for a solution, they started doing pop-up events with different chefs and proposals. This is how Niss arrives at your doorstep, a proposal kitchen project that was born during the pandemic. Luis Carlos, one of Niss’s partners, prepared arepas for a pop-up event that Simple’s customers liked very much.

Luis Carlos is a Colombian chef who has spent the last years working in the hidden kitchen restaurant with his sous-chef Dennise Pérez. Both were out of work early in the pandemic and sought to do something else. 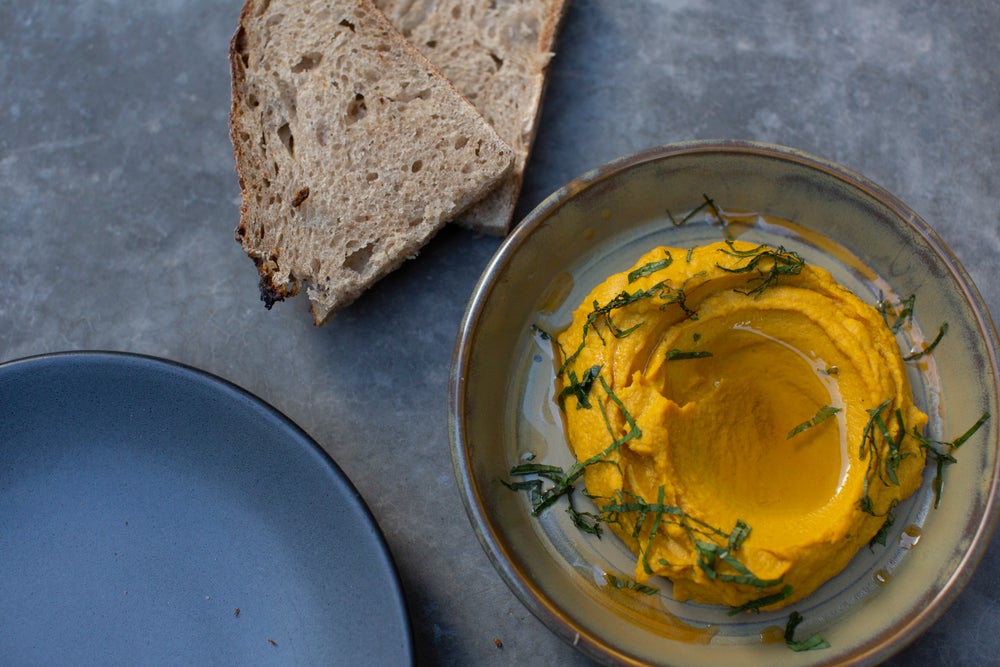 “The time came when we already had to do something because money wasn’t going to last us our whole lives. For me, working under someone else didn’t work anymore, so it seemed like a better idea to set something up ourselves. ”Dennise comments in the interview.

The day he cooked for the pop-up , Luis Carlos came to speak with Andrés and Miguel to offer to complement forces. It had been a busy day and people had liked the food, so Simple’s partners thought it a good idea to give collaboration a chance. Niss made him a food proposal that beat them and they’ve been working together ever since. The restaurant was installed inside the tap room and a kitchen was added to the premises that has been open for three months. They are still two individual businesses that for the moment are working together towards one goal: making a name for themselves in the industry and growing.

What were the challenges you faced once associated?

Miguel explains that part of what Simple wants to do is enrich the concept of beer in Mexico, which is difficult because people cling to what they know. They want their business to serve the craft beer niche, show them that it is an accessible drink but can also bring something different to the traditional flavor and become a pairing option.

“It is a great challenge to lead by example of where we want the beer culture to go and for more people to recognize it for being a high quality product. That is why we try to ensure that our average ticket is not too high. Yes, we have to comply with the costing, but we do not want the price to be an element that excludes. “

On the food side, Dennise faces a similar challenge, saying that people come expecting burgers or very filling plates and find a much cleaner kitchen. She does not like to saturate the dishes with flavors so that they pair well with beers and that the most difficult thing is to change the idea that one has of the food that goes with this drink.

“I believe that this is part of our project as a whole. Our two brands, which in the end go hand in hand, want to change this concept that we have. “

That challenge has to do with people accepting your proposal. To achieve that, they have to have clients to propose it to. Despite the fact that they could open the place, the pandemic continued to present challenges for the consumption of food and beverages such as convincing people to physically go to a restaurant.

In general, there are already many aspects of life that we solve digitally and businesses need to keep up with this, but confinement tripled the time and services we seek online. To reach the customer, it was necessary to think of a digital marketing strategy. At first they did not bet much on the growth of their social networks because it did not help them to have many followers who do not return in the form of a client and they did not have a complete digital cover letter, then they preferred organic growth. They found that it was more useful to contact different food or beverage or business outlets to obtain their validation. They still competed in the Centro de Cervezas Cup and won two medals. With this they can show the public that their product is really worth it and that they already have a year and a chunk of work behind them. Since they have your cover letter, they can start to focus more on their social media and maybe even pay for advertising. 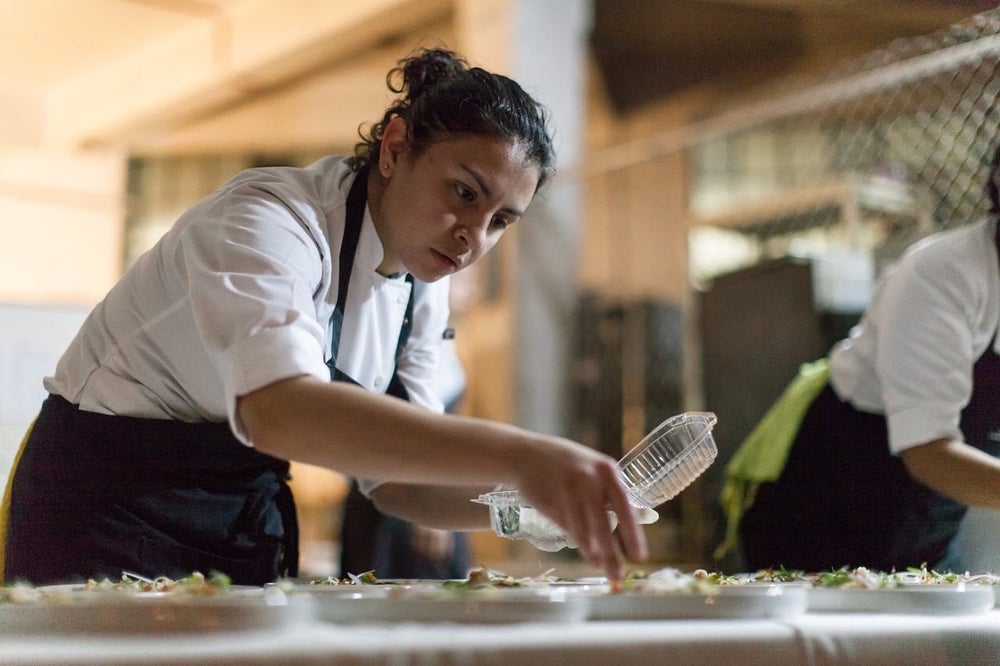 What about them now?

They kept looking for new ways to expand and get their product to different customers. Now they already have eight styles of headboard, which apart from being available in the tap room , they have already produced a production of them in cans and are now working on one in bottles.

“What we are trying to do is diversify the product. Yes, the premises are as imagined at the beginning, but now let’s think about how we can sell abroad. What other consumption centers can we reach? You have to get labels, cans or bottles, you have to get collaborations to achieve a greater positioning in the brand. “

Confinement and sanitary measures imposed on restaurants greatly limited sales. Those who did not seek to generate income despite the obstacles that were presented to them or that simply were not possible for different reasons, had to close their store. The fact that you have looked for different possibilities of what your business could be and have not stuck to the initial idea is one of the key elements by which Simple and Niss not only survived the pandemic, but grew.

One of the things that increased during the pandemic was capacity. At the beginning, the place only had three tables for four people and a bar for seventeen. Thanks to the inclusion of a restaurant, they were able to access the procedures to have tables outside on a kind of terrace and add two more bars. Having a terrace makes it a little easier to comply with the measures that are required in restaurants. The rule is that people cannot be seated inside until the terrace is full. The sanitary measures for now do not allow them to reach half their capacity, but even so the growth was a good achievement.

Although they have taken very good steps to save and grow their business, their story is not over and the challenges keep coming. As Miguel mentioned at one point during the interview, “we have not come out of the pandemic, so we must try not to limit ourselves to thinking that because we have already solved one thing, we have already solved everything. In the end we continue to build. ” 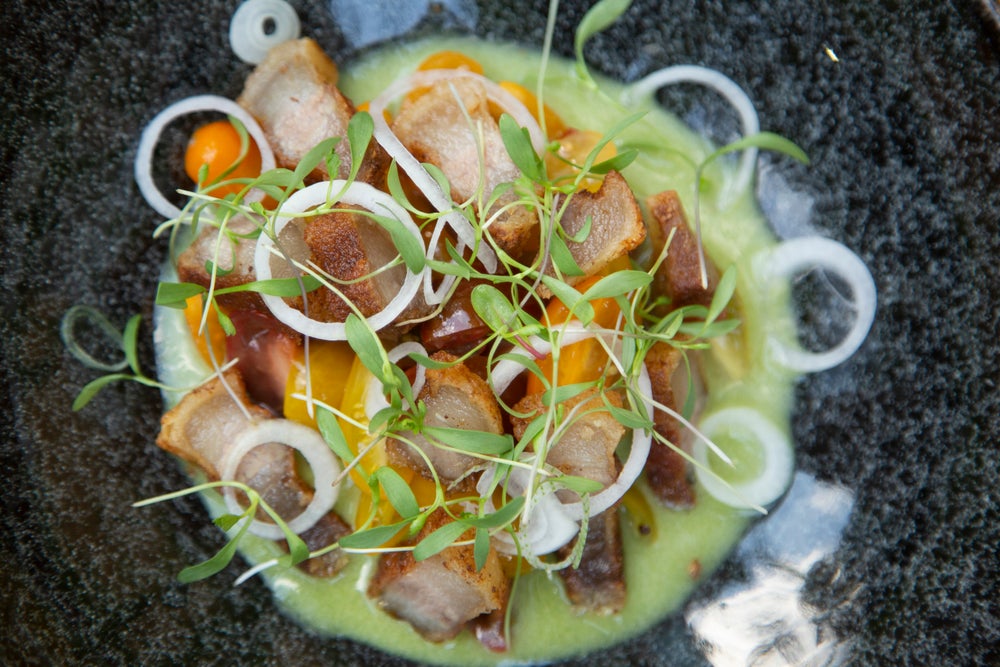 Tips for surviving the pandemic

For those who are thinking of starting now or already have a project that has stalled in recent months, the partners at Simple and Niss have two pieces of advice to give based on what they have learned from their own experience. On the one hand, Miguel would tell them not to close down to a sales channel and that there are many accessible and easy-to-understand tools they can use to reach more people.

On the other hand, Denisse says that it’s all about the opportunities that come your way and not letting them go by.

“If the opportunity comes, grab it! Because if we had stopped because of this situation or because it is not being sold, maybe the opportunity would have gone away and we didn’t do anything anymore. “

It is clear that Simple and Niss took advantage of all the opportunities that presented themselves and did not stop looking for others. They found the weakness of two individual projects and came together to strengthen each other. At the moment it is a great collaboration that works very well, but they do not want to tie their projects firmly so that each one has the opportunity to grow wherever they want.

It seems that the partners have created a good friendship and that atmosphere of trust and freedom is transmitted in Simple and Niss.

How to Give Your Two Weeks Notice with Examples

The Ultimate Guide to On-Page SEO in 2022

How to Make a QR Code in 5 Easy Steps