The Richest People In Boston

Boston is the most populous city in Massachusetts with 696,600 people, making it the most populous city in New England as well. The Greater Boston metro area is home to 4.8 million people. If you expand it out to the larger commuting area, it is home to 8.2 million people. Boston’s billionaires come from a number of backgrounds: finance, sports, e-commerce, athletic shoes, beer, and technology, to name just a few. Boston is one of the oldest cities in the United States, founded in 1630 by Puritan settlers. Boston was the scene of a number of the biggest events of the American Revolution including the Boston Tea Party, the Boston Massacre, the Battle of Bunker Hill, and the Siege of Boston. It is home to the first public park in the U.S. (Boston Common, 1634), the first public school (Boston Latin School, 1635), and the first subway system (Tremont Street subway, 1897). It is home to more than 50 colleges and universities including Harvard, Boston College, Boston University, Berklee College of Music, Brandeis, Emerson College, MIT, Northeastern, Tufts, and the University of Massachusetts Boston. There are 13 billionaires in the greater Boston area. Four of them come from the same family.

Jim Koch has earned his net worth as one of the founders of Boston Beer Company. The Boston Beer Company is probably most famous for producing the Samuel Adams line of craft beers. Jim comes from a long line of master beer makers. His father was a fifth-generation brewer and had old recipes stored in the attic of his childhood home. Jim was born in Cincinnati, Ohio and he has three degrees from Harvard University, including a B.A. and J.D./M.B.A. He founded the Boston Beer Company in 1984 and over the last three decades has grown the business by leaps and bounds. 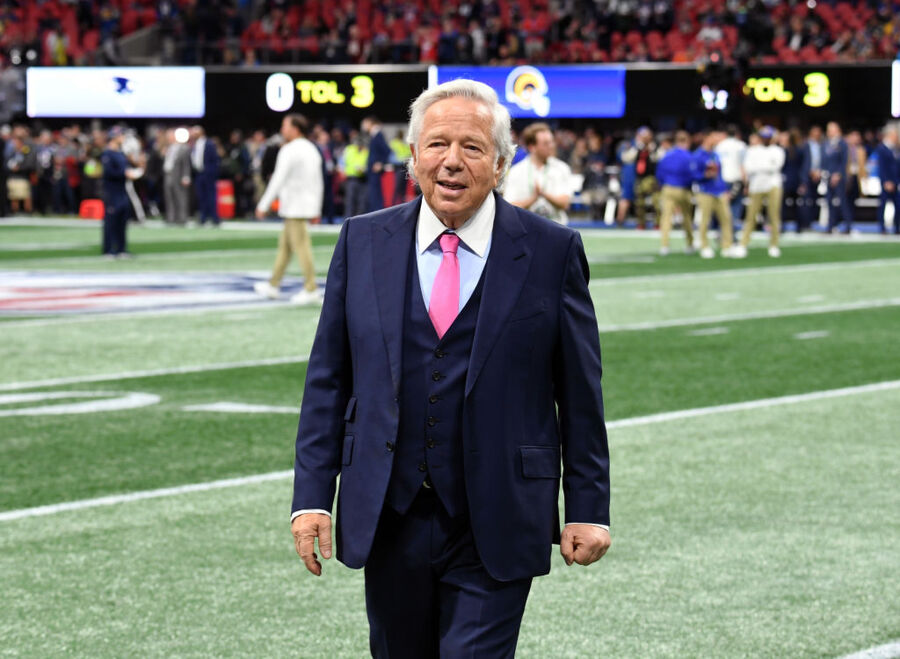 Valentin Gapontsev founded IPG Photonics in Russia when he was in his early 50s. One of the most prolific and successful innovators in the field of fiber lasers, Gapontsev has received numerous awards and honors, including an Engineering Excellence Award from the Optical Society of America in 1999, an Ernst & Young New England Entrepreneur of the Year Award in 2006, and the Russian Federation National Award in Science and Technology in 2010. IPG Photonics manufactures fiber lasers and amplifiers, which are used in everything from medicine to telecommunications. The company moved from Russia to Germany and is now based in Massachusetts.

Phillip Terrence Ragon is a founder and sole owner of InterSystems, as well as its current CEO. A 1971 graduate of MIT, Ragon set up InterSystems six years after graduation and since, has turned it into a private vendor of software systems and technology for high-performance database management, integration, rapid application development, and healthcare information systems.

Steve Conine and Niraj Shaw are co-founders of the e-commerce website Wayfair. They met in high school when they both attended a summer program at Cornell University. They founded the company in 2002. Wayfair’s 2019 net revenue was $9.1 billion, a 35% increase from 2018.

Amos Hostetter graduated from Amherst College and then went on to earn his M.B.A. from Harvard University. After he completed his academic studies, he began working for Cambridge Capital and convinced them to provide the seed money for a cable television system in New Jersey. The company, which was run by Hostetter and his college roommate, quickly grew nationwide and became Continental Cablevision. Before its sale to U.S. West in 1996, Continental Cablevision was the largest privately-owned cable company in the United States. U.S. West purchased it for $11 billion. Hostetter subsequently bought the company back, changed its name to MediaOne, and resold it to AT&T for $58 billion. He now runs the investment firm, the Pilot House.

In 1972, Jim Davis bought New Balance, a running shoe company. At the time, New Balance was a small business with only six employees. He grew the company into one of the most successful shoe manufacturers in the world. It currently has 4,000 employees spread out over multiple locations around the globe. 25% of the company’s shoes sold in the US are actually made in the US. New Balance is the official footwear and clothing sponsor for the Red Sox.

Edward Johnson IV is the brother of Abigail Johnson and the grandson of Edward Johnson II who founded Fidelity Investments. He is the President of Pembroke Real Estate, which is owned by Fidelity’s parent company.

Alan Trefler is the 64-year-old founder of Pegasystems, a software company based in Cambridge. Pegasystems focuses on streamlining business. The company went public in 1996 and makes more than $900 million annually.

Robert Kraft made his fortune as Chairman and CEO of The Kraft Group, which holds assets in everything from paper to real estate. He is most widely known as the primary holder of the New England Patriots, the New England Revolution, and Gillette Stadium. He has owned the Patriots since 1994. He bought the team for $172 million. Today, the team is worth $4.1 billion.

Edward Johnson is the patriarch of the United States’ largest mutual fund, brokerage, and insurance firm. Two of his children currently run much of the company. Edward Crosby Johnson III was born in June 1930. He and his daughter Abigail own and run Fidelity Investments and Fidelity Worldwide Investments. Fidelity manages $2.9 trillion in assets.

Elizabeth Johnson is Abigail Johnson’s and Edward Johnson IV’s sister. She owns a 5.56% stake in the parent company of the family business, Fidelity Investments. She founded a stable for jumping show horses.