Skip to content
Home » Technology » The Most Common OnePlus 7 Pro Problems, and How to Fix Them
Technology

The Most Common OnePlus 7 Pro Problems, and How to Fix Them 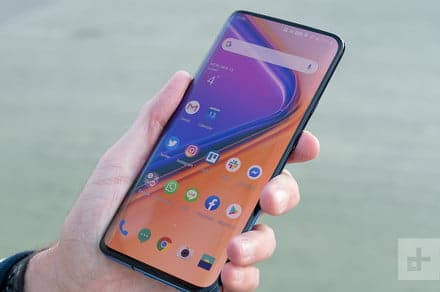 The OnePlus 7 Pro is a wonderful smartphone with bags of power and a truly stunning display, but it’s a lot more expensive than previous OnePlus releases. When you’re paying top dollar for a phone, you’re entitled to expect near-perfect performance, but sadly, that’s a rarity. We’ve dug around and compiled a list of common OnePlus 7 Pro problems, with advice on how to work around or fix them.

If you’re still getting to grips with your OnePlus 7 Pro, then check out the key settings we recommend changing and consider getting yourself a decent case and screen protector.

Problem: Ghost touches on the screen

We reported on this OnePlus 7 Pro touchscreen issue, which has prompted several large threads at the OnePlus forum. People are suffering from phantom touches on the touchscreen which they aren’t responsible for. The problem seems to be random and most often happens on the top portion of the screen. Apparently, the CPU-Z app is a good way to test for the problem, as it seems to trigger consistent ghost touches, but they are happening intermittently for sufferers in a variety of apps.

We’ve seen threads at the OnePlus forum and the XDA Developers forum about the “OK, Google” voice command either not working at all or only working intermittently on the OnePlus 7 Pro. For some people, it seems random, while others report that it only fails to work when the phone is unlocked. There are a few different potential solutions you can try.

Even with a modern chipset and 12GB of RAM, mishandling a smartphone can lead to lag, or in the worst case, an unresponsive screen. Sadly, this seems to happen more often than we expect with numerous users on Reddit reporting issues with their screens.

Even though the OnePlus 7 Pro has a big, 4,000mAh battery, we haven’t been impressed by its stamina. With battery life and overheating, much depends on how you use your phone. You have to accept that long gaming sessions with graphically intensive games are going to use up a lot of power and generate a lot of heat. People are discussing their experiences in this OnePlus forum thread, and not everyone is happy.

Glitch: Incoming calls and texts not working on Verizon

There are threads at Reddit and the XDA Developers forum concerning incoming calls and text messages failing to come through at all or dropping instantly on pick up for people using the OnePlus 7 Pro on Verizon. Outgoing calls and texts seem to work just fine. Luckily, this should be easy to sort out.

Auto-brightness is the feature in your phone that causes the screen to automatically dim or brighten based on the light in your current environment. The tool is a life-saver when it comes to saving your phone’s battery life, and it can be a relief for your eyes. That said, when this feature isn’t working in top-form, it can be frustrating to get blasted by a bright screen. Some users have complained that this feature doesn’t work consistently on their OnePlus 7 Pro. They say that they don’t get a smooth shift in brightness levels like the company promises. Instead, their display brightness will flicker, change to an incorrect level, or never adjust at all.