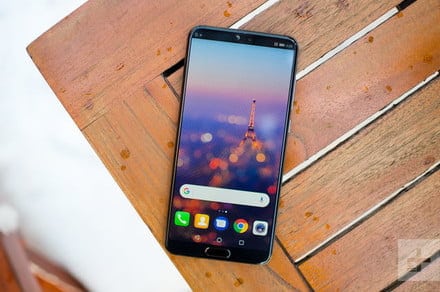 It might be an older phone now, but the Huawei P20 Pro is still sure to impress. It has an eye-catching design, a long-lasting battery, and still one of the best cameras we’ve ever encountered on a smartphone. But as impressive as it is, this phone is not perfect, and we’re not just talking about the fact that it isn’t on sale in the U.S.

More on the Huawei P20 Pro

We’ve gathered together some of the most commonly reported Huawei P20 Pro problems for you here, and we’re offering up workarounds and potential fixes to help you get your issues sorted out.

Issue: The Play Store and other Google apps have disappeared

As a flagship phone, the Huawei P20 Pro was entitled to a number of software updates for a couple of years following its release. EMUI 9.1 (under Android 10) is included in that, but many users may wish it wasn’t. Some have noticed the Google Play Store has disappeared from their devices, seemingly having been hidden from view.

Problem is, this isn’t a bug. Due to Huawei’s ongoing issues with the U.S., Huawei is not allowed to use Google’s services — which means no Play Store, no Google Maps, and none of Google’s other services.

Unfortunately, that means there’s no solution to this particular problem, as it’s not a bug or a problem that can be fixed. However, that doesn’t mean you’re without access to new apps. Huawei’s own App Gallery might not be as large as the Google Play Store, but it’s packed with enough favorites that you shouldn’t miss the Play Store too much.

Quite a few people have found that the fingerprint sensor on their P20 Pro has stopped working. We’ve seen threads about the issue on the XDA Developer forum and Reddit, among other places. For most people, it seems to be unresponsive, but others have also noted the sensor heating up and the fingerprint sensor options in the Settings menu becoming inaccessible.

A few people have run into an issue with push notifications, whether it’s a new message from WhatsApp or an incoming email from Outlook, not working as they should. When the P20 Pro is in standby, with the screen off, the notifications seem to stop and then they flood in when the phone is picked up and unlocked again. There’s a thread about it at the XDA Developers forum. This is likely due to Settings on your P20 Pro, and it’s easy to fix.

There are a couple of threads on the XDA Developers forum that mention unprompted reboots. For one person, it was happening repeatedly in the Gallery app, but for others, it seems to be a bit more random when it occurs. The P20 Pro will suddenly shut down and restart itself with no apparent cause. This is an issue we’ve seen from time to time on a lot of different phones.

In our opinion, one of the most impressive qualities of the Huawei P20 Pro is its extensive battery life. The device features a 4,000mAh battery, which can comfortably last you an entire day, or potentially two days between charges. That said, several users have reported issues through the XDA Developers forum and Android Central forum regarding poor battery life. The battery’s size is large; You shouldn’t have to troubleshoot or work around the issue too much, but we have a few ideas just in case. We also have a couple of ideas if you’re looking for a more permanent solution.

While scanning the XDA Developers forum, we spotted several complaints about touchscreen issues and lagging displays— most notably when users are trying to scroll or complete precise actions on their screen.

Huawei’s SuperCharge system boasts that it can bring one of its massive batteries from empty to fully-charged in roughly 90 minutes. However, several users haven’t been able to successfully speed-charge their device. The reports were found in several threads on the XDA Developers forum.

Several people have discovered their microphone on the Huawei P20 appears to go in and out while recording. Many reports of this issue were seen in threads on the XDA Developers forum; They say the glitch was most noticeable while trying to make a call and while trying to leave audio and video messages.