The Most Common Apple iPad Problems, and How to Fix Them 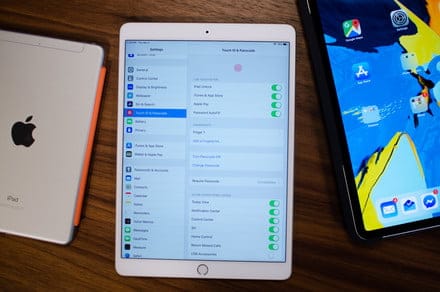 Apple’s iPad range tops the tablet market. Apple has sold well over 350 million of them worldwide and there are currently five different models to choose from. These tablets may be as close to perfection as you can get, but that doesn’t mean there aren’t flaws and potential issues to overcome. We’ve been digging around to unearth some common iPad problems and try to find workable solutions for them. Sometimes you need to go beyond a simple reset to get your iPad back on track.

You may find from time to time that your iPad screen freezes and remains unresponsive to your touch. It’s a common complaint at Apple’s support forum. The most likely culprit is a specific app, but it’s not always easy to identify which one. If it happens repeatedly, take note of what you have running and try uninstalling it to see if that solves the problem permanently. Whatever the cause, your immediate solutions to a frozen iPad screen are the same.

It’s a nightmare with any electronic device when it refuses to turn on at all. Don’t assume the worst, though, it may prove easy to revive. This is another common post in the Apple support forum.

Some people have reported issues with plugging the iPad into the computer and booting up iTunes only to find that the iPad isn’t there. If iTunes isn’t recognizing your iPad then you can try a few things to solve the problem.

If you find that your iPad won’t charge up when you plug it into the power adapter, there are a couple of possible reasons. If it doesn’t charge when you plug it into the computer, it may just be the port you are using, try the power adapter instead. You can see whether the USB port on your computer is charging it or not by looking at the battery icon on the iPad. If it is charging, you’ll see the lightning symbol; if not, it will say Not Charging next to it. Some computer ports can’t provide enough juice to charge the iPad, and it will always charge more slowly via the computer, even if it does work.

A lot of people have trouble connecting to Wi-Fi networks with their iPads. Before you start serious troubleshooting, you should check Settings > Wi-Fi on the iPad and make sure that it is turned on. It’s also worth making sure that Wi-Fi is accessible on another device.

If you find that your iPad is not its usual zippy self and you are experiencing some lag when you navigate around then you can try a couple of fixes. You may just have too many things running.

Quite a few iPad owners have been complaining about cellular data connections dropping frequently. Obviously, this will be seriously influenced by how good the coverage is in your area. If you have good coverage on the same network with your phone, but the iPad is struggling, you could try a couple of things. First, check in Settings > General > Cellular and make sure it’s on. You could also try a restart. If it continues to be a problem, go through the steps below.

A lot of iPad owners suffer from problems with random crashing where an app spontaneously closes or the iPad suddenly restarts. You might find that this is a bigger issue on older iPads. You can try a few different things to alleviate the problem. It is quite likely to be related to specific apps, so take note of what you were doing when it crashes and see if a pattern emerges over time.

Are you having trouble getting that new app you just purchased to sync to your iPad? Some people have found that apps will refuse to download. There are a few possible reasons.

When everything is running as it usually should, your iPad should take about three hours to recharge. If you own an older model, it still would only take about four hours, at a maximum. That said, many users report that it takes much longer for their iPad to recharge fully. We have a couple of tips to try and speed up the charging process.

Problem: The Apple Pencil isn’t working with my iPad

We completely understand how frustrating this issue can be, mainly because you likely bought the Pencil to pair specifically with your iPad. We have several solutions to try out to get the two working together again.

Problem: Your iPad is stuck in bootloops

A bootloop is when your device gets stuck in a cycle of turning off and turning back on; The iPad continues repeating that over and over again on a seemingly endless loop. We’ve found that these frustrating cycles tend to result from a bug in whatever app you were last trying to use. That said, there could also be a couple of other factors causing the bootloop. We have several recommendations to try out to stop the looping before you take your iPad to the Apple Store for help.

Samsung Launches 5 New A Series Phones in the U.S.