Bluetooth headphones allow us to listen to our favorite songs during commutes, travel, or at home without disturbing family members or roommates.

Over the past few years, wireless headphones have gone from cheaply made and flaky to audiophile friendly — with the caveat that lossless audio files get compressed as they’re streamed from your device. The best part is that Bluetooth headphones have gotten less expensive as the technology has improved.

One of the most significant advancements in Bluetooth headphones has been a dramatic increase in battery life. Headphones can sound great, but that doesn’t matter if they conk out halfway through your flight, especially during a great song or album.

What Are the Longest Lasting Bluetooth Headphones?

There are many factors to consider when choosing the longest lasting Bluetooth headphones for you; below are the most important ones, which we considered while we were researching this list.

Headphone Style: This guide includes a mix of truly wireless earbuds, on-ear headphones, and over-ear headphones. Larger headphones will typically sound better and have more effective noise cancellation but weigh a lot more. Bluetooth earbuds are great for exercising or running but won’t last as long or sound quite as good.

Battery Life: The batteries in the Bluetooth headphones we’re recommending last between seven and 40 hours on a single charge. The amount of battery life you’ll get will depend on your listening volume and whether you enable active noise cancellation.

Noise Cancellation: Every pair of headphones we’re recommending support active noise cancellation, which uses microphones to block unwanted sounds from reaching your ears. This feature is excellent if you often travel or work in a noisy environment. 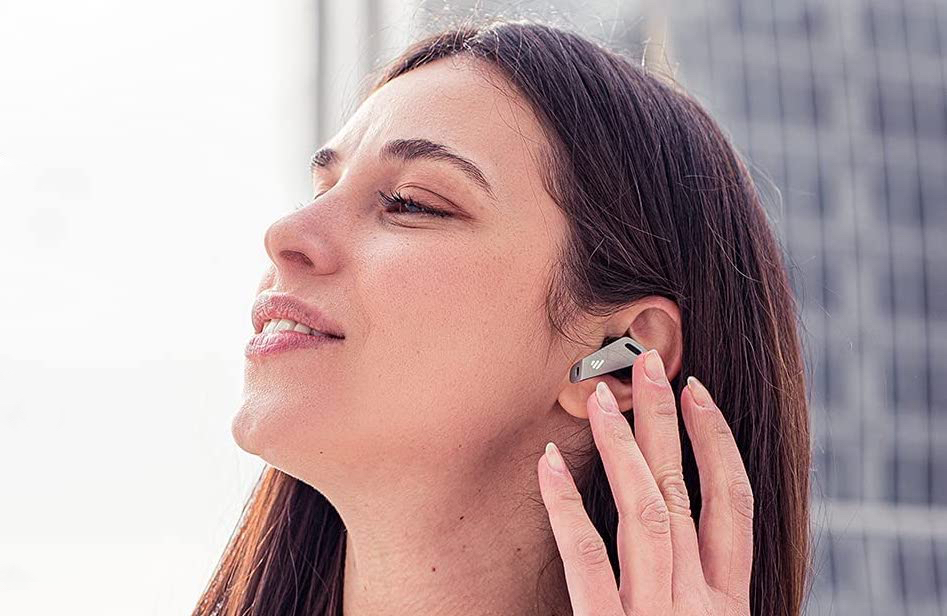 Edifier’s TWS NB2 Bluetooth earbuds can last up to nine hours per charge and are among the best pairs we’ve tested for under $100.

The earbuds fit well in our ears, and their small stems made them easy to insert and remove. Edifier includes several sizes of ear tips in the box, so you can find a set that suits your ears. Using the right-sized tip is important because it allows the earbuds to form a tight seal around your ear. Earbuds with a loose seal with leak sound, and you’ll lose a lot of bass.

Overall, we were impressed at the way the TWS NB2s sounded during our tests. Bass and treble frequencies sounded good, but we found the earbuds lacked a little midrange. This wasn’t a big deal, though, and was only noticeable when we listened very critically. During casual listening, the TWS NB2s sounded great.

There’s no way to personally customize the EQ of these earbuds, but Edifier offers a handful of sound modes you can switch between using a series of taps on the left bud. We stuck to the stock EQ and active noise cancellation modes most of the time.

Edifier says the TWS NB2s can last up to nine hours with active noise cancellation on and seven hours if you turn it off. Their battery case adds between 18 and 23 hours of playtime. The earbuds support fast charging, too, offering two hours of music playback off a 15-minute charge. This feature allows you to get through cross-continental travel with only brief interruptions.

Whether you’re commuting, running, or working from home, Edifier’s TWS NB2 Pros are a solid pair of earbuds with excellent battery life. 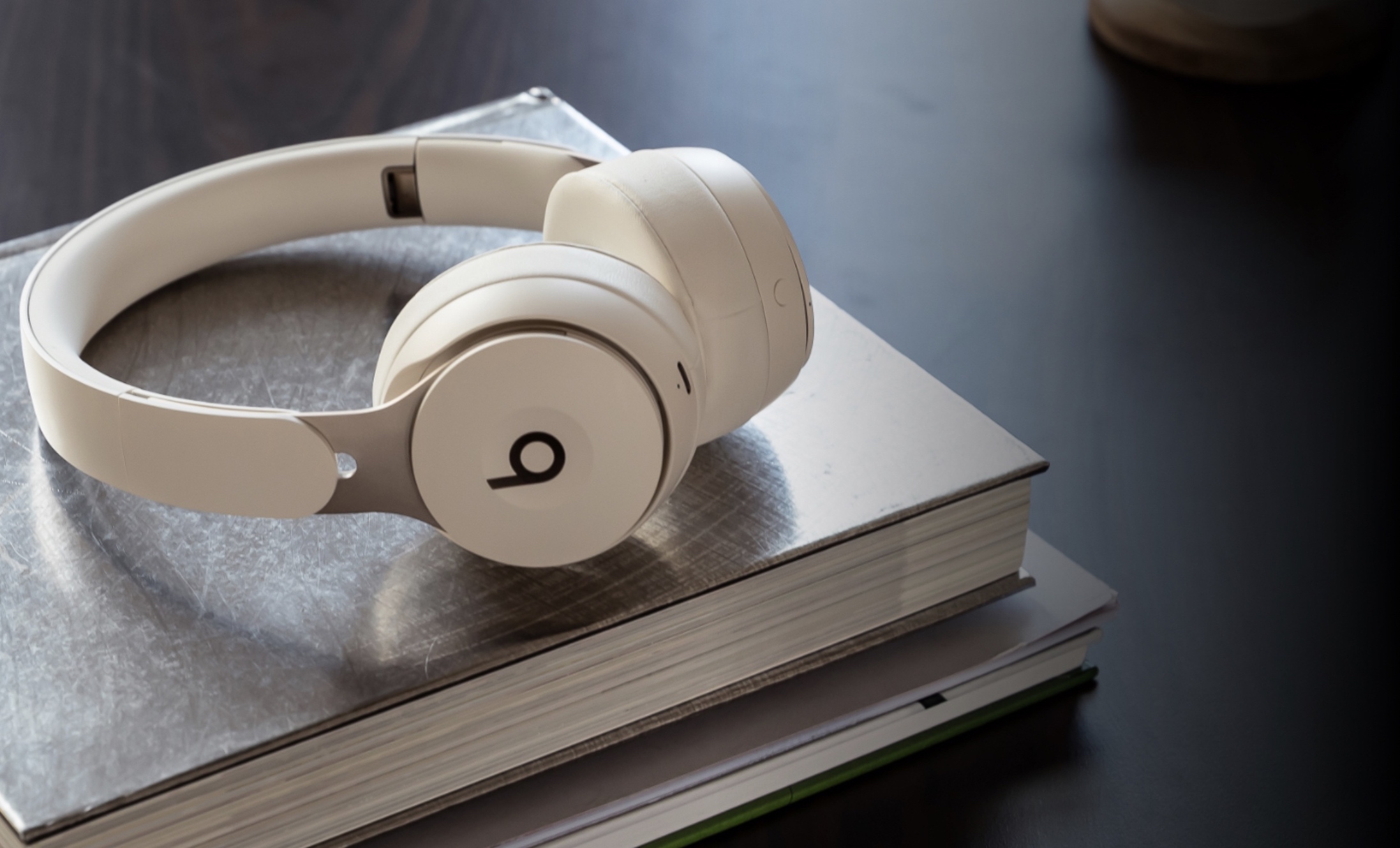 The Beats Solo Pros are a high-tech pair of on-ear headphones that can last up to 40 hours on a single charge.

Their most technically impressive feature is Apple’s H1 chip, which allows them to instantly pair to an iPhone, iPad, or Mac using a custom, energy-efficient wireless protocol. If you don’t use Apple’s gear, the headphones will connect over Bluetooth. Apple’s H1 chip also enables a feature called Audio Sharing, which allows you to stream audio to two pairs of headphones at once. Only AirPods and select Beats headphones have this chip, which helps the Beats Solo Pro stand out.

Beats headphones have a reputation for their bass-heavy sound, but it’s been refined recently. You’ll still hear a lot of low end, but not at the expense of mids or treble. That said, Beats doesn’t offer any EQ customization options, so you’ll know very quickly whether their sound profile will work for you.

The Beats Solo Pros’ extreme battery life makes them a no-brainer if you never want to worry about whether your headphones have enough charge to get through to the end of the day. 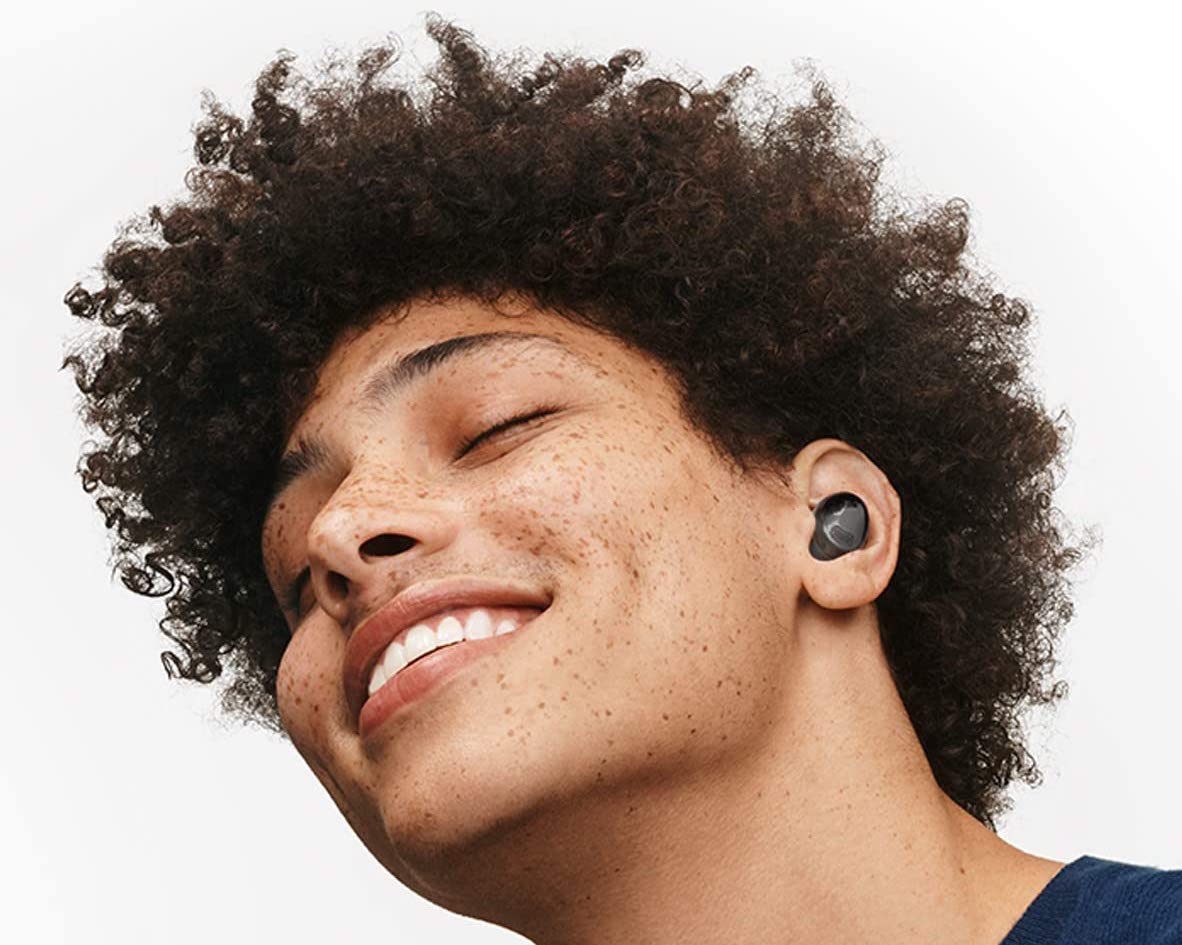 Samsung’s Galaxy Buds Pros are a premium pair of true wireless headphones that get up to eight hours of music playback per charge.

Everything about these earbuds is luxe, from their ultra-sleek look to each component tucked inside. Samsung managed to cram a dual-driver audio system inside the new Galaxy Buds, which is comprised of an 11mm woofer and 6.5mm tweeters. The benefit of a multi-driver system is that it allows the earbuds to send different audio frequencies to each one. The result is music that sounds a lot cleaner, better balanced, and closer to what you’d hear from a speaker.

The Galaxy Buds Pros last up to eight hours with active noise cancellation turned off and five hours when it’s enabled. Their battery case adds between 17.5 and 28 hours to those figures. These earbuds support wireless charging, which is convenient but not fast charging. This is fine if you’re using the Galaxy Buds Pro during a commute but may cause trouble on long flights.

One of the Galaxy Buds Pro’s most impressive features is their “intelligent noise cancellation,” which switches to a “transparency” mode when the earbuds’ microphones detect speech. Transparency mode filters some outside noises into your earbuds, which allows you to communicate clearly with the person you’re speaking with. Once the conversation is over, active noise cancellation will turn on again.

If you’re after premium sound in a great-looking, long-lasting package, the Samsung Galaxy Buds Pro won’t let you down. 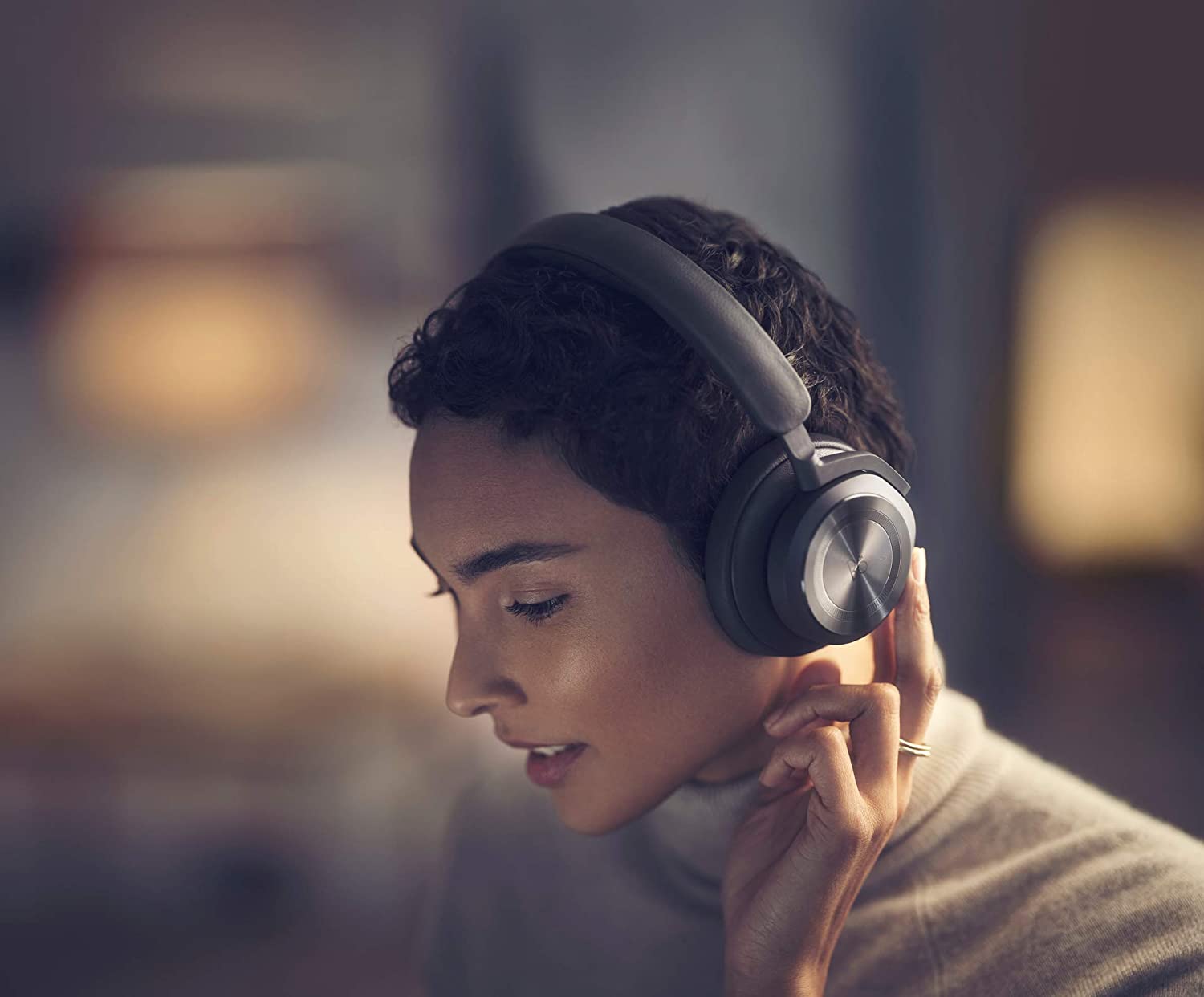 We’ve gotten to try the headphones for ourselves, and they were hard to put down. That’s primarily because of the way they sound. We were able to hear an incredible amount of detail from the music we listened to right out of the box, and you can make adjustments using B&O’s mobile application. The ability to tweak the HX’s sound means you’ll be able to make them sound right for your ears.

Bang & Olufsen says the HXs can last up to 35 hours per charge when active noise cancellation is enabled, which has been our experience. If you’re taking long flights and want to block out the sound of jet engines and chatty passengers, these are the headphones to get. You’ll be able to block out annoying noises throughout the entire flight without having to check their battery level.

The HXs are also an excellent pick for travelers because they’re incredibly comfortable to wear. Over-ear headphones have a reputation for feeling heavy, causing neck fatigue, or pressing too hard on your ears. We never had any of those issues with the HXs. It’s clear Bang & Olufsen went through great lengths to ensure the headphones could sit on your head for long stretches without causing discomfort.

Frequent travelers who care about audio quality should pick up Bang & Olfusen’s HX headphones without hesitation.