The Fossilized Tyrannosaurus Rex Known As Stan Sells For $32 Million, Breaking A Price Record For Dinosaurs

We tend to organize dinosaurs in our minds by how big and/or fierce they were, but nowadays there’s another hierarchy of dinosaurs that the famous tyrannosaurus rex is on top of: most expensive. That’s following the fossilized T. rex known as “Stan” fetching almost $32 million at auction, making him the most expensive of all time.

Stan is an antique at an estimated 67 million years old, and when the gavel fell he fetched $31.85 million, far more than the $6 million to $8 million he was estimated to be worth. Now, an anonymous dinosaur enthusiast is Stan’s new owner, and it isn’t known exactly what they plan to do with him. For the last few years, it’s been on display in a museum in South Dakota, where it wowed visits as one of the most complete T. rex fossils ever uncovered, with 188 bones, a pristine skull, and a mouth full of beautiful 11-inch-long teeth. 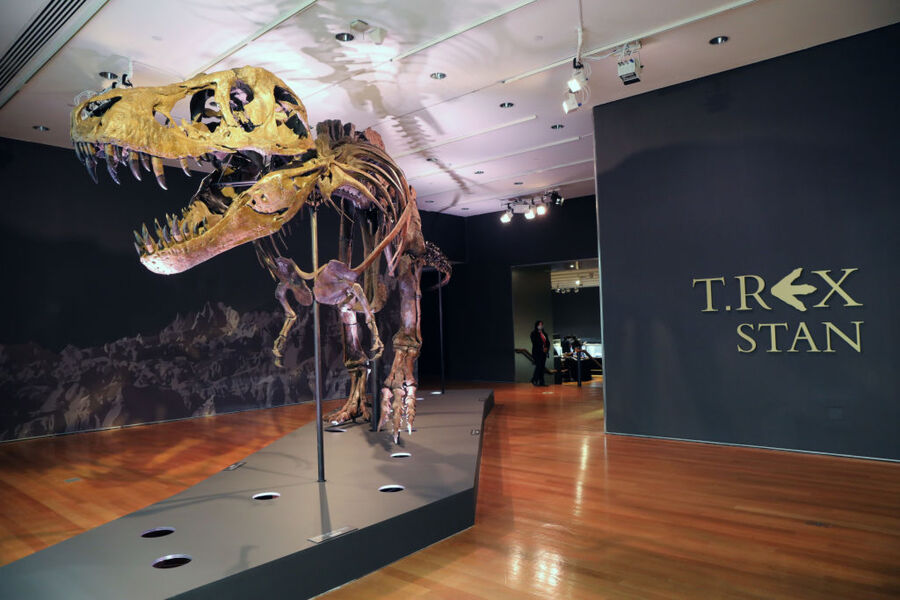 Most of the other around 50 existent T. rex fossils are also on display in museums around the world, so hopefully whoever Stan’s new owner is will find a way to keep him accessible to the public in some way. The recent CNBC report on Stan’s sale says that’s what happened the last time a complete T. rex fossil was sold at auction: in 1997, when a fossil by the name of “Sue” fetched $8.36 million from Chicago’s Field Museum of Natural History, with corporations like Disney and McDonald’s helping to foot the bill along with various other contributors.

Stan was named after one Stan Sacrison, the amateur paleontologist who discovered the bones back in 1987. According to experts, Stan weighed as much as eight tons when he was alive, and over the course of his life suffered various injuries including a broken neck and punctures in his ribs and skull.