The Best Planets Of The Star Wars Universe, Ranked

Few franchises have the same ability to transport audiences to fantastical worlds like Star Wars. The added benefit of its space setting and its genre’s fantasy element allows the planets and worlds of Star Wars to feel more escapist than anything else out there.

From what each world has to offer to its design value, and not to mention its galactic importance, many factors add up to make up the very best of the best in terms of Star Wars planets.

Updated on March 26th, 2021 by Rhys McGinley: The Star Wars Galaxy is far more vast and expansive than many fans of the franchise will realize. Through the films, TV shows, comics, games, books, and overall canon, the Galaxy far, far away has revealed to fans a slew of phenomenal planets, many of which have been extensively explored, adding to their richness, and some of which have only had a handful of appearances but are still breathtaking. With so many planets to choose from, a list of ten, and even a list of fifteen is hard to do justice to some of the Galaxy’s brilliance.

There are definitely many, many issues surrounding the narrative purpose of Exegol, with the entire mess of Palpatine’s return and the many questions that arose from the whole thing. However, there is no denying that Exegol has the creepiness factor down to a tee.

From the dark scenery to the colossal static discharges to the barren desert-esque landscapes all the way to the red clouds blocking navigation to the planet, it is one of the coolest planets introduced in the sequel trilogy. The Battle of Exegol was missing a bit of impactfulness as far as emotion and power go, but it was quite the visual in the sky of this planet, perfectly suited for the Sith.

While the first two acts of Rogue One: A Star Wars Story may suffer from a lack of character connection and development, the final third is one of Star Wars’ greatest acts.

The action and visuals are unbelievable, and it mostly takes place on Scarif. Comprised of tropical volcanic islands, beaches, and oceans, Scarif gives the appearance of a Tropical paradise, the kind of place you might want to go for a chilled family vacation if it were not for the colossal Imperial Security Complex. Not only is Scarif a hugely important planet in the Galaxy for hosting the Battle of Scarif, but it is also beautifully designed and an overall gorgeous planet.

Lothal is a fantastical world that first appeared in the animated series Star Wars: Rebels. Homeworld for Ezra Bridger and his band of rebels, Lothal is a small world in the outer rim, with grassland plains, spired rock formations, icy regions, and small regional cities.

Much of the design of Lothal, along with much of the Rebels series, was directly inspired by the original concept artwork of Ralph McQuarrie. Lothal shares many characteristics of the early designs of Tatooine. It has the early days of Star Wars embedded in its concept and is just gorgeous to look at. Full of history with the Jedi and an influential rebel cell’s birthplace, it is the perfect planet to kick off this list.

Felucia is one of the strangest-looking planets in the galaxy. Dominated by giant plants and fungus life, the planet is covered in brightly colored features such as giant mushrooms and mountain-sized blossoms. While beautiful, the planet is certainly not the safest. As seen in the legends video game The Force Unleashed, the jungles of Felucia are filled with Rancor.

The planet has appeared in multiple media forms, including Revenge of the Sith, The Clone Wars, and multiple videogames. It is the site of Jedi Master Aayla Secura’s death and the legends death of Jedi Master Shaak Ti. It was a vicious battlefield of the clone wars but remained a beautiful galactic landscape.

Mystery and history run plenty on the island planet of Ahch-To. Home to the first Jedi temple, the stressed island Caretakers, and the adorable Porgs, Ahch-To is an isolated but already iconic Star Wars landscape.

It was here where Luke Skywalker escaped in exile after his failure with Ben, and it is where Rey began her training as a Jedi. This remarkable island landscape, filmed on the Irish island of Skellig Michael, needs little special effects to enhance it. Ahch-to is a marvelous example of Star Wars using real-world landscapes as alien worlds.

The first-ever ground assault between factions to occur in the Skywalker saga was the beloved Battle of Hoth, with AT-AT’s and AT-STs facing off with rebel troops and ships, including the T-47 airspeeders.

Hoth is not the place to go for a tropical getaway, but its importance, the quality of the time spent there, and the fact it is a perfectly designed planet for a hidden rebel base makes it one of the best in all of Star Wars. Many iconic moments, outfits, and quotes came out of the entire Hoth sequence of The Empire Strikes Back, kicking off perhaps the franchise’s greatest movie in a great way.

Arguably the scariest Star Wars planet to make its way to TV and video games but not to the movies themselves is Dathomir, home to Dathomirians, as well as an adoptive planet to species like Zabrak. It is where Maul and his brother Savage were born and is the residence of the Nightsisters.

The flora is deadly, the fauna is deadly, the population is deadly, and everything about the planet oozes creepiness. Littered with canyons, caves, valleys, and cliffs, the planet is bathed in a red mist, which only adds to the uninviting nature of the planet, which would be an ideal partial setting for any sort of horror live-action project the franchise delves into.

Mustafar certainly isn’t a planet one would want to use for a long-term stay (well, unless you’re Darth Vader, of course), but the planet’s aesthetic value is out of this world. Yes, pun intended. Mustafar had been whispered about since the end of Return of the Jedi when supplemental material hinted at a lava planet where Anakin and Obi-Wan had their final duel.

It finally appeared in Revenge of the Sith, setting the stage for one of the saga’s best battles. It has since appeared in Rogue One as well, home to Vader’s ominous castle home. This appearance showed Mustafar in a far less apocalyptic, though no less scary light. Mustafar is a striking landscape that still must have stories to tell.

While the original trilogy embodied a grimy real-world aesthetic, the prequels went for a more fantastical aesthetic of giant spires and glitz and glamor. While it didn’t always work, the introduction of Coruscant embodied the best of the efforts. The capital of the republic, and later the Empire, is one of the grandest sights in all of Star Wars.

It is home to the richest of the richest and the poorest of the poor. Split up into different levels, Coruscant might seem like a blanket city-planet, but looking through other canon materials will reveal it is also home to grassy plains, a crime-ridden underbelly, and industrial wastelands. It has such a diverse offering of histories and vistas that it had to reach higher at our number six spot.

Kashyyk first appeared in the much-maligned Holiday Special back in 1978. It eventually inspired much of the standard treehouse design of the Ewok homeworld of Endor but was later redeemed by a slight redesign in Episode III.

One of the greater battles of the prequels, the battle of Kashyyyk, showed off the Wookie homeworld’s full scope. The giant Bonzai-like trees and their subsequent tree house spires are unlike anything else in the saga. Inspired by Chinese Riverlands, Kashyyk is the best forest planet in the series.

Crait is arguably the most gorgeous and aesthetically pleasing planet in the whole galaxy. This crystallized landscape mirrors that of snow planets like Hoth, but instead of snow was dotted by salt flats like that in Utah. When the salt was disrupted, though, the landscape would give way to streaks of red crystal. The imagination behind this planet’s design is unmatched.

Apart from its aesthetic quality, the site gave way to one of the most important moments in the whole series. Not only was it a near cataclysmic battle for the resistance, but it also marked the site of Luke Skywalker’s last stand. No matter what, the moment and the planet itself made a mark on the saga like the sands of Crait itself.

For those Star Wars fans who are only really interested in the movies, one of the big gaps in their understanding of the Star Wars Galaxy is the importance and brilliance of Mandalore and the Mandalorian people.

This is something that The Mandalorian is helping with massively, bringing in more casual audiences to a wider look at the Galaxy by using a contained story. In The Clone Wars, Mandalore is the setting of some of the very best arcs, including Maul’s takeover, Obi-Wan and Satine, and, of course, the Siege of Mandalore. Even forgetting the Galactic importance of it, though, the culture is fascinating. It has such a rich history and beautiful architecture throughout the planet, which was replaced with more of a warn-torn state following the Empire’s takeover.

Naboo was arguably the best planetary addition to the series that came out of the prequels. Unlike many of the planets seen in Star Wars, Naboo is home to multiple landscapes. There are lush green grasslands with strange ancient monoliths peeking out of the ground. Thick jungles penetrate outside the city.

Underwater kingdoms of Gungans fill the planet’s interior, while the city of Theed dominated the surface with Renaissance-like architecture. These four vistas appear in The Phantom Menace alone, not even mentioning the lake country in Attack of the Clones. Naboo is gorgeous and unique beyond belief.

While most of the original trilogy took place in rural farms or secluded wilderness, Bespin is the one instance of high-class urban living. This is one of the most magical vistas in the galaxy. The sleek domed spires of cloud city reach far down to the gaseous planet below. The color palette alone of the sunsets nearly earned Bespin the number one spot.

Apart from its fancy living and spectacular views, the fact that this was the site of the signature duel between Vader and Luke marks much importance. Bespin is the setting of arguably the greatest third act in movie history.

It might not look like much, but she’s got it where it counts. Tatooine is quintessential Star Wars and the planet that started it all. The zaniness of Mos Eisley and its Cantina Denizens are so escapist it’s silly. Jabba’s palace goes unmatched when it comes to villainous lairs, and the Jundaland wastes are home to some of the scariest aliens around.

But, the Lars homestead and its views of the twin sunsets earn Tatooine the number one spot. Nothing captures that Star Wars aesthetic and tone more than that little simplistic vista. It is equally homey while holding the promise of a galaxy of adventure.


Next
Lord Of The Rings: 10 Huge Character Decisions That Changed The Entire Story 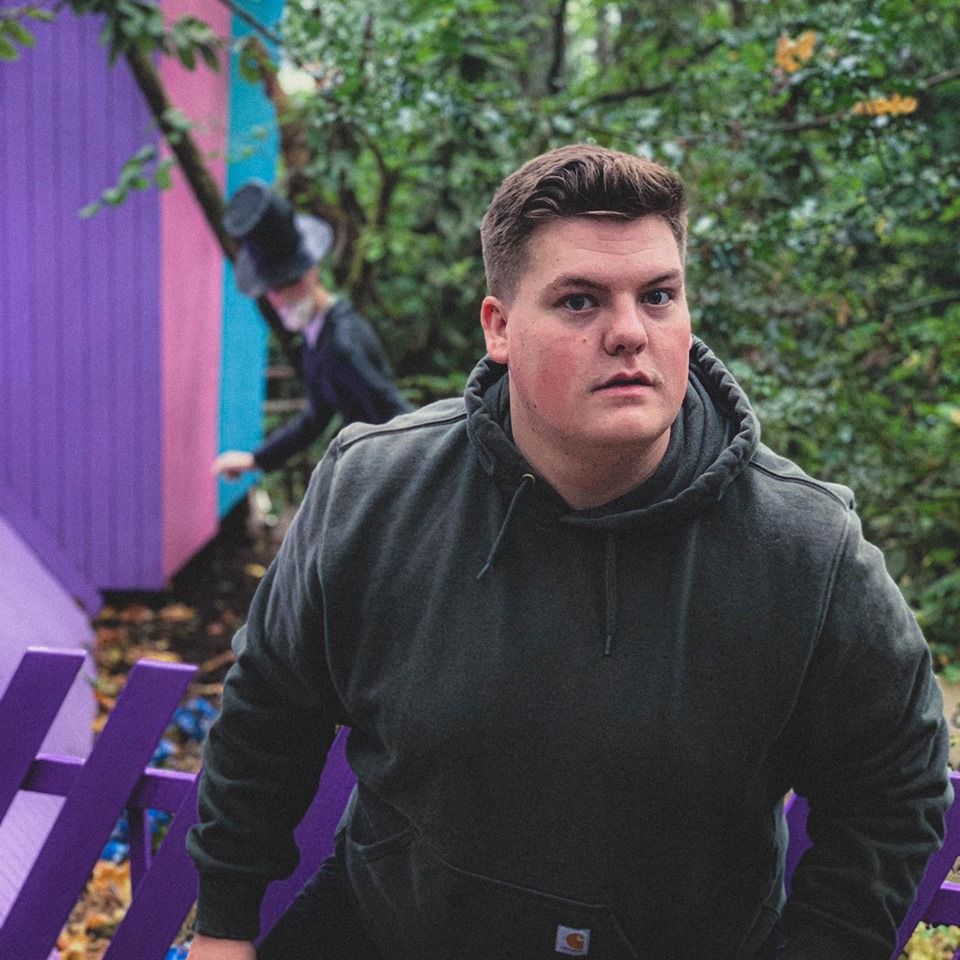 Matt Berger is a writer, comedian, actor, Paddington enthusiast, and Corgi dad. He currently writes for Screen Rant, has written for Bloody Disgusting, hosts the Film School Sucked podcast, and co-hosts the Macabre podcast. Matt is an alumni of Portland State University with a degree in English and Film Studies.

The Best Technology Horror Movies of All Time

‘Dune’ Review: Villeneuve Turns the Sci-Fi Classic Into a Blockbuster