The best business proposals on Nathan For You 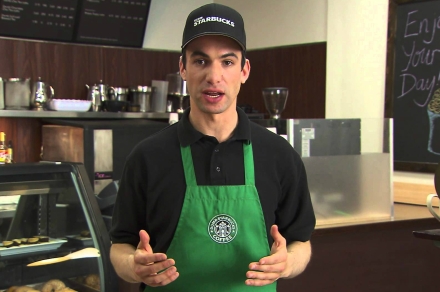 After years of keeping a low profile, Nathan Fielder is returning to the spotlight with The Rehearsalan HBO Max series in which Fielder is taking his cringeworthy comedy to the next level. Fielder made a name for himself primarily through Nathan For Youa series that lasted four seasons on Comedy Central and was based on the premise that Fielder was using his business degree to help failing businesses revitalize their operations.

The series occasionally deviated from that format, and often to great effect, but in general, Fielder would meet a business owner and offer a completely off-the-wall suggestion as to how they might increase their revenue. His ideas were almost always intentionally foolish, but they worked a surprising amount of the time, even if it wasn’t always the way Fielder had intended. Ultimately, though, this list is counting down not just Fielder’s most successful business plans, but also the ones that made us laugh the most.

With the goal of offering the speediest cleaning services imaginable, Fielder hires roughly 40 maids and advertises a service that can clean your entire home in just six minutes. As ludicrous as the idea sounds, it comes pretty close to working, even if Jim, the homeowner who hired the service, didn’t get a girlfriend out of the deal.

To help a struggling petting zoo get new business, Nathan stages a video of a pig rescuing a baby monkey from drowning. Staged though it may have been, the video became a genuine viral phenomenon, and part of the fun of this segment is seeing how Fielder reacts as his video slowly becomes a massive hit. Watching the video get made is fascinating enough, but Fielder adds his signature narcissistic humor to the episode and even refuses to give the petting zoo any credit for the short’s ultimate success.

Fielder’s ideas could occasionally be high-concept or intentionally complex, but sometimes he was willing to take a pitch that was straight down the middle. To help Yogurt Haven, a struggling frozen yogurt shop, gain notoriety and new business, Fielder recommended that they introduce a new flavor called “feces.” The plan may not deliver on the high target that Fielder initially set for himself, but it does bring in some curious fanatics who will try anything once, so that seems like a minor victory.

To help a struggling real estate agent sell houses, Fielder recommends that she become one of the first real estate agents to specialize in selling haunted homes. Sue Stanford, the agent in question, clearly believes in ghosts, and even claims to have been strangled by one once while in Switzerland. Fielder’s suggestion doesn’t really pan out for poor Stanford, but it is peak Nathan For You to watch her try to explain that the ghost haunting one of the houses she’s selling “rapes women.” It’s uncomfortable to even think about it.

Perhaps the most profound installment of Nathan For Youthis final episode of Nathan For You is a feature-length documentary where Fielder partners with a professional Bill Gates impersonator to find his lost love. The episode is infused with Fielder’s signature comedic stylings, but it’s also filled with more profound questions about the roles we play and the stories we tell ourselves. The quest’s ending, which leaves us wondering how much of what we saw was actually true, proves that Fielder had us eating out of the palm of his hand this whole time, even if we never quite realized it.

An idea that is much less terrible than it may sound, Fielder decides to start a clothing line dedicated to remembering the tragedy of the Holocaust. The line was designed to educate people about the atrocity, and while that led to some pretty strange shirts, the gambit has actually paid off remarkably well. Fielder has sold tons of Summit Ice merchandise, and he donated $150,000 to the Vancouver Holocaust Education Centre in 2017. Not bad for a fake business.

In order to improve a caricature artist’s business, Fielder recommends he start making his drawings more overtly insulting to his customers. The clever bit of reverse psychology actually works pretty well, but Fielder’s decision to encourage the artist to get profane has some horrific consequences when his racial prejudices start to come to the surface. Nathan For You is at its best when it reveals something about the people it’s documenting, often without it ever seeming intentional.

A fairly straightforward idea that leads to results that are both hilarious and surprisingly effective, Nathan decides to hook G&Y Auto Repair owner Greg Boodaghian to a polygraph test while he gives quotes to customers. The idea worked, as customers actually believed that they were getting a fair price. Much of the episode’s comedy comes from Nathan’s dispute with those administering the polygraph test over whether he had ever “pleasured himself” to pornography, just in case you were worried the business scheme was a little too successful.

The best burger in LA

Dating with someone over your shoulder

There’s plenty of danger in the world of online dating, which is why Fielder came up with a brilliant way to make sure that women feel safe when meeting men for the first time: He’ll follow the women and watch their every move. Effectively substituting one kind of creepy date for another, Fielder gets plenty of justified laughs out of this conceit, especially when we discover his plans for collecting fingerprints from potential dates.