If you have been saving up for a new gaming PC but don’t want to buy each and every part separately or lack the confidence to build one, then investing in a good pre-built gaming PC is a wise choice. If you’re an AMD fan too, then you can really show it with your own all-AMD gaming PC, and we’ve collected a list of the best ones you can buy in 2022, with a mix of Ryzen CPUs and Radeon GPUs.

One of the key advantages of this combination is the Smart Access Memory feature where the CPU gets direct access to the VRAM of the GPU thereby delivering a slight boost in graphics performance. Additionally, AMD’s current-generation Radeon RX 6000 GPUs also support the DirectStorage API, which helps in reducing load times while gaming.

Why you should buy this: It offers high-quality components from Corsair along with iCUE ecosystem support.

Who’s it for: Gamers who are looking for a reliable mid-tower gaming PC that offers great airflow.

Why we chose the Corsair Vengeance a7200: 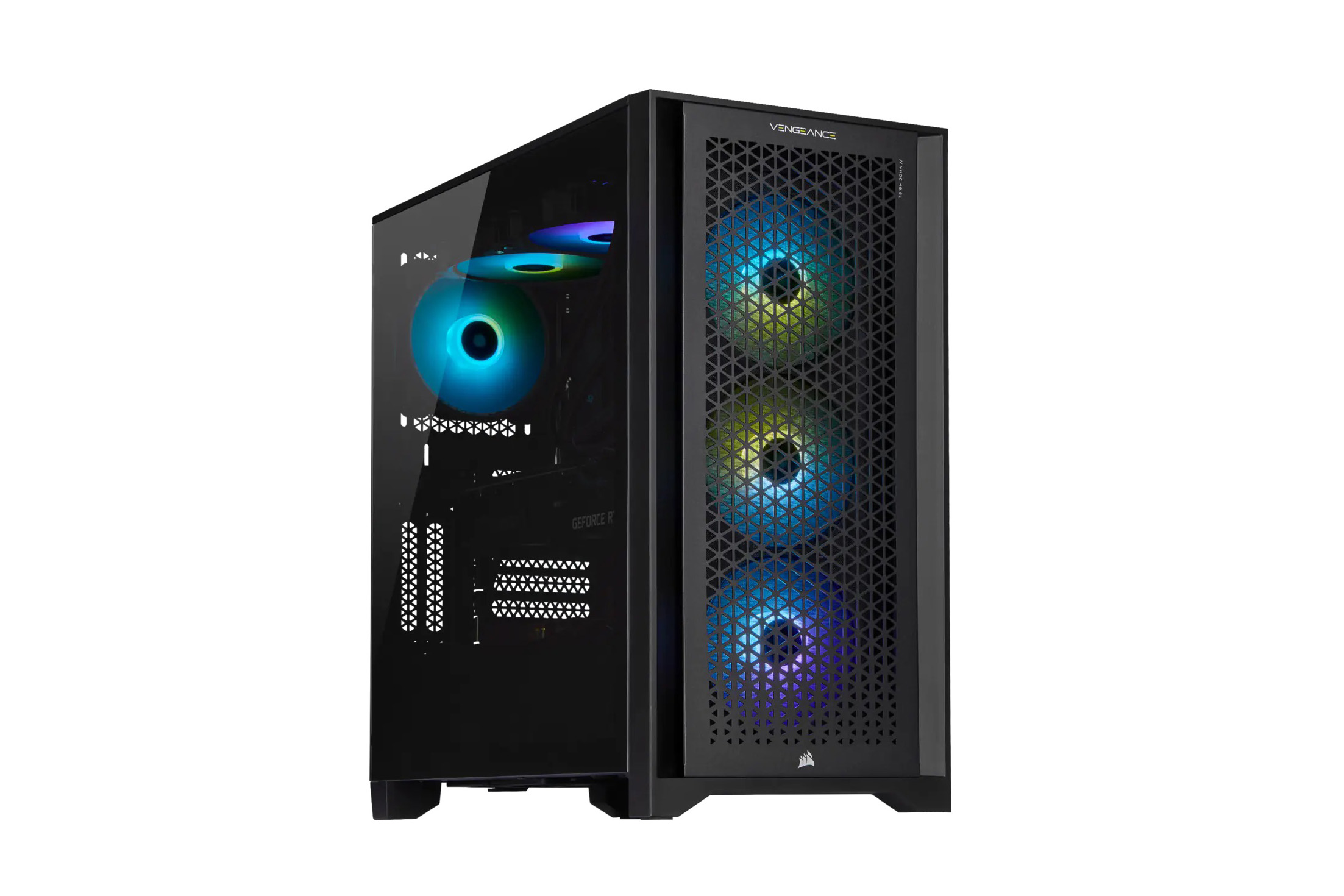 Why you should buy this: It is the best performance-oriented, small, pre-built gaming PC with a bunch of customizations options.

Who’s it for: Enthusiasts looking for a high-performance all-AMD mini-ITX gaming PC.

Why we chose the Maingear Turbo:

Maingear is one of a few reliable names when looking at third-party custom gaming PC builders. The Maingear Turbo is a mini-ITX gaming behemoth from the company that can be configured with up to a 16-core Ryzen 9 5950X processor and the option of either a Radeon RX 6600 XT or an RX 6800 GPU. The chassis has a small footprint and features a premium server-grade steel interior with an aluminum exterior and a tempered glass side panel. Maingear offers the option of hand-painting the chassis at an additional cost with true automotive paint, the same paint used on world-class sports cars. The chassis also features an RGB logo and support for up to a 280mm AIO liquid cooler.

Speaking of which, the Maingear Turbo comes with a 240mm closed-loop liquid cooler to cool the CPU with optional RGB fans. The configurator also lets you choose up to 2TB of M.2 SSD storage, additional SSD (up to 4TB) and HDD (up to 16TB) storage, up to 64GB of DDR4 memory, a 750W power supply from Corsair, and the option of either a B550M or an X570 motherboard. The system comes with a one-year warranty, but you can extend that by up to three years by paying an additional cost. You can even choose from a variety of add-ons from the company’s official website that include peripherals, monitors, software, and more. 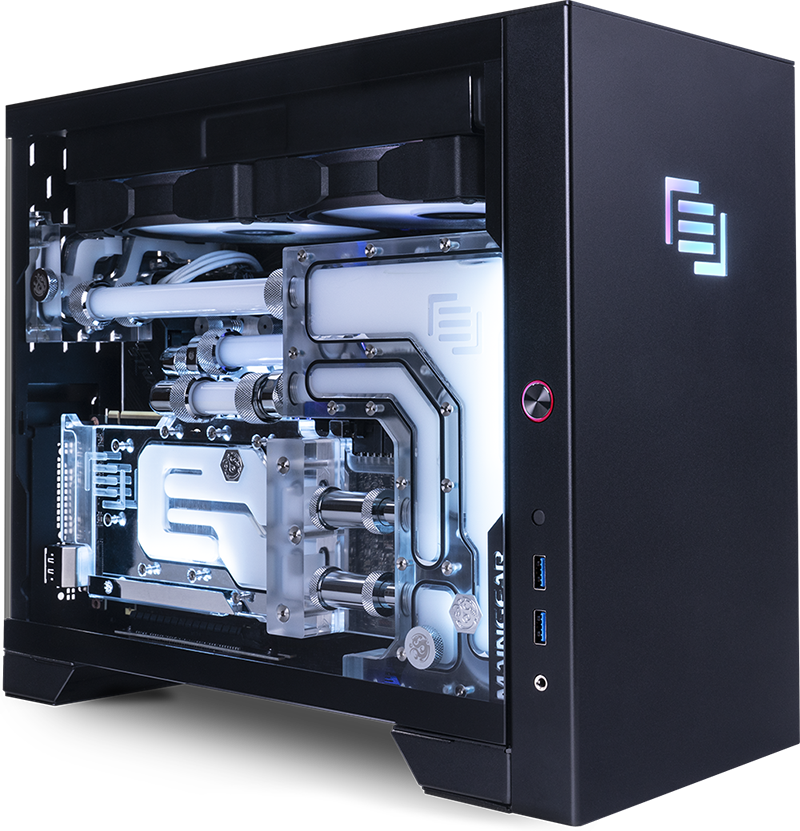 Why you should buy this: It features Alienware’s space-age design language and a variety of hardware configuration options.

Who’s it for: Gamers who want a brand-centric, premium, all-AMD desktop PC.

Why we chose the Alienware Aurora Ryzen Edition R14:

Alienware has been in the gaming desktop business for years, catering to an audience that seeks performance with great styling. One of the more recent offerings is the Aurora Ryzen Edition R14 gaming desktop that is powered by AMD’s Ryzen 5000-series CPUs and Radeon RX 6000 series GPUs. You can choose from the most basic Ryzen 5 5600X all the way up to a Ryzen 9 5950X or even the newly launched Ryzen R7 5800X3D, the world’s first processor with 3D V-Cache technology. The system can be configured with up to a Radeon RX 6900XT GPU, 128GB of DDR4 memory, 2TB of M.2 SSD storage, and the option of additional SSD and HDD storage as well.

There is also the choice of an air cooler or a liquid cooler for the CPU, though we aren’t convinced with the company’s decision of going for a single-fan radiator, especially for CPUs that have a high TDP. Another point of concern is the chassis. Alienware has been notorious for repurposing older Dell cabinets for its Alienware desktop lineup, which primarily end up being cases that only look good from the outside but are extremely inefficient for any sort of airflow. However, with such a wide range of configurations for its customers, the Alienware Aurora Ryzen Edition R14 is actually a pretty decent gaming desktop if you are looking for an all-AMD system. 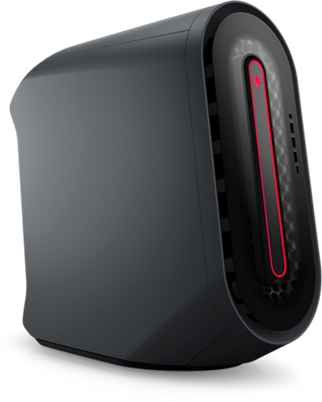 Why you should buy this: It is the best entry-level all-AMD gaming desktop that is available on a tight budget.

Who’s it for: For those who need a low-end, pre-built PC for light gaming purposes.

Why we chose the Victus by HP 15L:

The Victus series by HP originally launched with midrange gaming notebooks, but the company now has desktop systems as well. The Victus by HP 15L is a compact system that should nicely fit on most desks without taking up too much space. Available in dark gray or white color options, the system starts at just $650 for the base configuration that features the six-core Ryzen 5 5600G processor and a Radeon RX 5500 graphics card. If you seek more performance, it can be configured with up to a Ryzen 7 5700G with 32GB DDR4 RAM, 1TB M.2 SSD, and a Radeon RX 6600XT GPU, which should be able to handle most games at 1080p with ease. HP also offers a mouse and keyboard bundle for an additional cost and a standard one-year limited hardware warranty on the desktop.

The chassis doesn’t seem to have a lot of vents for airflow though, which is something that you should consider before buying this pre-built PC from HP. Even the motherboard and the power supply are proprietary, so you need to be careful especially if you plan on re-purposing this machine in the future. 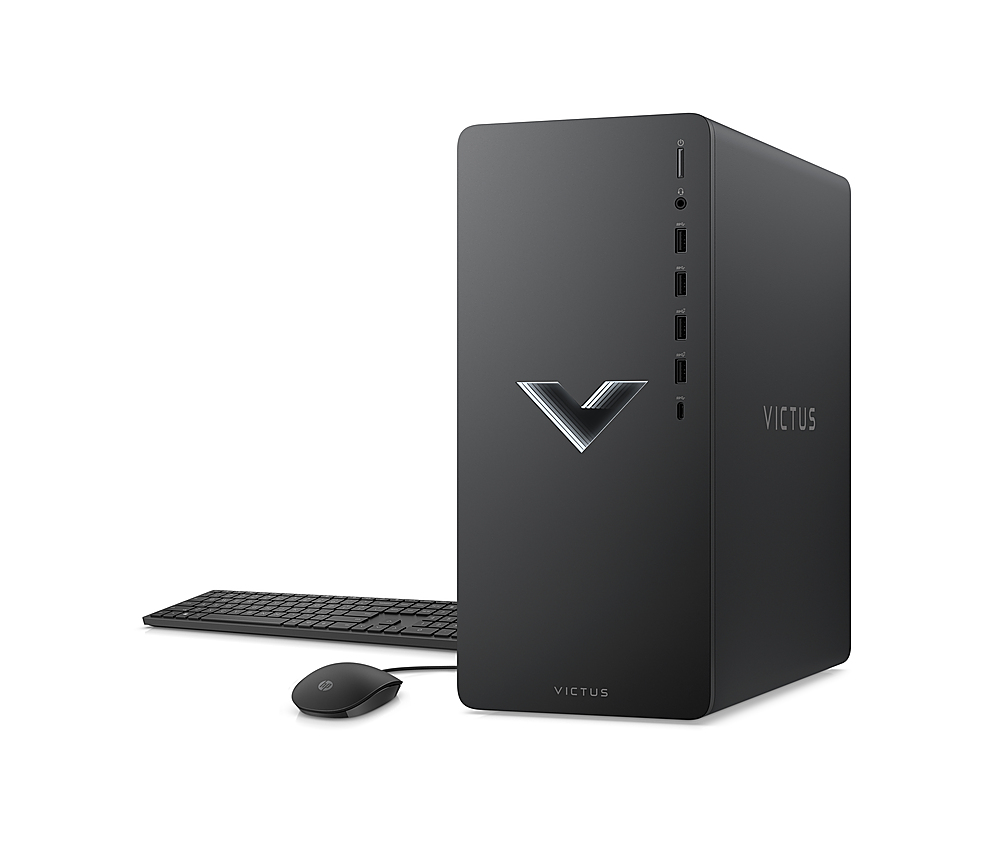 Why you should buy this: It is one of the best value-for-money all-AMD gaming PCs.

Who’s it for: Gamers who are looking for a good midrange gaming PC.

Why we chose the CyberPowerPC Gaming Instant Ship GM9388:

CyberPowerPC is another popular third-party gaming PC vendor that offers a variety of custom-made systems. The Gaming Instant Ship GM9388 (yes, that is the name of the model) is currently on offer, and at $999, it seems like a value-for-money deal. It features a mid-tower case that is based on the Phanteks Eclipse G360A, which is well-optimized for airflow thanks to the mesh finish on the front, top, and rear, as well as the three preinstalled 120mm ARGB fans.

As for the hardware, the PC comes with the Ryzen 5 5600G six-core CPU, Radeon RX 6600 GPU, 8GB of DDR4 memory, and a 500GB PCIe NVMe M.2 SSD. It also comes with a 600W 80-Plus Gold power supply and a keyboard-mouse combo bundled with the PC. Best of all, CyberPowerPC is offering three years of a free service plan, which is impressive at the asking price. Additionally, the PC also offers future upgradability, allowing you to swap or upgrade components in the future. 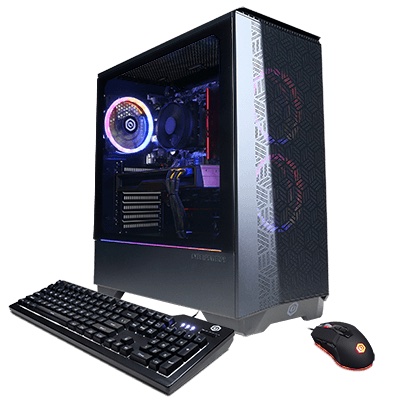