You will surely agree with this statement: being punctual is a sign of respect and courtesy. Show that you have a sense of responsibility and that you take your obligations seriously. Although you may not have thought about this aspect: punctuality also reflects how organized and motivated you are. So it clearly speaks of your professional commitment, responsibility and empathy with other people.

By having the habit of being late, people will look at you as if you were inconsiderate. They may even think that you are late for everything. If this happens often, it can damage your reputation and affect your relationships with others.

Unpunctuality is a harmful behavior that many people have and consists of permanently transgressing their commitments to arrive on time to what was agreed; even when there are no valid reasons for not complying with the agreement.

It is also a very harmful manifestation of social coexistence, which hurts everyone: those who arrive late receive all kinds of consequences and even punishments – such as leaving them out of a tempting project; and the punctual feels cheated and abused in his confidence, and that he is disrespected.

Although there may be extraordinary situations in which a person cannot be punctual, it is considered a “behavior of lateness” when it is a constant, extended in time, and that the person invents all kinds of tricks and even inconsistent lies, because clearly he knows he is at fault.

The excuses and the reasons

In general, people characterized as unpunctual leave everything to the last minute; they are not aware of how damaging their behavior is to the environment; they blame their ancestors – as if it were an inherited trait; they victimize themselves saying they had a lot to do; Or, even worse, they excuse themselves by saying “it’s not so bad to be 10 minutes late”. Do you recognize yourself in any of this?

In many cases, rushed by circumstances, they begin to invent all kinds of excuses and lies, which time itself will unveil, further worsening their reputation.

Some additional possible reasons are:

If we talk about who is more unpunctual among men and women, the statistics show that it manifests itself in equal parts. Only in the case of women, sometimes they purposely behave late in love dates, as if to mark ground and “make themselves desired”, according to a report by the British consultancy GetMe There. 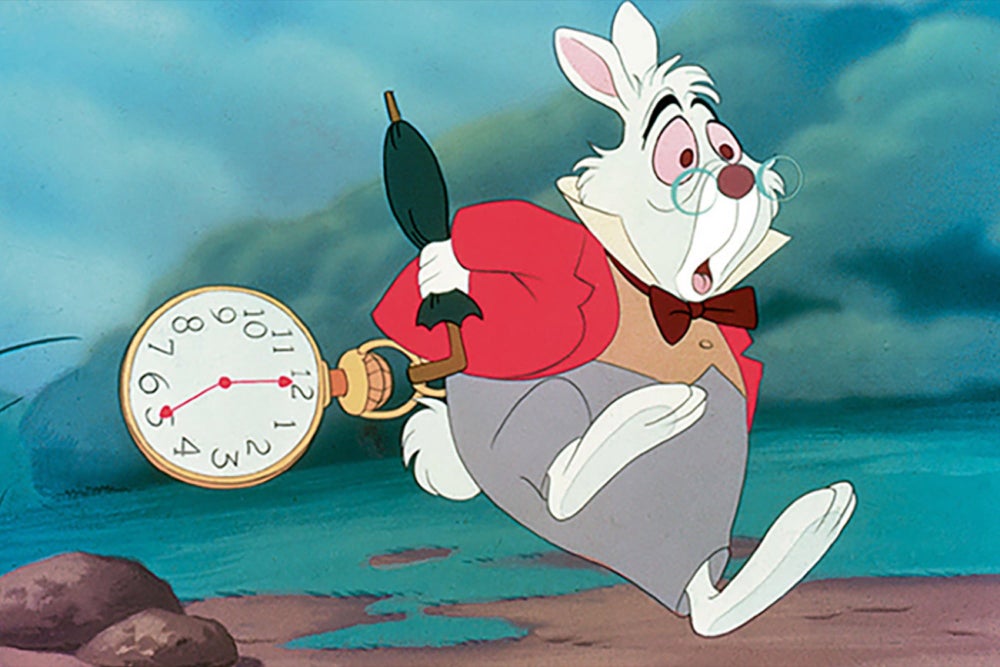 In another study conducted by the New York University School of Business, the United States generally concluded that late people are late, even though they are aware that such behavior will have consequences.

The main reason is that, on average, people in general tend to underestimate by 40% less how long it will take to complete a task, which already presupposes a significant lag in time management to fulfill an agreement.

In another study from San Diego State University, United States, he analyzed the behavior of 181 operators of the New York subway, and evaluated that people with a tendency to multitask were more unpunctual.

Neuroscientists stated that multitasking makes it more complex for the brain to process the mechanisms of so-called metacognition, the self-knowledge of what you are doing; so you lose a point of view of certain things, for example, the notion of the schedule.

And who are usually the most punctual?

In the same study, it was found that achievement-oriented people are more punctual and precise about results, while those who are more relaxed and calm are less aware of the benefits of being punctual. That is, for them it is almost normal to be lax in this regard.

What is also known is that lateness is influenced by different cognitive (knowledge) traits, experiences, and also psychophysical disorders. This is because time, as it is somewhat subjective in terms of its appreciation, is processed with internal and external variables. That is why the vision of time management changes according to age, culture, life experiences, personality, the mood of the moment, drugs that may be taken, the external climate and the environments.

Even the type of education received has an influence. For example, people who have had a rigid education tend to be less late than those who were educated without considering lateness as a problem.

The truth is that unpunctuality affects in multiple ways, since it undermines two essential components of human relationships: trust and credibility.

The impact of social networks, hyperconnection and stress

Other factors that can influence lateness are overexposure to external stimuli, such as social networks and being permanently connected, since they cause distractions and give the feeling that “everything important happens there, in that virtual world.”

Another clear manifestation appears in large cities, where it takes a long time to move from one place to another. And here the unpunctual find the right excuse.

In any case, from the productivity aspect, there is nothing that deserves to be late, except in very exceptional cases.

And what about stress? Highly stressed people tend to be more late. The feeling of not being able to cope with everything a person wants to accomplish influences the development of time management and commitments, thus directly affecting productivity.

The other side is the case of very demanding people: they do not allow themselves to be late, and this leads them to schedule commitments without taking due space between one and the other. There appears a false sense of internal security that tells them “you can do everything”, when perhaps not.

How does it affect our self-esteem?

Tardiness has a direct impact on relationships, and consequently, on self-esteem, since, for example, people become less trustworthy to their peers; they are objects of complaints, ridicule and are even put aside by this recurrent trait of behavior. This isolates and segregates them.

On another level, the unpunctual person shows a certain contempt for the time of others; and even arrogance for what he interprets as “it is his right” to be late.

If we analyze it from the workplace, arriving out of time discourages and demotivates those workers who are more committed to their schedule and the company.

Time to ask for help

In general, late people seek assistance only when they are affected by personal or professional ties that interest them. For example, if they have missed flights for being late and they are left without traveling for work or pleasure; or when they have lost relationships that had the potential to prosper and the other party abandons them due to lateness.

Given this, it is possible to re-educate behavior, from least to greatest, to begin to gradually adjust that permanent attitude and replace it with a better organization and time management system. Of course, these steps need the cooperation of the person, starting with taking charge of life – which includes their personal responsibility – and the consequences that their behavior brings.

10 keys to correcting lateness from now on

The best way to stop being late is simply by following these tips and practicing them daily.

First, become aware of the harm of missing your commitment to be punctual; and then implement these strategies:

How to Write a Great Resignation Letter