The 14 Most Famous Bald Celebrities in Hollywood

Bald is beautiful! There was once a time when losing your hair and going bald was seen as a disaster. If you started thinning on top that meant you were no longer desirable and had lost your manliness. Hair plugs or a toupee were your only options. Well not anymore. Thanks to a long list of bald celebrities, being a nude nut is now seen as sexy and strong. A man who sports a chrome dome is thought to be sophisticated, smart, and above all, handsome. How the tables have turned.

Being bald shouldn’t be frowned upon but embraced. Women love a good baldy so taking the razor to your scalp is a great way to go these days. Being bald is also shown to lower the risk of cancer and stress, which is an added bonus.

If you’re still not convinced, we’ve compiled a list of 14 of the most famous bald celebrities to show you that going naked on top can do wonders for all aspects of your life. 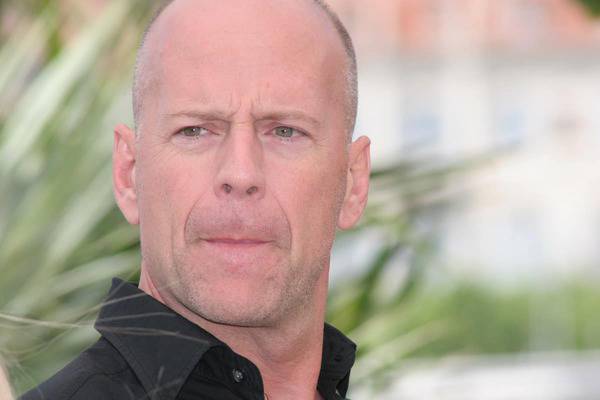 When it comes to bald actors they don’t get any bigger than Bruce Willis. The action superstar has been a mainstay on cinema screens for over three decades after getting his start in the American drama Moonlighting. While he still had a full head of hair when he exploded into people’s world as wisecracking New York police detective John McClane in 1988s Die Hard, it wasn’t long before Willis’ hair started to disappear.

Bruce Willis tried to hang on as long as he could but eventually gave in to his hair loss and when total nude nut. He’s been rocking the close-shaved look for about 15 years now and hasn’t looked better. He’s also been pretty vocal on enjoying his baldness, telling The Idle Man: “I’ve seen all those little digs where they try to make you feel less of a man because you’re losing your hair. I’m a man and I will kick anyone’s butt who tries to tell me I’m not a man because my hair is thinning, and I like fooling around with looking different ways. I wear makeup in films. I wear hairpieces in films. I don’t wear either in real life. End of subject.” 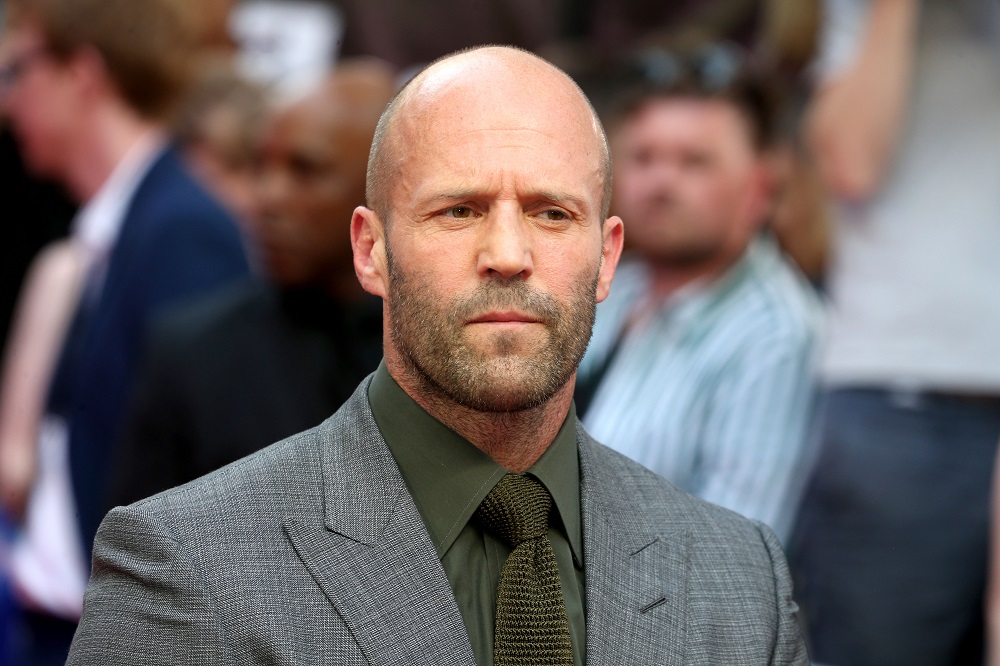 The former Commonwealth Games diver has always had closely cropped hair due to his former profession. It’s something he took with him when he began acting. Being bald has helped with Statham’s tough-guy persona and fostered the badass vibe he gives off in films such as Crank, The Meg, Wrath of Manand The Expendables, The Transporterand Fast and Furious franchises.

Being bald also hasn’t hurt him in the lady’s department, with the Stath engaged to model Rosie Huntington-Whiteley. 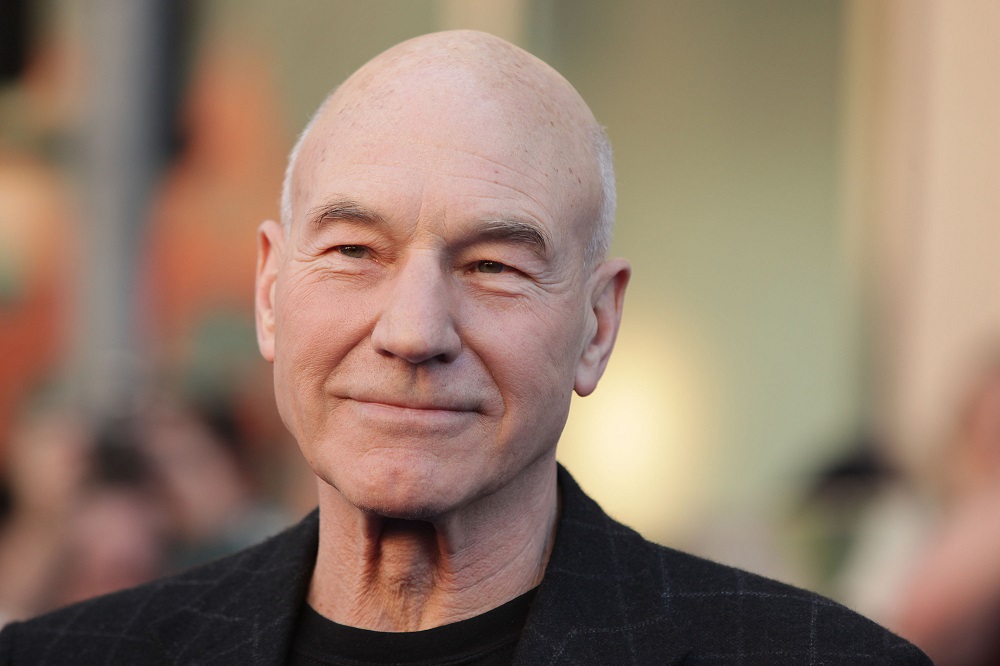 Best known as Captain Jean-Luc Picard from the Star Trek franchise, Patrick Stewart has been a bald celebrity for decades. Instead of taking away from his performances, a lack of head hair has given Stewart a more regal look, making him the perfect Charles Xavier. This is a role he has played seven times in a variety of Marvel-related movies. 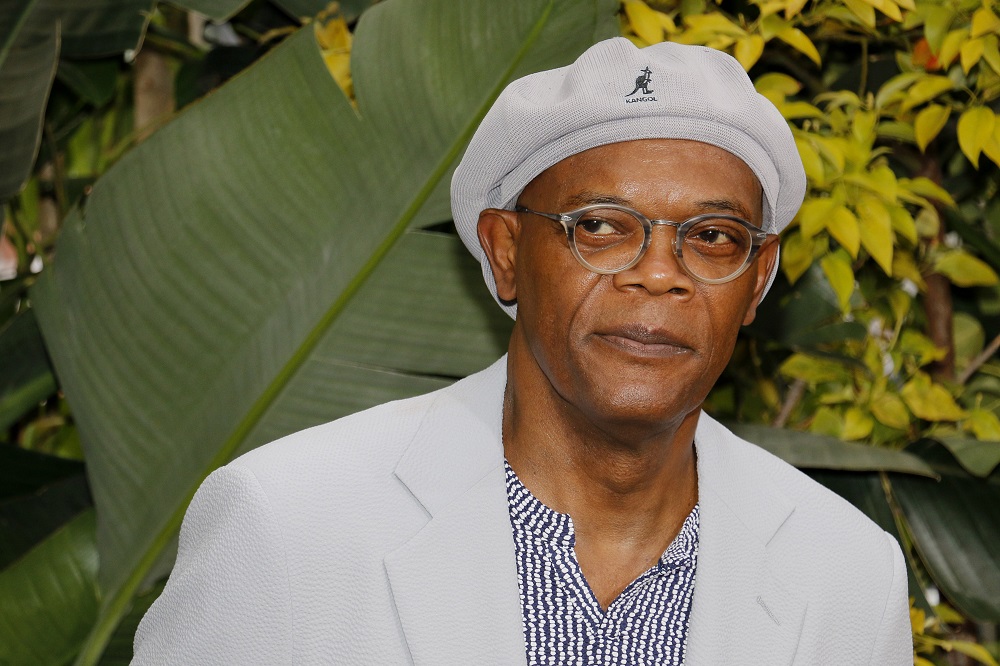 Not only does he look great bald, but Samuel L. Jackson doesn’t appear to have aged in about 20 years. While he sported cropped hair during his early years as an actor, he soon went bald after the success of Pulp Fiction. He was losing his hair around this time and realized it would be easier to shave it all off and wear wigs when appropriate, something he has done for films such as Unbreakable and Jackie Brown. 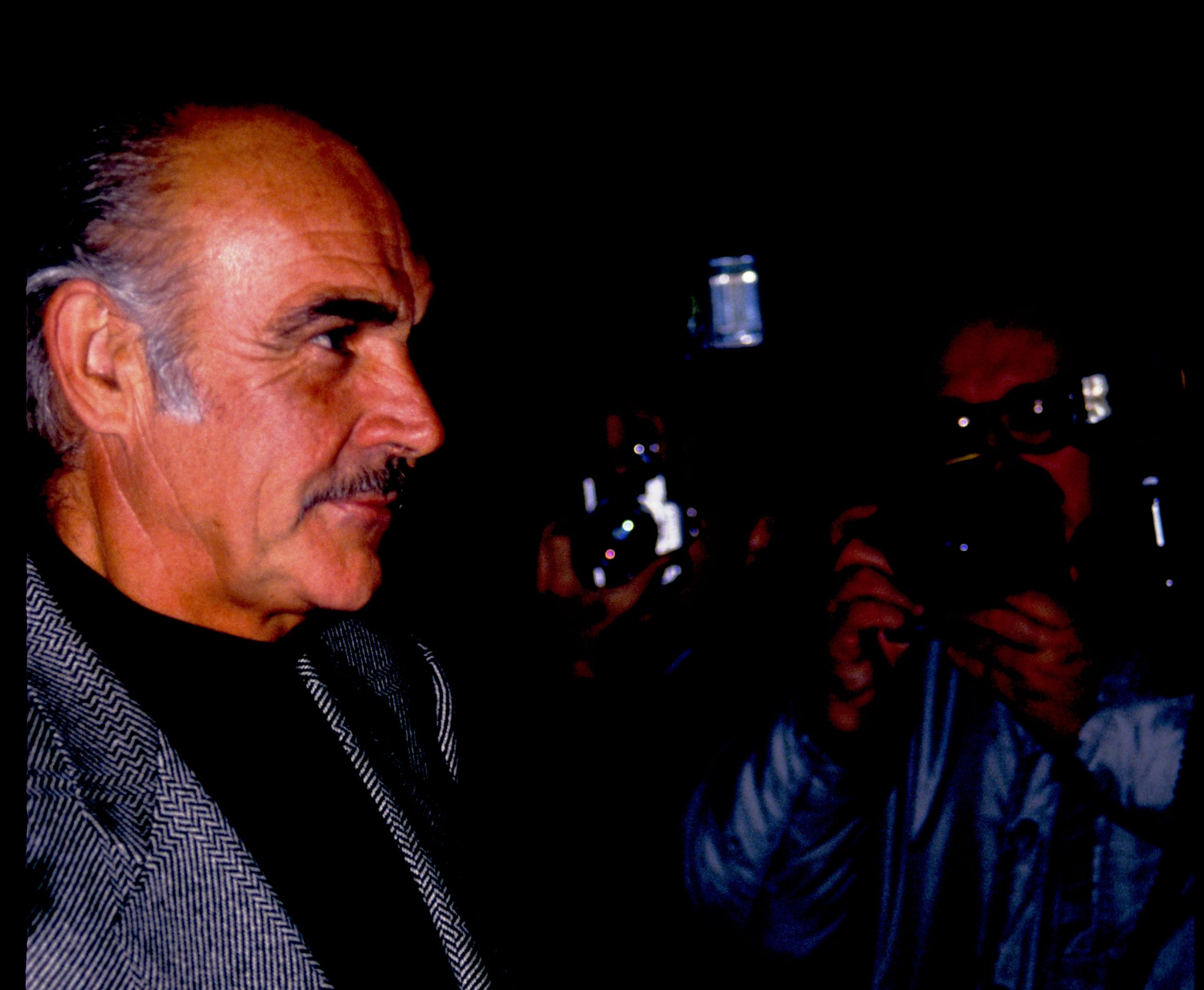 Did you know that Sean Connery wore wigs during his entire run as suave secret agent James Bond? Connery began going bald in his 20s and often wore different hairpieces for movie roles when needed. When not on set he was happy to show off his balding scalp which added to his rugged Scottish good looks. Although he never went completely bald, he never shied away from losing his hair. 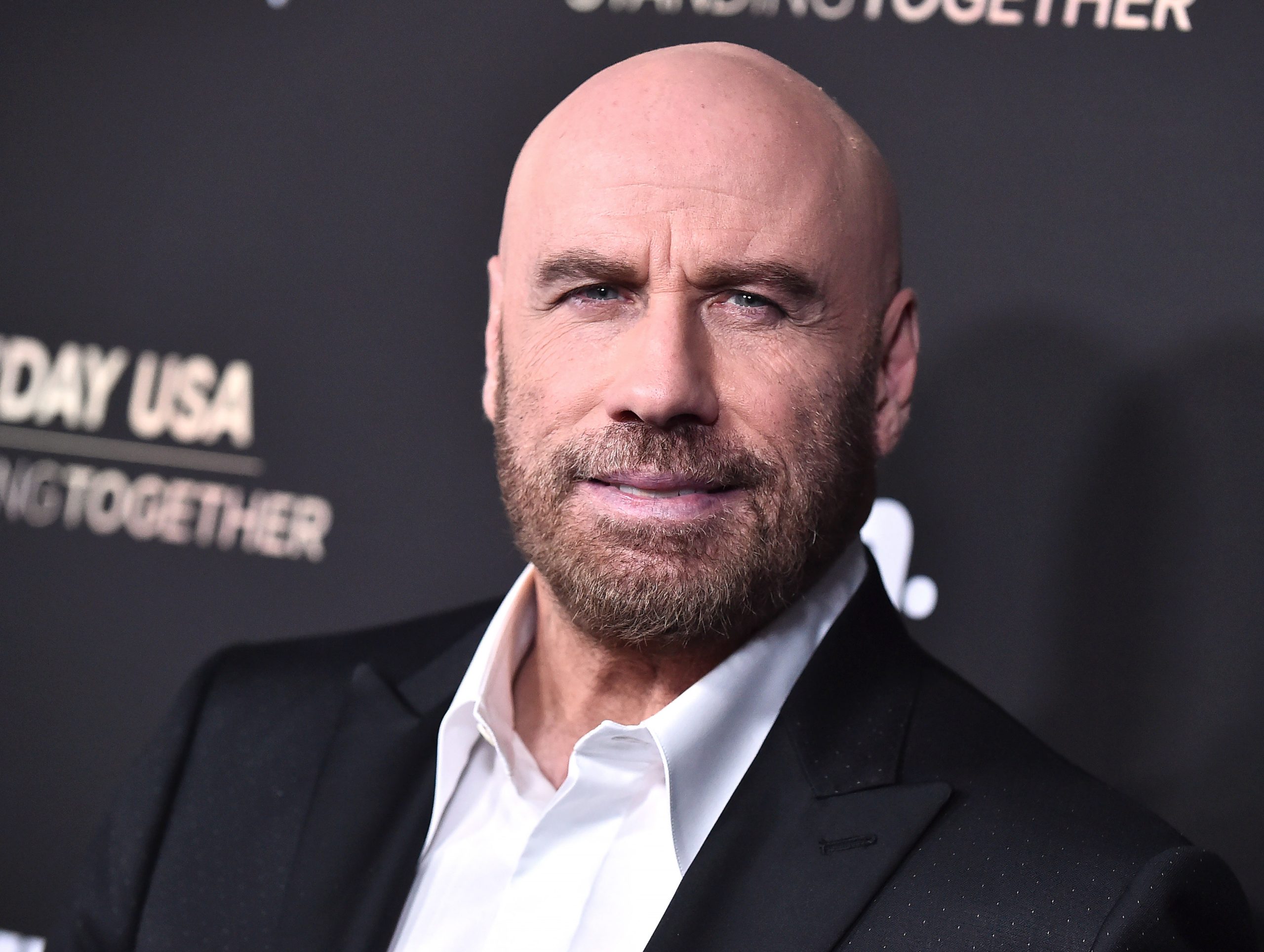 John Travolta has always had a thick head of hair, so when he appeared completely bald in From Paris With Love it shocked many moviegoers. While he did grow his hair out again after filming, rumors persisted that he actually had a hair transplant. Whether true or not, nobody knows, but Travolta finally decided to tackle the rumors head-on by shaving his head completely. He revealed this in an Instagram post back in 2019.

He credits rapper Pitbull for finally convincing him to take action. Jimmy Kimmel Live! guest host Lena Waithe asked him about his new look and Travolta replied, “I became friends with Pitbull … All us guys have to stick together that do this. He encouraged it as well. And the family encouraged it.” Mr. Worldwide doing god’s work. 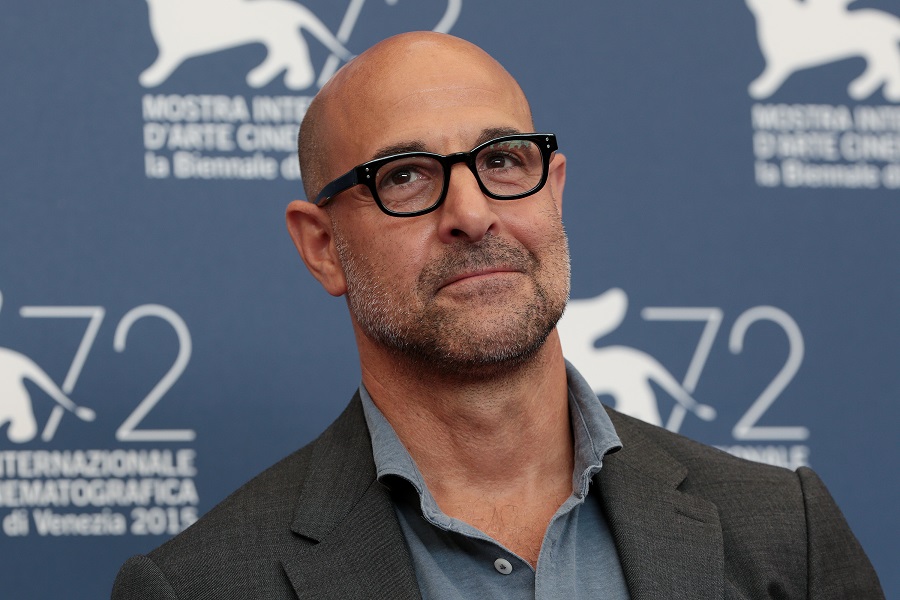 Here is another elderly actor who looks better without hair. Suffering from male pattern baldness, Stanley Tucci finally shaved it all off in his 30s. It was the right decision. Since then his career has not only blossomed, but Tucci has aged like a fine wine. He just gets better and better every year. If you need proof, head on over to his Instagram where he often posts pictures of his adventures in Italy or in the kitchen making delectable meals or tasty cocktails. 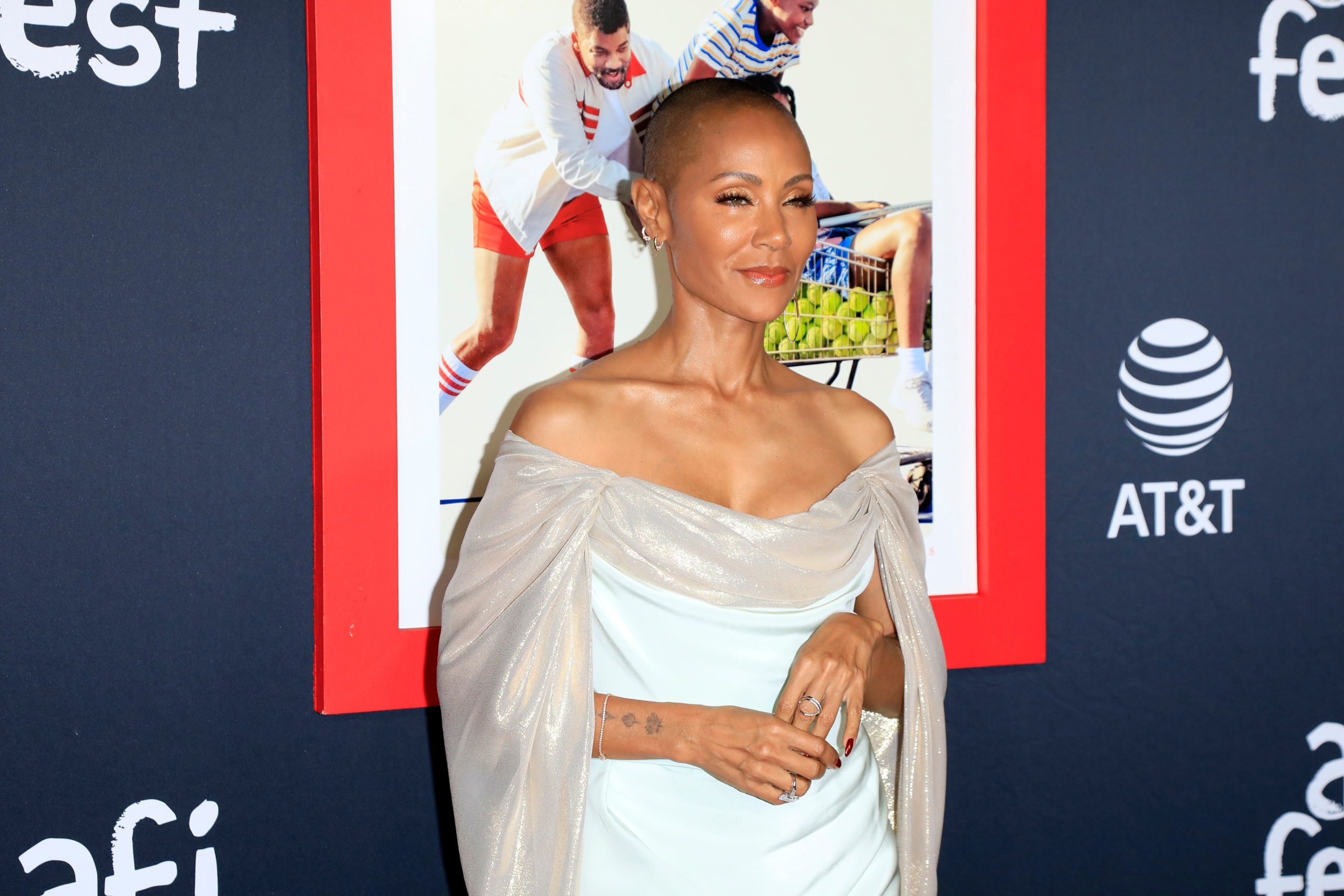 It’s not just men who experience baldness. As everyone found out during the 2022 Oscars, Jada Pinkett Smith suffers from alopecia. The skin condition causes hair loss all over the body. It’s believed around 2.5 million Americans suffer from this condition. This is one of the reasons why Smith has always rocked short hair.

These days she is happy to go completely bald and a few days before the incident at the Academy Awards, Pinkett Smith went on TikTok and said, “I don’t give two c***s what people think of this bald head of mine. Because guess what? I love it.” 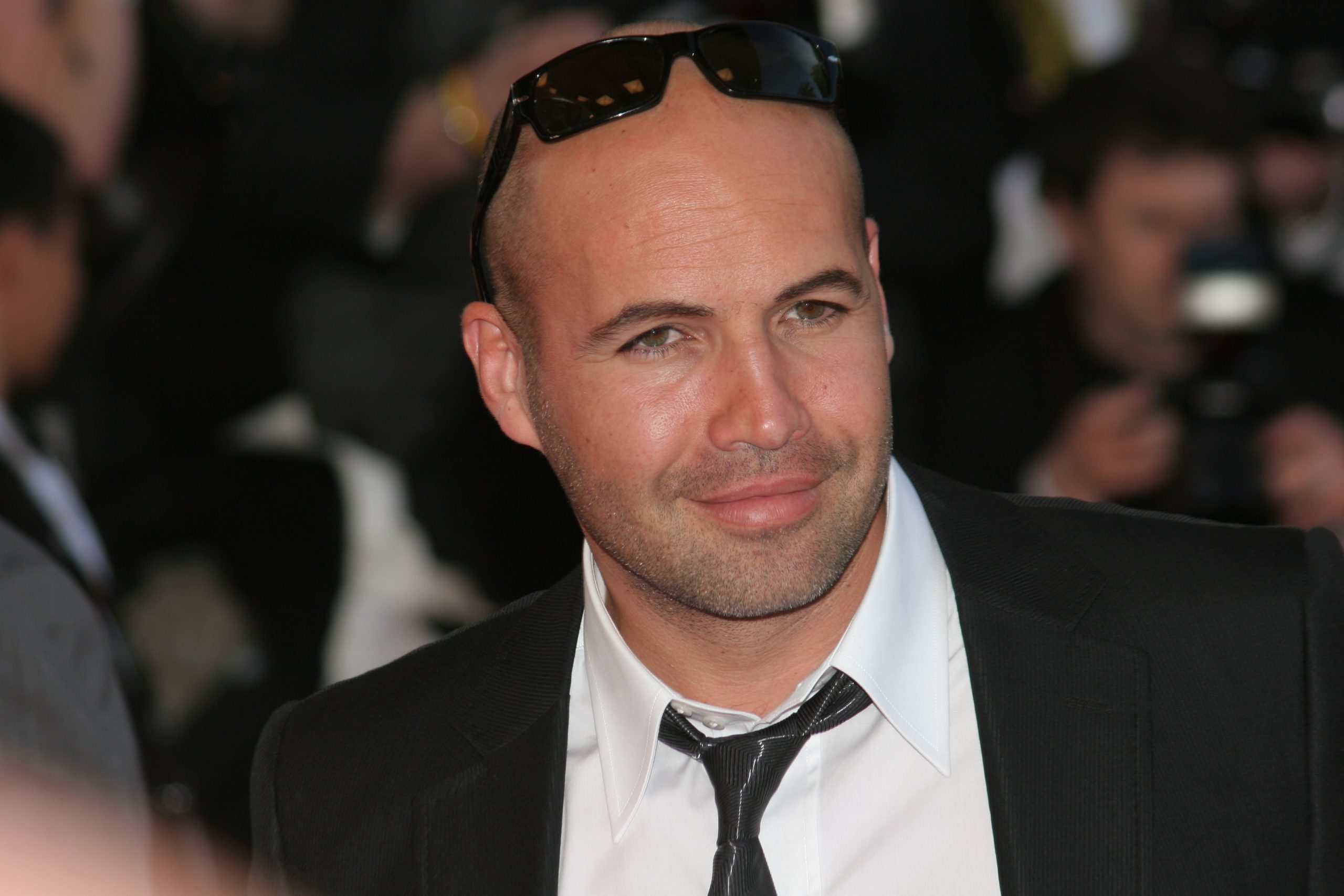 He might be a B-grade star (always A-grade in our eyes), but there is nothing below average about Billy Zane’s chrome dome. Once a Hollywood heartthrob in the 90s, Zane had a full head of healthy hair in his most notable film, Titanic. Or so it appeared. Similar to Connery, he often wore toupees for movies as he suffered from male pattern baldness.

Over the past two decades, Zane has more often than not rocked the bald look. To be honest, it actually suits him and gives the former Phantom a more distinguished look. Two thumbs up for Billy. 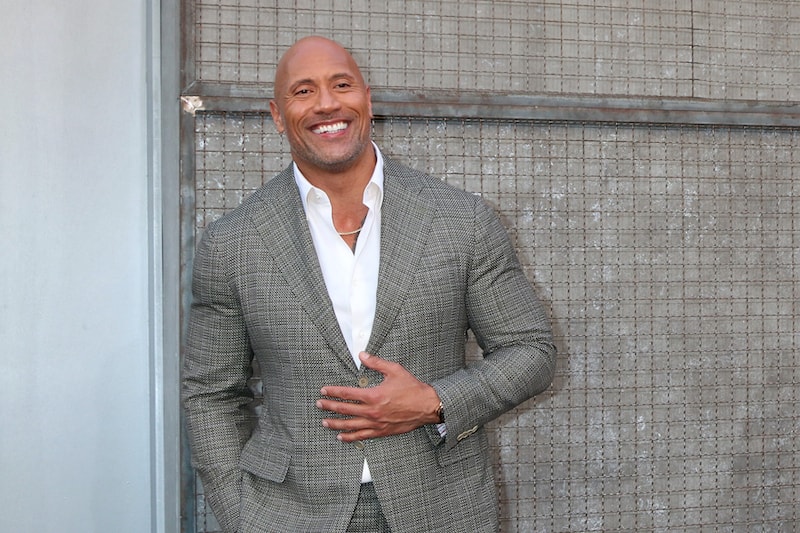 Unlike many on this list, former wrestler Dwyane Johnson chose to shave his head. He did so around 2010. While he is in the enviable position of being able to grow hair, he isn’t actually a fan of the way he looks. In a hilarious tweet from 2017, Johnson addressed his bald head: “I’m not bald because I went bald. I’m bald because my hair is a cross between an afro and hair from a Lama’s ball sac.”

It certainly hasn’t hurt his career, with The Rock one of the highest-earning actors in the world. Films such as Red Notice, Jungle Cruise, Hobbs & Shawand the Jumanji franchise have cemented Johnson as one of Hollywood’s elite. 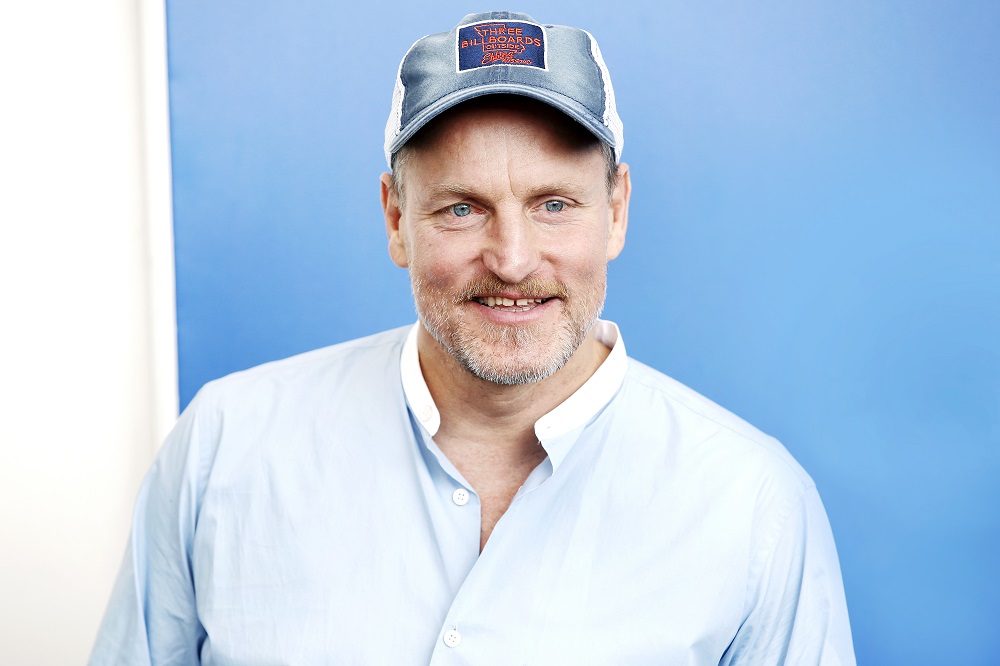 One of our favorite bald celebrities is the weed-loving Woody Harrelson. Another actor who suffers from male pattern baldness, Harrelson once had beautiful blond hair but started to suffer hair loss sometime in the early 90s. This is evident by his character in White Man Can’t Jump always wearing a cap.

It’s only over the past decade that Harrelson has really embraced his baldness. He often sports a closely shaven scalp in many of his movies and seems unbothered by his lack of hair. 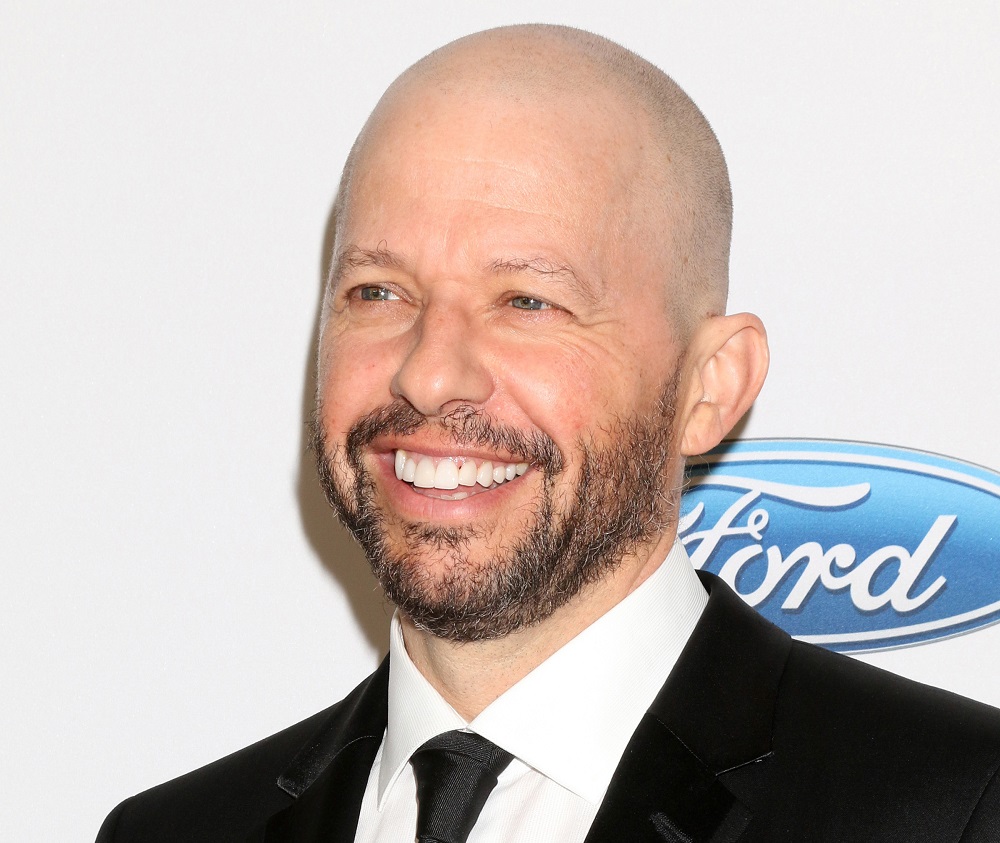 In the 80s Jon Cryer had a lush head of hair. These days he sports a shaved head that takes some getting used to. Not that it looks bad, but after years spent as Charlie Sheen’s brother on Two and a Half Menwhere he had a thick head of hair, it’s quite eye-opening to see him with a bald head. The addition of facial hair also adds to his unique look. 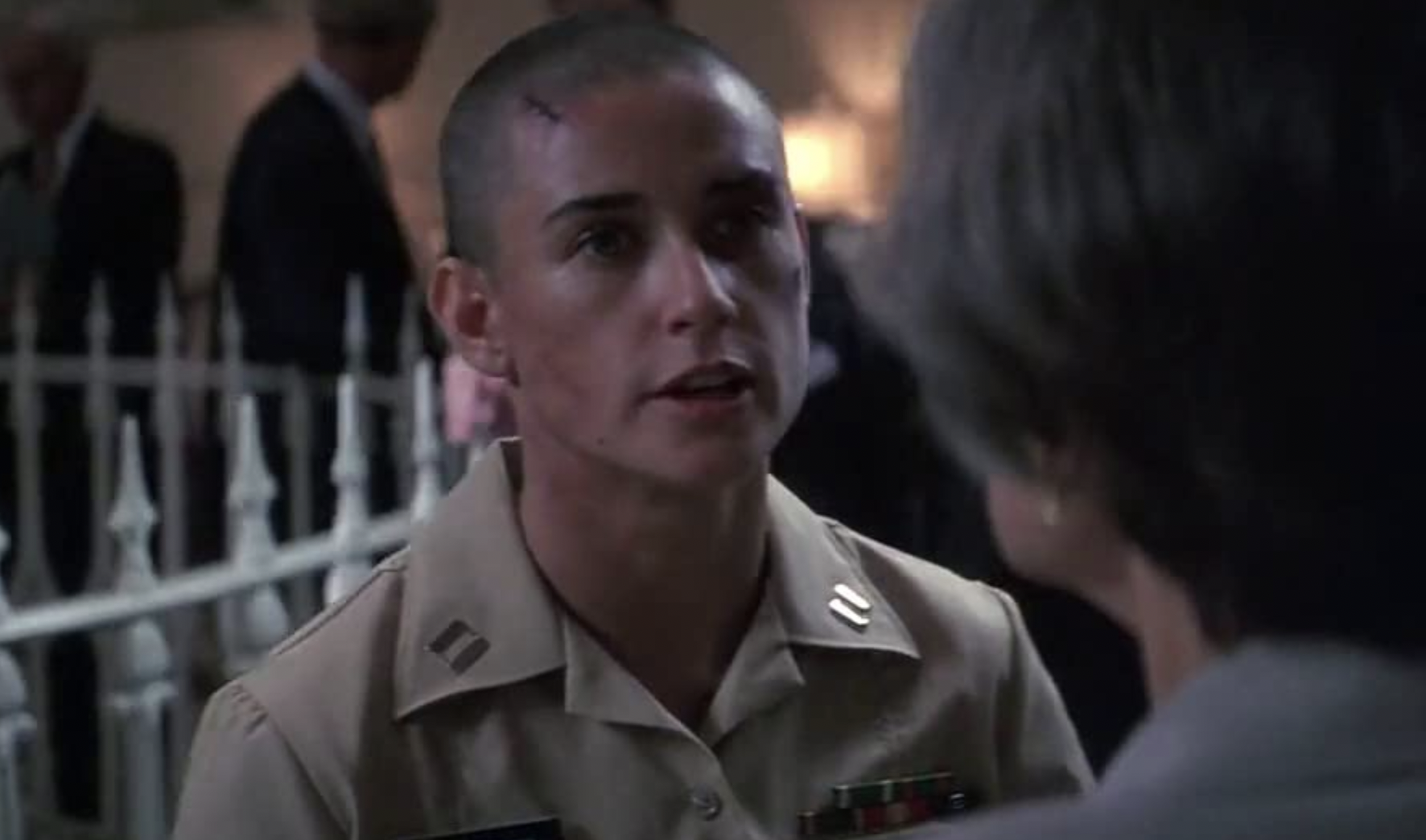 Ok, Demi Moore only went bald for a role, but boy did it cause some controversy. For some reason, people couldn’t get around the fact that she would willing shave her head for the film, G.I. Jane. Audiences seem to forget acting is a job and sometimes it involves changing your appearance.

Anyway, Moore looks great with a bald head and is one of the first high-profile actresses to shave her head for a role. Since then the likes of Natalie Portman (V for Vendetta), Charlize Theron (Mad Max: Fury Road), and Danai Gurira (Black Panther) have followed in her footsteps. 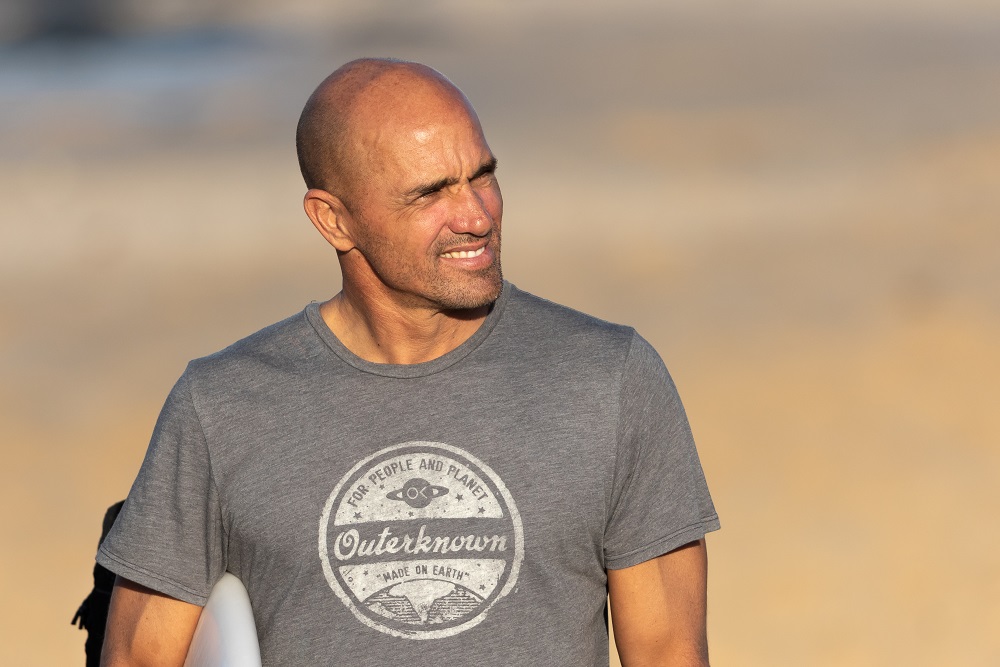 The greatest surfer in the world is also a fan of the bald look. Kelly Slater is a record-setting 11-time surfing world champion who also dated Pamela Anderson, which is impressive in itself. Early photos of the surf pro show him with a decent head of hair before he suddenly started appearing at competitions with a bald head. It’s not known why he shaved, but it certainly suits him and has become a trademark of his look. 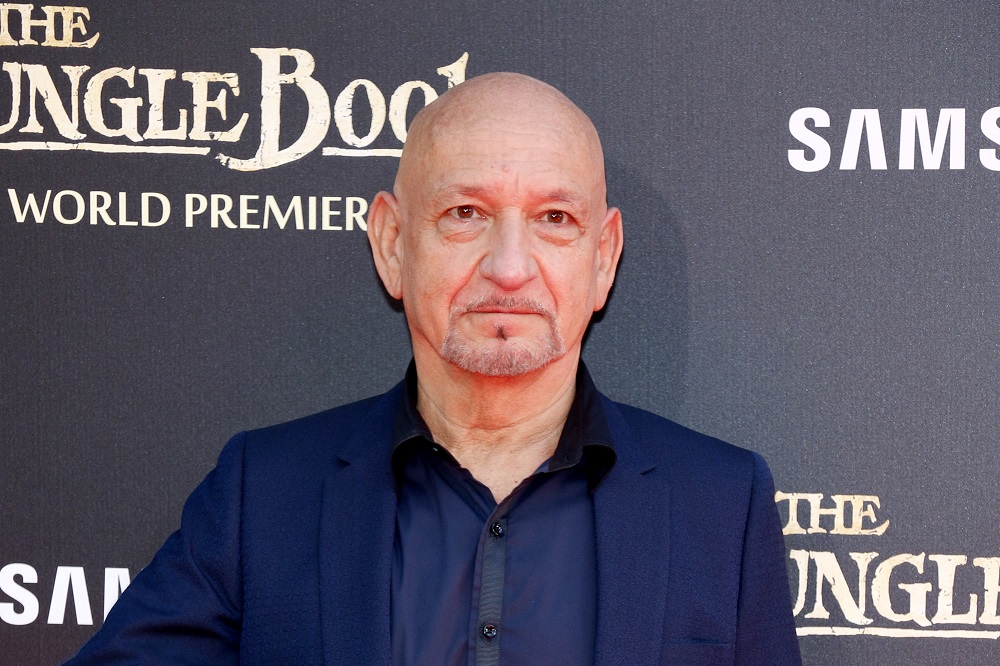 Oscar-winner Ben Kingsley has been bald for the better part of two decades. But it’s not something he’s ever talked about. When a journalist did raise the issue of baldness with him, he said he does not discuss personal matters. He hasn’t mentioned his hair since. To be fair, going bald was probably for the best. He won an Oscar for playing famous baldy Mahatma Gandhi and created one of the most menacing characters with bald gangster Don Logan in Sexy Beasts.