Teen Wolf, the popular supernatural series about werewolves, aired on MTV for six seasons. Despite ending its run, it remains popular with fans who grew to love the characters and mythology of Beacon Hills. One of the main aspects of the mythology is the hierarchy within werewolf packs, and at the top of this hierarchy are the Alphas.

In the show, Alphas are portrayed as both heroes and villains, depending on the individual characters. For instance, Peter Hale starts out as a villain but later becomes something a little more vague and sinister. Similarly, Deucalion seems to be a villain when he’s the Alpha, but when the power is taken away from him, he becomes an ally. The same could be said of Derek and even the twins. On the other hand, Scott doesn’t seem to be affected negatively by power because he never really wanted it.

Updated on March 21st, 2021 by Svetlana Sterlin: Teen Wolf remains popular and widely missed, years after the story’s conclusion. Fans still hope for a potential seventh season or even movie reboot. Looking back, the show featured an extensive and constantly evolving cast of characters, including a surprising amount of Alphas. Deucalion’s Alpha pack makes up for quite a large portion of this, but some of the other Alphas are also serious contenders for the top spot.

Of all the Alphas on this show, particularly in Deucalion’s Alpha pack, Ennis has the least amount of development. Among fellow pack members like Deucalion, Kali, and the twins, Ennis is one of the least interesting. Like the other Alphas, he killed his former pack’s Druid emissary in order to gain his new powers.

In the series, he’s mostly a brute who does whatever Deucalion asks of him, like disguising himself to get into the hospital and kidnap Isaac. Ultimately, Ennis winds up being brutally murdered by Deucalion because he’s reached the end of his use. Thus, he’s expendable, and his time on the show is short-lived.

Laura Hale is one of the characters who is talked about a lot but rarely seen since she dies before the series even begins. However, her death is heavily tied into the first season’s plot and continues to come up during the entire run.

She is the oldest daughter of the Alpha Talia Hale, and eventually becomes the Alpha of the Hale pack herself after her family is murdered in the Hale house fire. She and Derek go on the run for several years to escape the Argents. She is eventually killed by Peter, who wants to become the Alpha in her place.

Kali is the second-in-command of the Alpha pack. She’s remembered for being one of the female antagonists in the series. She also has the strongest connection to another adversary, Jennifer Blake, which makes her all the more compelling.

Kali became an Alpha because she was instructed to kill Jennifer (formerly Jennifer Baccari), her friend and druid. However, Kali couldn’t bring herself to finish Jennifer off and left her to die peacefully – but she didn’t actually die, which is why she returns to seek revenge. Kali also has some pretty unique features as a werewolf, with her fangs and talons (including her toenails).

Derek is a main character for several seasons of the show’s run. He is the son of Talia Hale, nephew of Peter Hale, and brother to both Cora and Laura. Even though Derek starts off as a Beta werewolf, he eventually becomes an Alpha by killing his uncle, Peter Hale – sort of.

Derek is a fan-favorite character on the series and a faithful ally to Scott. He eventually has to give up his Alpha status in order to heal his sister Cora from potentially deadly mistletoe poisoning. As an Alpha, Derek is pretty single-minded and the power definitely goes to his head. He becomes greedy and violent and not himself.

Even though they’re two people, Ethan and Aiden are technically one Alpha. Their bodies physically merge to create a mega-monster, but it’s more formidable in appearance than anything. Of all the characters introduced in season 3B, the twins became the most popular characters. They, along with Deucalion, are the only ones to return later on in the show.

Aiden dates Lydia for a while, and Ethan dates Danny, then later Jackson. Sadly, Aiden is killed by an Oni, which is why Ethan leaves for London, where he meets Jackson. But before the twins break away from Deucalion to become Scott’s allies, they’re pretty dangerous enemies.

Mrs. Finch is introduced in season 5 but no one knows about her Alpha status until season 6. She proves to be a great help to the pack in season 5 as they learn about the chimeras, though little is known about her werewolf status.

In fact, she managed to live in Beacon Hills undetected for a very long time. How she became a werewolf and then an Alpha is unknown, though the characters learn that her pack is called the Primal, named so because the members gave up their humanity to live like animals. She’s also a high school biology teacher and has a daughter.

Peter Hale is the first main antagonist of Teen Wolf. He is responsible for turning Scott into a werewolf as he gives him the bite in the first episode. He also bites Lydia and activates her banshee powers. He’s also the uncle of Laura, Derek, and Cora, and the father of Malia.

Peter’s role on the show received mixed responses from fans because he’s such an entertaining and versatile character. He can be charming, sarcastic, conniving, violent, and merciless, sometimes at the same time. He goes back and forth between villain and ally over the course of the show.

Fans might have some mixed feelings about Deucalion, but when he’s initially introduced, he’s quite a compelling villain. Despite being blind, Deucalion is an adept Alpha – and the Alpha of an Alpha pack – which makes him pretty powerful.

RELATED: All The Creatures Featured In MTV’s Teen Wolf, Ranked By Scariness

His reasons for returning to Beacon Hills are to recruit Derek into his pack and unleash the True Alpha potential in Scott McCall so he can collect a rare addition to his pack. After being defeated by Scott, he later returns to the show as something of an anti-hero.

Satomi is a respected member of the supernatural community, and quite possibly one of the oldest. She appears in seasons 3, 4, and 6, with a wealth of knowledge and wisdom to back her. She’s experienced a lot in her centuries-long existence, including the struggle of being a werewolf during wartime.

Satomi is a true leader who finds ways to deal with even the most inhospitable situations. She lost the love of her life during the war, which ties in with the nogitsune storyline, and was close with Talia Hale. Satomi takes in a number of lost children and orphans into her pack, including Lorilee and Brett. She always seeks to be a caregiver rather than a ruler.

Talia is arguably the most powerful Alpha of the Hale family pack. She is the mother of Laura, Derek, and Cora, and has the rare ability to turn into a full wolf. This is a gift she passed on to her son, Derek.

Before she is killed in the Hale house fire, Talia is extremely well-respected by members of the supernatural community. Talia also acts as an advisor to the Alpha pack at one point. Even though she dies before the series starts, her presence, like Laura’s, is felt throughout due to her power and legacy.

Scott McCall is the heart and soul of Teen Wolf. From the beginning, the story is about him. He is bitten by Peter Hale and has to learn how to be a werewolf and to lead a pack before he’s an Alpha. Eventually, he ascends into becoming an Alpha, and then a True Alpha – a rare kind of Alpha, because Scott doesn’t have to kill anyone to ascend the ranks.

He is able to become an Alpha by his own will and due to his virtue and the strength of his character. This makes him a target for other werewolves who envy his powers, but Scott always manages to come out on top with the help of his pack.

NEXT: Teen Wolf: 5 Reasons Scott Was The Best Leader (& 5 Reasons Why It Was Stiles)


Next
How I Met Your Mother: 5 Things That Changed In The Alternate Ending (& 5 That Stayed The Same) 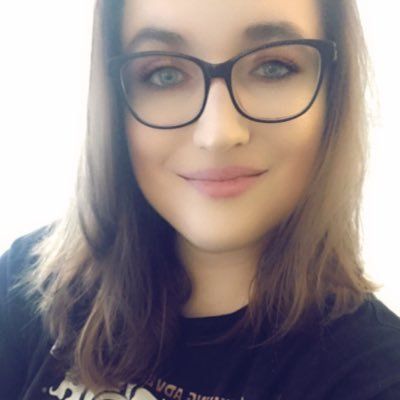 Horror Junkie. Blogger. Fiction Writer. The main things I care about in life can be found on a screen, film, television, video games, add horror into the mix and I’m in love. I write for several online sites and am currently working full-time as a freelance entertainment writer!

The 17 Best True Crime Podcasts You Need To Hear

Blowback’s Cam Gigandet on the challenges of playing a hero