SpaceX’s first crewed spacecraft successfully: SpaceX’s Crew Dragon ‘Endeavor’ successfully docked with the International Space Station as planned on Sunday morning, marking another key milestone during this historic Commercial Crew demonstration mission it’s conducting with NASA. Onboard Crew dragons were NASA astronauts Doug Hurley and Bob Behnken, the test pilots selected to be the first-ever humans to fly onboard SpaceX’s Crew Dragon, and the first people ever to make the trip to orbit aboard a spacecraft built by a private company.

The docking process was handled completely autonomously by Crew Dragon itself, which is designed by SpaceX to operate on autopilot from the moment of launch throughout the course of the entire mission. The spacecraft is able to dock with a newer automated international docking adapter installed on the ISS, unlike the original cargo version of Dragon, which required manual capture by the robotic Canadarm 2 controlled by astronauts on the station. The updated cargo Dragon and Crew Dragon are designed to work with the new automated system.

Hurley and Behnken launched at 3:22 PM EDT (12:22 PM PDT) on Saturday, taking off from Cape Canaveral in Florida as planned. It was the second launch attempt for this mission, after weather caused a delay last Wednesday. This mission is NASA and SpaceX’s Commercial Crew Demo-2, which is the second demonstration mission of the full flight and return of the SpaceX Crew Dragon spacecraft, one of two vehicles commissioned by NASA from commercial partners to provide transportation serves for astronauts to and from the Space Station. 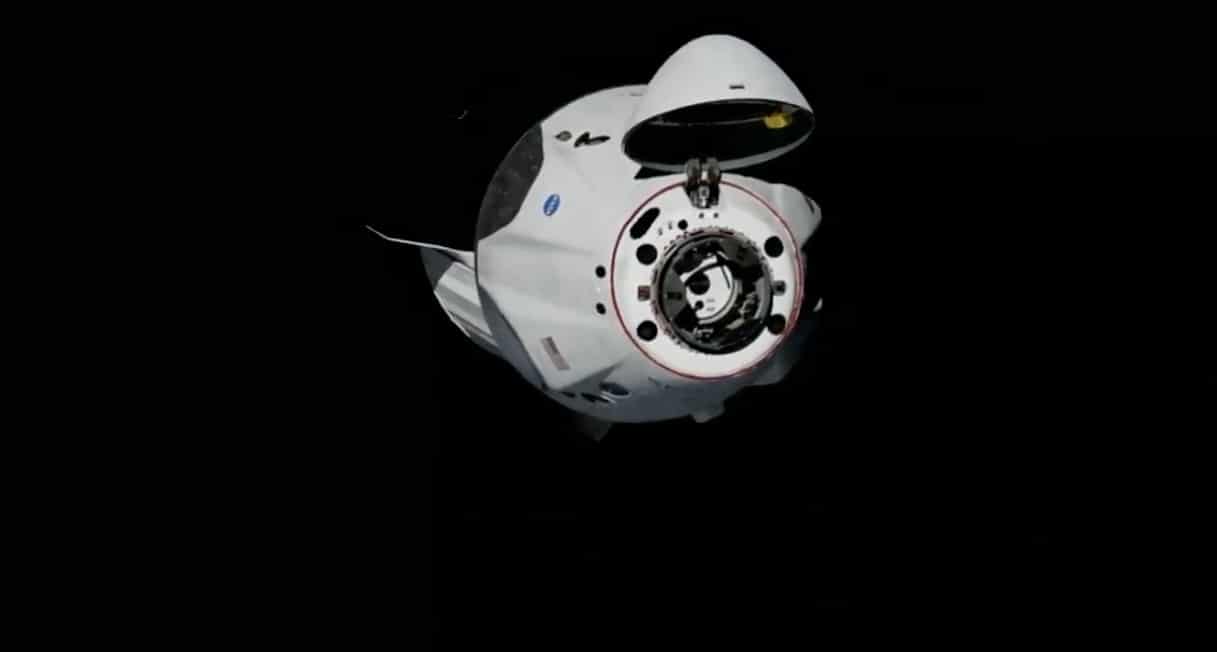 Crossing this milestone means that essentially the first half of the mission has been completed successfully – so far, SpaceX has demonstrated that the launch process works as designed, as does manual control (the astronauts took over and ran two tests of that system), and automated docking.

The ISS hatch opened at 12:37 PM EDT, and the Dragon hatch opened at 1:02 PM EDT, at which point Behnken and Hurley were welcomed onboard the ISS by the existing crew, which includes two U.S. and one Russian astronaut. Hurley and Behnken will now perform standard ISS crew activities, including conducting experiments and research, during the next several weeks before they climb back into Crew Dragon for the final portion of Demo-2 – the trip back to Earth. 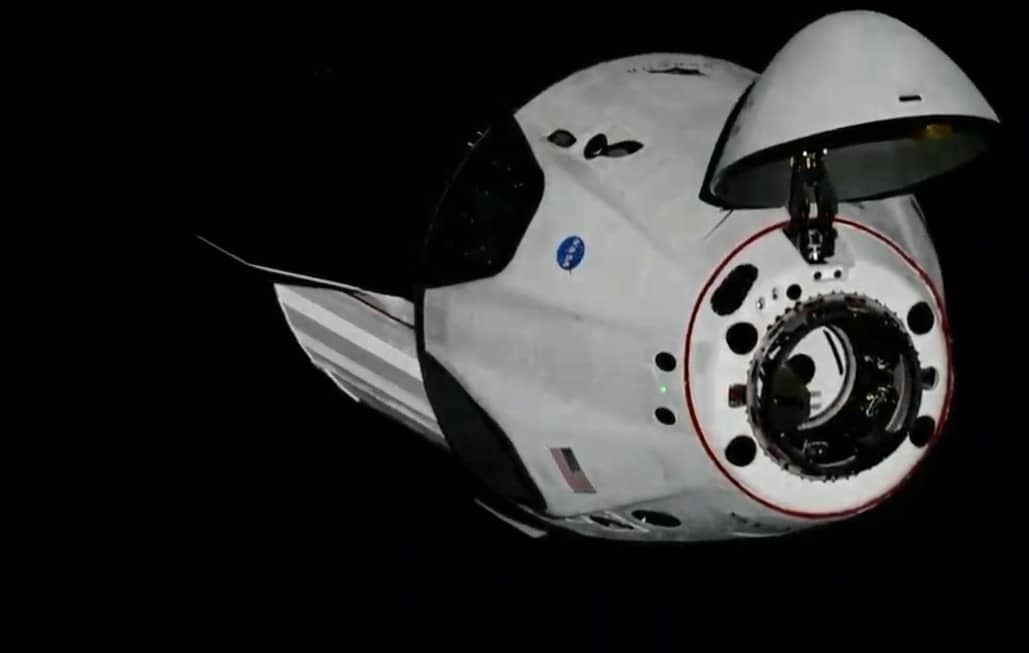