The Silent Valley National Park that is located in the Kerala State of India is the most underrated and under-visited natural beauty in the world. Yes, this extraordinary biodiverse tropical forest can be rated as one of the best in that category in the world.

Once I went up to a few kilometers before the silent valley but could not proceed further because my vehicle broke down. Nevertheless, from what I saw till that point (about 20 km before) was breathtaking.

I traveled from Coimbatore and reached Anakatti in less than an hour! The route was colorful with wildflowers of the Nilgiris biosphere; there were sudden valleys, secluded bungalows that sported sprawling gardens in the front. I spotted a few birds that I haven’t seen before.

I did not realize that I was approaching the silent valley then. It is a haven for botanists who can’t say they have had enough of looking over at the range of flora. Similarly, we, as common tourists who go to Silent Valley to spot the much talked about Nilgiri Tahr and the Lion-tailed Macaque won’t retreat easily as songs of the forest birds would beg us to stay.

I would call it Lion-faced Monkey.

The jungle of Silent Valley is untamed and the flora and fauna not fully explored. The hidden mountain streams, the sudden rain inside the dense foliage can give you immense pleasure.

In this part of Kerala, the Silent Valley forest is also known as Sairandhri Vanam.

Silent Valley National Park is located in Mukkali village, near Mannarkad village, Palakkad district Kerala. You have to visualize the other-side of Palakkad, not the one you generally know as a small town 48 km from Coimbatore.

From Mannarkad, the Silent Valley is about 12 away. From Mukkali village, it is only a short walk of 3 km.

The roads leading to the Silent Valley would start climbing up slowly. The highest point Sispara Peak on the mountains stands at 7000 feet!

How to reach the Silent Valley, National Park

First I will tell you how I almost reached the Silent Valley’s evergreen forest. From Coimbatore’s residential area R.S.Puram, I took the Anakatti route which is located at a distance of 28 km. The journey was uphill after a few minutes and the route was picturesque.

Anakatti village is the border town between Tamilnadu State and Kerala State.  From Anakatti, Mukkali village is located just 36 km away. So, from Coimbatore, if you go via Anakatti, it will be only about 65 km of ghat road and plains section.

Silent Valley forests are located in the Kundali Hills of the Western Ghats.

The nearest airport is at Coimbatore that is well connected from most of the cities in India. You can arrange a taxi from Coimbatore airport to go to the Silent Valley National Park in about 3 hours.

Another big city is Mysore that is 220 km away.

Ooty is also a favorite starting point to Silent Valley National Park. The distance from Ooty is 160 km and the route is scenic and breathtaking one.

When is the best time to visit the Silent Valley National Park?

I would certainly say you can visit the Silent Valley forests all through the year but if wildlife watching is the sole purpose, then, you would better go during summer when the wild animals come out of their covered habitat in search of water.

Let us look into the flora part in the Silent Valley National Park that attracts botanists, students and bio-preserve organizations.

If you do your research about the flora of Silent Valley, you will read about so many numbers of species such as:

I cannot agree with this counting of species. It is humanly impossible to count the vegetation in such a vast area of 90 sq.km. In addition, if you still believe in evolution, new species of algae and wildflowers continue to spring on a daily basis.

The Silent Valley National Park’s forests that are largely undisturbed by humans can boast of several varieties of flora that are endemic to them.

Here are the names of a few plant species in Silent Valley Reserve Forest:

I can give you more than 100 names but they are botanical names that won’t make any sense to the majority of us. Moreover, the trees and plant life don’t interest normal tourists. Mostly educational tours or research team would appreciate the flora section.

Such a range of fauna would interest different people. For example, the majority of us are not interested in insects, worms, reptiles, and even butterflies. So, to address the majority of us, we will look at the animals and birds alone that are spotted, identified and recorded in the Silent Valley National Park.

Let us forget about the numbers of species and focus only on the names of the animals. 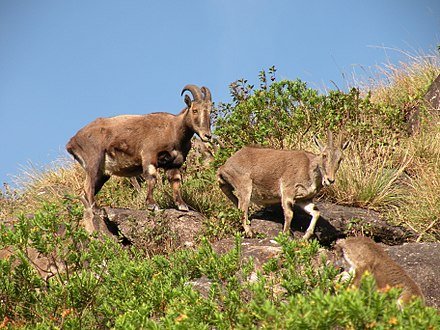 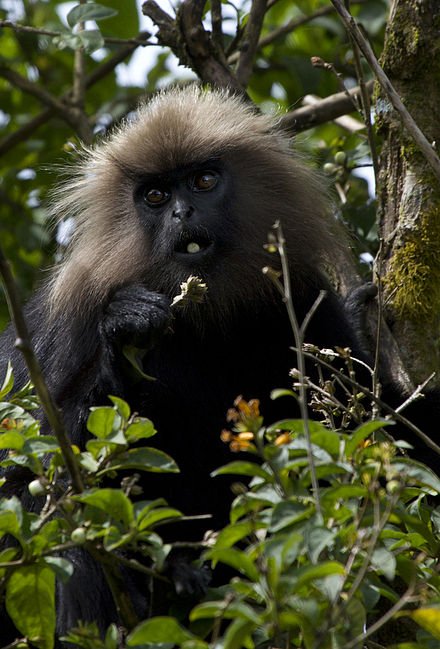 Wow! It is a giant squirrel indeed! Look at its bushy and long tail! What a lovely brown color mammal!

(not seen or heard before-eh?)

The sholas in Nilgiri Mountain range are widely appreciated for the number of birds spotted there.. They are very beautiful birds and some of their songs are very melodious.

It is not easily visible, folks. You must have the patience to spot this huge bird.

What a beautiful bird!

If only you are an avid bird watcher and want to capture all these wonderful birds of Silent Valley National Park in your camera, you may have to roam around the dense jungle for several days.

Apart from such a wide range of animals and birds, there are numerous butterflies, beetles, grasshoppers, crickets, earthworms, leeches, dragonflies, and colorful, bizarre insects that become prey to birds. I read that several butterfly species are migratory here!

Well, you get to see all the famous Indian snakes that are poisonous such as the King Cobra and Viper in Silent Valley forests.

Prey to worms, birds, snakes, and animals are clearly available and in abundance.  Ecology is nicely balanced-right?

The beautiful Kunthi river and other rivers on the outskirts of Silent Valley National Park such as Siruvani and Atthikedavu contribute a lot to the balanced ecology of the fish species.

Are there organized animal safaris available in the Silent Valley National Park?

Yes, of course. The animal safari tours are conducted in jeeps. The first safari jeep in Silent valley starts at 8 AM.  The safari tour will be a guided tour.

If you prefer, you can use your own car or jeep to go around the Silent Valley National Park for wildlife watching but you need permission to do that.

Who to contact for Silent Valley National Park safaris?

Let us say you have spent one full day in Silent Valley forests to watch the wildlife and plants.

The next day (if you chose to stay one more day), you can indulge in other adventures such as trekking on the hills and forests that can be highly satisfying. In addition, there are chances to spot some more birds or animals that you missed seeing the day before.

View of the Silent Valley National Park from the Watchtower:

Instead of a static image, this short video clip below will be realistic as to how the dense tropical rainforest will look like when watched from 100 feet above.

Sairandhri watchtower is the name so that you can ask around for its location. The green canopy below, birds and their nests, monkeys playing on the trees are some of the things you will notice and they will stay in your memory for a long time.

The official name given to this nature tour by the safari guides is, “Sairandhri Trip”.

This adventurous activity should not be missed in Silent Valley as the first-hand experience of touching the tall forest trees, and the close encounters with myriad insects, snakes, birds, and mongoose will thrill you beyond your expectation. You will be taken in a jeep for this nature tour.

There are quite a few trekking trails in the Silent Valley National Park for you to choose one or all of them to walk through depending on the number of days you are going to stay. Walking on the pre-trodden trails is safe.

There is one more adventure activity; you can choose to stay in a camp on an open ground in the middle of the forest. Of course, you need officials’ nod and an experienced guide to stay with you.

Once you have decided to experience this forest camping, you will never regret it because the green jungle, the sound of river streams and birds’ songs and above all the chirping of nocturnal crickets-all these would make you feel pleasant and elated. The sense of achievement of having camped in the densest and evergreen forest in India cannot be matched.

Attapaddy is a tribal area. A visit to their habitat and a few words of exchange with the native tribes is another first-time experience to most of us.

Other places to see during your trip to Silent Valley National Park:

The last two mentioned rivers will meet you on your way if you’re coming by road from Anakatti village in Tamilnadu.

Staying options in and around Silent Valley:

There are some accommodations in the Silent Valley National Park itself but they are basically only. If you want to stay at least one night in the most celebrated forest of India, you have to put up with minimum facilities and forget the luxuries of star hotels.

Since Mannarkad town is only 20 km away from Mukkali, you can opt to stay in Mannarkad where there are a handful of hotels that definitely do not fall under star hotel category.

Below are some of the hotels and resorts in Mannarkad, near Silent Valley National Park.

Considering the limited accommodations available near Silent Valley National Park, it is better to stay in Coimbatore city and enjoy a day trip or two to Silent Valley which is another world that you have not seen before and hence a must-see destination.

Though the Silent Valley National Park is located in Kerala, the Tamilnadu border’s proximity is the sole reason to eat both the Malabar cuisine and Tamilnadu cuisine.

You can get more vegetarian food than meat though river fish are available in plenty and they are generally juicy and tastier.

What can you buy in Silent Valley?

If you are looking for authentic hill produce, you can go to Anakatti, 36 km from Silent Valley. Cardamom and quality tea are the best buys.