Save Data with the Best Lite Apps for Android and iOS 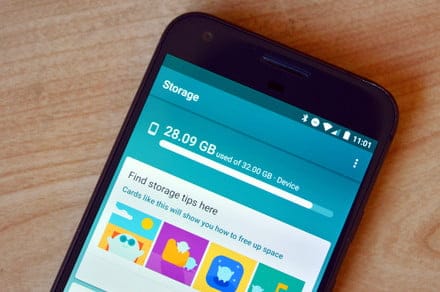 If you constantly struggle with limited storage and memory on your smartphone, jockeying between uninstalling apps, removing excess data, clearing out your photos, and other tricks to save space, can be time-consuming and confusing. It doesn’t help that many of the most popular apps in the U.S. — Facebook, YouTube, Snapchat — are large downloads and re-demanding. An older phone with 16GB of storage and 1GB or 2GB of RAM will quickly run out of space for new apps or photos or music, and running such apps will cause overheating, slowdowns, and crashes.

What’s more, those apps also consume a ton of data, which is not ideal if you’re on a budget or use your phone as your primary access to the internet — which holds true for 20% of Americans, according to a Pew report. Thankfully, there is an alternative. The majority of the most-used apps on the market offer “lite” versions that reduce the drain on your phone and monthly data allotment. If a lite variant isn’t available, platforms often have Progressive Web Apps (PWAs), which provide basic functionality through a mobile browser. PWAs don’t require a download and are much less processor-intensive. Often, companies cover their bases by making their web app into a lite app, offering identical service on both.

We’ve rounded up a comprehensive list of the best lite apps and PWAs available for major apps on the market today. Though there are a few available in some fashion for iOS, most of the formal apps are for Android only.

Maps Go is the light version of Google’s navigation app. Google Maps is the go-to app for navigating across a variety of travel methods, from walking to driving to using public transit, so using a lightweight version can have a big impact on performance and data usage. Unfortunately, this app is only available for Android devices, but it is possible to reach a PWA version on iOS by following the below in the Chrome browser.

Read More:   How to clean the inside of your desktop PC

Facebook is the largest social media platform for mobile users in the U.S. It’s also a hefty and demanding app that requests a lot of data permissions from you, so it makes sense to get rid of it in favor of a lightweight version. With Facebook Lite for Android and iOS, the mobile app delivers the same social experience you expect, but in a much smaller package and with less reliance on abundant mobile data.

After beta testing a 15MB lite version, Spotify finally released the final version of its Spotify Lite for Android, and it weighs in at just 10MB. That tiny size makes Spotify Lite one of the least re-intensive ways of streaming music from your phone. However, the Lite app is missing some key aspects  — for example, it has data monitoring solutions, but it can’t download songs to play offline. So while it’s a great app for saving storage space, it’s not the best app for saving data. Stick with the main app if space is no issue, but if storage is at a premium, this is the best choice for music streaming.

Facebook’s chat tool, Messenger, is massive in its own right with more than 1.3 billion monthly active users. Facebook Messenger Lite strips down the messaging app to the essentials, bringing the app size down to less than 10MB. Those essentials still include some luxuries though, and Messenger’s ever-popular video calling is among them. Unfortunately, despite Messenger Lite being available on Android for years now, the lite app still hasn’t arrived on iOS. Unless you live in Turkey, that is.

YouTube Go, the miniature version of Google’s massive social video platform, launched in 2016 and is available in more than 130 countries, though not in any Western markets. The simplified platform offers minimal but effective features. When selecting a video, YouTube Go asks if you would like to download a low-quality version instead, allowing for a bit more control over data usage. Plus, you can send videos to your friends via Bluetooth. If you’re in one of the markets where it does exist and you own an Android phone, you can grab it below. Otherwise, you’re out of luck for now.

Google Go is a lighter and faster version of the Chrome browser that promises data savings of up to 40%. Weighing in at only 7MB, it also barely takes up any space on your device, but still comes with most of its major features. You get access to Google Search, but it also comes with voice controls, Google Lens, and the latest trending topics. If you’re using an entry-level or older phone, then this is a must-have. Unfortunately, though, there is no iOS version.

Can’t get your hands on Google Go? Try the Opera browser’s lite offshoot, Opera Mini. This lightweight browser’s main focus is conserving data for the budget-conscious, plus it offers a built-in ad blocker. Other features include a download button for videos — not YouTube videos, unfortunately, but a variety of others — and data tracking in the settings menu. Sadly, it is not available on iOS.

Gmail Go offers most of the standard capabilities you’d expect from Gmail, including multiple account support, attachments, and push notifications, while reducing mobile data use. While it syncs fewer days of emails, and scrolling is a little choppier in Gmail Go than the full version, it’s a worthwhile tradeoff for many people. It’s only available on Android.

You might end up using Twitter Lite without recognizing it — the PWA is Twitter’s standard mobile web platform, available at mobile.twitter.com. You can also access it by downloading the Twitter Lite app on Android in over 45 markets with heavy mobile usage (including Ghana, Turkey, Ukraine, and many more).  The app is designed to load quickly on 2G and 3G networks, offers a data saver mode to download only images and videos you want to see, and takes up less than 3MB of space.

Gallery Go is a lighter version of the main Google Photos app, specifically designed for Android Go devices, and it also manages to be just as useful. It uses less data than Google Photos, with full offline access, but it’s the organization that’s truly impressive. Gallery Go organizes your photo collection every night (saving daytime res), collating your snaps into a number of categories — so you can quickly and easily find the picture you want. It even has a dark theme and a built-in editor.

Previously known as Files Go, Files by Google is a storage manager, and it’s particularly useful for those with minimal smartphone storage. It provides recommendations for files to erase, makes it easy to delete collections of data in a single tap, and provides other tools for managing and viewing storage space. It also offers offline file sharing via Bluetooth that’s similar to Apple’s AirDrop functionality. It’s available globally on Android.