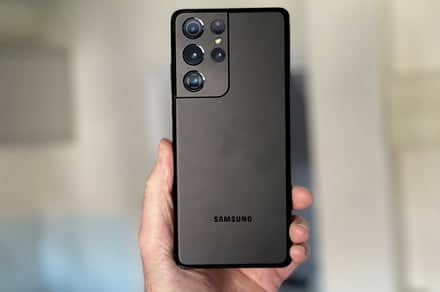 Samsung is committed to providing Samsung Knox security updates to a wide range of its Galaxy devices for at least four years after release. It fills a gray area regarding Samsung’s security update schedule, giving anyone buying a new Samsung phone peace of mind for a substantial period of time. Phones like the Galaxy S21 Ultra and Note 20 Ultra are technically capable of lasting many years, but the software needs to be kept up to date to make sure you don’t have to upgrade early.

Samsung is already providing three generations of Android software updates to its Galaxy phones, a move announced in August 2020, and although security updates arrive on a monthly or quarterly basis, the duration of these security updates does not last. has never been clear. It was assumed that they would also last three years. Samsung’s security updates are important to keep Android safe and safe from malware threats, and to ensure that Samsung’s own software is safe as well.

Which Galaxy phones and tablets will receive the updates? Samsung says the list covers over 130 different devices and includes the Galaxy S10 line, Galaxy S20 line, and Galaxy S21 line, as well as Galaxy Note phones from Galaxy Note 10, several Galaxy A series phones, the Galaxy XCover series, and many Galaxy Tab tablets, including the Tab A and Galaxy Tab S5e, Tab S6 series and Tab S7 series. All Galaxy Fold models are also included.

However, not all of these models will receive monthly updates. Samsung’s security-focused webpage shows that older models are all eligible for quarterly updates, while newer models will receive a monthly security patch. Some other models are only listed as receiving “regular” updates, without specifying the exact period. It also warns that some device update schedules may be affected by the operator. So even though we know the updates will continue for four years, the frequency is less predictable.

Samsung’s commitment to software and security updates sets it apart from Android competition and brings it closer to Apple’s long-standing support for iOS installed on iPhone models. The most recent version of iOS, iOS 14, is compatible with the iPhone 6S, released in 2015.