Realme’s Next Flagship Phone Will Use Samsung’s 108MP Camera 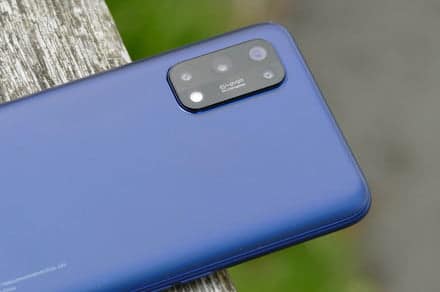 Realme has shared a preview of its upcoming flagship smartphones, which include the Realme 8 series. Following the Realme 7 series, the company is looking to innovate and improve the performance of its latest generation camera, with the digital sensor. 108-megapixel ISOCELL HM2 camera from Samsung. Realme is another phone company in the BBK Electronics stable, alongside OnePlus, Oppo and Vivo, and has a reputation for making devices of incredible value.

Released a generation after Samsung’s ISOCELL HM1 camera found in the Galaxy S20 Ultra, the ISOCELL HM2 is a few months older than the ISOCELL HM3 camera in Samsung’s new S21 series, but it remains impressive. Samsung claims that “the image sensor is perfectly designed for today’s thinner, lighter smartphones, so you can carry a professional-grade camera right in your pocket wherever you go.”

Why would you want a 108MP camera? The explanation can be quite technical, but it boils down to producing high quality photos in more lighting conditions, and with a greater degree of detail. When combined with smart software, the results can be exceptional, just like we’ve seen with the Galaxy S21 Ultra. When high-megapixel phone cameras first arrived, the pixels were so small that you would lose a lot of clarity and detail during processing, and cameras like the ISOCELL HM2 are designed to avoid that.

Realme also notes an unusual 3x zoom feature in the sensor. Essentially, this is a digital cropping feature enabled by the camera’s higher overall resolution and pixel clustering technology, where multiple pixels are brought together to form an even larger pixel to let in more light. . Realme says it will capture eight 12MP photos and combine them into one, producing an image it says will show more detail than some optical telephoto lenses. Other features of the camera include the ability to take time-lapse videos of starry skies and a set of new filters for portraits.

The 108MP camera is expected to arrive on the upcoming Realme 8 Pro. While the 108MP camera will grab headlines and attention, getting the most out of it requires proficient software running behind the scenes. Most of today’s mainstream phones come with a 12MP camera, including the high-performing Google Pixel 5. Even Samsung struggled to capitalize on the potential of the 108MP camera at first, as we have seen. sees it on the Galaxy S20 Ultra, so it will be interesting to see how Realme – still a newcomer to the mobile world – handles it.

Realme has not confirmed the launch date of the Realme 8 series phones, at least one of which will ship with the 108MP camera, but if it is the camera, the release cannot be -be not far away. The quick turnaround time is a surprise, as the Realme 7 series didn’t arrive until October 2020. Realme sells its smartphones in the UK, Europe and Asia. It has so far not announced a US release for its phones.