If there is talent, you just need to support it! An architecture student who makes high-quality handmade electric guitars, a psychologist who designs board games aimed at teaching Braille language for the blind and sign language for the hearing impaired, and a researcher who uses ostrich bone waste To alleviate health problems such as ectopic pregnancies, they were winners of the High Impact Entrepreneurship Contest 2021, convened by the Incubator of Technological Companies of the Center for the Management of Innovation and Technology (Cegint) of ITESO .

The three selected projects will receive, in addition to a scholarship to start them up in the ITESO Technological Business Incubator, economic prizes of 200 thousand pesos for the first place, 100 thousand for the second and 50 thousand for the third.

Learn more about these projects!

The search for the best sound 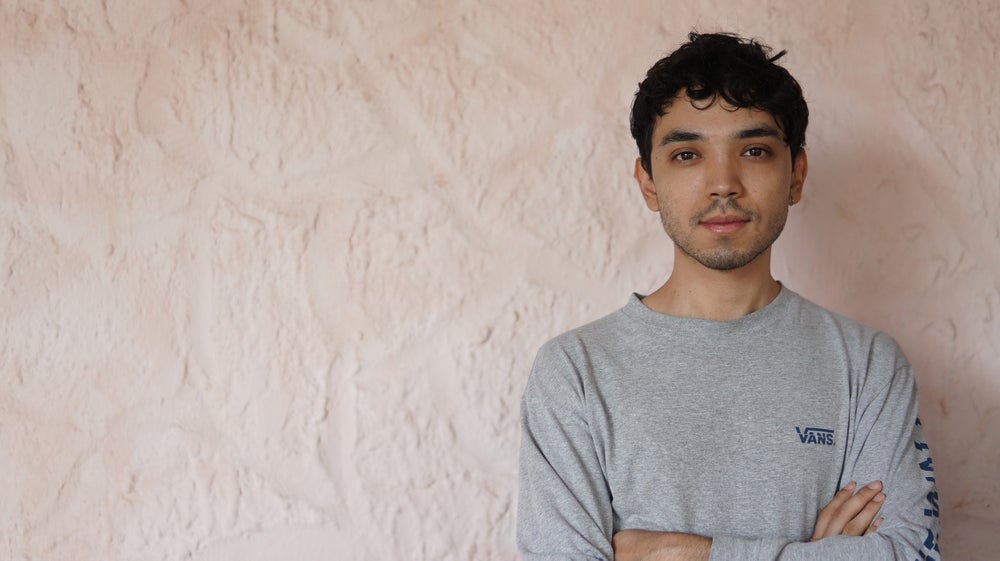 Multi-instrumentalist musician since he was six years old and passionate about jazz, Yeremi Dennis González has always been in search of playing and creating art with his own instruments. That personal inquiry led him two years ago to buy tools to design and manufacture his own electric guitars, a project that began as a home workshop and progressed to a business idea, Dennis Guitars, with which he won first place in the Contest. High Impact Entrepreneurship 2021.

“I didn’t expect it (to win) and I don’t believe it yet, but the process helped me a lot for the development of my company. If it weren’t for the competition, issues such as the monetization scheme, market study, unit cost and other topics, I would not have developed them, “said the fifth-semester student of ITESO’s Bachelor of Architecture.

The sanitary confinement by Covid-19 affected the income of many musicians due to the cancellation of massive concerts. However, Dennis allowed him to deepen the craftsmanship of his guitars, using cheaply available woods such as swamp ash and Honduran mahogany to design the body of the instrument, and Pacific maple and tzalam for the arms.

Dennis electric guitars are in the process of having their own distinctive sound that sets them apart from others on the market. To do this, it develops pickups with different designs and neodymium magnets that allow a more powerful sound. In addition, the finishing process does not use shellac, so that “the resonance is more natural and there is no interference between the sound waves,” he explains.

Board game to be inclusive 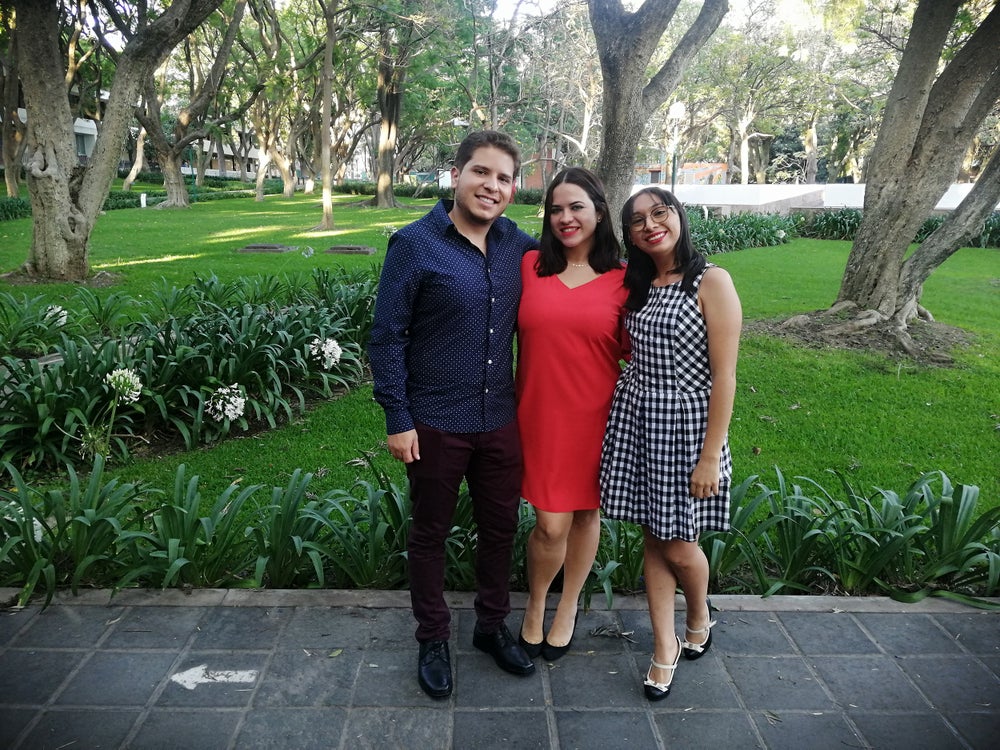 Monica, an adult over 63, lost her vision due to glaucoma and needed help to start a new life learning to communicate through the Braille system. Sofía Morgenroth , a graduate of ITESO’s Bachelor of Psychology, helped her acquire this language by adapting some plastic cubes to facilitate the process. This material also allowed Monica to learn Braille independently, since the studies only allowed Sofia to see it once a week.

This seed sown two years ago in a Professional Application Project (PAP) germinated in Idélu , the first brand in Mexico to create psychoeducational board games that promote inclusion through the learning of Braille and sign language for people with hearing disabilities. The success of the idea was reflected in the second place obtained in the High Impact Entrepreneurship Contest.

“It has been an exciting process to create my own work and products to help patients and more people build bridges and interact with people with disabilities, and break paradigms, stereotypes and negative limitations against them,” sums up Morgenroth, second place winner of the High Impact Entrepreneurship Contest 2021 with his colleagues Nataly Salazar, a Computer Systems Engineering student at ITESO, and Diego Pintor, a Financial Engineering student.

Idélu, registered as a company only in January of this year, already has a board game on the market: Sprooch. It is a memory game with 81 letters, 27 with the braille alphabet, 27 with the sign language alphabet and 27 with the Latin letters. It is aimed at all audiences, from people with disabilities to psychologists, teachers in special education or family members who want to teach their children or learn inclusive languages on their own. 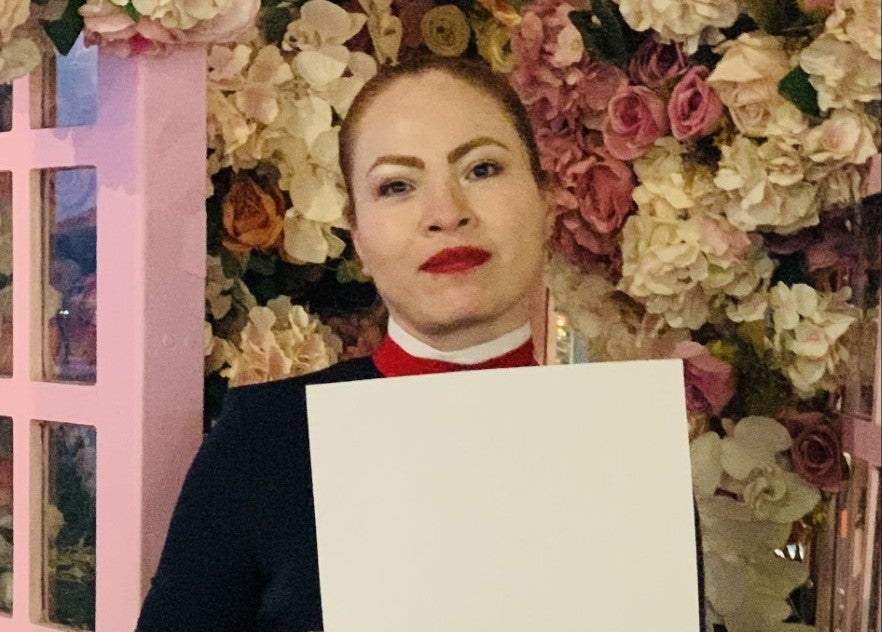 Ostrich bone matrix is considered a waste product by hatcheries. However, research shows that this component can be used to benefit human and animal health. Now these findings can be crystallized as a business idea, since the researcher Cecilia Erika Ramírez Alba won third place in the 2021 High Impact Entrepreneurship Contest.

The first use is to manufacture implants that restructure or regenerate the tissue of the fallopian tubes after an ectopic pregnancy , which is when the human embryo is housed outside the womb, usually in a uterine tube, making it impossible to continue with a normal pregnancy and causing complications to the woman such as intense pain in the abdomen or vaginal bleeding. Although it is not a problem that happens very frequently, it is imperative to take care of it quickly through surgery.

“The uterine tubes are a tissue that does not regenerate but heals by scarring, and this makes the tube dysfunctional, so an implant is required to make them functional,” explains Ramírez.

The second finding is the reuse of ostrich bones to manufacture a nutritional supplement aimed at healthy bone growth in large breeds of dogs such as Great Danes, which with this product would obtain nutrients that they do not have when consuming generic kibbles on the market.

In both cases, Ramírez and his team will carry out their first tests with animals before extending their products to humans, as demanded by the Federal Commission for the Protection against Sanitary Risks (Cofepris). Regarding implants, the species in which they will be tested before applying them to women’s uterine tubes in 2022 is being defined. Regarding the food supplement for veterinary use, it is expected that after the official endorsement its impact on the market will help to achieve financial sustainability that allows implants to be positioned.

Another tangential benefit of the market introduction of the product derived from ostrich bone matrix is the benefit it will generate in the economy of Jalisco, especially among the farms of this long-necked animal, which tend to miss the properties of this material and are focus on producing eggs or meat.

How to Give Your Two Weeks Notice with Examples

The Ultimate Guide to On-Page SEO in 2022

How to Make a QR Code in 5 Easy Steps