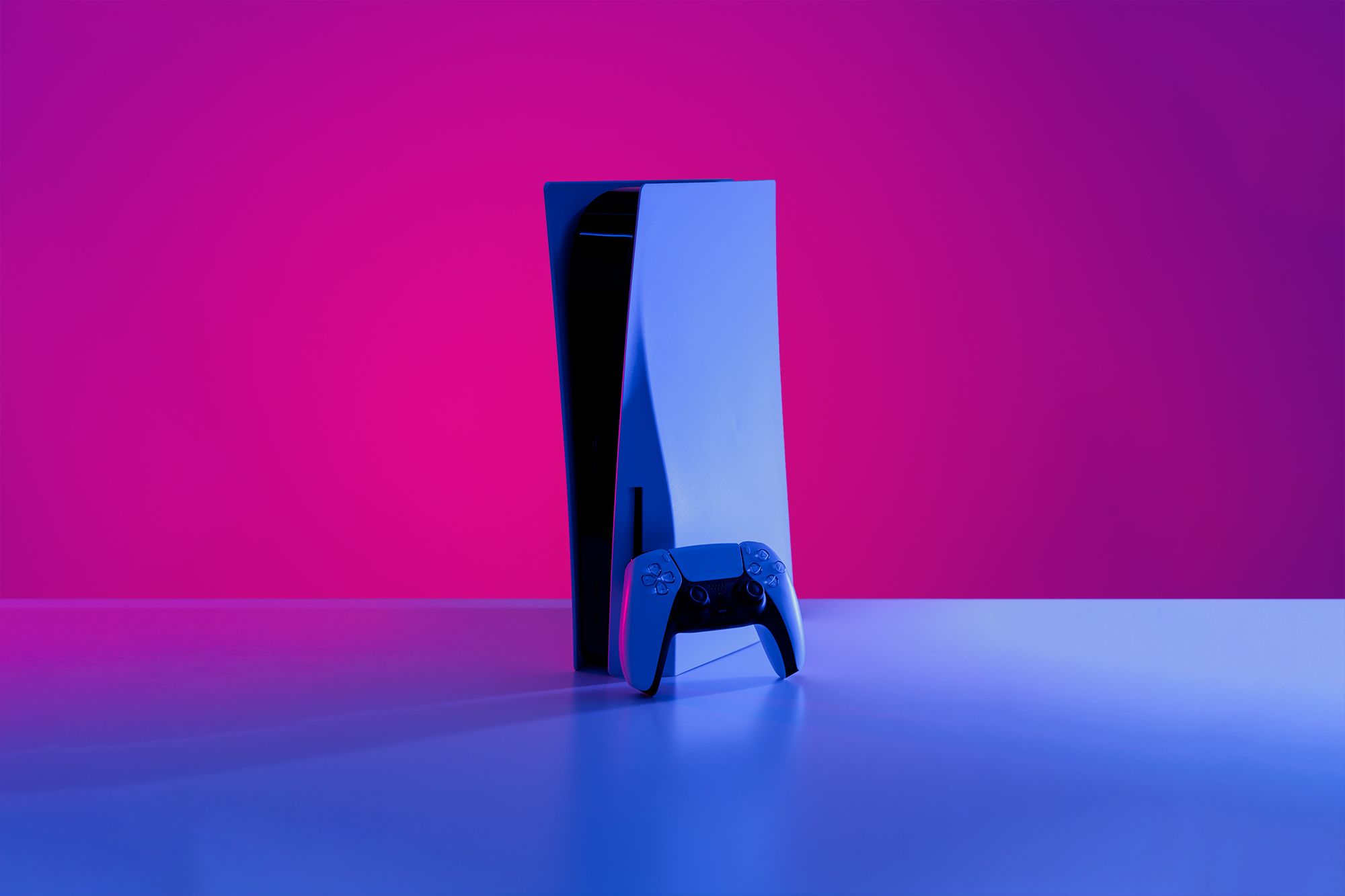 “Sony’s PlayStation 5 is the next-gen console to buy this generation.”

The expectations for Sony as it went into the current console cycle were preposterously high. The PlayStation 4 was a rousing success, and gamers are anticipating the company will open new, previously unimagined possibilities with its next-generation system.

The PlayStation 5 not only met those expectations, it made them seem conservative. With lightning-fast load speeds and innovative (and captivating) changes to the DualShock controller, the PS5 sets the bar for the next generation of gaming.

initially reviewed the PlayStation 5 over the course of just under two weeks, but this review has since been updated in 2022. This review focuses on the larger $500 Blu-ray drive version of the console, but Sony says that is the sole difference between this model and its smaller $400 brother, the so-called Digital Edition. While we originally were only able to test a handful of games, we’ve since put the console through its paces via a string of exclusives and PS Plus titles. Nearly two years later, we’re still as high on the PS5 as we were at launch.

Sony, from the very beginning, has said the PS5 is about speed. But until you experience it, it’s hard to convey just how big a difference speed can make.

Marvel’s Spider-Man: Miles Morales loads in seconds — and once you’re in the game, you’ll never experience a load screen of any sort, even when you take the subway. Want hints and tips for the game that usually populate loading screens? You’ll have to find them somewhere else.

That optimization is also apparent in other Sony-published titles, like Horizon Forbidden West. It adds tremendously to the immersion factor of games, and it positively impacts the flow of the story in narrative titles. Jumping into games quickly is just as satisfying.

It’s interesting to note this perceived difference in performance stems from software, rather than hardware. Technically, Microsoft’s Xbox Series X is the more powerful console, though the PlayStation 5 has an edge in storage performance. The Xbox lacks a strong exclusive library, however, and relatively few last-gen games take full advantage of the new console’s capabilities. This gives the PlayStation 5 a big advantage even two years on.

The PlayStation 5’s physical design can be a problem. It’s a honking big piece of hardware, and if you opt to place it horizontally, the stand (which is necessary to correct for the system’s curved sides) does not lock onto the back panels. As a result, you will have to worry about slippage if you’re adjusting the cables. You won’t want to put anything on top of it, either. Should you choose vertical positioning, you’ll have a mini-skyscraper near your TV, which, depending on your room layout, could be jarring.

Microsoft’s Xbox Series X is a smaller, squatter console that isn’t quite as imposing, but its boxlike shape will still mean trouble for the average A/V cabinet. Gamers with limited space for a console may instead consider the Xbox Series S, which is much smaller than the PlayStation 5 or Series X and has a more traditional slate-like shape.

The PS5’s Achilles’ heel is storage space. Due to the proprietary solid-state drive and the size of the operating system, players will only have 667GB of the 825GB hard drive available for games. That is a paltry amount that will result in the same headache players faced with the PS4. They’ll have to choose which titles to keep on their system, and which to delete (even if they can redownload them in most cases).

Most recent PlayStation 4 owners no doubt bought the PS4 Pro, which shipped with 1TB of storage space. Discounting the storage reserved by the system, a PS4 Pro 1TB offered about 862GB of available storage. The PlayStation 5 is quite far behind that, despite the ever-inflating size of AAA games.

Owners can expand that amount by buying and installing an NVMe PCIe 4.0 SSD. The console has an open SSD slot for just that purpose, and we’ve put together a list of some of the best options you can find. These are the only hard drives that will let you take advantage of the PS5’s load speeds. A typical NVMe PCIe 4.0 SSD is about $200, which isn’t cheap. On the plus side, it’s a bit less than the $220 storage cards used by Microsoft’s Xbox Series X and S consoles.

The controller: It’s a win

If load times are the primary weapon of the PS5, the new DualSense controller is the secondary. And it’s impressive.

Slightly larger than the DualShock 4, it refines haptic feedback, incorporating a precise sense of touch into the video game experience that force feedback never did before. This could become hokey (and, in fairness, it might in years to come), but for now, it adds another layer to games, increasing player immersion.

Struggling to pull open a heavy door or draw a bow? The hand triggers can convey that tension. Had a rough landing as you drive over a hill or a slog through a muddy area? You’ll know it. This new haptic feedback is a subtle thing that, like the lack of load screens, you’ll soon take for granted. You won’t realize how quickly you’ve gotten used to it until it’s not there.

So far, the special features have been hit and miss. Some games are a little too overeager to play with the adaptive triggers, making them physically difficult to play. But the handful of games that really take advantage of the controller show just how special it is. Returnalfor instance, uses haptic feedback incredibly well, letting you feel every drop of rain or simulating a parasite squirming in your hands. Moments like that make the PS5’s experiences unlike anything on the market today.

A new built-in microphone is less useful in most games but will allow you to briefly chat with friends without a headset.

The cost of this new functionality is battery life. The DualSense has a rechargeable battery (versus the Series X’s reliance on AA batteries), but we found that charge to drain quickly. Charging via the PS5’s USB rarely resulted in a full charge, whether in standby mode or if left on at full power. A separate charging stand, provided by Sony, did charge the controller fully.

Games and software: The star of the show

Microsoft found itself in the awkward spot of having to debut a new console without a first-party launch title, but Sony was in an enviable position initially.

Marvel’s Spider-Man: Miles Morales is terrific fun that showcases many, if not all, of the PS5’s features. Its story is on the short side, but there are plenty of side missions to stretch things along. The bundled Astro’s Playground is a hidden gem of a platformer, loaded with Easter eggs that hark back to a stripped-down Super Mario Bros.while still acting as a walk-through of the PS5 controller’s new features.

Those games alone made for a strong launch, but Sony has done an excellent job of pushing the momentum since then. The console has had several exclusives since then, all of which are high quality. Ratchet & Clank: Rift Apart is one of the best platformers you can buy, and it’s a technical powerhouse. Horizon Forbidden West is a mesmerizing open-world game, even if Elden Ring ate its lunch at launch. Grand Touring 7 has some microtransaction hiccups, but it’s an excellent racing simulator for those who want to push the console’s power. The PS4 excelled thanks to its constant string of hits and that’s held up for Sony so far in the PS5 era.

On top of that, Sony recently relaunched its PS Plus service, giving subscribers access to over 700 games. That includes some retro titles dating back to the PS1 era. While it’s not as compelling as Game Pass, it’s a much-needed service that gives PlayStation fans something to do in between all the big-ticket games. Sony has a better ecosystem built now than it did at launch, which has only made the PS5 a stronger value.

The PS5 is still the system to beat in this console generation, but while previous cycles had a clear path forward, this one is much cloudier. Specifically, cloud gaming is a delivery method that’s gaining traction among publishers, just as digital delivery did in the early 2010s.

Microsoft has embraced that technology, letting users play virtually any Xbox game through whatever device they own (so long as they have Xbox Game Pass ultimate). Sony has its own cloud integration with PS5, but despite buying two innovators in the market (OnLive and Gaikai) long ago, the company has failed to do much to energize its base and build that business.

Will cloud gaming make console power less relevant in the years to come? It’s hard to say. Gamers are skeptical of the technology, fearing lag, but the spread of high-speed internet could erase those concerns. And if cloud gaming truly becomes a significant delivery method, Sony could find itself behind the pack as Microsoft brings Xbox to just about every device.

That’s the future, though. For now, Sony has delivered a terrific next-generation console, complete with at least one must-play, system-selling game. It has managed to build on the momentum of the PS4, innovate without reaching too far, and gives gamers a beacon of hope in a year where that has been spotty at best.

The PlayStation 5 is everything gamers wanted — and more. While storage space is a real concern and Sony’s long-term view of industry shifts is questionable, there’s no denying that this is a true next-generation machine. It makes existing games more fun and has a strong library of exclusives that’s only expanding.

No. The PS5 beats the competition handily and makes the PS4 seem almost archaic.

Expect a long life from this system. The biggest hurdle is the shift to cloud-based gaming. If that happens quicker than industry insiders expect, Sony could have a hard time keeping up with Microsoft.

Should you buy one?

Yes. The PlayStation 5 is a game system that lives up to the next-generation label.