Josep “Pep” Guardiola Sala professionally known as Pep Guardiola is a Spanish professional football manager and former player, who is the current manager of Premier League club Manchester City. He is considered to be one of the greatest managers of all time and holds the record for the most consecutive league games won in La Liga, the Bundesliga, and the Premier League. Before announcing his retirement from football, he was regarded as one of the best footballers and midfielders in the entire world. He was a defensive midfielder who usually played in a deep-lying playmaker’s role. He spent the majority of his career with Barcelona and was part of the club when it won the 1992 European Cup and four consecutive Spanish league titles from 1991 to 1994. He later captained the team from 1997 until his departure from the club in 2001.  After leaving Barcelona, he had stints with Brescia and Roma in Italy, Al-Ahli in Qatar, and Dorados de Sinaloa in Mexico.

On the international level, he has represented Spain at various age levels. He has represented Spain at U21, U23, and the senior level. He made his senior debut on 14 October 1992. He captained the team that won a gold medal at the Barcelona Olympic Games. He was capped 47 times for the Spanish national team and appeared at the 1994 FIFA World Cup, as well as at UEFA Euro 2000. He also played friendly matches for Catalonia.

In 2008, just two years after his retirement as a player, he started working as the manager of Barcelona and led the team to several honorable title wins over the next few years. In 2011, he was named the FIFA World Coach of the Year. In 2013, he was appointed as the manager of Bayern Munich and helped the club to secure many titles. Currently, he is the manager of Manchester City and is widely regarded as the best coach in the world. 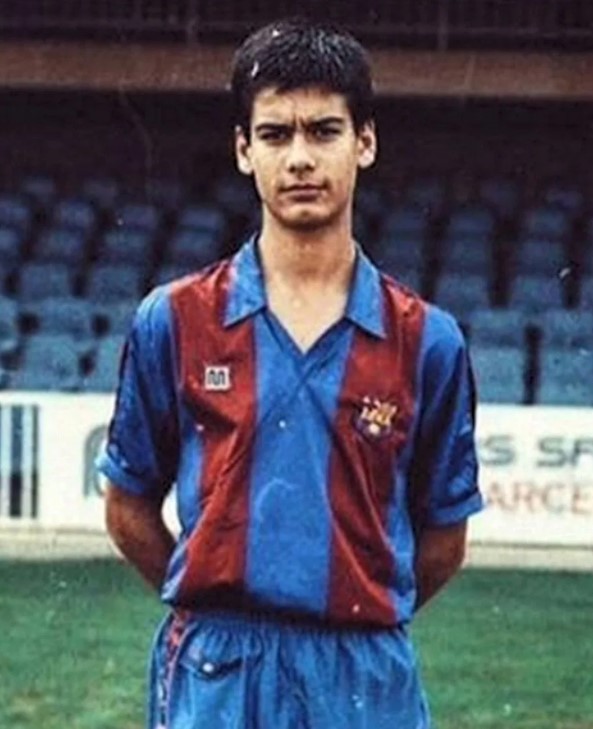 What is Pep Guardiola Famous For? 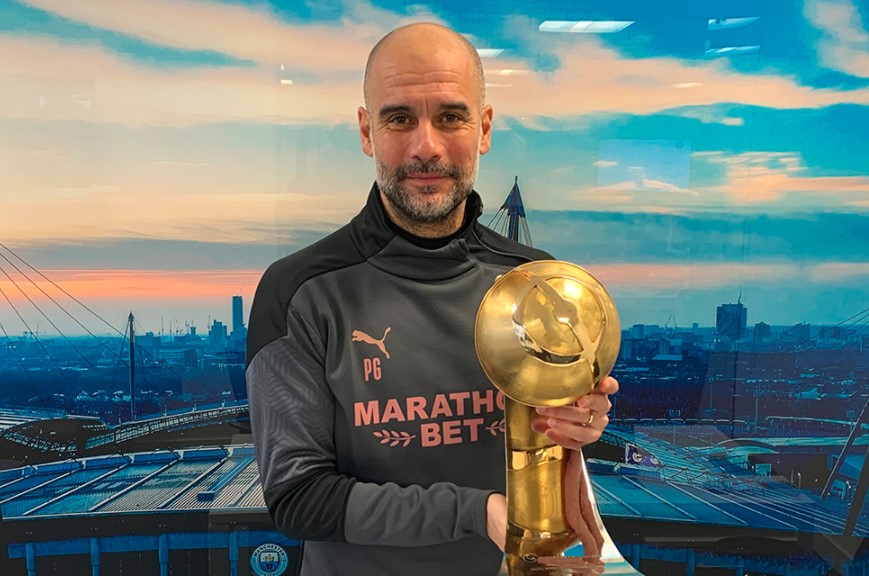 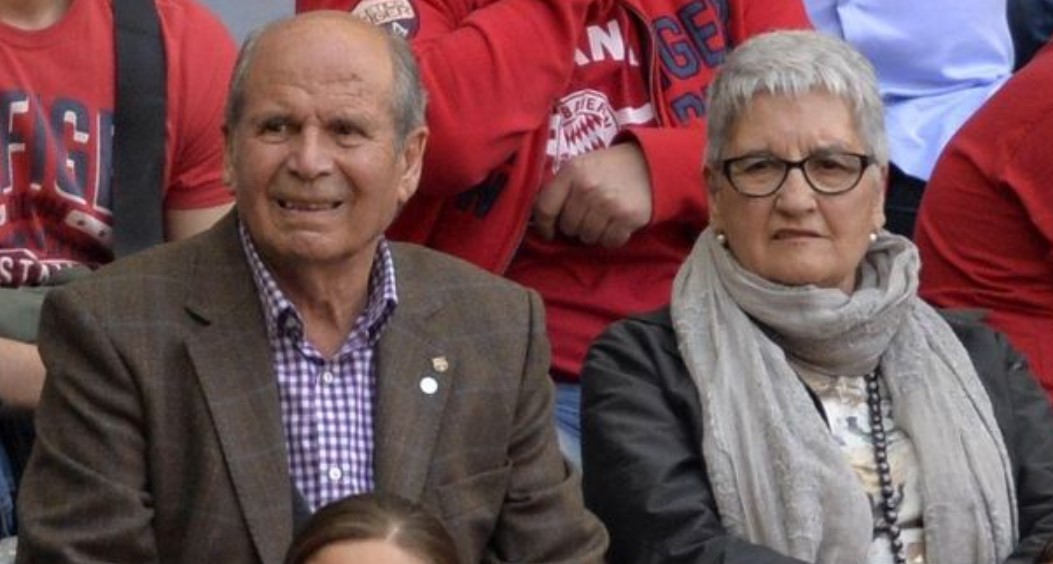 Where is Pep Guardiola From?

Pep Guardiola was born on 18 January 1971. His birth name is Josep Guardiola Sala. His birthplace is Santpedor, Spain. He was born to his father, Valenti Guardiola, a retired bricklayer, and his mother, Dolors Sala Guardiola, a salesperson. He grew up with his two sisters, Olga Guardiola, Francesca Guardiola, and a younger brother, Pere Guardiola, who is widely known as one of the best football agents in the world. He holds Spanish nationality. He belongs to the white ethnicity. He is non-religions. He is an Atheist and doesn’t believe in the existence of God. His horoscope sign is Capricorn. 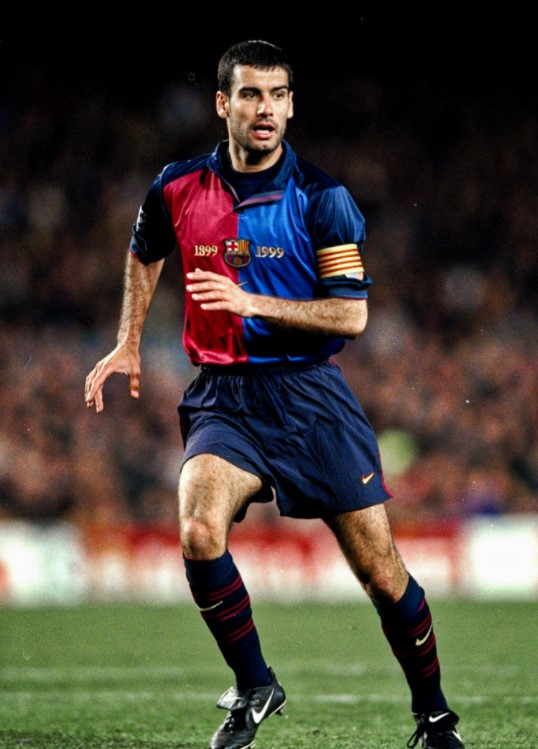 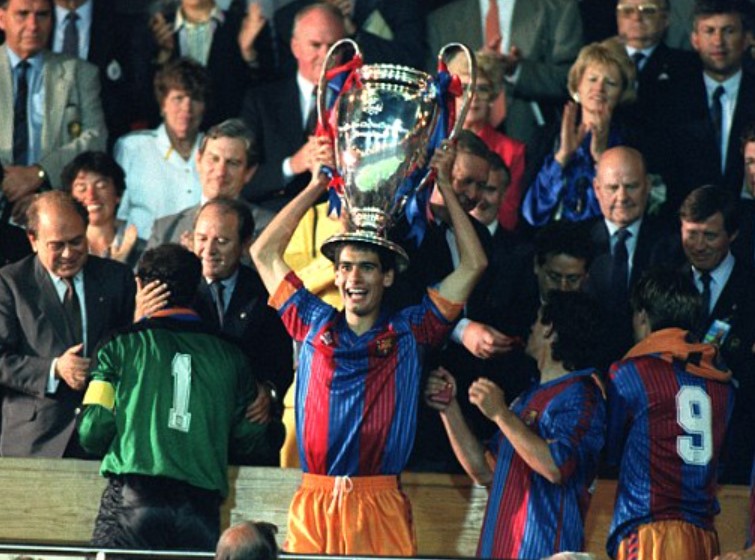 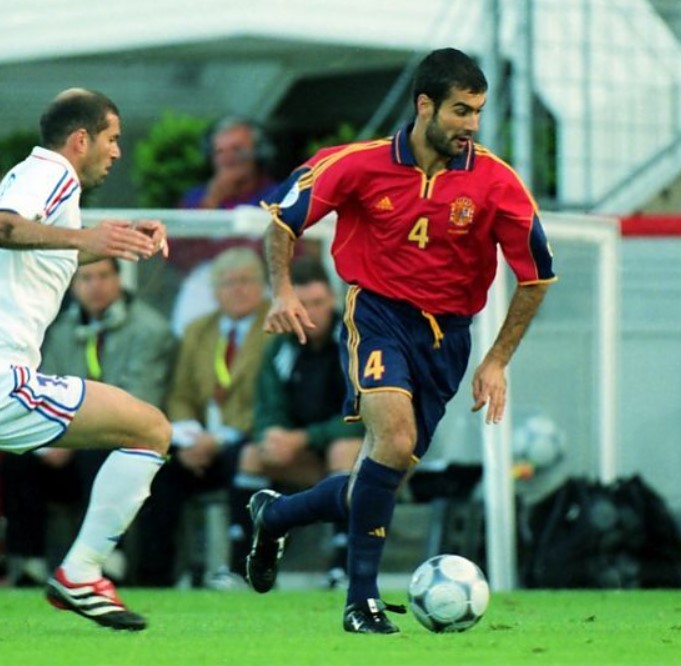 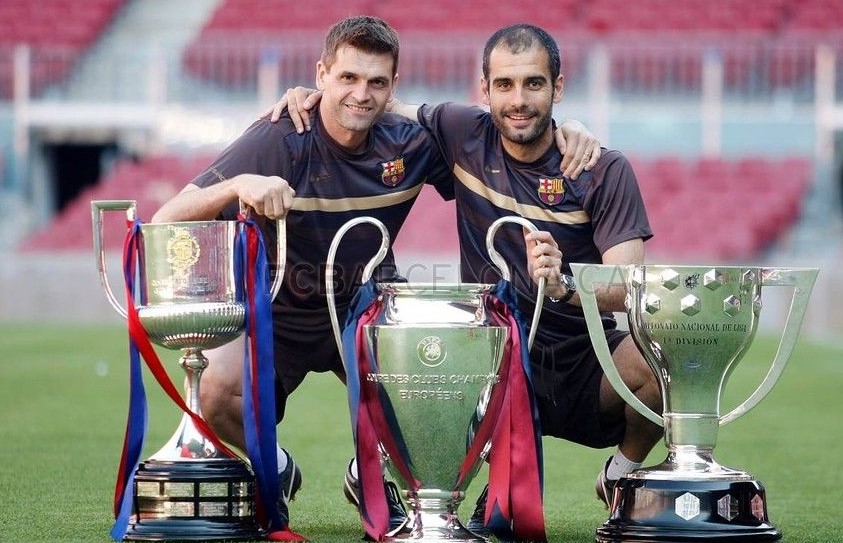 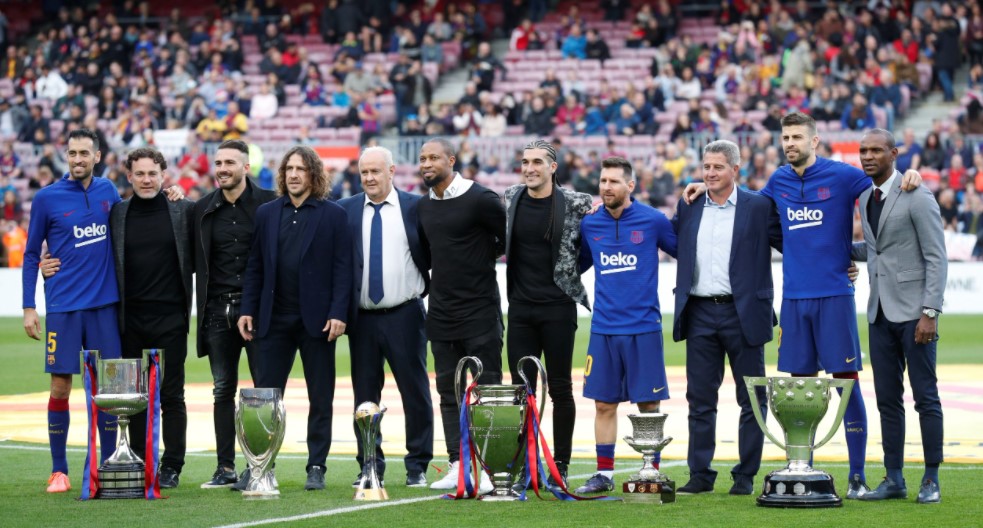 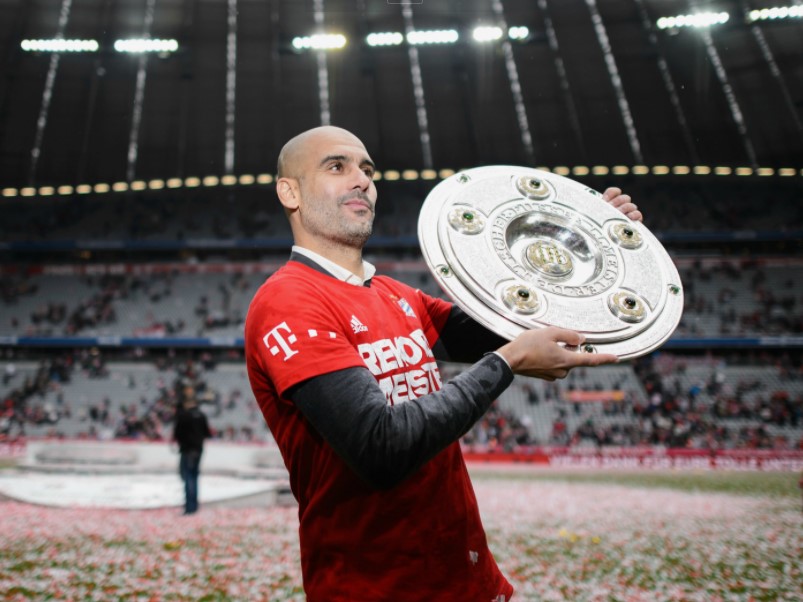 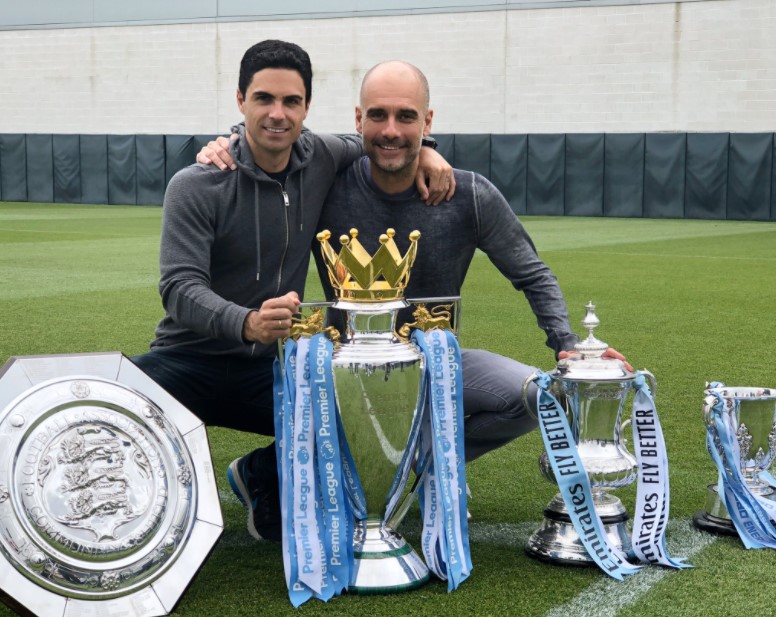 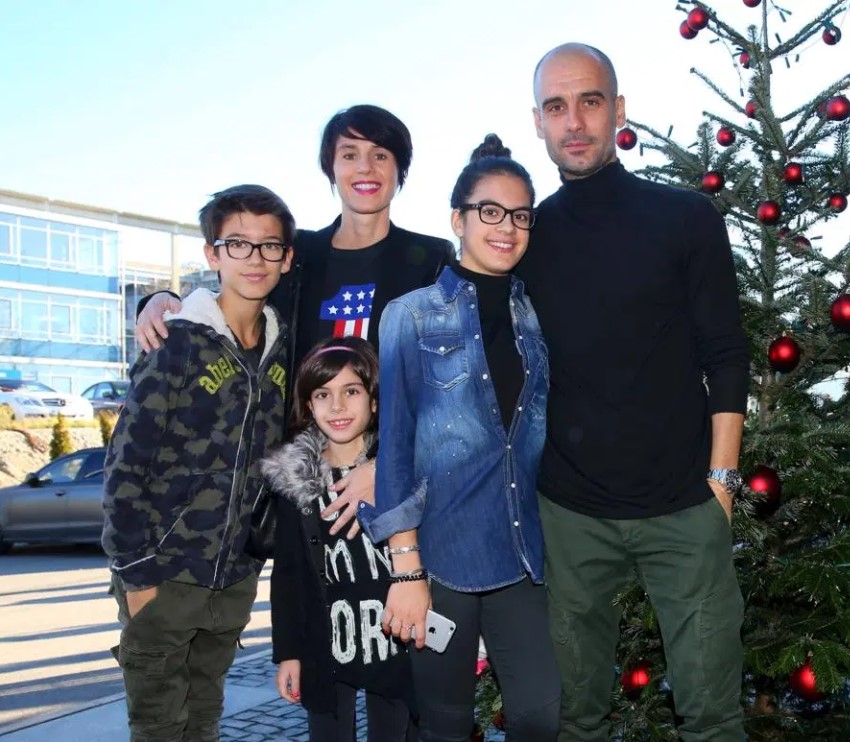 Looking at his personal life, Pep Guardiola is a married man. He got married to his longtime girlfriend, Cristina Serra in 2014. He met his wife when he was just a teenager. He tied the knot with his wife while he was in Germany with Bayern Munich in May 2014. They had a quiet wedding ceremony which was attended by close friends and family in the municipality of Matadepera, a town close to Barcelona. The couple is blessed with three children, Maria, Marius, and Valentina Guardiola. He is having an intimate relationship with his love and children. They are living their life happily together.

Pep Guardiola stands at a height of 1.80m i.e. 5 feet and 11 inches tall. He has a bodyweight of 76kg. He has an athletic body build. His eye color is brown and his hair color is black. His sexual orientation is straight.

Pep Guardiola Net Worth and Salary