Paige Bueckers is an American college basketball player who is well known for playing point guard for the UConn Huskies of the Big East Conference since 2020. Having her career started as a basketball player since she was in seventh grade, Bueckers has managed to come a long way up becoming a consensus five-star recruit and the number one player in the 2020 class.

She even was able to make her varsity debut the following year she marked her presence for Hopkins. She has played many matches even winning several high school national player of the year awards along with the three gold medals with the United States at the junior level.

With her consecutive scores and plays, she was even named Most Valuable Player of the 2019 FIBA Under-19 Women’s World Cup. She was also honored as USA Basketball Female Athlete of the Year on December 10, 2019. Besides, she is active on social media sites with over 652k followers on Instagram: @paigebueckers and over 37.5k followers on Twitter: @paigebueckers1.

What is Paige Bueckers Famous for? 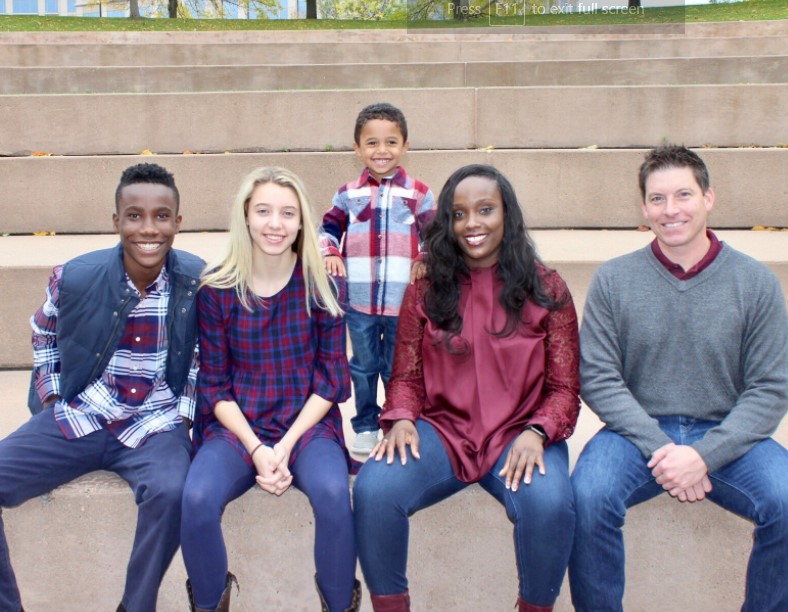 Where is Paige Bueckers From?

Paige Bueckers was born on October 20, 2001, in Edina, Minnesota, United States. Her birth name is Paige Bueckers. Her nationality is American. Bueckers belongs to the White ethnicity while Libra is her zodiac sign.

Paige Bueckers was born as the eldest child to her parents; Bob Bueckers(father) and Amy Fuller-Dettbarn(mother). Both of her parents are into sports as her father, Bob also used to play as a point guard for the High School Basketball while her mother, Amy also had represented the University of St. Thomas in track and field.

Her parents however got divorced when she was just 3 years old, following which her mother got remarried and moved to Billings, Montana.

Bueckers grew up along with her three younger siblings; two brothers; Ryan and Drew and a sister, Lauren. Belonging to a family with a sports background, she developed an interest in sports since her childhood as she played various games including basketball, baseball, American football, and soccer. Her father was the one who coached her till she was in grade seven.

When she was in seventh grade, she used to play for the tenth grade and junior varsity basketball teams at Hopkins High School eventually joining Hopkins’ varsity team in eighth grade. During her junior season, she led the team to the Class 4A state title as well where she was named to the All-Tournament Team. 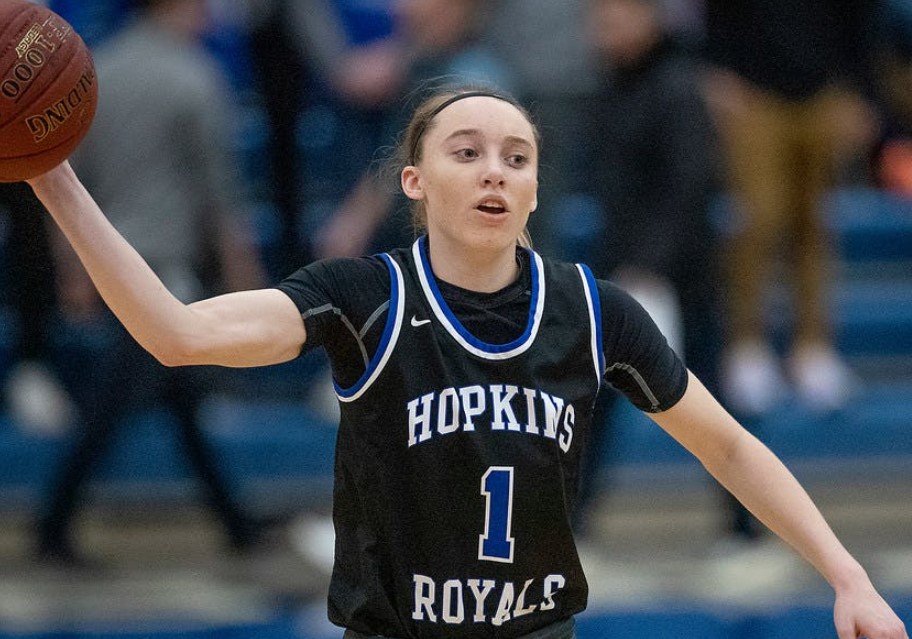 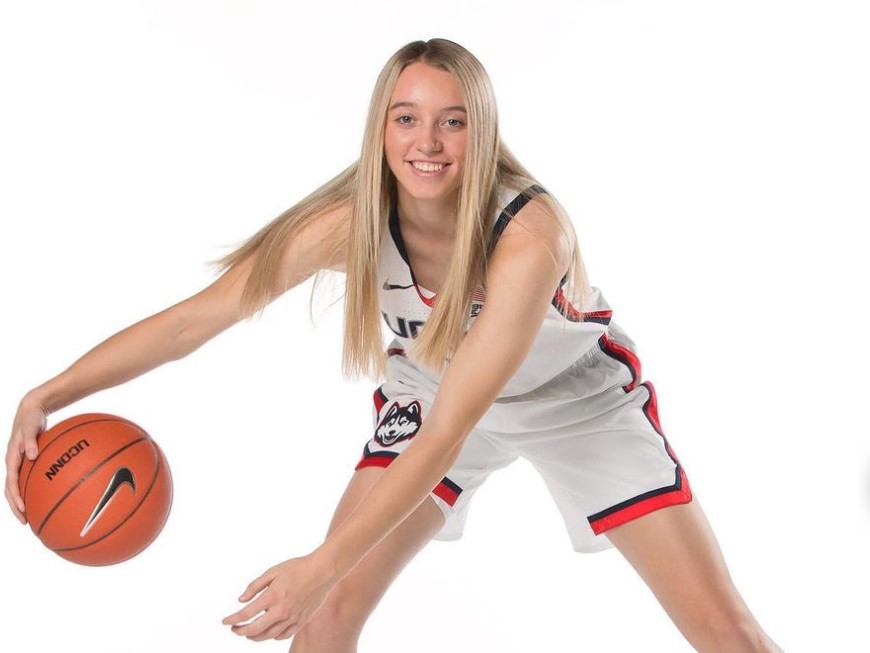 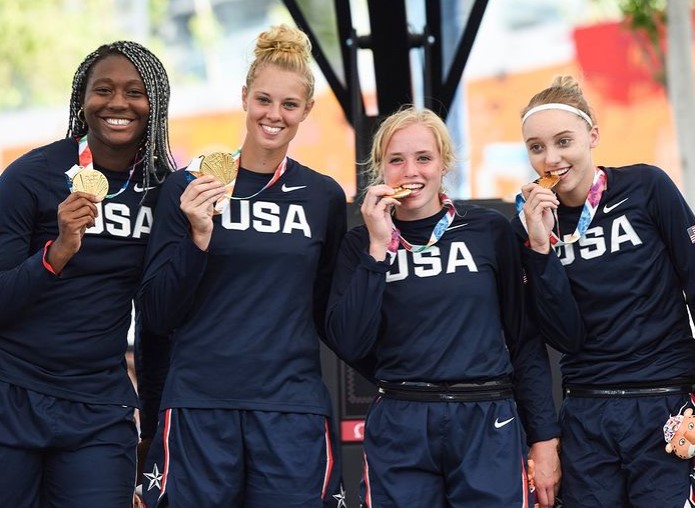 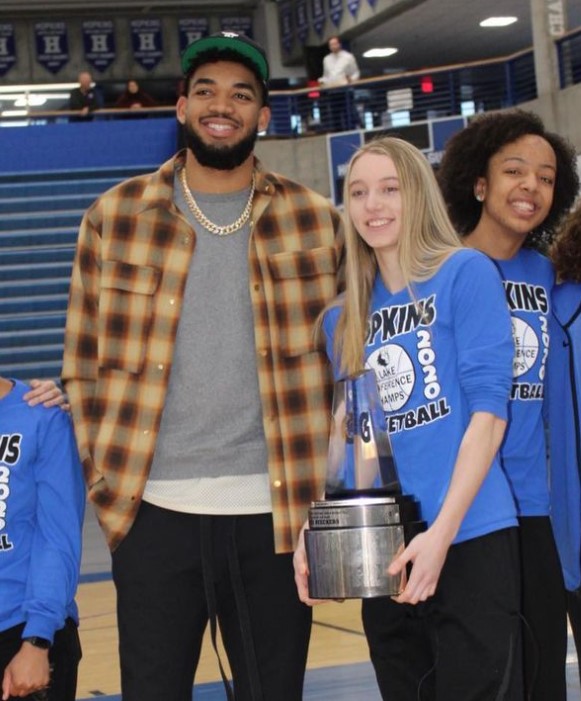 Paige Bueckers is currently single. She seems to be more focused on her career at the moment.

Paige Bueckers has quite good earnings from her professional career as a college basketball player which she started playing in 7th grade. With her wins and valuable scores in each match that she has played for the last 4 years, Paige has managed to amass a healthy fortune. Her net worth is estimated to be around $250k.

Paige Bueckers is a beautiful lady with a well-maintained athletic body physique even in her late teens. She stands tall with a height of 5ft. 11inches.(1.80m) while her body weighs around 64 kg(140lbs).