The first name came with ease. We chose Zachary for a boy and Taylor for a girl. I sat across from my husband at the restaurant after spending seven weeks scrubbing magazines and all the baby name books we could find. We finally hit the Zs. “Zachary,” he said, passing the guac and the tokens. It was a good name, a strong name. It meant, “the Lord has remembered,” and although we are not religious, we liked the way it sounded.

We also had him pass the name test. How could others change Zachary’s name? How would it affect our firstborn when he was named after him for years on the playground, at school and as an adult at work? Would Zach make fun of him or be intimidated because of his name? I imagined an old man Saturday Night Live sketch the names of the babies and how careless parents could heal their children for life. Zachary seemed both safe and interesting. When my family congratulated us all on the name, nodding their heads at the dinner table, I knew we had made the right choice.

I expected resistance with the name of our second child, although the name of our little girl with pink cheeks, Cameran, is actually much better than I thought. “She’ll be fine,” commented my aunt when someone hesitated to use a predominantly male name for a woman. Her reasoning was simple: “Cameron Diaz is a fantastic actress.” My family even tried to help us by suggesting using an “y” instead of the typical male spelling with an “o”. Although my husband vetoed and went with an “a”, change Cameron to Cameran, we thanked them for the suggestion.

With the birth of my third child, we flew between Kyle and Cullen. My family expressed extreme disgust for our choices. “For a little girl?” asked the grandmother who raised me, wondering how I could impose such punishment on the involuntary unborn child I was carrying. Grabbing one of the baby name books, she discovered that Cullen was the name of a boy of Irish descent meaning “holly tree”.

While Cullen was originally considered a male given name, Kyle also of Irish descent was actually considered a unisex name. It was not important. I liked the name regardless of its origin or meaning. And after giving birth to two children, I felt confident enough to know that the decision to name my child was mine and my husband’s.

Four names. Four children. Each time, I was right.

And the morning of our daughter’s birth, when the nurse placed her in my arms, we were sure she was a Kyle. When my family met her, arriving for a visit a few days after her birth, they still did not understand why I would choose to name such a little girl. I made sure my family was of a different generation, the one with more traditional opinions on names.

Four children, each with a name that fits perfectly.

“Wouldn’t she have made a sweet Molly or Jane?” asked my grandmother. I bit my tongue as I should once again a year later with the announcement that we were pregnant with our fourth.

“Another Irish name?” My Italian family asked for Christmas. Sitting across from them, I replied, “Well, actually, it’s English.” Brooks meant “a stream”. Of course, I asserted myself once again that the meaning and gender associated with the names did not matter.

What mattered was who we thought our child was. I had grown each of these humans inside my body for nine months, sleeping with them cradled with me, watching them form and move and take milestones before they even entered the world. I knew who they were even if my family didn’t know it yet. Four names. Four children. Each time, I was right.

“What a perfect family you have,” said my grandmother when she was holding Brooks for the first time. “He looks like a Brooks, and even though I wasn’t sure about Kyle, I can’t imagine him like anyone else. She is exactly who she was supposed to be.”

I couldn’t have agreed more.

Every baby gets the “right” name at the end

I had no entry in my baby’s name 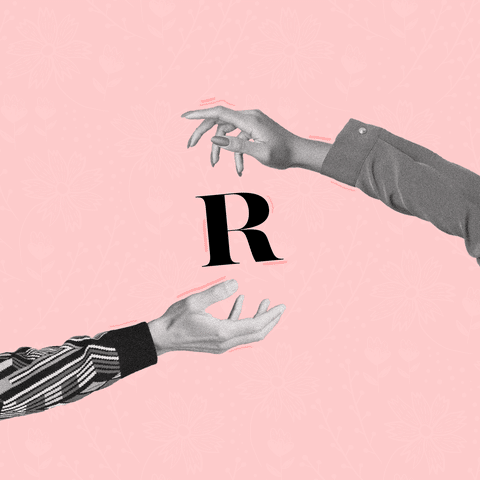 Nicole Johnson
Nicole Johnson is a freelance writer whose work has been featured on Al Jazeera, SELF, The Huffington Post, The Washington Post, Redbook, Parents, Ms., Yahoo, MSN and Vox Curbed.