A commentator enthusiastically recounts the action, out of breath describing which marble is winning.

As of this writing, this is a video that has garnered 34 million views.

With the world of sports in disarray – in the midst of the coronavirus pandemic – is it time for the marble races?

What is beyond doubt is that in a world of anxiety and fear, marble racing is a soothing distraction. His fans even include former English footballer Gary Lineker.

The viral beach video clip dates from 2016 and comes from a YouTube channel called Jelle’s Marble Runs (JMR), an original idea of ​​the Dutch brothers Jelle and Dion Bakker.

Originally, younger brother Jelle did normal walks, but Dion suggested he should be more adventurous.

“All the marbles have gotten pretty boring,” Dion told CNN. “I told Jelle that maybe we should just try some competition videos. So he did it and it worked very well!”

The brothers started with the Marble Sand Rally and after that they went viral, they invented the Marblympics – which is now called the Marble League after a meeting with the International Olympic Committee.

The Marble League is an annual tradition which consists of 16 events where 16 different marble teams compete.

Teams have different colors and identities with their own fans.

Teams include the Green Ducks, O’Rangers and Raspberry Racers.

The league has a vibrant community page on Reddit where fans post memes, videos and support their favorite team. 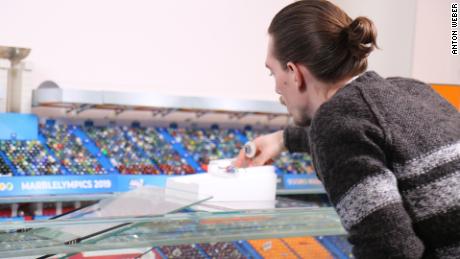 But is marble racing a sport?

“It’s pretty serious now,” said Dion as he launched into a passionate defense of marble racing. “People see it and experience it as a sport, a real sport.

“It blew me away, people see it that way.”

He might be right; Last year, the Marble League was featured on ESPN8: The Ocho, a 24-hour takeover of ESPN2 inspired by the 2004 film “Dodgeball: a true underdog story” which features “rarely seen sports” . He also appeared again in this year’s takeover.

In the past, JMR even worked with a betting company that broadcast races live with viewers capable of betting on the result in real time. 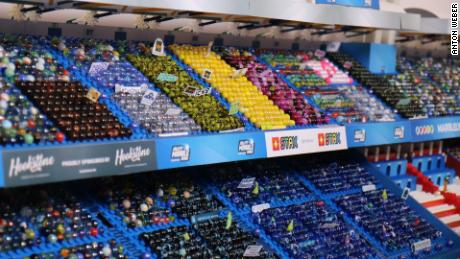 Dion believes there has been an upsurge in interest as people have found comfort in sport amid the coronavirus pandemic.

“It sucks you into another world free of war and everything in the human dimension, I think it’s the magic of it,” he says.

“It brings relief. I have a lot of messages and DMs from fans thanking us for the videos and what we are doing right now for them.”

Last week, the YouTube channel recorded 3.8 million views and gained more than 78,000 new subscribers.
During the same period, the chain Twitter next doubled and Instagram next tripled. 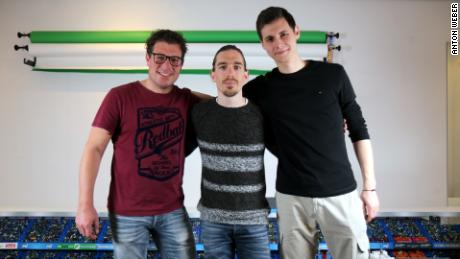 The genesis of this series of marble races began more than 30 years ago in the backyard of the brothers’ grandfather’s house.

“Jelle built the marble tracks and I started to help,” says Dion. “It was when he was four. Most people with autism have a concern, something they just want to repeat and it was one of his [Jelle’s] Activities. ”

In an interview with VICE in 2016, Jelle said that his form of autism meant that he was “really interested in moving things, sounds, lights, etc.” and that the construction of marble tracks and ball races played perfectly.

Fast forward to 2020 and Jelle does it full time alongside American commentator Greg Woods.

Meanwhile, Anton Weber of Germany – known in the community as Mellacus – is the full-time PR and community director, which he does in parallel to his duties as chairman of the Jelle’s Marble Runs Committee ( JMRC).

The JMRC is made up of collaborators and fans from around the world.

The chain also has a Greek composer and a Belgian designer.

“It’s a decision we made to have people everywhere,” says Dion.

“It’s fun, it’s cool, it’s fun to have contact and communicate with people around the world.”

In addition to organizing the Marble League, the inaugural season of Marbula One is currently published weekly on YouTube – and in the same way as Formula One – has qualifications on Saturday and is played on Sunday.
Jaylen Brown: Amid pandemic, ‘people of color are suffering the most,’ says NBA star

There are time intervals, while the point system also reflects F1.

Building circuits can take up to three days, filming taking another day, but according to Dion, it can go much faster, Jelle sometimes being able to do two races in one day.

“If it has its flow, it’s going very well,” he says. “Sometimes it blocks [due to his autism] and it’s too much.

“Too many impulses and reactions from the outside, and it can block a bit.”

In the midst of the current upsurge in interest in marbles, Dion has high ambitions for the series.

“I also hope to broadcast Marbula One on American television. It would be very cool.”