Livestreaming App Periscope Will Shut Down on April 1 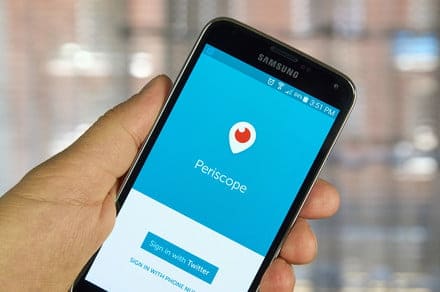 Livestreaming app Persicope is closing down on April 1, owner Twitter has announced.

We’ve known since December that six-year-old Periscope was on its way out, though a specific date for the closure wasn’t given until now.

The app has already been taken down from app stores, but for those who still have it on their phone, most of its functionality will end on April 1. The Periscope website, meanwhile, will stay online for now, acting as an archive for content posted on the service from over the years.

If you have videos on Periscope that you want to save, you can download them via Twitter.

On Wednesday the team posted a goodbye message. “We leave you with our gratitude for all the creators and viewers who brighten the Periscope community,” it said. “We hope to see you all live on Twitter.”

This is it. Our final goodbye. Today is the last day the Periscope app will be available.

We leave you with our gratitude for all the creators and viewers who brighten the Periscope community. We hope to see you all live on Twitter.

The decision to close Periscope came after the service saw a drop in users, perhaps not surprising considering that most of the app’s functionality has been gradually incorporated into Twitter.

“Over the past couple of years, we’ve seen declining usage and know that the cost to support the app will only continue to go up over time,” Twitter said in a message last year when it first announced that it was planning to shut down Periscope.

It added: “Leaving it in its current state isn’t doing right by the current and former Periscope community or by Twitter. We still believe in the power of live video to solve impactful problems, which is why we’ve brought most of the core capabilities of Periscope into Twitter.”

The company said that disruption caused by the ongoing pandemic meant that the livestreaming app had survived a little longer than originally planned.

Periscope set up in 2014 and launched the following year after Twitter bought the company for a reported $100 million.

At the beginning it created a lot of buzz, prompting many people to try livestreaming from their smartphone for the first time. For a short while rival livestreaming app Meerkat appeared to threaten Periscope’s success, but with Twitter putting its full weight behind its own horse, Meerkat failed to compete and soon closed.

Over time, Twitter took many elements of Periscope and folded them into its own app, while other social media companies also doubled down on their own efforts to include livestreaming functionality.

How to find, add, edit, and delete your contacts in Gmail

Apple’s Smart Watch For Allowing Us To Do Self Monitoring