How to Tell If Your Smartphone Battery Needs Replacing 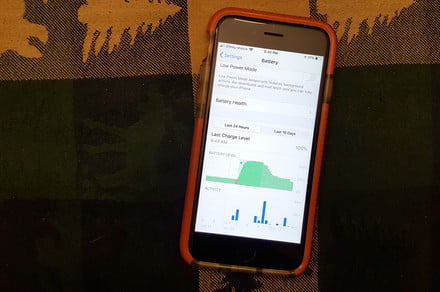 Nothing lasts forever — especially not smartphone batteries. Those tiny lithium-ion powerhouses that run your iPhone or Android phone are all consumables, which means they have a limited life span. The longer you hang on to your device, the more your battery will degrade, and eventually, it will have to be replaced.

Smartphone batteries don’t usually just conk out. There are telltale hints over time, mostly relating to your phone’s performance. You may notice that the device is slow to respond to taps and prompts or that apps take longer to launch or respond to commands. Or, perhaps your phone drains more rapidly than in the past, is slower to power up, never powers up to 100%, shuts down unexpectedly under normal conditions, or will not run unless it is plugged into the charger. Other, more ominous signs include the phone heating up while charging or feeling thicker (perhaps the result of a ruptured battery), or perhaps there are no signs of life no matter what you do. Any of these circumstances can signal a failing, dead, or even hazardous battery.

Other performance hits could be caused by a battery-intensive app or an operating system feature (like iOS 13 and its infamous battery drain) that can make diagnosing battery issues difficult.

Current iPhone and Android operating systems can provide some hints to warn you of the demise of your battery that may prepare you for the ultimate decision on what to do. Sadly, changing smartphone batteries isn’t as simple as swapping out a flashlight or remote control. Replacing smartphone batteries can be costly and time-consuming.

Apple provides a host of tools in its more recent operating systems that assist you in determining the health of your battery and give you solid intelligence on whether or not it needs replacing anytime soon. For Android phones, the OS is less helpful, but that doesn’t mean you are completely in the dark as to your battery’s condition. Here’s how to tell if your smartphone battery needs to be replaced.

How to tell if your iPhone battery needs replacing

In late 2017, Apple acknowledged to an outraged customer base that it had deliberately and secretly throttled some of its older phones to stabilize performance caused by aging batteries. Starting with iPhone 6 and iOS 11.3 you can go to Settings > Battery > Battery Health, a tool that reveals significant information about the current condition of your battery, and even recommends if a battery should be replaced. You can disable the performance management feature — though you would risk unexpected shutdowns if your battery is degraded.

When you tap on Battery Health,  you can easily see the relevant statistics. Maximum Capacity is a percentage that measures current capacity versus 100% when your battery was new. A range of that percentage is normal, though a healthy battery should retain about 80% of its original capacity at 500 charge cycles. If capacity falls below 80%, Apple recommends replacing the battery.

You can observe whether the performance management feature, which manages the iPhone’s maximum performance and prevents shutdowns, is enabled and you can switch it off on any iPhone 6, 6 Plus, 6s, 6s Plus, SE, 7, and 7 Plus. This feature is enabled only after an unexpected shutdown on a device whose battery peak power is diminished. If you disable performance management, you can’t turn it back on, but it will automatically start up again in the event of another unexpected shutdown. The feature is included with iPhone 8, 8 Plus, and X with iOS 12.1, and in iPhone XS, XS Max, and XR with iOS 13.1.

The iPhone’s Battery Health feature can deliver several messages that give you a good idea of the current condition of your battery. Below are the messages verbatim. Message number four is the only one that specifies that your battery is severely degraded and should be replaced.

Replacing your iPhone battery is not cheap: It costs $49 for older iPhones or $69 for the iPhone X and later, if you buy directly from Apple. An Apple Authorized Service Provider like Best Buy could also do the job, or if you’re brave and handy, you could order a battery replacement from iFixit, which sells iPhone Battery Kits for models from the 4s to the 8 Plus for between $15 and $45.

How to tell if your Android phone’s battery needs replacing

Android phones do provide some controls over how you can conserve battery life and offer some information on how to control battery intensive apps. But they have fewer native res to directly analyze and salvage battery health. Older phones and Android operating systems would let you check by opening the dialer app and dialing *#*#4636#*#* and tapping Battery information to view the status of your Android device’s battery. However, I was unable to access that information on a Samsung Galaxy S6 Edge running Android 6 or on an LG V40 ThinQ running Android 9.

Some third-party apps available on the Google Play Store can help.

This app is designed to measure actual battery usage with data derived from the battery charge controller. Android calculates battery usage from device manufacturers, but this app takes it further to measure battery capacity. It uses the charge alarm to enhance lifespan, determines the wear sustained by the battery with each charge, calculates discharge speed and battery consumption per app, quantifies how long it takes before your battery will charge, and more.

With this app, you’ll get an overview of your battery’s overall health and status, with data that includes the percentage of battery power, temperature, and capacity. A battery cooler feature keeps your phone cool by lowering the temperature of your battery and slowing power consumption. It also lets you choose personalized battery saver profiles to customize settings specifically for the way you use your phone.

This app does it all when it comes to saving your battery – it manages what features are using power, documents their usage amounts, and maximizes your phone’s battery performance. When you plug your phone in, the app can show you the estimated time left until charging is complete. It also displays battery status, temperature, health, voltage, and a power profile graph. Features include customizable power saving mode, battery saver with optimization, and more.

You’ll want to cease all activity on your phone and take it to a repair shop or genius bar if it is hot to the touch or starts to swell in the middle. It’s better safe than sorry, and you don’t want to deal with something like the dangerous Samsung Note 7 exploding battery issue, in which device batteries overheated and exploded.

If you have a brand new smartphone battery that you’re using under normal conditions, you can expect it to remain at optimal functionality for at least two or three years. You can do a lot to help preserve your smartphone battery, including keeping it from extreme temperatures and charging it with care. Once your phone is two or three years old, though, battery issues will become more commonplace. Since you probably won’t have a warranty to cover the expensive cost of a battery replacement, you’re better off just buying an entirely new phone.