How to Stream High Resolution Music: Get Hi-Res Music Online

Get Hi-Res Music Online: Products featured are independently selected by our editorial team and we may earn a commission from purchases made from our links; the retailer may also receive certain auditable data for accounting purposes.

Until recently, music fans have had to face an annoying choice: use a streaming service with compressed audio, or get CDs and high-resolution music a la carte. The former is way more convenient, and gives you unlimited access to a library containing millions of songs, but the latter will sound better.

Thankfully this has changed recently, and a handful of companies have started high-resolution music streaming services, which offer convenience and audio quality.

What is High-Resolution Music?

One way to judge the way digital music sounds is by looking at its bit rate, or the amount of data that’s transmitted between the file you’re listening to, through the player you’re using, and to your ears. The more data, the better the sound (Note: the way music is mixed and mastered also plays a huge role in how music sounds. If the actual music is compressed while it’s being made, bit-rate won’t mater much).

Typical music streaming services like Apple Music or Spotify allow you to stream high-quality MP3s, which have a bit rate of 320kb (kilobytes). Music files on CDs have a bit-rate of 1,411 kbps (this is a limitation of the CD format). High-resolution music can have a bit rate of up to 9,216kbps. That’s a substantial difference, and if the music is mastered well, and you use nice equipment, you’ll notice a difference (Note: This difference may be minimized if you’ve suffer from hearing loss).

What Equipment Do You Need To Stream High-Resolution Music?

Thankfully there’s only one component you may need in order to listen to music in high resolution: a DAC (digital analog converter). Your computer, tablet, phone, TV, and stereo receiver all have a built-in DAC; it’s the component that converts digital files into sound you can hear, but not all of them support high-resolution audio files.

If you want to make the leap to high-resolution music listening on your phone, computer, or stereo, you may need a new DAC to do it. I’m recommending two DACs I’ve had good experiences with, or still use today. A lot of newer audio gear comes with support for high-resolution audio out of the box, but be sure to check, if you’d like to get the most out of your digital music. 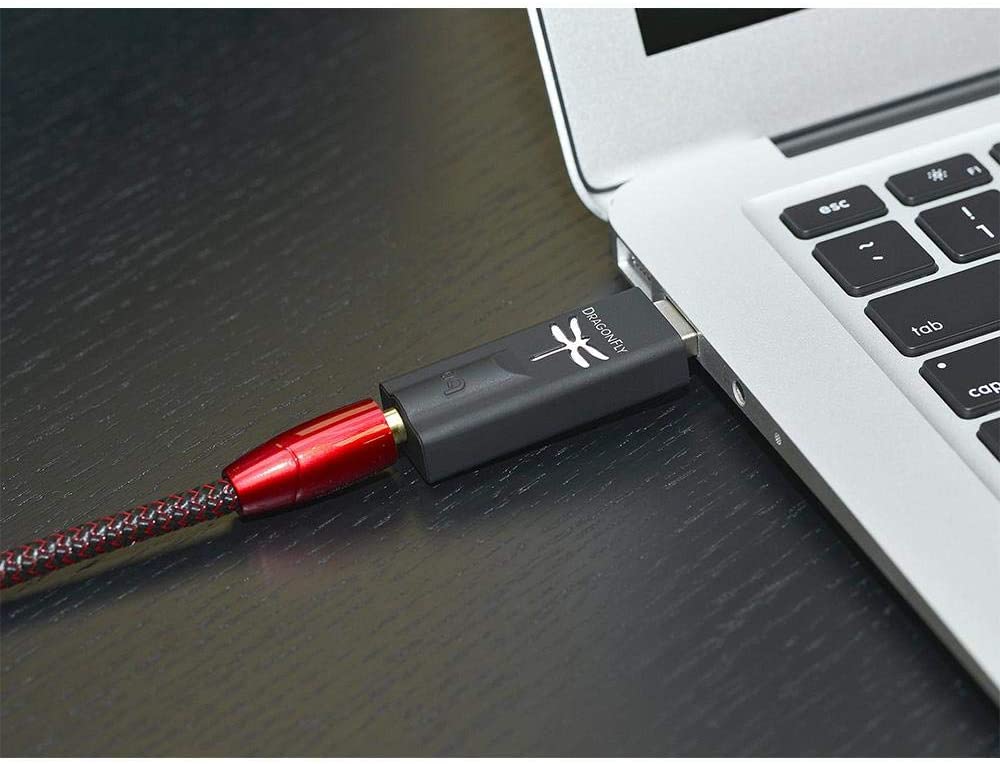 If you want to stream high resolution music on your phone, tablet, or computer, I recommend the Dragonfly Black DAC from AudioQuest. It’s about the size of a flash drive, and plugs directly into your device via USB. If you’re using a computer, you won’t need any other accessories to use it.

If you want to connect it to an iPhone, you’ll need this adapter; if you want to plug it into a newer Android phone, you’ll need this adapter. Once it’s connected, go to your device’s sound settings, and make sure the Dragonfly Black has been identified. In my experience, this has happened automatically, unless a pair of Bluetooth headphones were connected to the device at the same time.

When everything looks good, just plug your headphones into the audio out jack on the bottom of the Dragonfly DAC and hit play. I’m recommending this DAC because of its small size and ease of use, but it does have one limitation: it can only play digital files with a sampling rate of up to 96kHz.

High resolution streaming services will automatically downsample their files to the highest resolution your DAC supports. If you want to sacrifice some portability and power efficiency for 192Kz support, I recommend the Fulla 3 from Schiit audio. 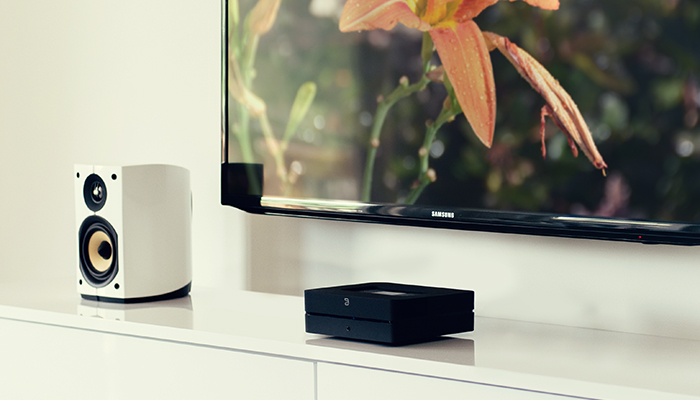 Streaming services have typically been geared towards people who want to listen to songs on the go, but if you want to experience high-resolution music at home, I recommend Bluesound’s Powernode 2i. The combination DAC, streamer, and amp is a pretty good all-in-one solution for someone who wants to get serious about high-resolution music streaming.

The reason I love the Powernode 2i is because it’s compact and capable. All you need to do is connect a pair of speakers to it, and you’re all set. The Powernode 2i supports music resolutions up to 192kHz, and the company’s BluOS app (available on iOS and Android) allows you log into some high-resolution streaming services from the amplifier itself.

You will need to connect the Powernode 2i to your WiFi network to stream music through it, but the app walks you through the process, which takes about five minutes. One of the things I really like about this amp is that Bluesound continues to push software updates to it to improve its performance. The company can also push updates that add support for more high resolution streaming services as they become available, which future-proofs it a little bit.

Finally, if you’ve already assembled a local library of high resolution music, you can transfer the files to a flash drive, plug it into the Powernode 2i’s USB port, and play the music back that way. That bonus feature is great if you’re a digital audiophile who’s still a little uneasy about going all-in on streaming.

(Note: If you’re already happy with your amp or stereo receiver, and are only interested in being able to stream high-resolution music through it, I recommend Bluesound’s Node 2i, which is the Powernode 2i without an amp. It’s available on Amazon for $549. 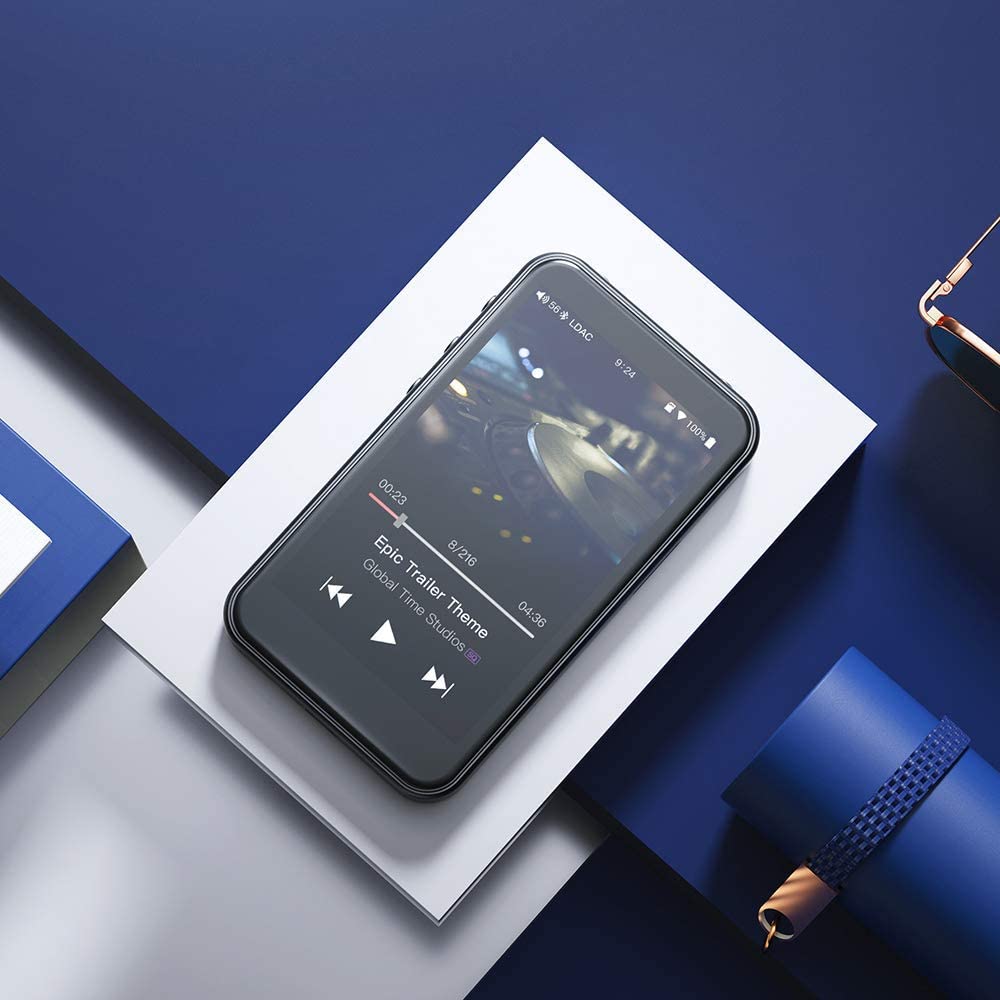 To avoid this, I recommend getting the Fiio M6, which is a dedicated portable music player that supports files up to 192kHz. It looks like a mini smartphone, complete with a touch screen, Bluetooth and WiFi connectivity, and an app store.

You can load its internal storage with music files, or play tunes directly from high resolution music streaming services. If you plan on carrying all of your music locally, you should get a high-capacity MicroSD card for additional storage.

If you want to listen to music in the highest possible quality on-the-go, and don’t want to bring a dedicated DAC with you, Fiio’s M6 is the dedicated high-resolution music player we recommend.

Which High-Resolution Streaming Services Should I Try?

High-resolution streaming services have only been around for a short time, but there’s already a decent amount of competition in the space.

All of the services offer many of the same great features: On-demand streaming from a library of millions of songs, lossless (CD-quality) music of albums not available in high-resolution, and the ability to download music to some devices for offline listening.

Because high-resolution music has more data, the files are substantially larger than the CD or MP3 versions of the same songs. This means they’ll take longer to download, and will consume a lot more data to stream. If you’re on a mobile device, and have a data plan with a monthly cap, you should wait until you’re on WiFi to stream high-resolution music from these services.

The biggest differentiating factor between high-resolution music streaming services is that some artists release their music exclusively on one or another. Ask any artist though, and they’ll tell you to listen to their tracks in as hi-res of a format as you can, so you can really experience a song the way it was intended to be heard. 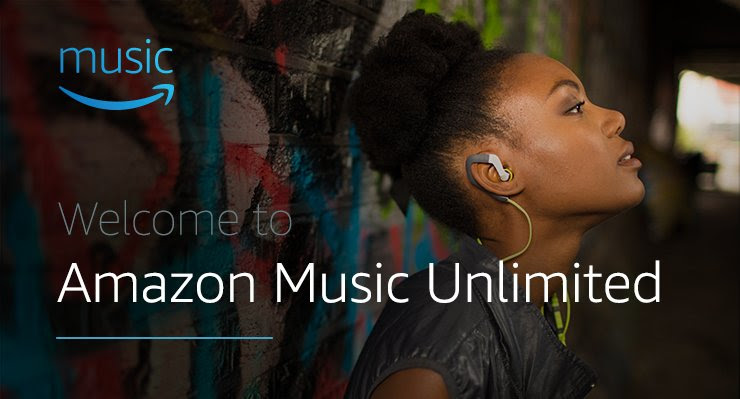 Amazon’s Music HD is the company’s newly-launched high resolution music streaming service. It boasts a library of over 50 million tracks, and a surprising amount of them are available at “Ultra HD” resolutions, which means any music over 44.1kHz (CD-quality). Some songs are available at 192kHz while others top out at 96kHz (it depends on the files Amazon was sent by labels), but the company is transparent about the sample rate.

An Amazon Music HD subscription costs $9.99 per month, but is available for $7.99 per month to Amazon Prime subscribers. If you’ve never given Amazon Prime a try, you can get a 30-day free trial — here are some of our favorite perks. Amazon is also offering a 30-day free trial for Amazon Music HD, so you can test out the service on your gear to make sure it’s worth it for you. 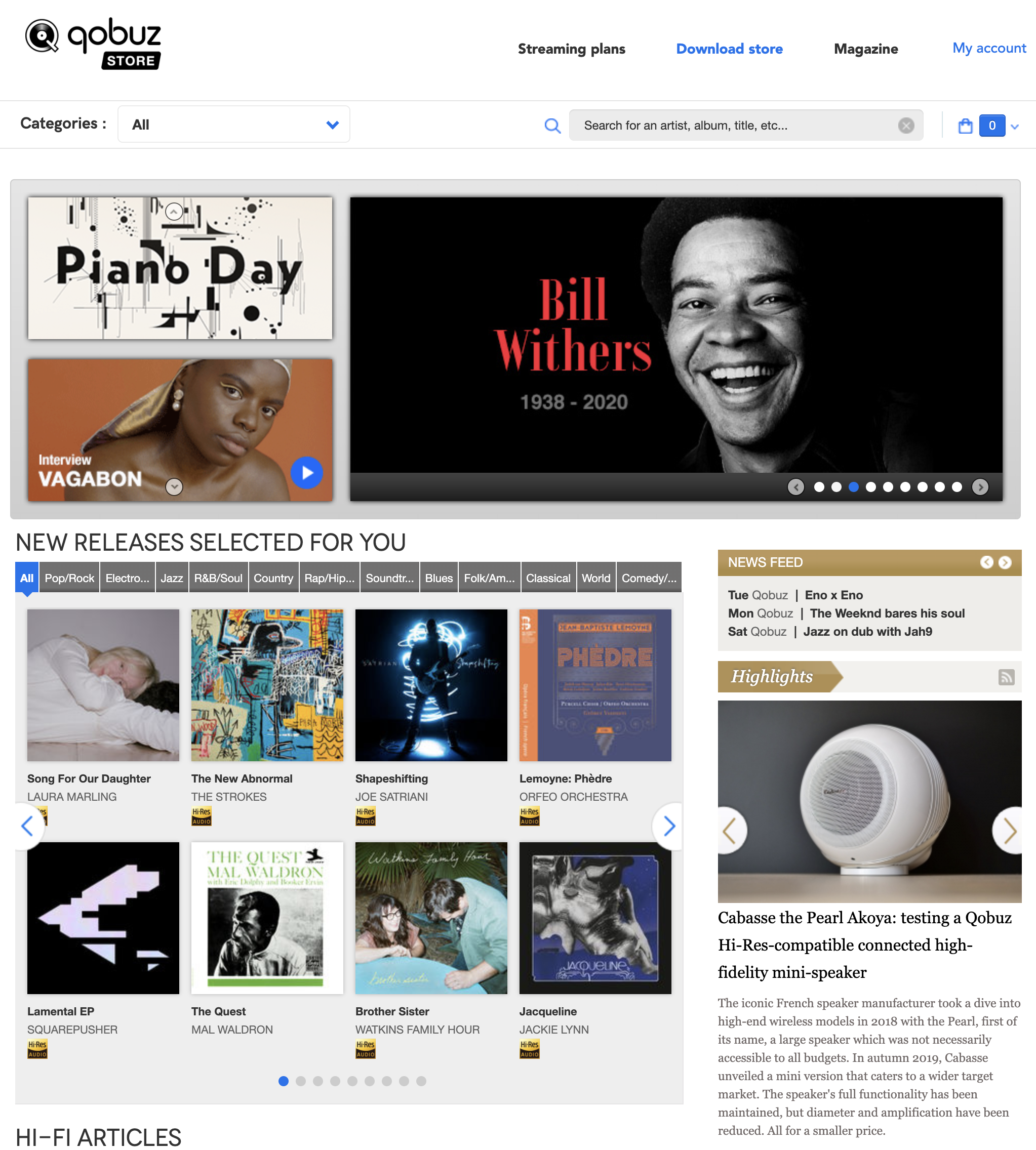 Qobuz stands out from every other high resolution music streaming service by catering to audiophiles who want the closest experience to visiting your local record store.

It’s a hybrid streaming service and digital music store, which means you can listen to a catalogue of millions of songs a-la-carte, and buy your favorite albums (in high resolution bitrates when possible) to keep forever. I like this approach because it makes it easy to discover new music, and build your high resolution digital music library.

Qobuz offers tracks at up to 192KHz / 24-bits, but its baseline is CD-quality. These downloads will sound better than the ones you’d find on Apple’s iTunes store or the Amazon Music store, which only offer compressed MP3 or AAC music files.

I’ve had a chance to test Qobuz’s music streaming service for myself, and found it comparable to its competition with one big advantage for music fans: Digital booklets. Liner notes have unfortunately fallen by the wayside in our march toward digital music, even though they provide important context for albums, especially deluxe reissues of older titles. The ability to peruse the multi-page book for The Beach Boys’ Made in California box set while listening to the songs brought back fond memories of leafing through physical booklets before deciding which albums I wanted to buy.

You can get a Qobuz Studio Premier subscription for $14.99 per month ($12.99 if you sign up for an entire year up front), which is on par with similar high resolution music streaming services. There’s also a Studio Sublime subscription tier, which includes discounts on high-resolution music purchase, and original editorial content. This plan costs $20.83 per month, and is only available as an annual subscription. Qobuz offers a 30-day free trial to try the service out for yourself.