Now that I participate in a new venture, Hitch , where we create an Artificial Intelligence platform that has the objective of Finding the ideal candidate for your ideal position I have given myself the task of understanding much better how job interviews work. Although in Hitch a good part of the selection of personnel is automated, finally the candidates always reach a last stage where they have 1 to 1 interviews with the recruiters of the companies and there the human factor is crucial.

What must be asked to really know the person? What should you look for in a candidate to know if he will work for the position? But above all, how can we assure both the company and the candidate that they will make a good match and that both will be happy, and will integrate on a cultural level?

That is why I have been reviewing what several of the larger CEOs ask or look for in their job interviews, I think this exercise can help both recruiters and candidates improve the way they do and respond to interviews respectively. Well, as most CEOs say, a team can make or break any company.

How to Spot Someone Who Will Give Good Customer Service – Tony Hsieh, Founder of Zappos 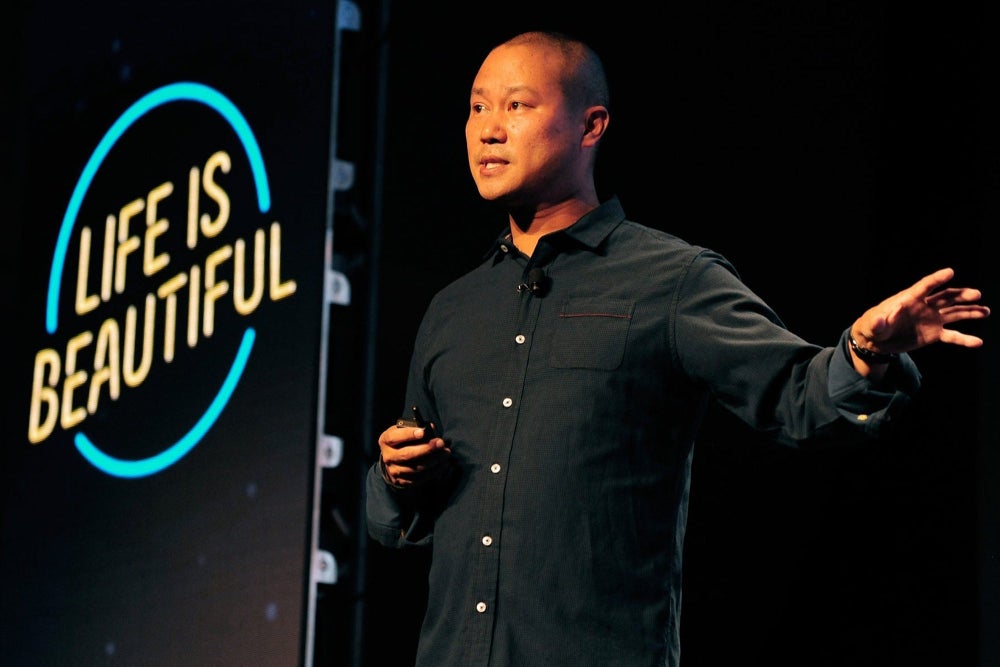 Although he died in 2020, this founder managed to build a great company. Hsieh considered that the most important thing for a candidate is how well he treats everyone around him, he assured that you can learn as much about a candidate by the way he treats others as by the way he acts in the interview in Yes.

That’s why after a candidate arrived for the interview at Zappos, recruiters always had to communicate with everyone the candidate had interacted with.

“A lot of our job candidates were from out of town,” Tony explained in an interview. “So we pick them up at the airport on a Zappos bus, give them a tour, and then they spend the rest of the day interviewing. At the end of the day, the recruiter contacts the bus driver and asks how they treated him. No matter how well the interviews went, if the bus driver was not treated well, then we will not hire that person. “

This approach was born out of Zappos’s friendly company culture and its mission to provide exceptional customer service. If a candidate is inconsiderate of those around him, then he could become an inconsiderate employee.

How to spot true intrapreneurs – Bismarck Lepe, CEO of Wizeline 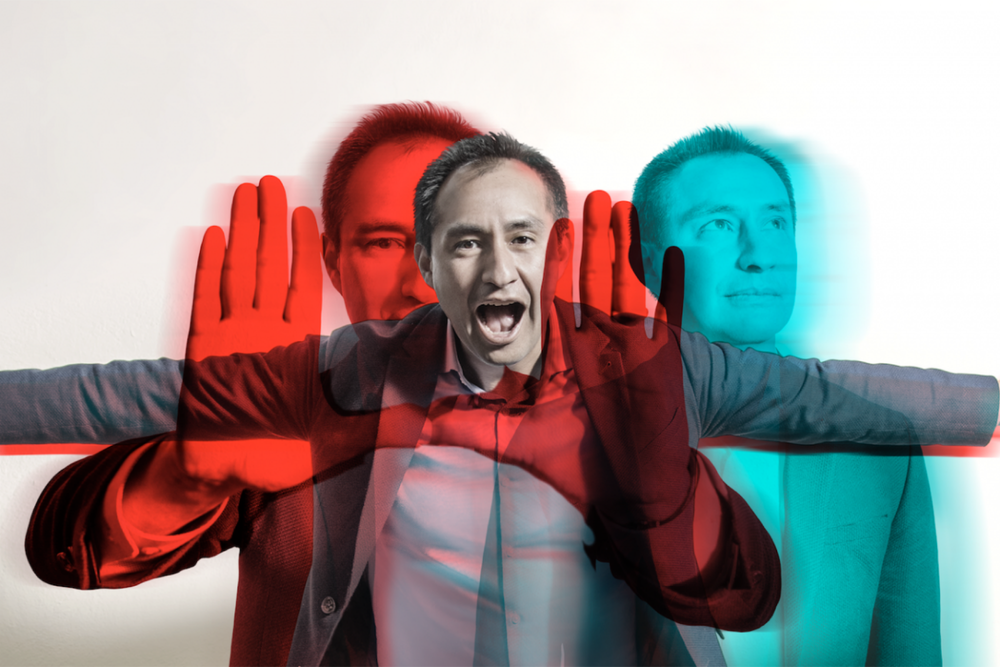 Bismarck is Mexican-American, the son of two immigrants from Juchitán, a small town in Jalisco, Mexico and was one of the first Google employees, and after a successful career in the world’s largest search engine, he spread his wings to start his own company, Ooyala, an online video platform, which Telstra bought for $ 400 million in 2014.

He later founded Wizeline, a company that he currently runs. On the Read to Lead podcast with VC Fabrice Serfati, he commented:

“In a company you need creative people, people who are entrepreneurs and who will later leave your company to start their own company. I interviewed the first 100 employees in Ooyala, and the question I asked was: ‘If I gave you 10 million dollars right now, what company would you start and the people who didn’t have an idea wouldn’t hire them. Because when you are starting a company you need creative people, people who are entrepreneurs in your company and are there to undertake to eventually leave and start their own companies. And what happened in Ooyala, there we had 650 employees, of which 50 left to start 30 companies themselves. As 22 they raised now about 300 million dollars of capital and combined they have a valuation of over 3 billion dollars ”.

How to spot toxic employees before you hire them – Arianna Huffington, CEO of Thrive Global 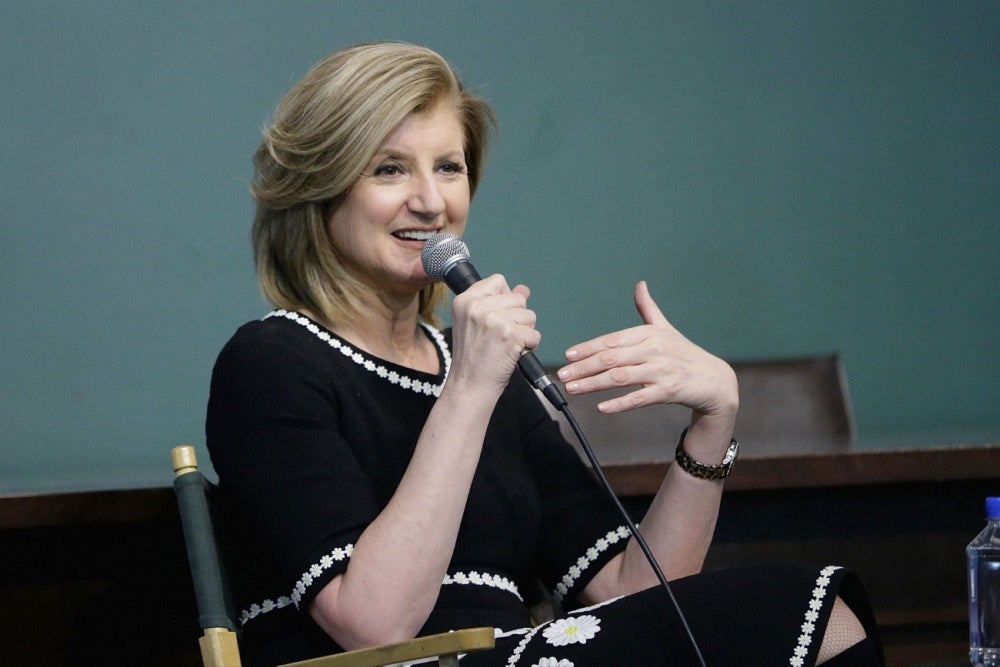 Huffington was the creator of the online newspaper HuffPost , now it has launched a new company called Thrive Global. “I’m allergic to passive-aggressive people,” Huffington said on stage at the Inc magazine conference. “Speaking behind the back of the people on your team is the easiest way to destroy a company,” he added.

Hiring is one of many areas Huffington is approaching differently with his new company. “There was a moment [inside HuffPost] where I realized that someone who was really good at their job could also be incredibly toxic.

At Thrive, Huffington, he has developed a method of detecting these types of people. “During interviews, there is a speech that I give to everyone,” he says, “I give you permission to come into my office and yell at me. But I want you to take this as my last warning. If you complain about any of your colleagues to their backs, “he said, you’ll have to get out of the company. According to her, saying this from the first interview really makes a difference, because that way you can see how people react. If they don’t like it, they can’t be receptive to their feedback and criticism which will eventually make them toxic to the rest of the team.

How to Spot a Proactive Candidate – Sara Blakely, Spanx CEO 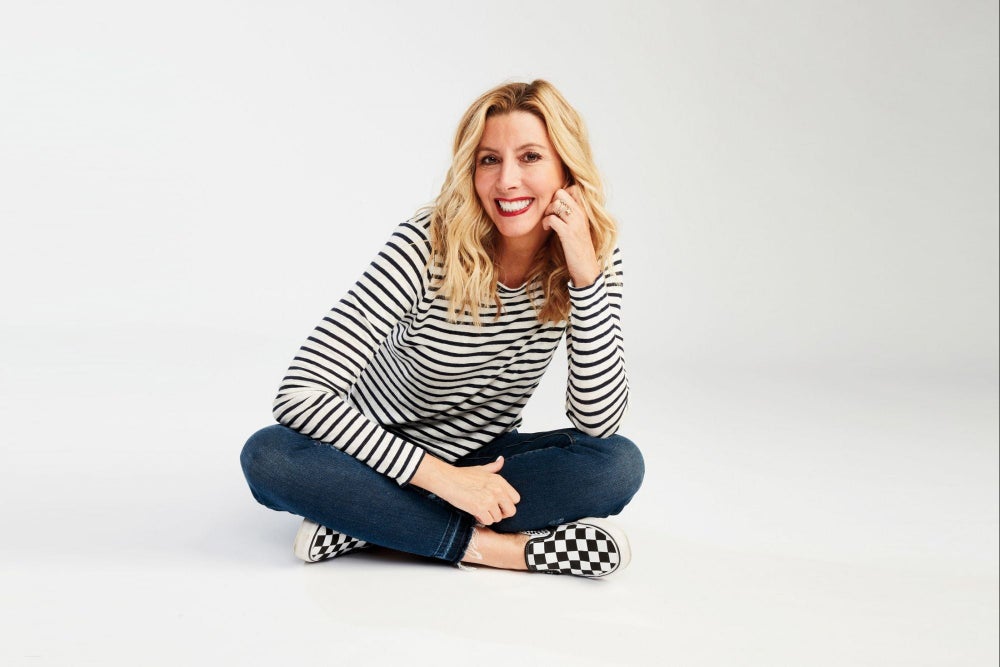 Blakely knows a thing or two about what it takes to make a great hire. One of your favorite interview strategies is to step back and watch the candidate fill in the moments of silence.

“You can learn more about a person by the questions they ask or don’t ask,” explains Sara. “So I let the candidate ask the questions. I make sure to be quiet more than half the time during our interview, and I also make sure there are a few moments of awkward silence. You usually hear the best things in those moments. “

It is in those moments when you observe how a candidate gets ahead, if he is proactive and takes the time to ask the right questions, to talk about himself, or to better understand what the company needs and expects from him.

How to Spot a Good Team Player – Jeff Bezos, Founder of Amazon 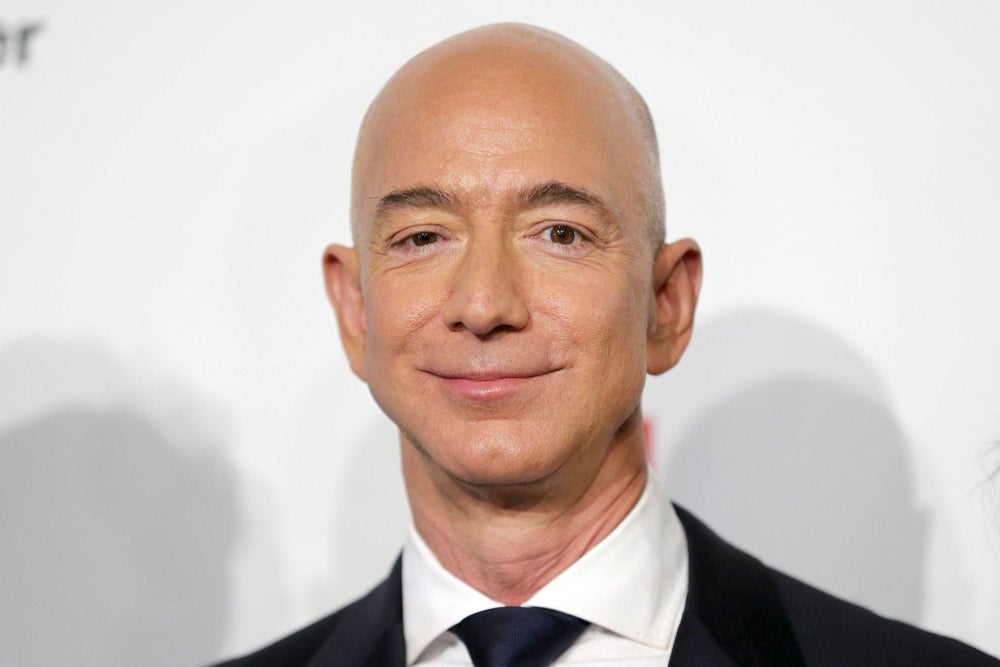 Bezos looks for candidates who positively influence the people he works with and who bring new strength to the company.

In a 1998 letter, Jeff told Amazon shareholders that it would be “impossible” to succeed “without great people.” The letter also outlined three key questions Amazon hiring managers should ask themselves to determine whether a candidate will contribute to Amazon’s continued success. These are: Will you admire this person? Will this person increase the average level of effectiveness of the group they enter? In what situations could this person be a superstar?

Amazon says the guiding principles behind these questions remain an integral part of its hiring process. The first two have to do with figuring out whether a candidate will have a positive influence on those around him, an important cornerstone of company culture. The last question may be the most interesting. Jeff explains that he seeks people with “unique skills, interests and perspectives who enrich the work environment for all of us.”

How to Spot a Creative – Bob Iger, CEO of The Walt Disney Company 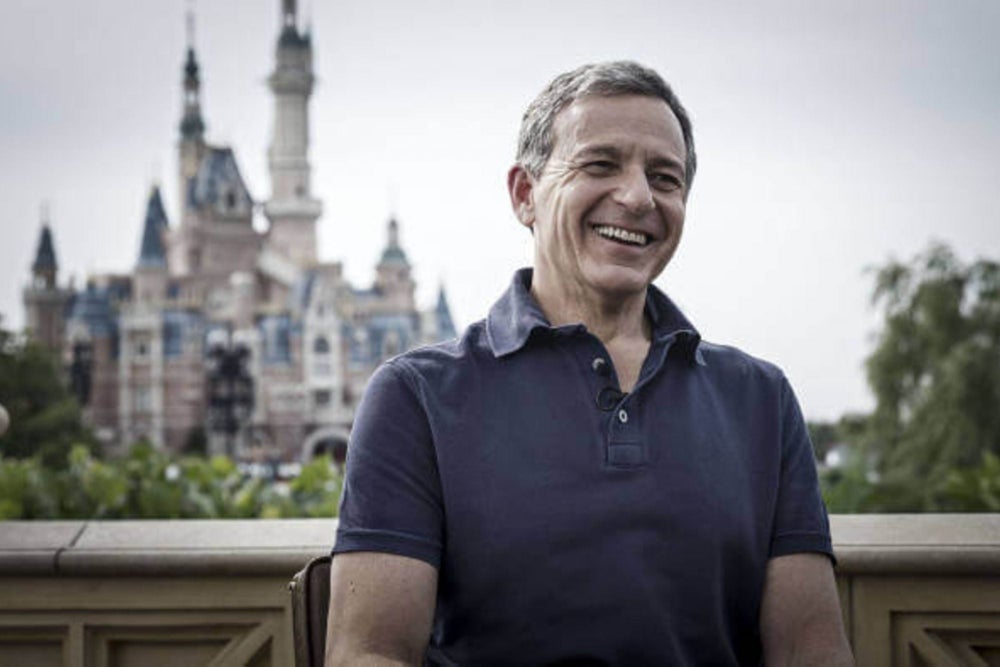 Iger looks for optimists who are not afraid of failure. Since taking over as CEO and President of The Walt Disney Company in 2005, Bob Iger has tripled the company’s annual earnings and quadrupled its share price. And at least some of that success should be attributed to the incredible team he helped build using this simple hiring philosophy: Look for optimistic people who take risks and aren’t afraid of failing.

“You can’t be pessimistic,” says Bob in an interview with Harvard Business Review . “When you come to work, you have to show enthusiasm and spirit. I believe in taking big risks creatively. If you fail, don’t do it with mediocrity, do it with something that is truly original, truly a risk. “Bob not only keeps his hires at this high level. He makes sure to meet it as a leader as well.” Nobody wants to follow a pessimist. ” He says, “If your boss is Igore (the taciturn donkey character in Winnie-The-Pooh ), do you want to work with someone like that?” 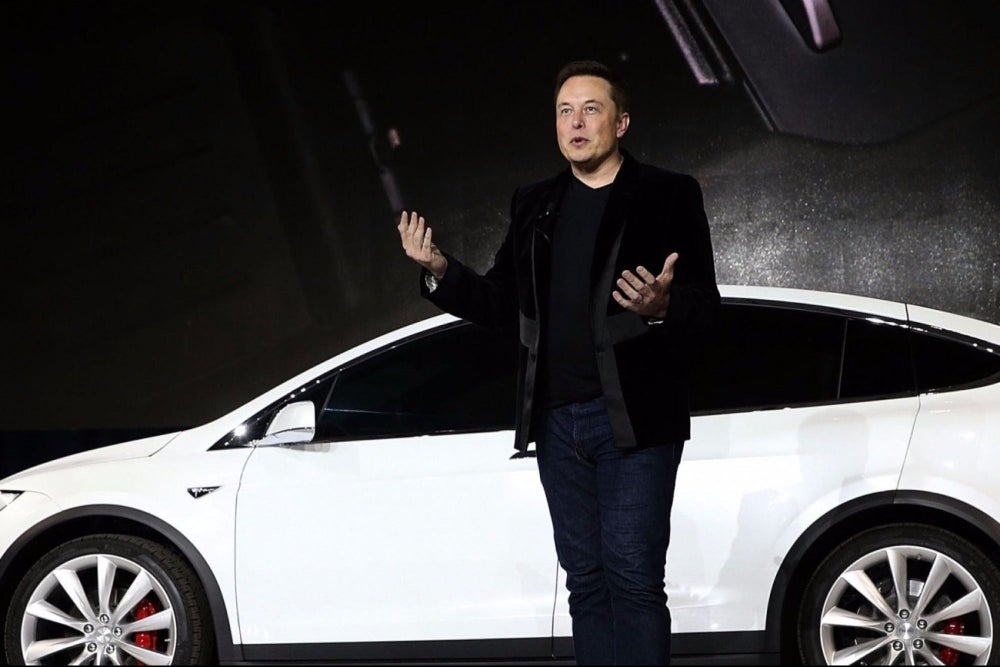 Elon Musk says hiring isn’t about the school you went to or your level of education. “You don’t have to have a college degree, not even high school,” the Tesla CEO said during a 2014 interview with Auto Bild .

Instead, Musk looks for “evidence of exceptional ability” when it comes to hiring. “If there is a record of exceptional achievement, it is likely to continue into the future,” he said. The problem is that anyone can say that they are the best at what they do, but it can be difficult, and sometimes impossible, to know if they are telling the truth.

To find out if they lie, he asks each candidate the same question: “Tell me about some of the most difficult problems you worked on and how you solved them.” Because “the people who actually solved the problem know exactly how they solved it,” he says. “They know and can describe the little details.”

Musk’s method is based on the idea that someone who makes a false claim will lack the ability to convincingly endorse it, so you want to hear them talk about how they solved a thorny problem, step by step.