How to Make a Gif on Your iPhone 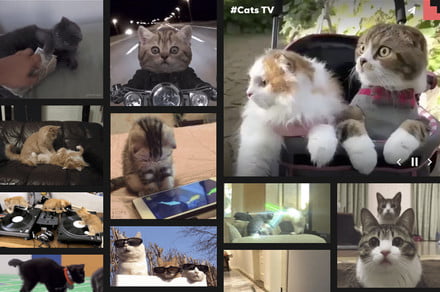 While the internet has been transformed over the last 30 years into a kind of engineering fairyland, the popularity of low-tech animated GIFs in the age of social media has held up better than most observers have imagined. Whereas in the old days, before 2000, you needed a computer-based graphical program to breathe life into a series of static images, today GIF-making is automated so that all you need is your smartphone. There are several ways to create GIFs on your iPhone, from using Apple’s Live Photos to third-party apps. We’ll show you how it’s done.

Use a live photo

You can create GIF animations easily with live photos on the iPhone. Apple debuted live photos on the iPhone 6S in 2015, and among the feature’s many attributes is that they can be easily transformed into GIFs. A live photo is actually a three-second video — the phone records video for 1.5 seconds before you tap the shutter button to 1.5 seconds after you tap — resulting in a video complete with sound. Here’s how to turn that into a GIF in iOS 14.

Choose a GIF in Messages

If you’re not captivated with building and designing your own unique GIF from the ground up, we suggest trying the GIF finder in Apple Messages. Add a GIF from the #images feature in Messages on the iPhone app to discover and share GIFs with friends and family members.

Use the Shortcuts app

In iOS 14, if you press down the Camera Shutter button for longer than it takes to take a single shot, the software will immediately launch the video camera instead of the photo burst feature, as it did in earlier versions. If you’d rather do a photo burst with various still frames at complete resolution, you have to press and hold the shutter button while moving it to the left. Be aware that this particular motion takes a while to grow accustomed to. When seen in a sequence, Burst photos mirror a flipbook animation developed to attract action or produce special effects when you don’t feel like shooting a video. They are particularly helpful in designing animated GIFs on your iPhone with the integrated Shortcuts app. We’ve researched how to do it. Follow these steps:

The free Giphy app, clearly the most famous GIF generator out today, is a study in visual madness. Facebook now owns Giphy, but the app is still available on the App Store like it always has been. The only distinction is that now you have to sign up for an account, then you must log in with Facebook, your Apple ID, or face recognition. With Giphy, you can pick from a wide range of free GIFs for every purpose you could think up. You can also use your own pictures from your photo gallery or capture a new photograph or video and decorate it with animated stickers, text, filters, and even some sweet augmented reality (AR) effects. Giphy guides you along the way, allotting as much experimentation time as you can stand before officially saving and sharing your GIF.