How Kris Jenner Went From Flight Attendant To $170 Million Woman

Today, Kris Jenner is one of the most famous women on earth with famous exes, famous kids, and $170 million in the bank. But she didn’t grow up wealthy or famous and where she started out is quite far from where she is today. Kristen Mary Houghton Kardashian Jenner started out as a rather plain flight attendant for American Airlines. So how did she go from that to the wife of two wealthy and famous men with six rich and famous kids?

Kris was born on November 5, 1955, in San Diego, California. Her parents divorced when she was seven. She has a younger sister named Karen. When she was 8 years old, Jenner discovered she had a cancerous bone tumor. It did not metastasize, and she was cleared with no evidence of disease after surgery to remove it. A few years after her parents’ divorce, her mom married Harry Shannon and the family moved to Oxnard, California. However, three months later, Shannon’s business partner reportedly took off with all the companies’ money and the family moved back to San Diego. Her mother owned a children’s clothing store and Kris worked there. She graduated from Clairemont High School in 1973. She was more interested in getting out and seeing the world than becoming a college student or a wife and mother. So, Kris got a job as a flight attendant with American Airlines. She worked as a flight attendant for about a year in 1976. 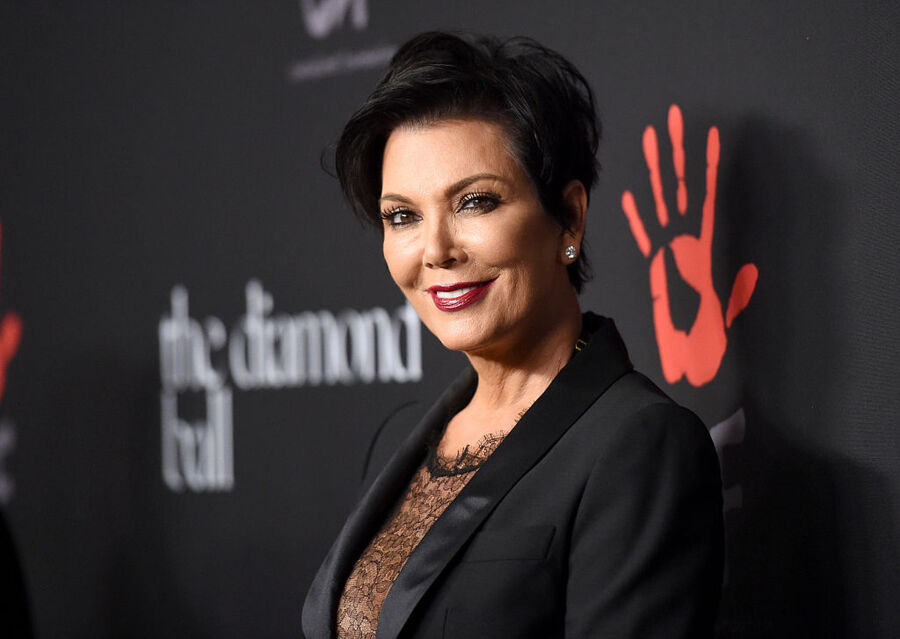 She met Robert Kardashian and married him in 1978. She was just 17 years old. At the time, Kardashian was an attorney in Los Angeles who was more famous for his friendship with former USC and NFL player O.J. Simpson. Kris became good friends with Nicole Brown Simpson, O.J.’s wife as well as the Hiltons. Kris and Robert had four children: Kourtney in 1979, Kim in 1980, Khloe in 1984, and Robert in 1987. They divorced in 1991 but remained good friends until his death from cancer in 2003. Of course, Robert Kardashian went on to become famous in his own right when he defended O.J. in his trial for the murder of his wife Nicole.

Kris married former Olympic gold medal decathlete Bruce Jenner one month after divorcing Kardashian in 1991. They had two kids together: Kendall in 1995 and Kylie in 1997. She gave Kendall the middle name Nicole after her late friend Nicole Brown Simpson. Kris and Bruce had a glamorous, jet-set lifestyle. She started to hone her P.R. and “momager” chops by acting as Jenner’s manager. She negotiated his endorsement deals and promoted his racecar driver career.

In 2007, Kris Jenner met with producer Ryan Seacrest and pitched a reality show idea that would feature Kris and her family’s everyday life as celebrity influencers. She was given the idea by television producer Deena Katz, who had visited her quirky home, was entertained by what she experienced, and realized the reality show potential. Seacrest had his own production company and sent a cameraman to capture the family in their natural habitat home life. He reviewed the footage and decided to move forward with the project, keeping the popular MTV show “The Osbournes” in mind as an inspiration. From there, “Keeping Up with the Kardashians” was born. The show was picked up E! entertainment network, and Jenner moved forward as executive producer. The show highlights the drama that comes with having a blended, celebrity family and many children of similar ages. It also focuses on the business ventures and personal lives of the Kardashian and Jenner kids. The show debuted on October 14, 2007.

“Keeping Up with the Kardashians” has joined the ranks of one of the longest-running American reality television series. The 18th season of “Keeping Up with the Kardashians” premiered on March 26, 2020. The show will end after the 20th season in 2021. The show has made the entire family massive stars with incredible wealth. It has also spawned a number of spinoffs, including: “Kourtney and Khloe Take Miami,” “Kourtney and Kim Take New York,” “Khloe and Lamar,” “Rob and Chyna,” and “Life of Kylie.”

“Keeping Up with the Kardashians” made Kris and her kids the most talked about family on earth. The Kardashian-Jenner kids have gone on to launch beauty