Since the prehistoric era, tattooing has existed for different types of reasons, applications, and purposes. It is claimed that tattooing has existed since 12,000 BC as a practice practiced around the world. The word “tattoo” is even etymologically linked to the Tahitian words “tatu” or “tatau” which mean “to mark” or “to strike”.

Now, as a practice thousands of years old, there is surely a lot to discover when it comes to the history of tattooing. Today, we’re looking at the most tattoos in the world, per person. But, we know so little about tattoos and how they came to be what we call traditional tattoos.

That is why we decided to present our readers with a brief overview of the history of tattooing. So, without further ado, let’s go!

The most common definition of a tattoo is a mark made by inserting pigment into the skin, both on human or animal skin. Tattoos are also described as a form of body modification or as a form of identification (you’ll see why a bit later). As such, tattooing has been a ubiquitous practice throughout human history.

Believed to be a practice thousands of years old, tattooing is known to have been practiced by people in Polynesia, Europe, East Asia, Africa, South America, and more. Almost every culture in the world has encountered tattooing in one form or another. Therefore, in the following paragraphs, we will answer the 5 most burning and common questions about the history of tattooing!

History of Tattoos: Origin and Meaning of Tattoos

1. What is the oldest tattoo ever found?

The oldest tattoo ever discovered on human skin is that on the body of Otzi the Iceman. The date of the tattoo is believed to be between 3370 and 3100 BC. This proves that tattoos date back to at least Neolithic times, which the mummified Otzi proves.

Additionally, some of the oldest tattoos ever found are said to be the tattoos of mummies found in the Egyptian pyramids. These are believed to have occurred during the ear of ancient Egyptian civilization. Archaeologists believe that tattoos as a practice spread from ancient Egypt to Greece, Persia, Arabia and China around 2000 BC.

Tattooed mummies have been recovered from at least 49 archaeological sites across different countries and continents (including Greenland, Siberia, Alaska, Mongolia, Sudan, China, Philippines, Andes, etc.). The mummies include the Amunet mummies, said to have been the priestess of the ancient Egyptian goddess Hathor, as well as the Siberian mummies of the Iron Age Pazyryk culture.

2. What was the original purpose of the tattoos?

The initial purpose of the tattoo, or body marking, cannot be reduced to one. The purpose varied from culture to culture, tribe to tribe, country to country. However, some of the common reasons people got tattoos thousands of years ago include;

Marking of status and rank, spiritual symbolism and devotion to a religion/belief system, decorating or showcasing bravery, kingship or even fertility, tribal marking and ranking, marking of soldiers, marking of criminals and , of course, punishment and symbolism of slavery.

Moreover, the purpose of the tattoo was not the same for women and men. Generally, women get tattoos for decorative purposes, such as sexual lures or to highlight their marital status. In some cultures, women would get tattoos to show off their skills, which would give them the status of being ready for marriage. It was a practice in the culture of Borneo, for example.

Also in Japan, girls coming of age got tattoos to show their place in society, as did married women. Women from other cultures, such as Kayan women, had the tribe to which they belonged tattooed.

3. How did modern tattoos appear?

It is believed that the journey of modern tattoos began in the 1690s when William Dampher (sailor and explorer who traveled the South Seas) reintroduced the art of tattooing to the London public. Upon his return from Polynesia, Dampher brought back a heavily tattooed Polynesian man named Prince Giolo.

Often referred to as the Painted Prince, Giolo was ‘shown off’ to Londoners, who paid to see him and observe what were called ‘outrageous tattoos’. It would take Londoners and the West another 100 years to embrace tattooing.

To be exact, in the 1700s Captain Cook returned from his trip to the South Pacific with a man named Omai, who was also heavily tattooed. This time, the man is making a splash and the upper class is following the new tattoo trend.

However, the exact moment modern tattoos became as we know them today was when Samuel O’Riley patented the first electric tattoo machine in 1891. The patent was actually based on the pen. Electric Thomas Edison which was intended to pierce paper with a needle point. However, actual modern tattoos are done using tattoo machines with electromagnetic coils. The first coil tattoo machine was patented by Tom Riley in 1891.

Things changed after World War II and the emergence of so-called biker-style tattoos, popularized by movie star like Marlon Brando. Between the 1950s and 1960s, thanks to the hepatitis epidemic, which was associated with tattoos, having tattoos meant you were either infected or criminal.

Things changed again in the late 1960s, early 1970s, when an increasing number of people started getting tattoos. In the late 1990s and early 2000s, tattoos grew in popularity, especially in Europe, North America, and Japan. From this stems the current tattoo culture, where tattoos are strongly associated with pop culture and are seen as quite a common thing.

4. What are the negative associations regarding tattoos throughout history, and why do they exist?

Although tattoos have been around for thousands of years, they remain taboo subjects in some cultures and aspects of modern life. For example, people with tattoos have a harder time finding a job; even if they are more than qualified for a position, they are less likely to get a job simply because of their visible tattoos.

Visible tattoos are thought to make a person seem less professional, more associated with illegal things and a clandestine lifestyle (which in the majority of cases couldn’t be further from the mainstream). truth). Society still fuels negative associations when it comes to tattoos. But why is this so?

Historically, tattoos have always been associated with criminals, underground lifestyle, mafia, prisoners, gangs and other criminal associations. Indeed, historically, hundreds if not thousands of years ago, tattoos were used to mark criminals, slaves, people of lower status, people of “eastern or exotic” descent. , etc. While none of these things are used or accurate these days, it’s hard to completely eradicate the negative perception of tattoos, especially among the older population.

5. How have people tattooed themselves throughout history?

Throughout history, different cultures have used different methods to obtain tattoos and body markings. The oldest instrument people used to get tattoos was a wooden handle with a sharp point, said to have been used around 3000 BC. AD (discovered by archaeologist WMF Petrie). Other instruments, such as flattened bronze needles, have also been found at the archaeological sites of Abydos, which are believed to have been used for tattooing and body marking. These are dates from 1450 BC.

African tribes would cut the designs directly into the skin and rub the wound with ashes and other agents, to act like ink. Even today, some tribal cultures continue to use the same practice for body marking.

It is believed that the majority of ancient tattoos were made by hand tapping ink onto the skin using sharp objects, such as wooden handles or animal bones. These tattoos are known as “hand” tattoos, which are still done today using needles and modernized tools.

As for ink, it is believed that the ancients used “ink” made by burning wood or oil and mixing it with water. Some cultures used soot mixed with breast milk to create tattoos. Others would use plants and leaves to create a dye or pigment. For example, Celtic and Pictish warriors dried and boiled the plant known as woad, to make a thick paste that could be pressed into the skin using a sharp object.

Ancient Japanese tattoo artists used a special ink known as Sumi, from the city of Nara. It was made from hand selected pine branches and bone glue. The branches were burned with sesame oil, then the soot was picked up by hand and kneaded with bone glue. This would create a paste, which was a perfect canvas for adding flavors and dyes. Then, from the paste, small blocks were created, which the tattoo artists mixed with water to create liquid ink whenever they needed it.

And that was our brief overview of the history of tattoos, as we know and love it today. It is good to know that tattooing is a historical practice and an incredible form of body decoration. We hope you liked our brief overview and we invite you to definitely continue your research and exploration of the world of tattoos. There is so much to unpack and discover, which will hopefully make your love for tattoos even deeper. Moreover, with all this information, you can become the star of any social gathering with your friends. 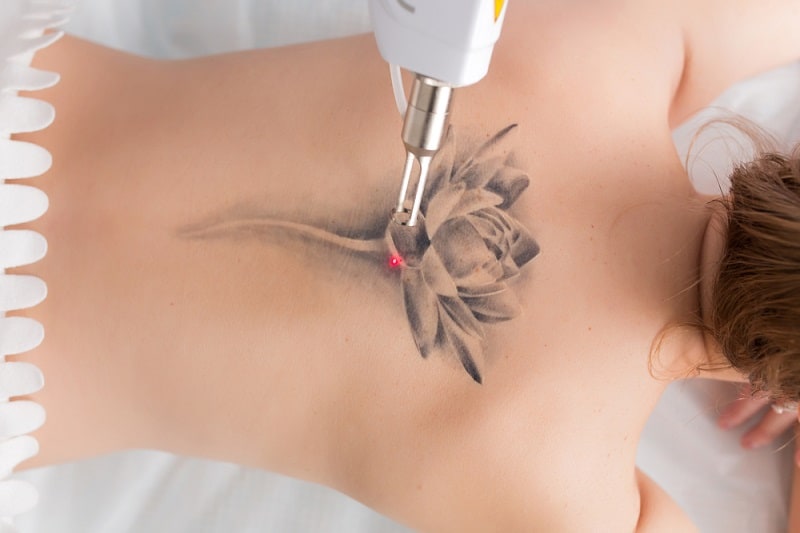 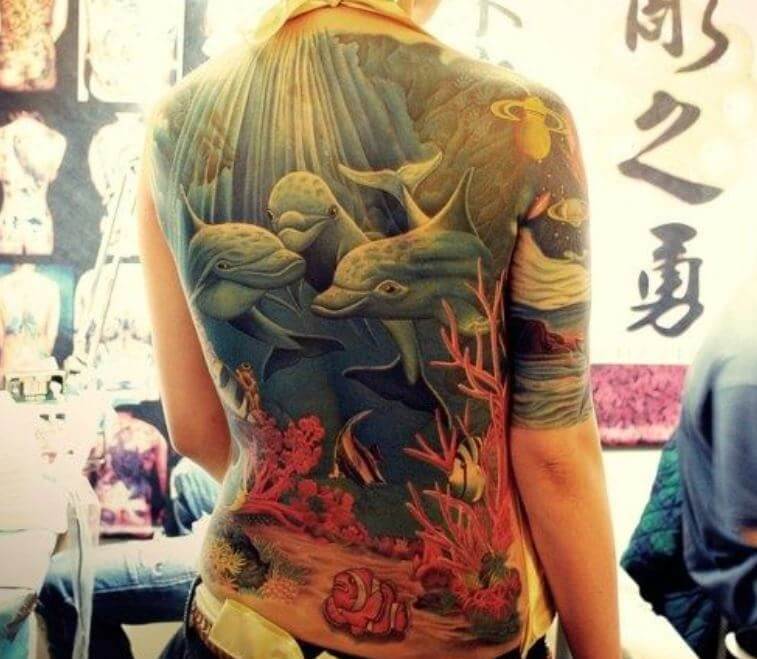 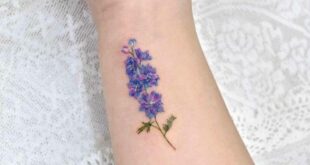 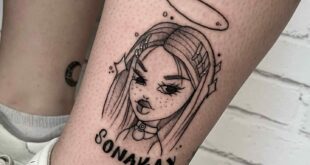