Kwon Ji-yong is a famous South Korean rapper, singer-songwriter, record producer, entrepreneur as well as a fashion designer who is known by his stage name ‘G-Dragon’. He is also the leader of the hip hop boy band “Big Bang”. His stage name G-Dragon is an English translation of his surname as Ji is pronounced as ‘G’ and Yong means Dragon in English. He started his music career at the age of 5 by joining the music group Little Roo’Ra. After having released a Christmas album, their record was terminated by the record company. Then, he was scouted by SM entertainment and he trained for five years under the record label. As of August 2009, he released his debut solo album “Heartbreaker” which sold more than 4 Million copies earning him Album of the Year at the 2009 Mnet Asian Music Awards. The single ‘Heartbreaker’ is considered one of the best-selling singles in South Korea of all time. His first EP One of a Kind (2012), was critically acclaimed and had three singles: “One of a Kind”, “Crayon”, and the chart-topper “That XX”. He was awarded Artist of the Year at the 2013 Mnet Asian Music Awards following the success of his second album Coup d’Etat (2013). He made his debut TV show appearance in the South Korean game show, “Family Outing”. As of 2016, he was declared the most influential person under 30 in Asia’s entertainment and sports by Forbes Magazine. He is also active in social media with more than 8.7 Million followers in the Twitter account @IBGDRGN, more than 19.3 Million followers in the Instagram account @xxxibgdrgn, more than 1.89 million subscribers on his YouTube name under the name OfficialGDRAGON, and more than 7 million followers on his Facebook account under the name @gdragon.

South Korean outlet Dispatch reported that two of the world’s biggest K-pop stars, Blackpink’s Jennie Kim and BIGBANG’s G-Dragon have been secretly dating for “about a year,” their entertainment company YG addressed the rumors head on-and didn’t quite deny them. YG Entertainment said in a statement, per All K-Pop, “We cannot confirm anything.” The company added, “We can’t confirm anything about our artists’ private lives. We ask for your understanding.” Dispatch also wrote that their relationship was an open secret at YG Entertainment and that Jennie’s manager there would drop her off and pick her up from G-Dragon’s place. A source close to the two told the outlet, “A lot of people in YG noticed their relationship. Jennie’s mother is also aware of their relationship. She is thankful to him for his thoughtful care.” 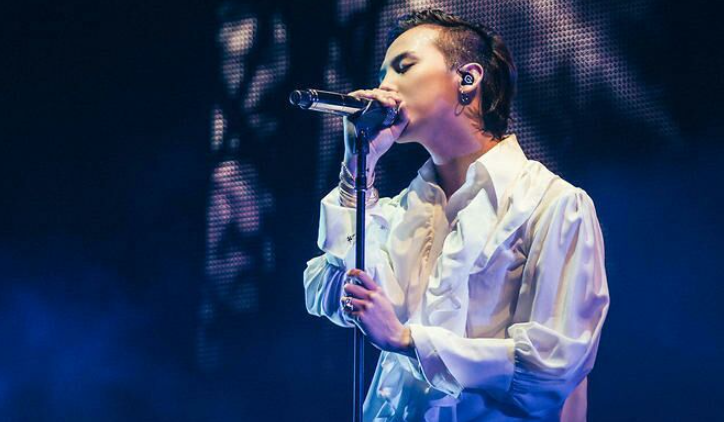 What is the Real Name of G-Dragon?

G-Dragon was born on 18th August 1988 in Seoul, South Korea with the real name of Kwon Ji-Yong. He holds South Korean nationality and his race is South Korean-Asian. His race is Asian. As of 2020, G-Dragon celebrated his 32nd birthday. Leo is his Zodiac sign and his religion is Christian. He was born to his parents; Kwon Young-Hwan (father), Han Gi-ran (mother). He also has a sibling; an older sister named Kwon Dami who owns a fashion boutique called Rare Market. As per his education, he went to the Seoul Korean Traditional Arts Middle and High school. After completion of his school education, he got enrolled at the Gyeong Hee University from where he majored in Post Modern Music. He later dropped out due to his busy schedule, and instead majored in Leisure Sports Studies at Gukje Cyber University, obtaining a Bachelor’s degree in 2013. He graduated in 2016 with a Master’s degree in content and retail distribution at Sejong University.

How was the Career of G-Dragon? 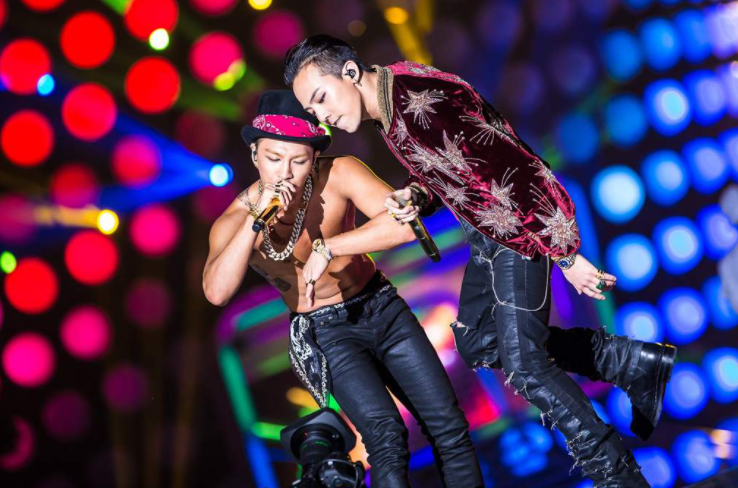 Who is G-Dragon Dating?

G-Dragon is not married and he is still to get married yet. Thus, he does not have a wife. As of today, he is in a relationship. He is dating his beautiful girlfriend whose name goes by Jennie Kim. By profession, she is a South Korean K-pop star who is the vocalist of the famous South Korean girl band, Black Pink. As of February 2021, it was revealed that G-Dragon was reportedly dating Jennie. Dispatch revealed that the pair have been dating for a year. Dispatch claims that sources have spotted Jennie and G-Dragon meeting secretly, as reported by Soompi. Jennie reportedly meets G-Dragon every day after she is done with her activities for the day. On 31st January when Blackpink was holding their online concert, Jennie was spotted leaving G-Dragon’s house in the morning. The lovebirds are enjoying their present time a lot without any disturbances.  His sexual orientation is straight and he is not gay. 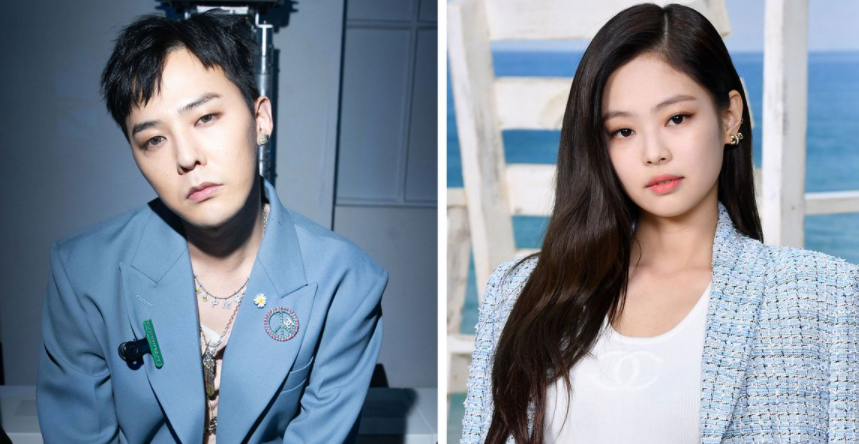 Everything You Need To Know About Jennie

Regarding the past affairs of G-Dragon, his name has been linked with Kiko Mizuhara, Komatsu Nana, Sulli, Sandara Park. In the year 2011, he was rumored to be dating Kiko Mizuhara. The couple was first seen together in July at the amusement park. Then, they were spotted at his birthday party in August 2013. Later, they separated. Then, his pictures were leaked on Instagram having dinner with Komatsu Nana. Also, the pictures of them hanging out together were leaked in November 2016. Their relationship also could not last long and they split. Then, he started having affairs with actress and singer, Sulli. The dating rumors first surfaced in early February after they were pictured hanging out at the Lotte World amusement park with Ga In and Goo Hara. After dating Sulli, he was in a relationship with Sandara Park.

About Jennie Kim’s past affairs, she was initially rumored to be dating RM. Then, she started having affairs with Kim Jong-in in October 2018.

What is the Net Worth of G-Dragon?

The multi-talented rapper, singer-songwriter, record producer, entrepreneur, and fashion designer; G-Dragon has made a net worth of $30 Million as of 2021 whereas his net worth was estimated to have $40 Million as of 2018. G-Dragon started his singing career at the age of 11 and he is still active in the music industry. Till now, he has released many songs, albums, singles and has done several concerts, tours, and more from where he has made a cool amount of money. His major source of wealth comes from his singing career. His solo album “Heartbreaker” is one of the most successful albums of 2009, making sales of over 200,000 copies and winning the Mnet Asian Music Awards for Album of the Year. Back in August 2015, he was selected as the Asian ambassador for the global rental company, Airbnb. After then, he has endorsed YG Store, Shinsegae, Kappa, Vidal Sassoon, Nike Air Vapormax, BSX Korea, LG U+’s LTE8, The Saem Red Lipstick, and more. In the year 2017, he was chosen as the brand ambassador of Jeju Island’s first premiere resort complex Jeju Shinhwa World, G-Dragon directly participated in the development, designing, and planning of the concept of the resort complex. He is one of the highest-paid celebrity endorsers in Korea, easily commanding $2-3 million per endorsement deal. As of today, he is living a luxurious lifestyle from his earnings.

How tall is G-Dragon?

Standing tall at the perfect height of 5 ft 10 in or 178 cm, G-Dragon’s body builds/body type is slim. His balanced weight consists of 67 Kg or 148 lbs. His hair color is naturally dark brown and he has a pair of dark brown eye colors. He frequently dyes his hair in bright and vibrant hues. He has a slight body frame with unique hairstyles and colors. His other body measurement is still to get publicized yet. On 17th May 2018, he was reported to have undergone surgery on his right ankle due to previous injuries. He is pretty fond of body art and is reported to have got more than half a dozen tattoos, including “Forever Young” tattooed vertically on the side of his torso.