Elopements; Something that used to be a bit rare, but these days with all Kovid restrictions they are big and very trendy. To be honest if I was planning my wedding this year with all the changes and all the different guidelines, I think I might have gone so far and ended. After months of guest lists, all family politics, and simply upheavals thought of not being able to please you and your partner, Elopements seem more and more desirable in this current climate. So today I have this gorgeous allopment shoot for you, to show you how adorable it can be. The shooting took place on 14 June at Le Var in Le Trayes, France and was put together by Studio Balzac and a small team of talented suppliers. The couple Audrey and Ricardo were celebrating their first anniversary, which was a great way to celebrate their love.

Audrey and Ricardo were celebrating their first anniversary and I wanted to recreate their interests. 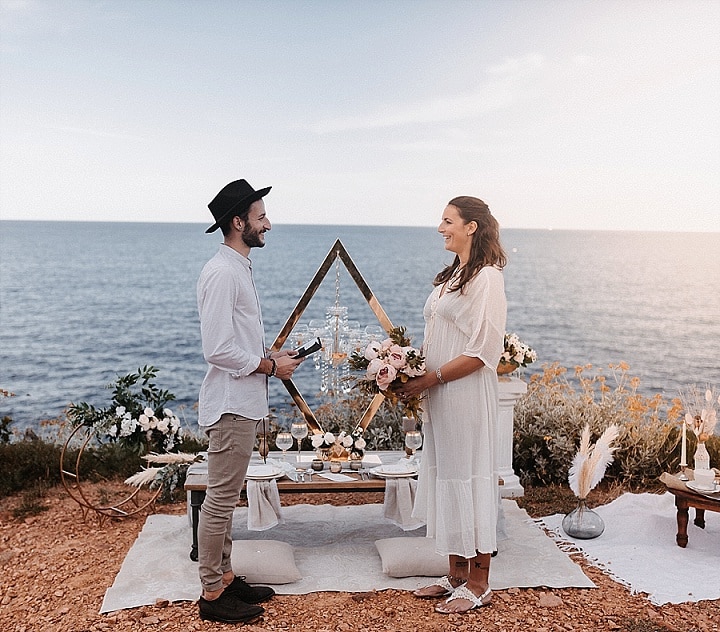 Audrey and Ricardo met at an early age. They inadvertently shared a general love for the journey, which they later met on one of their many journeys. Inspired by his adventurous spirit, his photo shoot was an elegant and charming affair, with the gorgeous south of France serving as the backdrop. My main goal was to capture moments of this true love in the end.

The photo shoot took place on the red stones at the famous location of Trayes on the French Riviera. During the shoot you could hear the sound of waves hitting the rocks and touching the mist of the sea. My inspiration was the love they carry each other. And again, photography is my passion and I’m always ready for some style shoots.

The suppliers that made the shoot possible

This site uses Akismet to reduce spam. Learn how your comment data is processed.