Dopesick: The new Hulu limited series Dopesick adapts Beth Macy’s investigative bestseller about the causes of the opioid epidemic — and, specifically, the role that the family-run Purdue Pharma company and its chairman, Richard Sackler (Michael Stuhlbarg) played in getting America hooked on OxyContin. Pharma execs and sales reps insisted that the painkiller was both nonaddictive and long-lasting. Neither claim proved true, a fact that Sackler and his underlings tried to conceal by insisting that the drug’s failures were actually signs of patients suffering “breakthrough pain.” The only treatment for that condition, they said? You guessed it — even more OxyContin, which only decreased the medication’s effectiveness and increased its addictive qualities, on and on, until whole communities were being destroyed.

This is, unfortunately, the narrative philosophy of Dopesick itself. In isolated moments, the miniseries functions exactly as prescribed, offering a devastating portrait of how Purdue helped turn us into, as DEA agent Bridget Meyer (Rosario Dawson) puts it, “a pill-popping zombie nation.” More often, though, the drama’s emotional impact fades too quickly, and chief writer and producer Danny Strong (Empire) attempts to compensate by doubling the dosage. Individual episodes feel too long, and Dopesick as a whole seems to have no business lasting eight-plus hours, repeating various logistical and thematic details again and again with diminished effectiveness each time.

Strong becomes the latest prestige-TV creator to fall in love with nonlinear storytelling to his own detriment. Dopesick bounces around from 1996, when Purdue put OxyContin on the market, through two federal investigations into the drug’s effect on society that unfold over the course of a decade. One is Meyer’s DEA operation; the other involves Virginia prosecutors Rick Mountcastle (Peter Sarsgard in a really distracting wig) and Randy Ramseyer (John Hoogenakker), who eventually learn that Bridget already tried and failed to bust Purdue. Though Bridget attacks the problem from different angles than Rick and Randy do, shifting between the two cases creates a feeling of redundancy. And introducing Bridget after her attempt has crashed and burned undercuts every scene where she seems to be making progress. It’s meant to offer dramatic tension, and to illustrate just how invulnerable a corporation like Purdue can seem, but it doesn’t work. And good luck keeping track of the miniseries’ four timelines — one for each investigation, one for Richard Sackler, and one for Michael Keaton and Kaitlyn Dever as two victims of the crisis — without a conspiracy board handy. As is usually the case, the fractured narrative creates more problems than it solves, making it harder to connect the dots from various Purdue tactics to the ways in which ordinary people are harmed by them. One episode opens with a chyron declaring that it’s one year later than the previous installment, but what does that mean in a story where the action is constantly scrolling between eras? 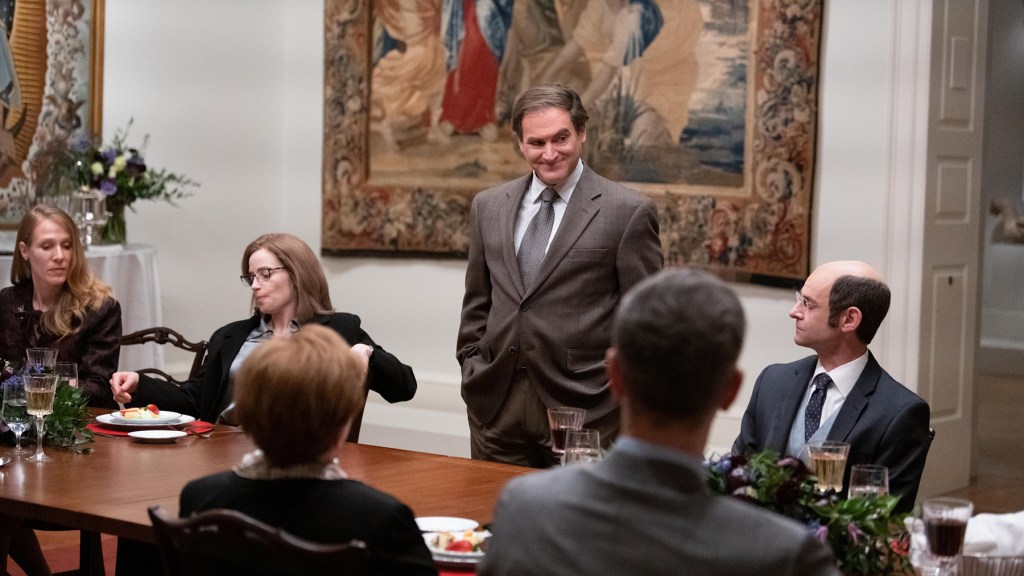 Keaton and Dever play fictional composite characters living in and around the coal mining industry. He’s Samuel Finnix, an idealized country doctor who knows all his patients and even makes house calls in the mid-Nineties. She’s one of those patients, Betsy, a young woman hiding her sexuality from ultra-religious parents (played by Mare Winningham and Ray McKinnon) while joining the family business mining coal. Both are excellent, and a more effective example of Dopesick trying to put a human face on the epidemic than various sluggish scenes depicting the crumbling of Bridget’s marriage to Paul (Raúl Esparza). And the latter is still far preferable to anything with Richard Sackler, for whom Strong, Stuhlbarg, and Barry Levinson (who directed the early episodes) don’t seem to have a take beyond “sociopathic supervillain.” This may, in fact, be a fair assessment of a businessman who wreaked so much devastation in pursuit of profits — and, the series argues, in a misguided attempt to impress relatives who never much cared for him — but it’s much too simplistic and caricatured an approach to merit the amount of time devoted to him here. Still, even the subplots with Samuel and Betsy drag on too long and repeat certain ideas over and over ad nauseam.

The miniseries’ best scenes tend to involve Rick and Randy. They’re not especially dynamic characters, but in a way that helps the series along. Strong and his collaborators successfully use the pair to identify all the ways that Purdue managed to manipulate both federal regulators and the American medical establishment to put this intense, addictive drug into the medicine cabinets of people suffering from pain that was mild at worst. There’s a chilling scene where Randy winds up in the hospital for an unrelated medical issue and his doctor and nurses keep trying to talk him into taking OxyContin, despite his repeated protests. And as the two prosecutors untangle the web of corruption, favor-granting, and sloppiness that allowed Purdue to take OxyContin to market, Dopesick can at times take on the satisfying air of a Spotlight, about the Boston Globe’s expose of sex abuses in the Catholic church, or any dramatization of dogged investigators exposing the sins of establishment powers. There’s just not enough of that relative to everything else, including an unconvincing subplot about young Purdue sales rep Billy Cutler (Will Poulter) developing qualms about the product even as his wicked colleague Amber (Phillipa Soo) keeps telling him to relax and enjoy the spoils.

This is an important story, worth telling in the grand tradition of fact-based miniseries like And the Band Played On (about the AIDS crisis’ early days in San Francisco, to which which one character here compares the opioid explosion) or some of Strong’s past HBO projects like Recount and Game Change. Yet the approach here somehow leaves the tale feeling both too sprawling to be contained within only eight hours and too self-explanatory to require such a heavy course of treatment. 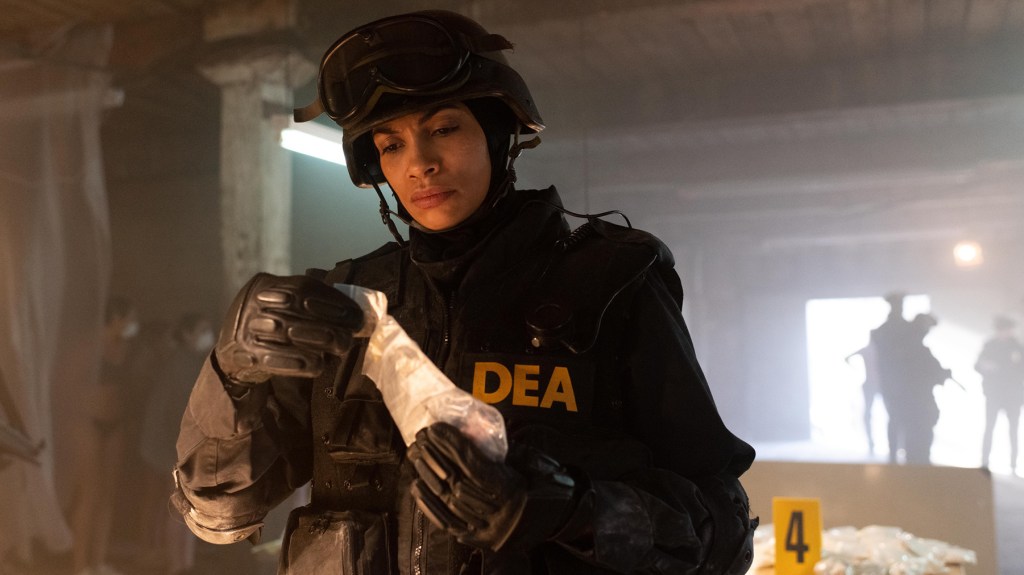 The Best Technology Horror Movies of All Time

‘Dune’ Review: Villeneuve Turns the Sci-Fi Classic Into a Blockbuster