Skip to content
Home » Technology » Don’t Worry, A Charger Will Come With The OnePlus 9
Technology

Don’t Worry, A Charger Will Come With The OnePlus 9 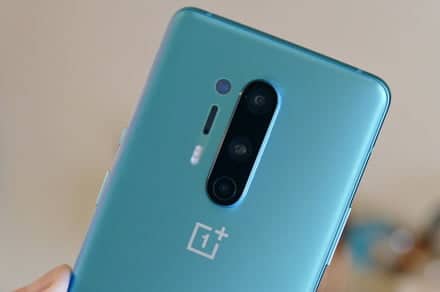 OnePlus is gearing up to release the OnePlus 9, and the company is also gearing up to counter a somewhat detrimental smartphone trend – the lack of a charging brick with new phones – in the process. In response to a question from a potential customer, CEO Pete Lau confirmed that the next phone will come with a charging cable and a charging brick in the box.

It might seem trivial to note, but just like the headphone jack, it’s no longer a guarantee that your new smartphone will come with an accessory that was once taken for granted. In a trend popularized by Apple and the iPhone 12, some other phone makers have chosen to start shipping their phones in smaller boxes without charging bricks, as most users already have chargers lying around and can easily be removed. ‘pass it. It is also avoided for environmental reasons aimed at reducing electronic waste from excess chargers.

The difference these actions make for e-waste is still up for debate. Ruediger Kuehr, responsible for the Sustainable Cycles Program (SCYCLE) hosted by the United Nations University, said in an interview with Wired last year: “The percentage of chargers coming from tablets, smartphones, etc. accounts for 0.1% of the total increase in electronic waste. “

OnePlus phones use the company’s proprietary Warp Charge technology. The Warp Charge 30T charger included with the OnePlus 8 Pro fully charges the battery in under an hour, and even its wireless charging is fast, with a 50% charge taking just 30 minutes. To achieve these speeds, you need to use a Warp Charge charging brick and OnePlus’ USB Type-C cable, otherwise it will just charge at normal, slow speed. If OnePlus takes the time to develop fast charging and then uses Warp Charge as a selling point, you’re unlikely to force yourself to pay extra for a charge brick to make it work.

The OnePlus 9 series launches on March 23, and in addition to talking about battery and charging, we’re excited to see how a supposed partnership with Hasselblad camera experts works. We will have full coverage of OnePlus 9 on release day.