Common iPhone X Problems, and How to Fix Them 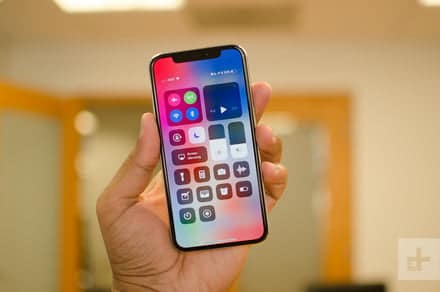 The iPhone X is completely different from any of its predecessors. It was the first iPhone to boast a stunning OLED screen, as well as the first to do away the iconic iPhone home button.

Like any smartphone, there are always a few issues that crop up. We’ve compiled a list of common iPhone X problems after scouring through support threads and forums, and we also have fixes and workarounds to make sure your new iPhone keeps working perfectly.

If you’ve owned the iPhone X since its launch in 2017, chances are you’ve encountered more lag and slow downs in performance over the years. This isn’t anything new with iPhones and smartphones in general, and you’re not alone. Users on Reddit and Apple support forums have barked at the idea of stuttering, and its primary culprit appears to be battery health.

The iPhone X’s speakers provide excellent audio quality, but they’re still susceptible to debris and dust. In a recent Reddit thread, users have been complaining that their iPhone X speakers sound muffled or can only be heard when switched to landscape mode. While there isn’t a definite solution, here are some possible fixes that should yield positive results.

We’ve seen a few people complain about the iPhone X dropping calls in the Apple support forum. This is one of those issues that has a lot of potential causes, including your network and location. Nevertheless, there are some things you can try to reduce or eradicate dropped calls.

Read More:   The Galaxy Tab S8 has renewed my faith in Android tablets

Quite a few people have been having trouble with iPhone X charging. Threads at the Apple support forum describe the iPhone X refusing to charge at all, slow charging, or wireless charging not working properly.

It seems as though people have been complaining about the GPS in the iPhone X for quite a while. There are multiple threads at the Apple support forums about GPS struggling to get an accurate fix, drifting around, or just not working.

A few iPhone X owners have been suffering from a touchscreen glitch that seems to result in the screen reacting without being touched and sometimes in the screen not responding to touch properly. There are several threads at the Apple support forum about these issues, and Apple has acknowledged that some iPhone X displays “may experience touch issues due to a component that might fail on the display module.”

People have quickly gotten used to unlocking their iPhones with their faces, but it seems that Face ID has not been performing perfectly for everyone. Posts in the iMore forum and the MacRumors forum describe an increasingly erratic Face ID which inexplicably fails some of the time. This issue may crop up after a software update.

We’ve seen a few reports at the Apple forums and the MacRumors forum about the iPhone X screen refusing to turn back on, refusing to turn off, or freezing up intermittently. There are a few possible causes of this.

Shortly after the release of the iPhone X, Apple put out a statement about the OLED display used in the phone. The company noted that over time, “image persistence” or “burn-in” could appear. Burn-in occurs when a static image is left on the screen for a long time and gets burned into the display permanently. For example, if you leave your iPhone X screen on for quite a while sitting on the home screen, the icon of an app may get burned into the screen, so much so that you can see its faint outline when watching a video.

Apple is being proactive here and warning users that burn-in could occur on the iPhone X in the future, as OLED screens are often prone to the problem, but it’s not likely to happen to most people.

A number of users on Reddit have reported that the iPhone X stops working when they are in cold temperatures. The problem typically only lasts a few seconds, though some users have experienced a longer freeze-up. Luckily, Apple is aware of the problem and is working on a software update that should address the issue.

According to an Apple Insider report, a handful of iPhone X users see a continuous green line on one side of the screen. The line doesn’t appear immediately after turning the phone on, but after being used for some time. Samsung, the iPhone X display manufacturer, had a similar problem with the Samsung Galaxy S7, which indicates that the problem is hardware-related rather than a glitch in the software.

Several users have noticed a crackling noise when they use their iPhone X’s speakers at a higher volume. (Many of these reports were seen among Apple forums, Reddit, and in the MacRumors forum.) For now, this problem doesn’t seem to be affecting many people, but there’s concern that a hardware replacement won’t solve the issue. iPhone 8 users experienced a similar crackling issue with their speakers until Apple released a patch to reverse the bug. The company is currently trying to find the of the problem and determine if it’s hardware or software that triggered the iPhone X issue.