Common Google Pixel 3 Problems and How to Fix Them 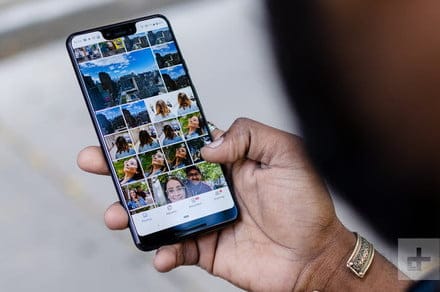 The Google Pixel 3 and Pixel 3 XL are a little more than a year old now. While they’re still receiving the latest software updates like Android 10, many users have reported issues, bugs, and glitches with their devices.

The health and safety of smartphone batteries have improved drastically over the last few years. Companies like Samsung, for example, implement an 8-Point Battery Safety Check on all their devices. But under harsh conditions and reckless smartphone handling, any battery has the chance to expand and eventually break. Unfortunately, this has been the case for many Pixel 3 users who have found the back of their phones lifting outward and discovered a protruding battery.

Problem: Boot looping after an update

Boot looping has plagued certain Android devices for years, and sadly, it’s happening on Google Pixel 3s as well. You’ll know if your phone is boot looping when it stays on the starting sequence or repeatedly restarts but never reaches the lock screen. This occurs when there’s a software or hardware change in the device that hinders its performance.

The Pixel 3 has had its fair share of photography problems, which is unfortunate for a phone that’s topped our list of the best camera phones since its release. The latest problem is that photos are simply disappearing from people’s albums. Multiple people have complained that they’ve taken photos across the span of a night and viewed those photos immediately afterward, only to find that some images have simply disappeared. People have checked the Trash folder but to no avail.

This bug seems to occur on both the Pixel 3 and the Pixel 3 XL, and one person has even had this problem on the Android Q beta.

Have you noticed text messages on your Pixel device disappearing? You’re not going crazy. According to a report from Android Police, the latest Pixel 3 security update is causing some text messages to disappear on some devices.

Google acknowledged the problem quickly, and promised a fix would be rolling out soon. However, that was back in November 2018, and it seems people are still waiting, with one complaint coming in on December 31.

The Pixel 3’s camera is incredible, but quite a few people are noticing the camera app itself can sometimes take a while to start up. Starting the camera app on older Pixels had always been a snappy affair, so it was puzzling to see it taking a few seconds to load on the Pixel 3. We have confirmed this problem on our Pixel 3 XL, and it even extends to snapping a picture. Where there’s supposed to be zero lag when you tap the shutter button, we’re seeing the Pixel 3 take up to four seconds at times to actually capture the photograph. That’s bad, and frustrating. We reached out to Google.

“We’ve been investigating some reports of camera sluggishness,” a spokesperson told Digital Trends. “We have an update for Camera rolling out in the coming weeks that should improve performance.”

This is an issue that affects anyone charging with a non-Google-branded wireless charger. Because of the weird way Google has set up its wireless charging, it’s not possible to access fast 10W wireless charging on any pad that hasn’t been made by Google. However, the Pixel 3 still displays a “Charging Rapidly” message — even when charging using the slower 5W speeds. It’s not the biggest problem in the world, but it can be annoying if you don’t know about it.

Bug: Music app closes when you open the camera app

Some people have reported that opening the camera app while listening to music seems to cause the music app to close in the background, stopping the playback of the music. This is another bug that seems to be related to memory management on the Google Pixel 3 and Pixel 3 XL. We were able to replicate the problem, both with Spotify and with Google’s own YouTube Music.

Because the issue seems to be related to memory handling, it’s very likely we’ll see a software update fixing the issue in the near future. It’s possible the issue is actually the same problem causing photos not to save — and that it all comes down to issues with the Pixel 3 not handling its 4GB of memory well enough. While the fix wasn’t included in November’s patch for the Pixel 3, it was included in December’s.

Issue: Phone is locked to Verizon

The Google Pixel 3 and Pixel 3 XL are Verizon-exclusive phones, basically meaning that Verizon is the only carrier in the U.S. with the right to sell the phones. Some owners, however, have reported that the Pixel 3 from Best Buy was also locked to the Verizon network, meaning users couldn’t buy the phone and activate it on another network. Once the phone was activated on Verizon, it was then unlocked — meaning you could only then use it on another network.

Thankfully, it seems as though Verizon has, at least temporarily, unlocked the Pixel 3 completely. The unlocking was sent to Pixel 3 phones through a software update — so you should be able to set up your phone without a SIM card, update it, then activate it on whatever network you choose.

Many people can relate to the stomach-sinking feeling when you’ve taken a photo and realize after the fact that it was never actually saved. No one wants their pictures to be lost forever, and, unfortunately, a large number of Reddit users have reported this issue specifically with the Google Camera app. They say the problem appears to happen whenever they take a photo with the app and then switch to another app or lock their phone too soon after. Some users have said that their lost pictures were eventually recovered in their image gallery, but the photo never shows up right away, and it doesn’t reappear often.

On occasion, the Pixel 3 and Pixel 3 XL can face memory allocation issues, which tend to happen during the HDR conversion. If you close out of your camera app or shut down your device before HDR rendering is finished, you may lose your photo. To avoid this issue, double-check that your device is updated to the latest software. Google did try to address this specific problem in December’s update. However, some users are still reporting lingering camera problems.

Our smartphones and handheld tech devices run on some complicated software; there are so many things they’re trying to cover and accomplish at all times. This is why continuous updates are necessary. Eventually, every device faces an issue like this. Updating your device’s operating system is a straightforward and painless way to try and fix it.