Speaking to CNN Sport’s Amanda Davies on Instagram Live, Becker said: “Maybe Roger Federer is enjoying his free time because none of his records can be broken.”

The trio won a combined total of 56 Grand Slam titles; Federer leads the way with 20, Nadal is 19 while Djokovic has won 17.

“Of the three guys, [Novak] must be the most upset. He hasn’t lost a match yet [in 2020], he won the ATP Cup for Serbia, he won the Australian Open, then he also won Dubai. ”

Becker added that even if Djokovic would never say it publicly, “deep down,” he would be frustrated that he could not play at the moment. 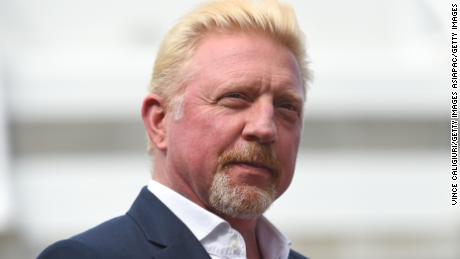 The German thinks that Nadal will join Federer on 20 titles soon.

“I expected Nadal to win the French this year, as he has done 12 times, so he would have matched Roger’s 20,” said Becker, who added that he thought Wimbledon “would be the only chance I think Roger can still win a major – on the grass. ”

Becker also said that while there is “great respect among the big three”, the demands of professional tennis and their grand slam rivalry make the idea of ​​close friendships between the trio difficult to adapt.

Becker conceded that while Federer, Nadal and Djokovic admire and get along, the relationship only extends to sharing a training ground and potentially sitting together in the players’ lounge ” has a seat available “.

He continued: “Do they call each other in London, Paris, New York and say,” Hey buddy, do you want to go to dinner? ” I doubt.” 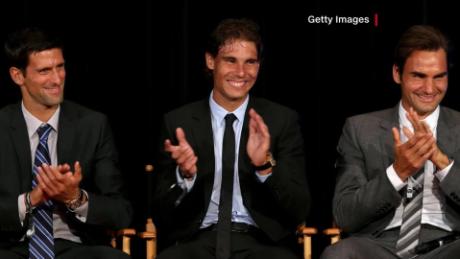 The six-time grand slam winner, who coached Djokovic between 2014 and 2017, described this type of relationship between tennis icons as “understandable”.

“Think of the Formula 1 drivers,” he said. “Think of Lewis Hamilton eating with Sebastian Vettel. Impossible!
“Look in football: the captain of Liverpool is spending a vacation with the captain of Man United. I think it’s impossible

“I think there is respect, admiration, and I don’t think they speak badly [of each other] in public.”

Federer has said of Nadal in the past, while they “understand each other very, very well,” he didn’t think they were best friends.
Djokovic said in turn about Federer that the couple had a “very good relationship” and that they “respected each other” but said “we are not friends” because of their competition on the court.
Andy Murray predicts tennis will be ‘one of the last sports to get back to normality’

Barcelona vs Napoli: How Barca ‘lost its soul’

Following the deaths of George Floyd and Breonna Taylor, NBA players have made their voices …