Even if you don’t follow baseball, you’re probably familiar with Billy Beane, the famously pioneering general manager (and current executive vice president of baseball operations) of the Oakland Athletics, and the man who is commonly believed to have changed baseball with his data-based “sabermetric” approach to building better rosters, a process chronicled in the film “Moneyball” which starred Brad Pitt as Beane. Now, the Wall Street Journal reports that Beane’s long career with the A’s and in baseball in general could be coming to an end due to some new business deals in the works.

Basically, a merger between Beane’s RedBall Acquisition Corporation and Fenway Sports Group, a sports conglomerate that includes the Boston Red Sox among its holdings, is in the works. If it goes through, Beane would have a financial stake in both the A’s and the Red Sox, a situation that would be a conflict of interest according to Major League Baseball’s own regulations on the matter. Rather than jump ship from the A’s to the Red Sox, Beane would instead step away from baseball altogether and focus on acquiring more soccer teams for Fenway, which currently owns Liverpool FC. 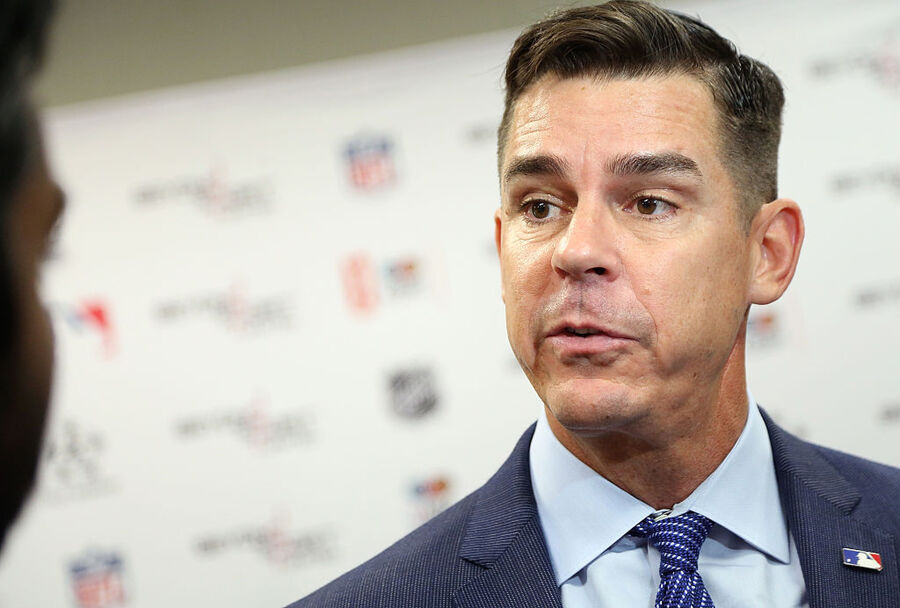 The deal is said to involve an acquisition of almost 25 percent of Fenway Sports Group stock by RedBall for $8 billion, but it hasn’t been finalized. An interesting twist to the story is that Fenway Sports Group is run by John Henry, the billionaire who famously attempted to poach Beane from the A’s to the Red Sox with the promise of a $12.5 million salary and the potentially game-changing combination of Beane’s “Moneyball” system with much greater financial resources. That didn’t happen, but Henry has been trying to work with Beane in more recent years, hoping to bring his sabermetric expertise to soccer as well, a sport that Beane also has an interest in with minority stakes in two soccer clubs already.

If the report is true and Beane is set to exit baseball, it would end a relationship with the A’s that goes all the way back to 1989, when Beane first joined the team as a free agent outfielder.